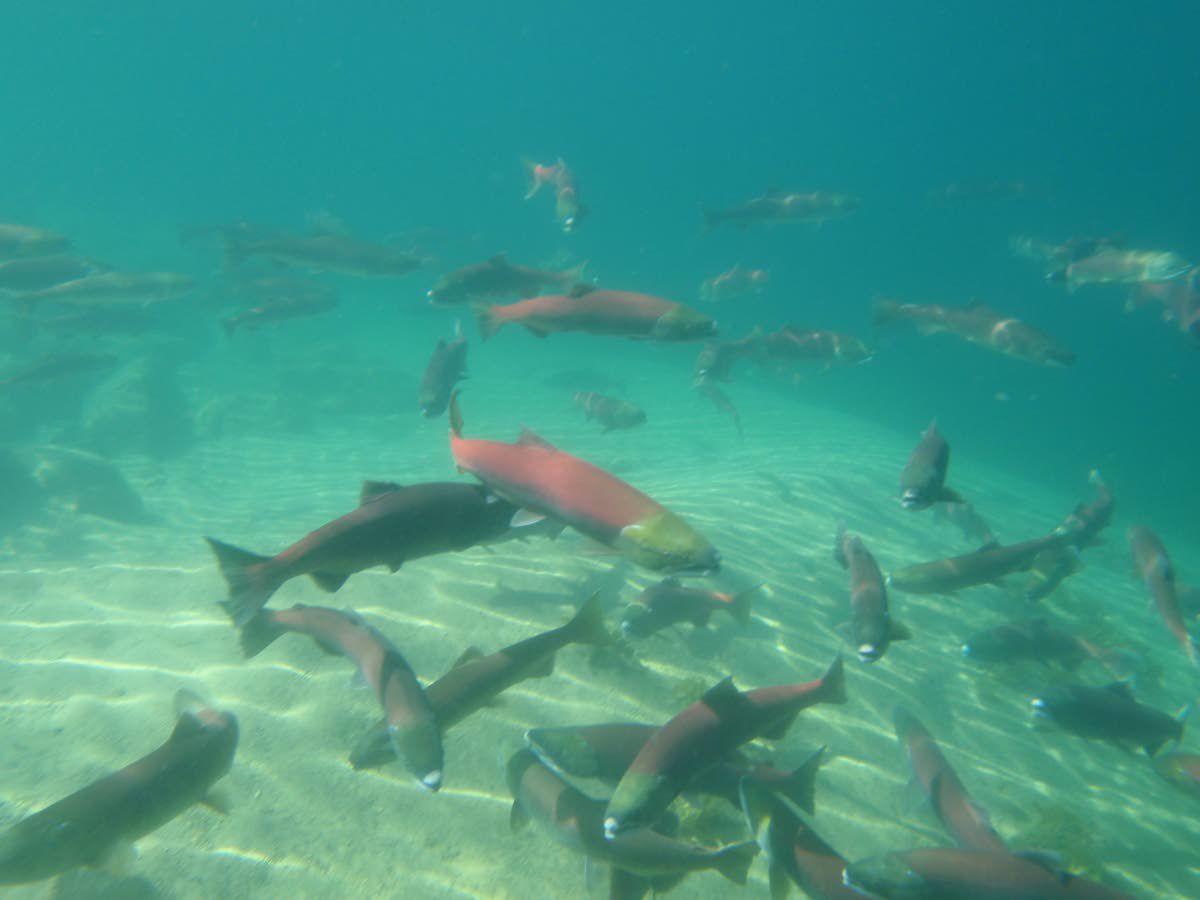 Sockeye salmon swim in the shallows of Redfish Lake near Stanley, Idaho, in this file photo from the Idaho Department of Fish and Game. This year’s Snake River sockeye run is expected to be better than runs of recent years. 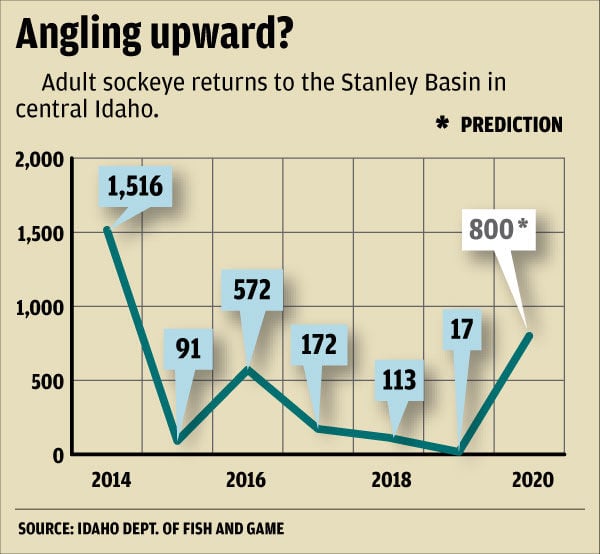 Sockeye salmon swim in the shallows of Redfish Lake near Stanley, Idaho, in this file photo from the Idaho Department of Fish and Game. This year’s Snake River sockeye run is expected to be better than runs of recent years.

Officials in Washington are making precautionary closures to both sockeye and summer steelhead fisheries.

Steelhead returning to the Snake River and elsewhere are expected to continue what has been a string of dreadful runs over the past three years, driven in large part by poor ocean conditions.

Sockeye numbers are improving, especially those bound for the upper Columbia River. But efforts to protect endangered Snake River sockeye that return to Idaho’s Stanley Basin will limit fisheries in the Columbia River.

The Idaho Department of Fish and Game is projecting only 42,950 A-run steelhead and 6,720 B-run fish will return past Lower Granite Dam on the Snake River, the last dam they must navigate before reaching Idaho.

A total of just fewer than 50,000 would be among the lowest runs of the past quarter century. Last year’s return of hatchery B-run steelhead was so low the fall fishing season on the Clearwater River was closed.

Washington is shutting down all steelhead fishing on the entire Snake River effective Wednesday. Chris Donley, fish program manager for the Washington Department of Fish and Wildlife, said the move is precautionary, and he expects fishing to open sometime during the late summer or early fall.

“We will have fishing. I just don’t know what it looks like yet,” Donley said. “Folks need to be patient, and as we get into August and see what is returning that will give us a much better idea of what we are going to do.”

With that in mind, his agency also closed steelhead fishing on the Columbia River between Astoria and the Tri-Cities. In addition, the agency closed sockeye fishing on the same stretch of river.

The sockeye return is a bright spot in what has been a gloomy three years for Columbia River salmon and steelhead. The forecast calls for a return of 246,300 to the Columbia River, including 2,300 bound for the Snake River.

Last year about 63,000 sockeye returned to the Columbia River. The 10-year average is more than 320,000. According to a news release from the Washington Department of Fish and Wildlife, sockeye catch rates on the Columbia River have been high, and the fishery is shutting down to protect the small portion of the run bound for the Snake River. Donley said he expects good sockeye fishing at other areas such as Wenatchee Lake.

Although ocean conditions remain poor, Eric Johnson, a fisheries biologist for the Idaho Department of Fish and Game at Eagle, said the sockeye return as adults this summer fared much better during their juvenile outmigration in 2018. Most of the juvenile sockeye were raised at the Springfield Hatchery in eastern Idaho. Fish raised at the hatchery are trucked to the Stanley Basin and released there. For the first few years, their survival was terrible. Biologists from the state eventually figured out that differences in water chemistry between the hatchery where the fish are raised in mineral-rich water and the super soft water in Redfish Lake Creek where they are released was shocking the young fish, causing many to die before reaching the ocean.

The fish are now acclimated in medium-hard water before release. This year’s returning adults are the first year class to be released under the new protocol, which is expected to boost survival.

“We saw good survival with that cohort all the way down to Bonneville Dam,” Johnson said. “Depending on how those fish fared in the ocean, we are expecting to see a decent return.”