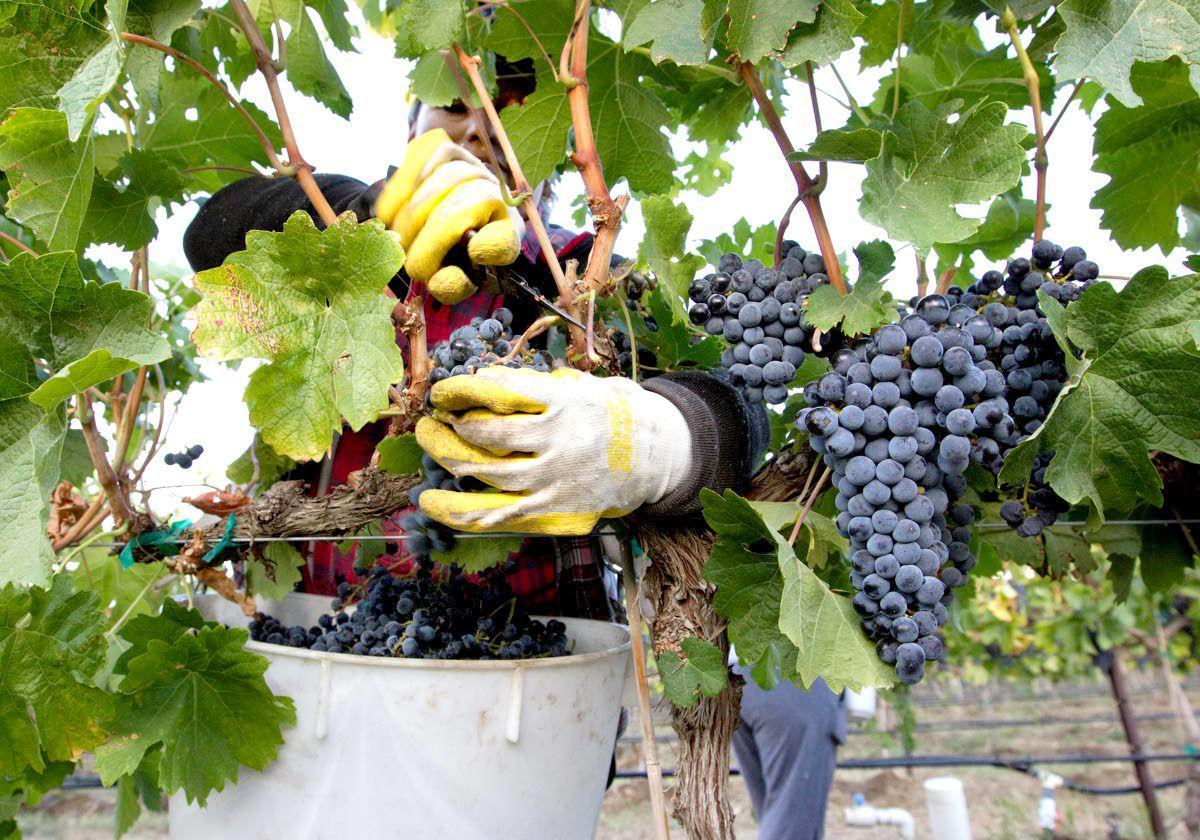 In this photo taken Sept. 16, 2014, Yolanda Gil harvests Merlot wine grapes at the Dineen Vineyards in Zillah, Wash. A report due to be released soon by the U.S. Department of Agriculture will reveal that Washington’s wine industry is a $5 billion-a-year industry. 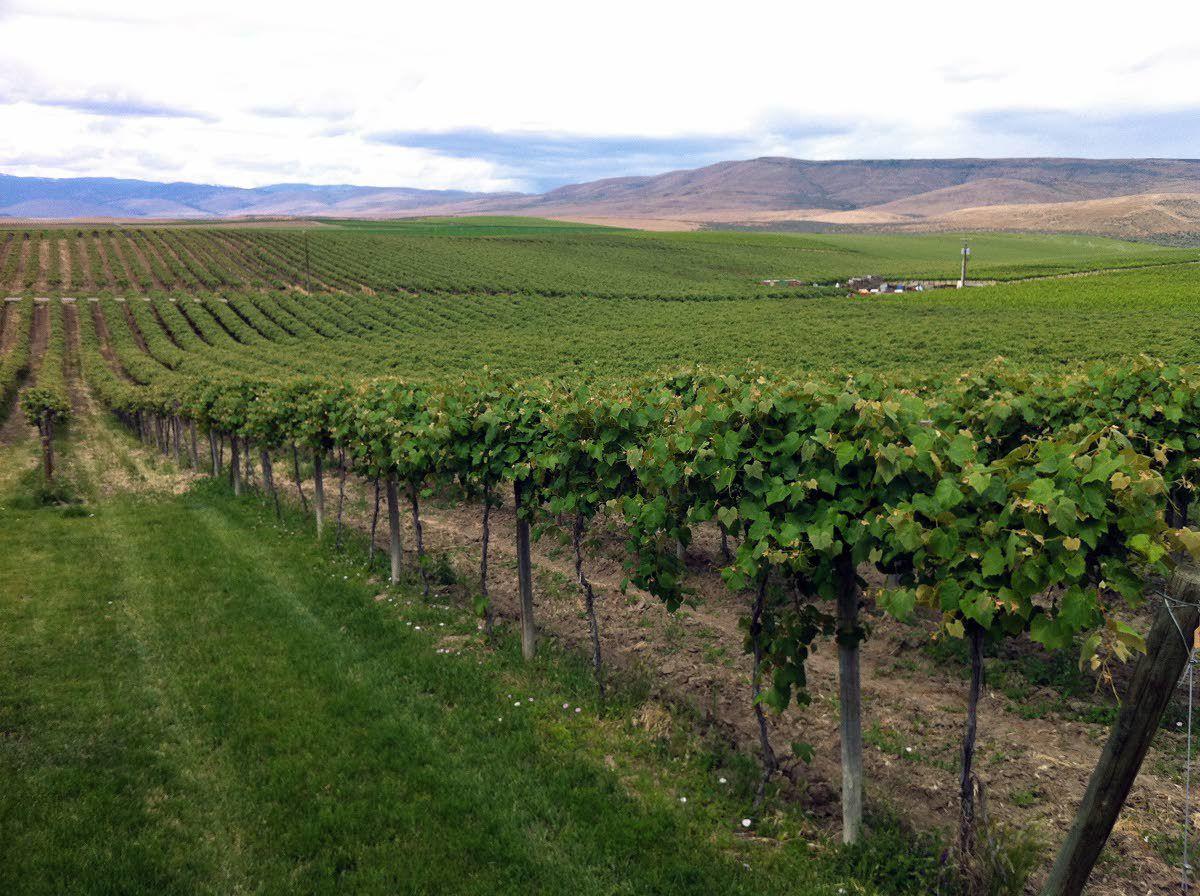 A photo of the Red Willow Vineyard, located in in the Washington wine region of the Yakima Valley. 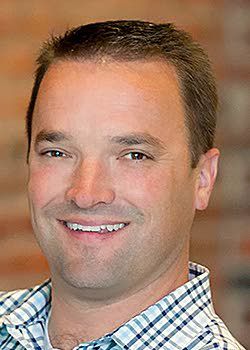 In this photo taken Sept. 16, 2014, Yolanda Gil harvests Merlot wine grapes at the Dineen Vineyards in Zillah, Wash. A report due to be released soon by the U.S. Department of Agriculture will reveal that Washington’s wine industry is a $5 billion-a-year industry.

A photo of the Red Willow Vineyard, located in in the Washington wine region of the Yakima Valley.

Acreage devoted to grape growing in the region has trended steadily upward from year to year as the reputation of Washington wine improves around the world, and officials say wine has likely dethroned the apple as the No. 1 agricultural product in the state by value.

According to the U.S. Department of Agriculture, apples are a $2.2 billion industry in Washington, but Chris Stone, vice president of marketing for the Washington State Wine Commission said a report due to be released in the next month or so will show the worth of the state’s wine industry is somewhere north of $5 billion. Stone said this is just one of numerous indications that wine is a booming industry in Washington, showing no signs of slowing.

The second biggest wine-producing state, Washington’s industry may be gaining steam, but it has little hope of catching up to the first place holder, California. USDA numbers show the Golden State crushed more than 4.5 million tons of grapes in 2018. That same year, Washington crushed a little more than 260,000 tons; however that still far outstrips its next closest competitor, Oregon, which crushed close to 80,000 tons.

Washington’s wine regions may be a fraction of the size of those in California, but growing wine grapes in the state comes with some distinct advantages, Stone said. He said the combination of a unique, rich geological history and a wide range of diverse microclimates across the state means Washington growers can find a good place to grow virtually any variety of grape they’d like. He said this means producers have the option of doing anything from a sweet, dessert-style wine to deep, dark reds with notes of spice, and doing those styles very well.

“This is both a blessing and a curse. Ultimately, without question, it’s a blessing because we can literally do almost anything incredibly well,” Stone said. “It’s only a curse in that, if you’re trying to build a reputation for your region, it would be easier if you can be known for something.”

Washington has 14 federally recognized wine regions, nearly all either within or adjacent to the Columbia Valley, a wine region unto itself which occupies a vast swath of central and southeast Washington.

In just the last four years, Washington producers have added 7,000 acres to the state’s grape growing inventory, and there’s plenty of room to expand. Stone said there is close to 60,000 acres devoted to growing wine grapes in the state, but he has heard from experts in the industry that the Columbia Valley region alone has capacity for 200,000 acres.

“To be in a place we are — the kind of growth we’re seeing, the quality we’re achieving, the acclaim we’re receiving and to realize we’re 30 percent planted — that there’s still that much more room for growth is pretty darn exciting,” he said.

Stone said for almost 10 years, the publication Wine Spectator has rated wine from Washington as “outstanding” — scoring 90 or more on a 100-point scale — more than it has for any other wine producing region in the world. What’s more, old-world vintners, some of whom have been making wine for 10 generations or more, have begun to invest heavily in Washington wine country.

“We’re achieving a world-class quality of wine in a period of relative youth in the world of wine, so people are paying attention. I think it just took time,” Stone said, noting it can be difficult for a new wine producing region to make a mark in an industry where some producers have been around for literally centuries. “We’re talking like, hundreds and hundreds and hundreds of years, where our entire industry is 50 years old — really, the modern industry is 30 years old.”