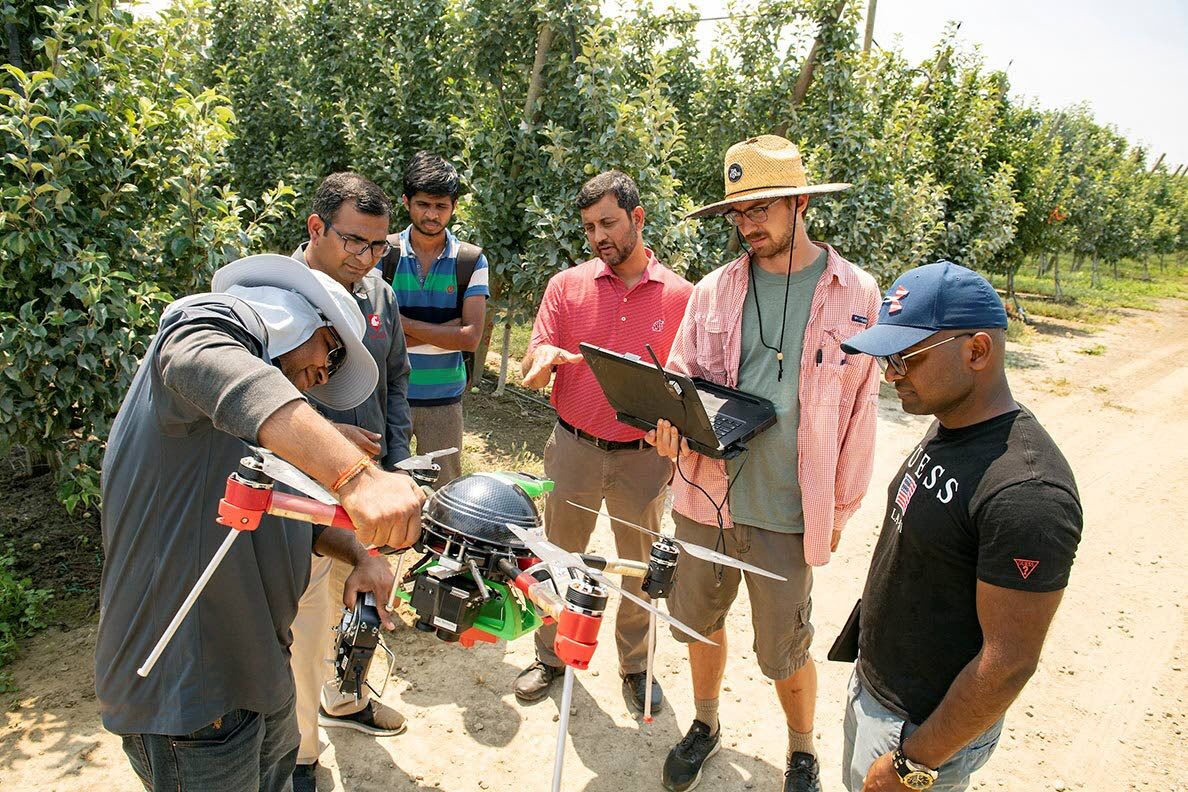 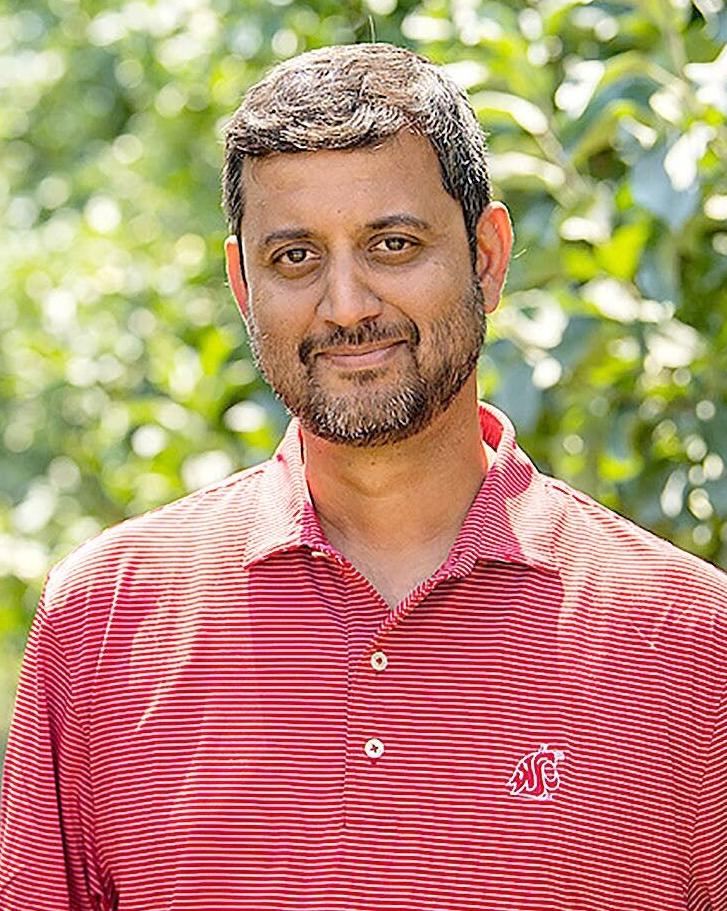 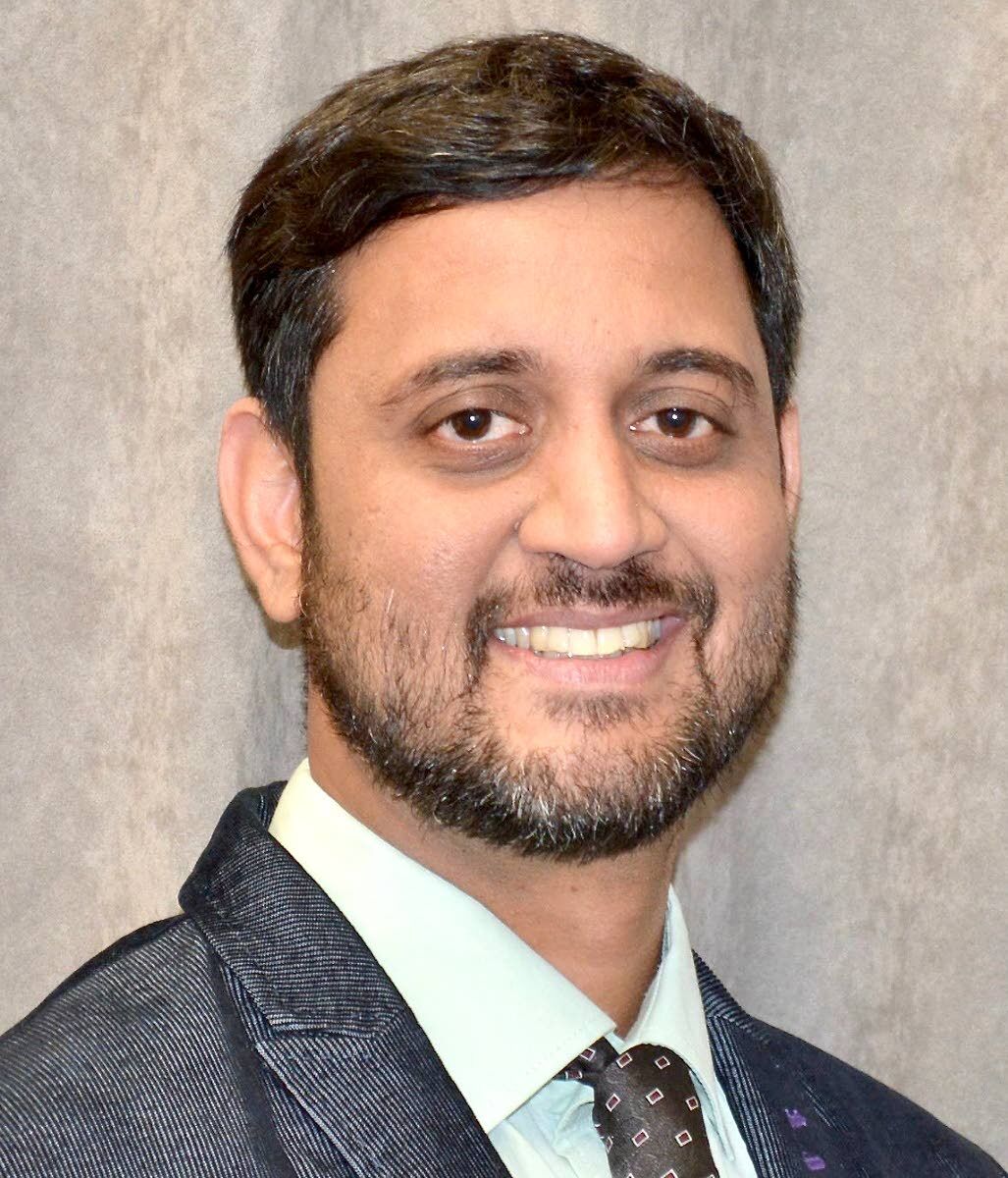 Washington State University will lead a consortium of institutions in the development of new artificial intelligence tools to help address problems in the agricultural field.

What’s being called the AgAID Institute is being funded with a five-year, $20 million grant from the National Science Foundation.

Ananth Kalyanaraman, who holds the Boeing Chair at WSU’s School of Electrical Engineering and Computer Science, is the lead principal investigator for the institute.

Kalyanaraman said the agricultural industry has “tremendous potential” to benefit from AI applications. However, researchers still need to learn how best to marry the technology with the human ability to make complex decisions.

“What AI is really good at is looking at past actions and consequences and learning from them,” he said. “But the reasoning part — that’s hard to do. Part of this initiative is to understand what humans are good at and what AI is good at, so we can create a partnership.”

During its first year of operation, the institute will emphasize stakeholder interaction, Kalyanaraman said. The goal is to create software applications and other AI tools that have a high likelihood of being adopted and used in the field.

To improve the chances of that happening, he said, researchers will work closely with growers to develop the new technology.

And rather than focus on commodity crops like wheat, the institute intends to look at specialty crops like apples, cherries, mint or almonds.

The reason for that, Kalyanaraman said, is that specialty crops involve a mix of complex decisions. They provide a broad range of problems and conditions, so tools developed for those environments should be flexible enough to help other agricultural producers.

AI needs a lot of data, he said. But for tools to be practical in the field, they’ll need to be able to handle a variety of data sources.

“Some data might be ‘noisy,’ some might be unreliable, some might be incomplete,” Kalyanaraman said. “So a huge part of this research is about how to develop robust tools that take into account uncertainties.”

Writing software programs and refining the tools will be the focus of the second and third years of the grant, he said. Pilot projects testing the new technology will begin in years three and four.

“WSU will build a demonstration farm where we can test the technology and collect data in a field setting,” Kalyanaraman said. “We’ll also use it for education and training.”

As an example of the type of problems AI tools might be able to address, he pointed to tree pruning.

It requires a lot of skill to decide which limbs to remove from a fruit tree, he said. However, it may be possible to develop a phone-based AI app that allows lower-skilled workers to take a photo of the tree and get a recommendation on where to trim. That not only enables them to get the job done, it helps them learn proper technique as they go along.

“It would help close the skill level gap,” Kalyanaraman said.

Researchers also plan to create “learning circles” with ag producers, possibly as early as this month. That will give growers an opportunity to offer their own ideas and suggestions for ways AI applications can help the industry.

“It will help us find other places where AI can have a quick impact,” Kalyanaraman said. “We’ll be learning from growers about what matters most to them.”