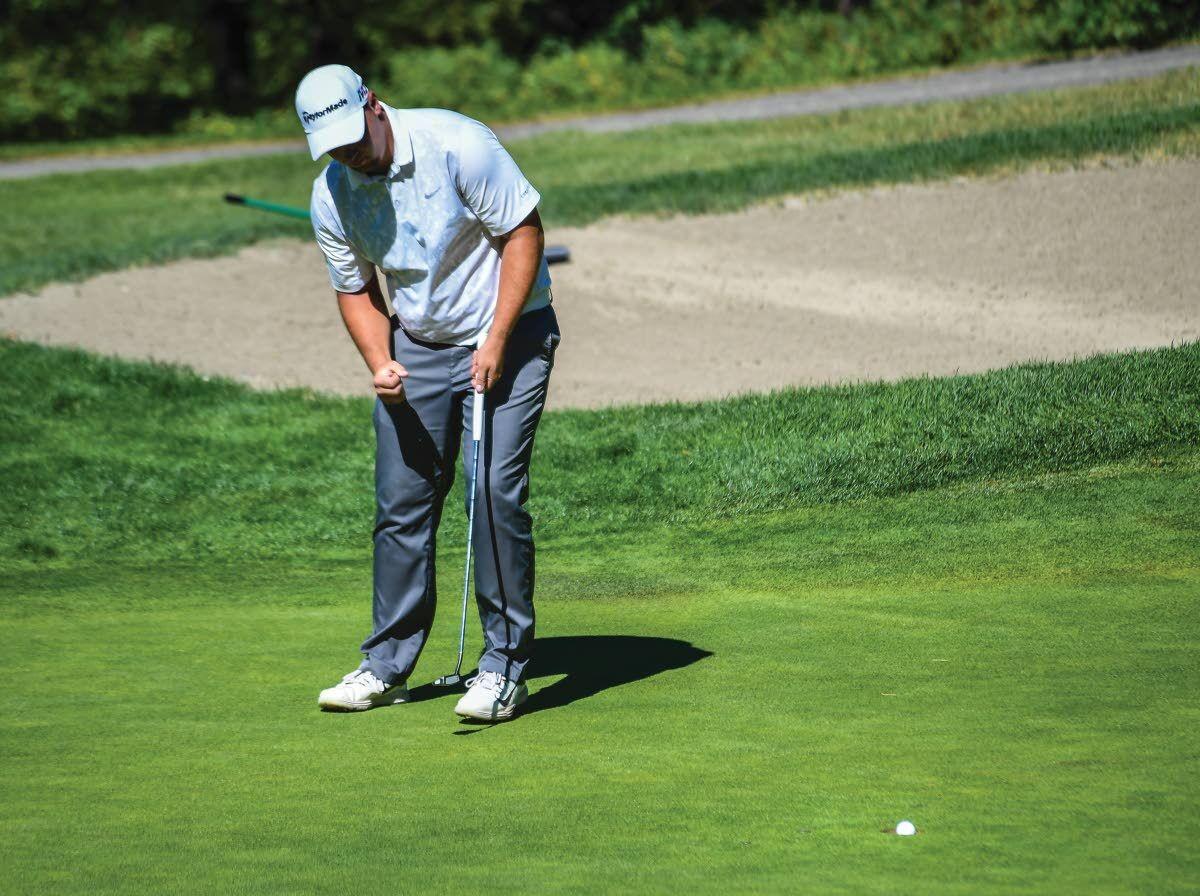 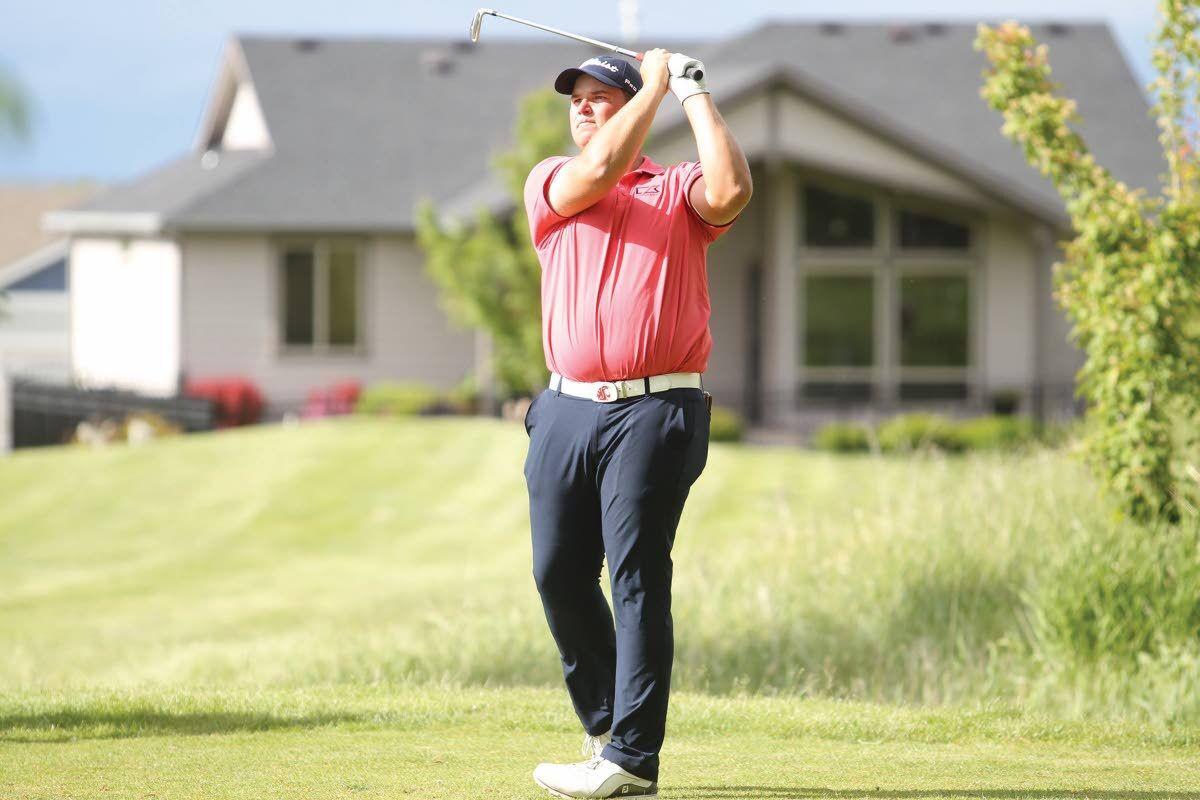 Former Washington State standout Derek Bayley recently shot a 6-under-par 66 at the Colorado Open in Denver as a tune-up for this week’s Barracuda Championship on the PGA Tour.

Former Washington State standout Derek Bayley recently shot a 6-under-par 66 at the Colorado Open in Denver as a tune-up for this week’s Barracuda Championship on the PGA Tour.

In the lead-up to his first PGA Tour showing, starting today at the Old Greenwood Golf Course west of Reno, Nev., Derek Bayley has emphasized maintaining a level head. He already knows mindset is paramount in golf’s upper-echelons.

It’s that mentality that’s been the most essential building block added recently to the game of the second-year pro out of Washington State.

“It’s about: Who can find a happy place mentally?” he said. “Who knows when to turn their mind off golf? We’re all at a certain level where we hit it and putt it pretty good.”

Bayley, 24, was razor sharp in June at the Reno Open, the “best” event of his pro career, “by far.” He qualified then for this week’s Barracuda Championship, holing back-to-back birdies on Nos. 17 and 18 to claim his first pro title by two points over Bryan Martin. He finished at 23 under, with 48 points under the modified Stableford scoring system, pocketing $15,000 for the effort.

“To pull through late and get it done was really pleasing, especially with how much was on the line,” Bayley said. “It showed I’m settling in. I hung in there mentally better than ever. I’d been right there week in and week out on the Outlaw Tour (in Arizona). I had eight top-10 finishes in 10 events. It’s just about pulling through.”

The more the Rathdrum native simply “thinks about the right things” this week in Truckee, Calif. — like he’d done down the stretch in Reno — the fewer swings.

“Quite frankly, it shouldn’t be any different than other four-round tournaments,” said Bayley, who opens play on No. 10 at 1:50 p.m. today with ­playing partners Eric Axley and Rhein Gibson. “There’s 156 guys in the field, and I’m the only one I can control.

Bayley arrived to his complimentary Reno hotel Sunday, just hours after carding another of his strong summer rounds. He shot a 6-under-par 66 at the Colorado Open in Denver, a “satisfying” finish.

“I’ve been searching for good momentum, just looking for positive vibes going into this week,” he said.

His past 30 days went as follows:

A trip back home for the wedding of his sister, Chelsea.

A flight to Missouri the ensuing morning for a qualifier of the higher-level Korn Ferry Tour, during which he shot a bogey-free 66, but fell shy of a playoff by one stroke.

A flight the next day to Denver, and another competition.

“It’s been a busy month, but I knew what I was getting into,” he said. “I’m in a nice rhythm. It was good to come under pressure situations. I’ll take those experiences to propel me.”

On Monday, Bayley and his father, Mike, registered, scoped out the Greenwood links, then were tested for COVID-19, after which they waited two hours to be cleared.

“Now that was different, for sure,” Bayley said. “Then going through registration, there’s guys you see on TV all the time.”

The field includes players falling just outside the Official World Ranking top 70, like five-time tour winner Ryan Moore and three-time champion Russell Henley. Because a World Golf Championship event is being staged concurrently in Memphis, the Barracuda Championship is a second-tier PGA event.

“I’ve played against some guys in college ... and there’s some PGA Tour vets,” Bayley said. “It’s different, but a good different. You’re playing against some of the best. Ultimately, that’s what you want.”

The Bayleys didn’t do a whole lot golf-wise Monday, but were scheduled for a practice round Tuesday, then perhaps a few extra swings Wednesday along with some additional time nailing down the course’s trickier stretches and its high-elevation challenges.

Bayley didn’t do much preliminary research on the intricacies of Old Greenwood, a first-time Barracuda host.

“That’d create more anxiety for me, especially with a PGA event,” he said. “It’ll be new to everyone. I’ll decide for myself where the difficulties are.”

He didn’t analyze his competition deeply, and has tried to block out the stakes — a $3.5 million purse and a berth in the U.S. Open for two top-10 finishers who hadn’t already qualified.

“That’s the stuff you’re trying not to think about,” he said. “It’s just: ‘If I put together four days, everything takes care of itself.’ You have to stay in the present, but maybe focus in more because of all the noise and opposition. It’ll feel different, but the closer I can make it to normal, the better.”

Bayley said coronavirus precautions — prohibiting fan attendance — might help him keep a clear mind. Yet there’s a downside: He had several dozen family members and supporters from the Inland Northwest hoping to spectate.

“It’ll make it feel normal from a mentality standpoint, but a lot of people wish they could be there,” Bayley said.

In pressure situations, his dad will be a calming presence. Although the elder Bayley can’t offer instruction on his son’s advanced techniques, he’ll provide confirmation on aspects like wind direction and distances.

“He caddied for me a few times as an amateur and on the Latin American tour last year,” Bayley said of his father, a former Whitworth (Spokane) golfer. “He knows his stuff, and it’s the only way he can be here this week. As a pro, it’s more to have someone to talk to. He keeps my mind at ease.”

Bayley has sought out advice from Wazzu coach Dustin White and Spokane-area swing coach Steve Prugh. He’s received tidbits in counteracting mental strain, to “accept the nerves, stay in the present and really focus on one shot at a time.”

The Barracuda also will use the modified Stableford system, which might supplement comfortability.

“It’s more of a shootout, ‘How many birdies can you make?’ ” he said. “You can’t get anything worse than a double, so it’ll be aggressive.”

If it indeed comes down to a late, nervy affair, it’ll only be another in a string of mental tests for Bayley amid his finest technical golf. He’s figured out his driver after a shaky 2019 season, permitting him to attack more pins with precisely calibrated fairway irons.

“Everything’s kinda allowing me to play free,” he said. “I’ve been telling Dustin, ‘I’m really close to pulling through.’ I hope the floodgates open, and allow me to be like, ‘I’ve done this all before.’”