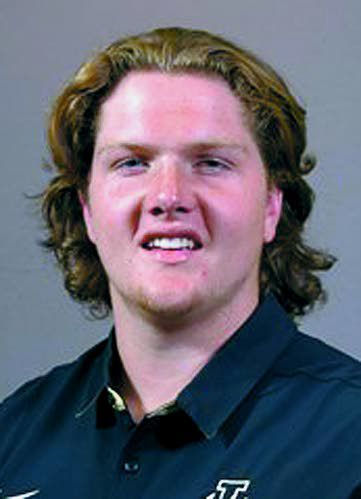 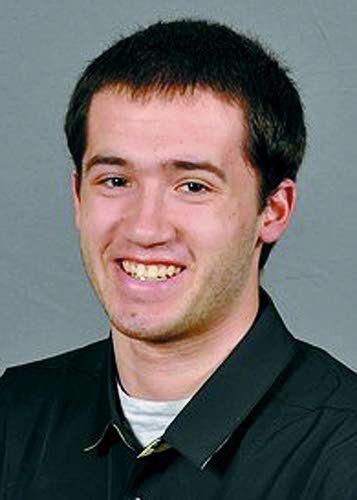 MOSCOW - On Monday afternoon, students at the University of Idaho fought the dingy, hazardous air to open their fall 2018 school expedition. And along with some community members, they also battled for standing space on the SprinTurf for an upcoming Rodney Atkins show.

Inside the Kibbie Dome, though, there was another match going on, and it wasn't one concerning a multi-platinum recording pop-country act.

Mason Petrino and Colton Richardson have been at this incessant quarterback clash since the spring - neither has given or gained any ground. And with their shared knowledge of the play-calling, along with each's personalized angles in sets, it becomes ever more apparent that a two-man rotation will actualize.

But to them, it's not really a huge deal.

"We've been doing it this whole spring and this whole fall, so it's not difficult," Petrino said. "We both do really good things, and if a defense has to game-plan for us both, that'd be hard to do."

About 75-80 percent of the playbook is shared knowledge, according to Petrino, so when the legitimate horn sounds Sept. 1 at Fresno State, there should be no offensive tottering.

There's still that fraction; that leftover 20 percent of the scripts tailored either toward the 6-foot-4, 230-pound Richardson or the 5-11, roughly 190-pound Petrino.

The sizes should speak for themselves - Petrino's been upgrading daily on broken-pocket plays and read-options, while Richardson seems comfortable standing tall and strong-arming almost everything neatly into tough spaces.

Count on it, there are differences. But according to them, the confidence levels are sky-high and each has a firm grasp on the base offense. Plus, chemistry between both of UI's quarterbacks and the other skill players has steadily risen, helping render the notion of a one-dimensional approach inapplicable.

Rather, there seems to be an infinite number of avenues.

It could be Petrino, standing unfazed in the pocket and throwing over the top off a two-step drop - a fresh look in comparison to last year. Or more noticeably, he assembling something on the fly or when faced with a press.

"It's one of the biggest things in my game, to defeat blitzes. I should beat man (coverage), whether it's pass, or if everyone has a man, I should take off and run for good yards."

Alternatively, take the pocket solidity of Richardson, who's expressed in discourse and displayed his fondness for lacing Brett Favre-esque darts over the middle or promptly into the flats.

"I really feel like I'm never too scared to throw it into tight windows," Richardson said. "... I guess (my favorite plays are) trying to play a fake, get those backers to bite and throwing it into a tight space."

His arm is definitely sound, but this shouldn't be construed to mean his legs are not. Although he said he's tried to keep the scrambling in practice to a minimum, and throw balls away to replicate real time for the defense, that approach will mutate come game time.

"If I do get pressured and if I'm not throwing too good I always can run for 5 yards and try to run somebody over," said Richardson, who spent a good 20 minutes after practice hustling sideline to sideline.

Any throw out there, Richardson said he can make it. And on the other hand, Petrino's said he's taken the governor off since his shoulder healed up.

Both acknowledgements have materialized - Petrino does look faster and Richardson, in fact, does have an extra zip on his ball.

It's an impossible call at this juncture, to estimate which quarterback will superiorly march the offense. They've both thrown touchdowns - lots of them - broadly limited turnovers and kept the completion percentages high. It might come down to Fresno State, but if the season proceeds as fall camp has, it'll surface as less of a "battle" and more as a joint command.

And maybe that's not all bad.

"We have our certain packages that we run - it's gonna be hard to game-plan for those packages," Petrino said with a slight grin.

The offensive line remains as perhaps the unit requiring tweaks to its depth. Currently, it's looking like Conner Vrba and Noah Johnson will take the guard spots, with Irving Schuster and Edwin Grande at tackles and Sean Tulette at center. Brian Robinson and freshman Logan Floyd have also seen first-team snaps at guard. Schuster's first step on run-blocking looked firm in one-on-ones, and the tackles have done an exceptional job at keeping edge-rushers vertical in team sets.

Freshman running back Tyrese Walker's reps with the first unit have steadily increased as fall camp progresses. With a stable cut and almost immediate acceleration afterwards, he might rival Michael Noil for the "team speedster" tag.

Behind Isaiah Saunders, Roshaun Johnson has taken over as the No. 2 back, but he'll be challenged. Walker and Jack Bamis again had solid afternoons.

Junior defensive lineman Cameron Townsend was back in town, albeit not dressed yet. He spent the majority of practice jogging the sidelines.

Although a run-heavy approach could have been expected considering who's returned, UI's offense has been relatively balanced - it continues to mingle zone runs, play-action rollouts and throws from the pocket.

Behind the linebackers, this core of pass-catchers may just be the unit to watch this season. With about 10 potential targets, the group boasts plausibly the most depth.

"He's fast. He was a great player in Louisiana Probably if he was an inch taller or 2 inches taller, he'd be in the SEC right now. Thank God we got him, he looks pretty darn good right now."

Mason Petrino on the receiving core and all-around depth:

"At a lot of positions, we're two, three guys deep and we can trust a lot of guys. That's always nice knowing going in. If one guy gets tired, (another) jumps in and (we) have a lot of reps with that guy - that certain route, certain concept. The depth at receiver is probably the strongest suit on our offense."

Colton Richardson on the running backs:

"Running breaks open the pass. The scrimmage looked a little tough, but i know Isaiah (Saunders), when he's back there, he's gonna get us yards. I know in this last scrimmage it didn't look too good, but when we need it, he's gonna be there."

Colton Richardson on the receiving core:

"Those guys all go get it - they got strong hands. I know when I throw it inside for some slants or any ball, their hands are strong enough to go get it and they're gonna catch it. Even if they get hit, they're gonna come up with it."

How do you feel about s'mores?

Check your email for details.

Submitting this form below will send a message to your email with a link to change your password.

An email message containing instructions on how to reset your password has been sent to the e-mail address listed on your account.

Your purchase was successful, and you are now logged in.

A receipt was sent to your email.