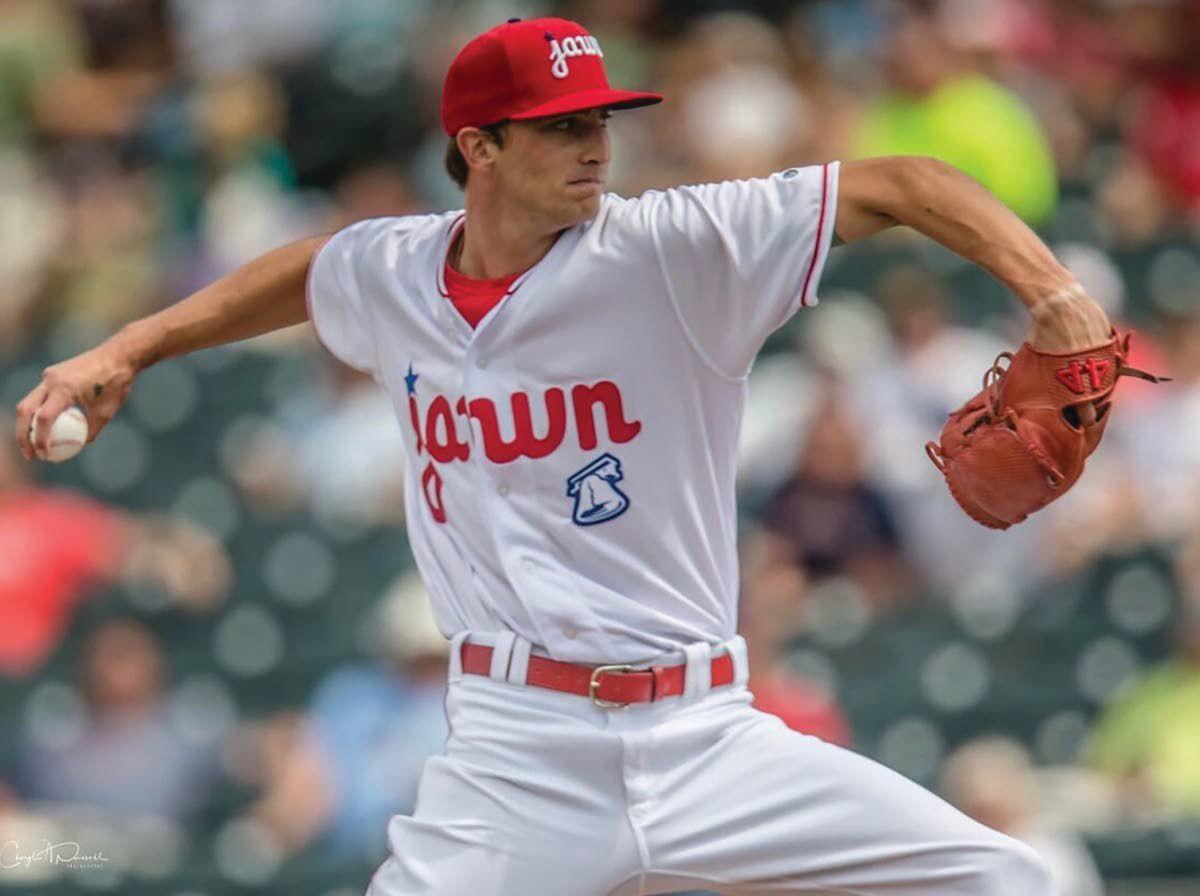 Former Lewis-Clark State pitcher Connor Brogdon advanced all the way up from High Single-A to Triple-A in 2019, finishing 3-1 with a 3.06 ERA in 26 games with the Lehigh Valley IronPigs, the top affiliate of the Philadelphia Phillies. 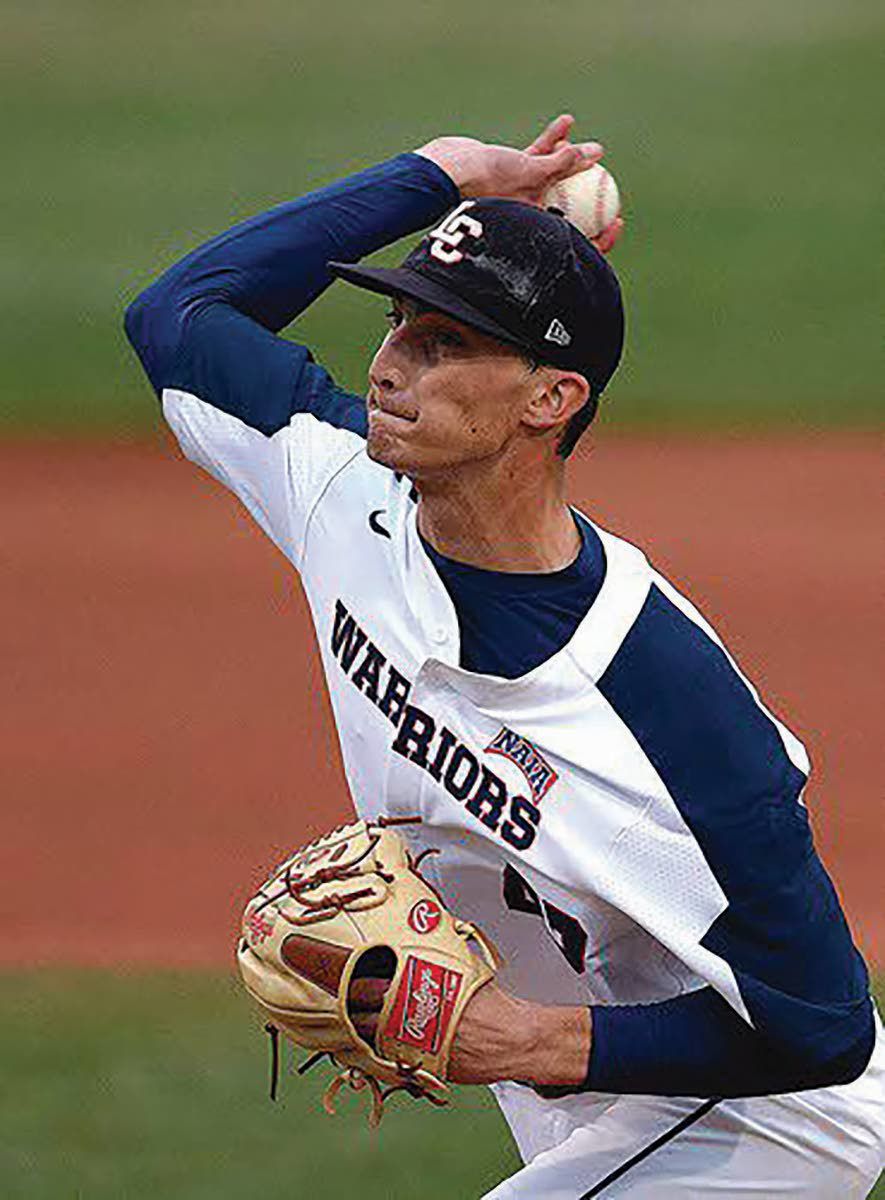 Former Lewis-Clark State pitcher Connor Brogdon advanced all the way up from High Single-A to Triple-A in 2019, finishing 3-1 with a 3.06 ERA in 26 games with the Lehigh Valley IronPigs, the top affiliate of the Philadelphia Phillies.

This story is the third in a series of profiles on minor league baseball players who attended Lewis-Clark State.

Connor Brogdon is on the precipice of the big leagues. His past year in baseball backs that up.

So how’d the 2017 Philadelphia Phillies 10th-rounder do?

“I got ’em out,” he said. “Those are a couple of guys you’ve always seen on TV, and now you’re just facing them, phew.”

Brogdon, one of the area’s best pitching prospects in some time, went 2-0 in big-league camp this spring with a pair of late-game relief outings.

“I think I did OK, think I showed some good stuff here and there, but I did have one pitch that went for a two-run homer,” he said of spring training, keeping modest.

Brogdon finished the 2019 season as a leaned-on bullpen arm with the Triple-A Lehigh Valley (Pa.) IronPigs, one of minor league baseball’s most popular teams — they’re in the top five in attendance and valuation; they’re typically successful, having developed two International League MVPs in three years, and shaping talent like Seattle shortstop J.P. Crawford and Phillies first baseman Rhys Hoskins; and their team apparel, often adorned with bacon, is sought-after.

And sporting it was Brogdon, who’d worked all the way from High Single-A Clearwater (Fla.) to Lehigh Valley within the span of 2½ months, starting at spring training’s end in April, and reaching Lehigh Valley on June 28, when he was called up from the Double-A Reading (Pa.) Fightin’ Phils. He was fond of Reading because of the “nostalgic” baseball environment.

“It’s an incredible environment; they pretty much pack the place every night,” Brogdon said.

It basically was a continuation of his numbers with five minor-league teams since his professional career started in 2017.

While suiting up for the Single-A Lakewood (N.J.) BlueClaws for all of 2018, he re-adopted a starting role, but later was moved back into the bullpen to make room for a veteran starter returning from injury. Brogdon went 5-for-5 on save chances after that. He finished the year 5-3.

“I think that might’ve been a blessing in disguise,” Brogdon said. “When I was a starter, it was a big thing to pace yourself, because you’re anticipating going five to nine innings. As a reliever, you’re able to just let it (rip).”

His task is to hold, but sometimes he’s kept in to close it down. He went 2-for-5 in save opportunities with Lehigh Valley. His growing ability to do either comes with his development of three pitches. Brogdon’s change-up always has been good, but his slider and cut fastball have taken tremendous strides.

He honed his pitching with pointed instruction in the Florida instructional league and at Single-A short-season Williamsport (Pa.) in 2017, when he changed his style on the mound. He throws out of the stretch now rather than with a windup. He’s added “3 to 5” mph since his days in Lewiston, and can throw the fastball 97 mph.

“There’s a lot of vets up there (in Triple-A), so you have some big-league guys to pick their brains,” he said. San Francisco pitcher Nick Vincent was a “big influence” on Brogdon for tips. “When I think of moving up to Triple-A, you can’t get away with much. You see guys that’ve had big-league experience, and you see their approach, that they have a plan and stick to it strictly.

“You learn you have to have that approach yourself.”

Now, Brogdon is back home, awaiting direction amid the spread of the coronavirus and training with close friend — and former juco teammate at Fresno City College — JJ Santa Cruz, a pitcher in the Giants organization.

In making it this far, he gives considerable credit to former LCSC coach Jeremiah Robbins and the labor that comes with being a Warrior — the morning hill runs and cold practices under the lights without hoodies, for instance.

“I always think back to it,” said Brogdon, LCSC’s highest-drafted player since Beau Mills in 2007 and an all-Series pitcher in 2017 who threw in the title-game win against Faulkner (Ala.). “I don’t wanna sound cliche, but ‘Warrior Mentality,’ I think that’s how I handle a lot of adversity.

“So when you’re struggling in the minors (with low pay, long days and travel) and you’re thinking, ‘Man, this is tough,’ you just think back to that.”

Brogdon figures he’d have been sent to Lehigh Valley to start 2020. In the past year, he’s moved right on the bubble, and it feels like a matter of time before a breakthrough, in which Brogdon would become one of two former Warriors currently in the bigs — along with Oakland’s Seth Brown.

“It can be a grind, but if you love it, it’s not,” Brogdon said. “I’m just excited to see how it all plays out. When you get to Triple-A, you definitely feel so close, like you finally made it.”