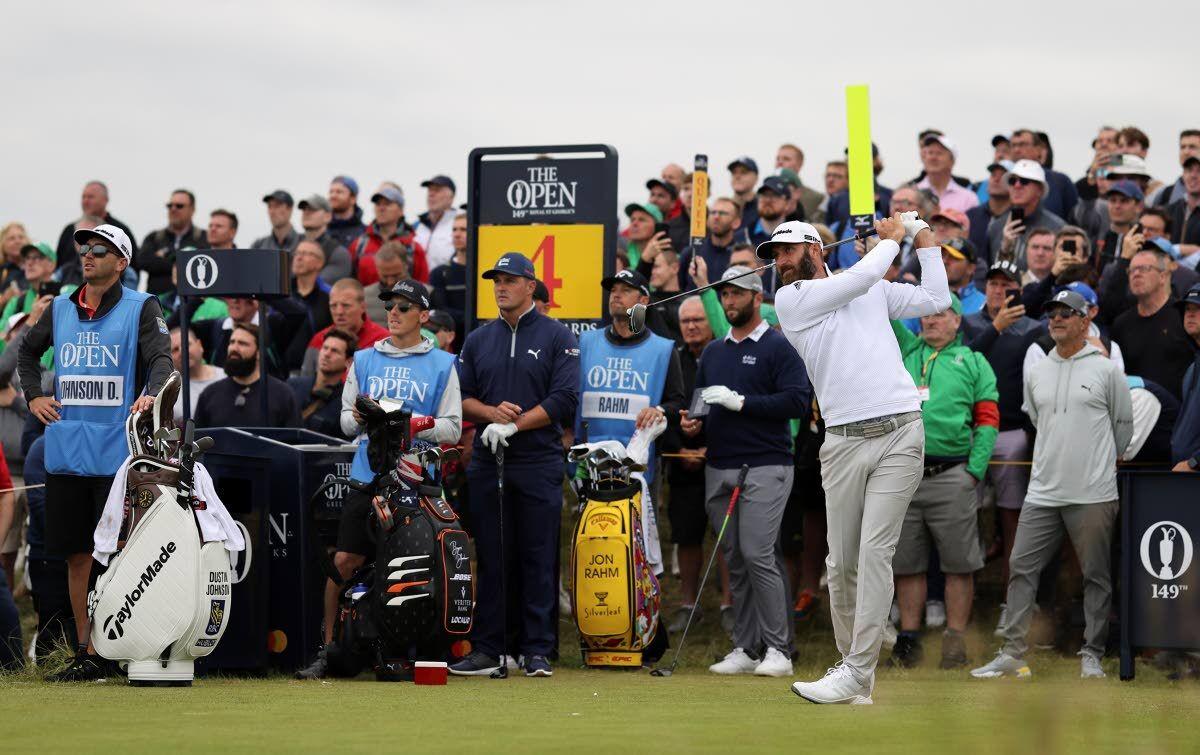 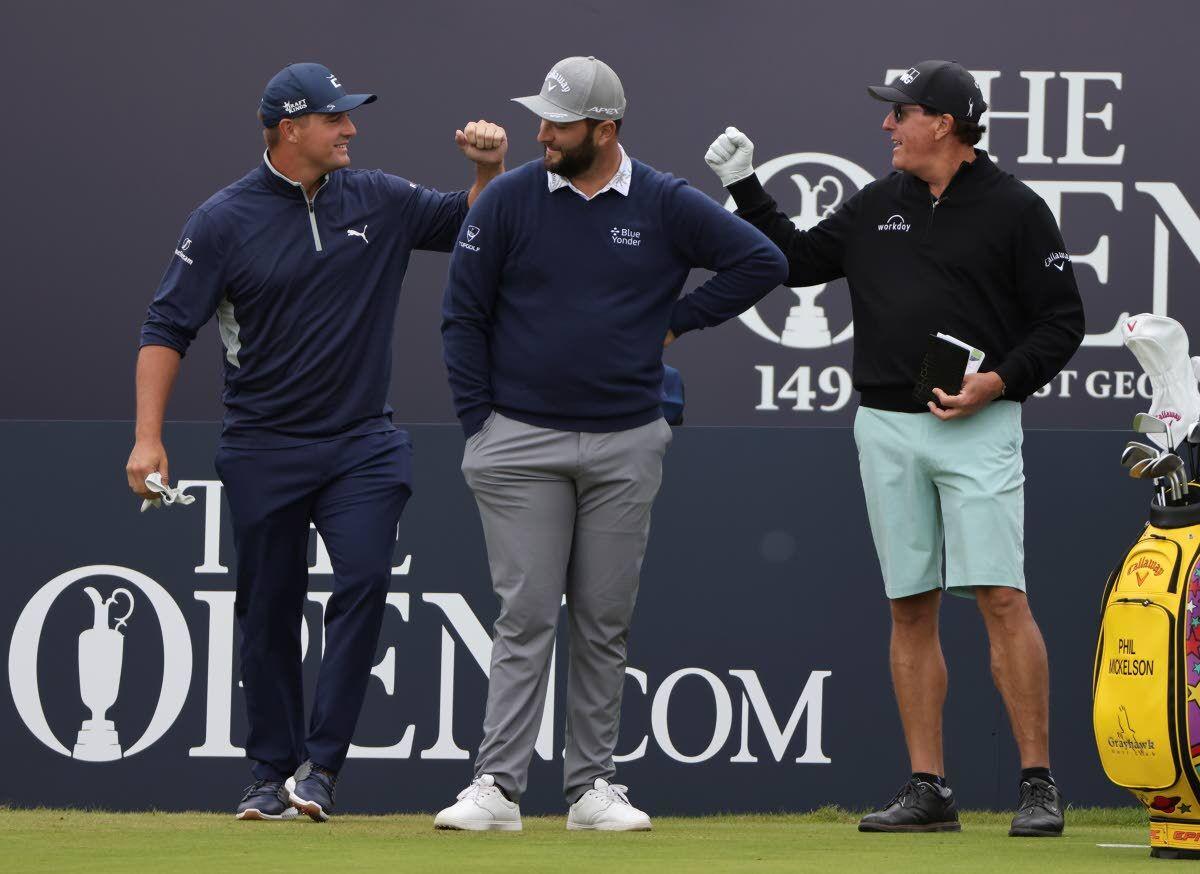 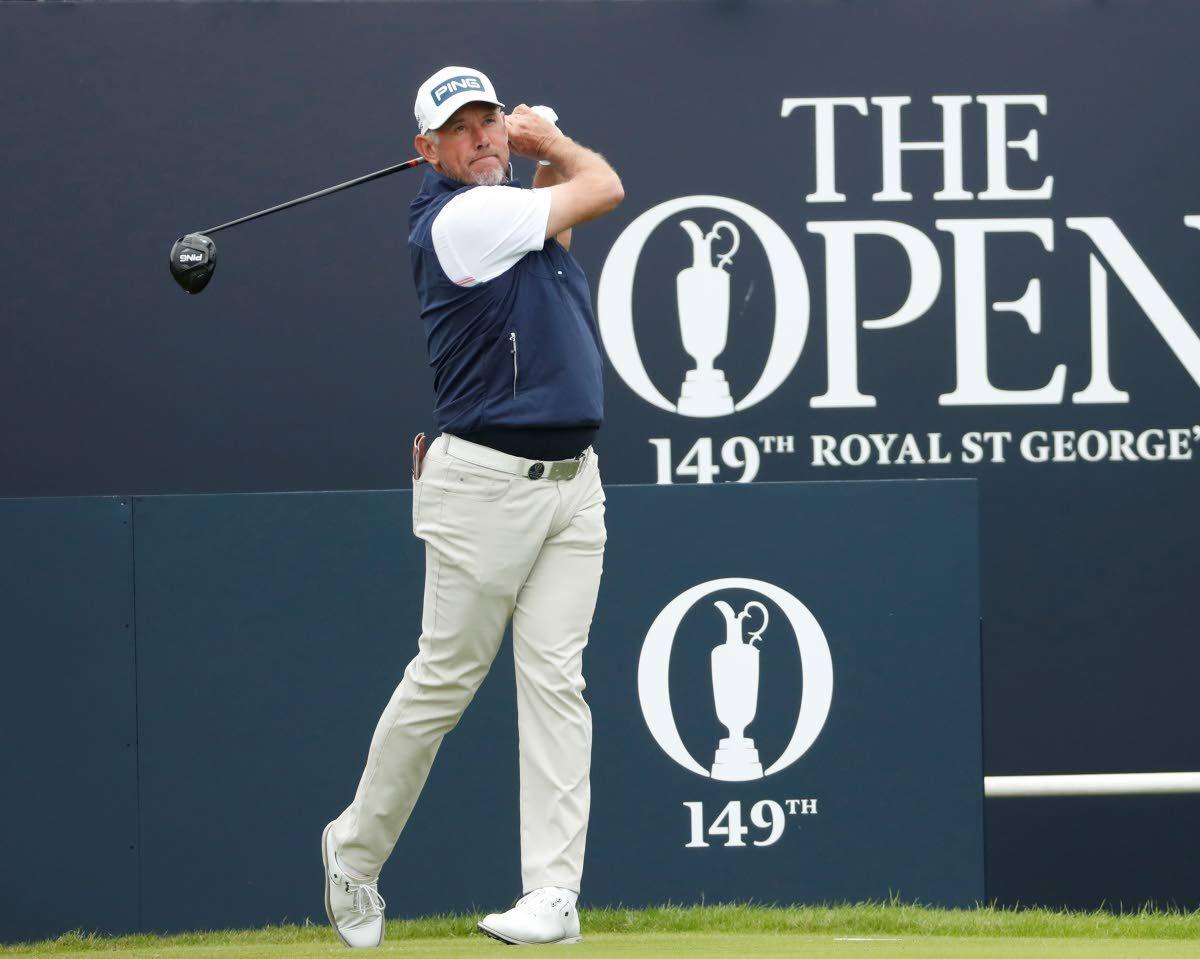 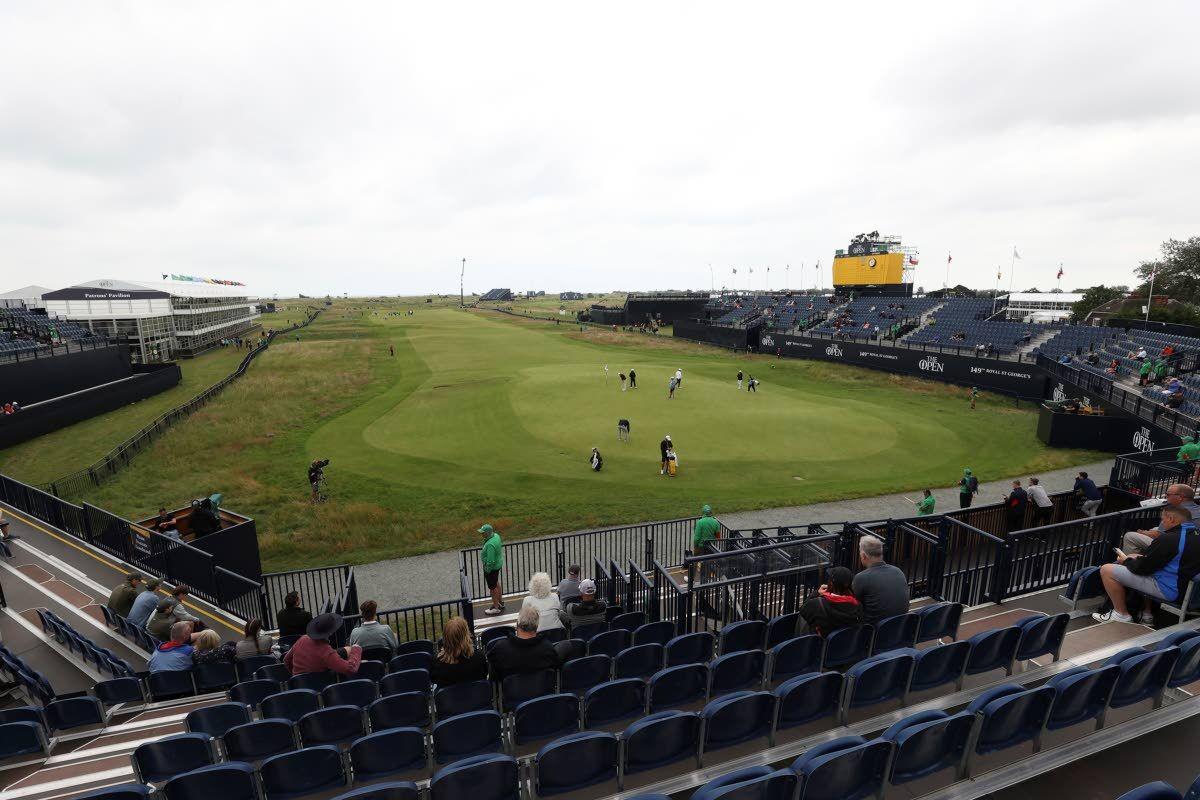 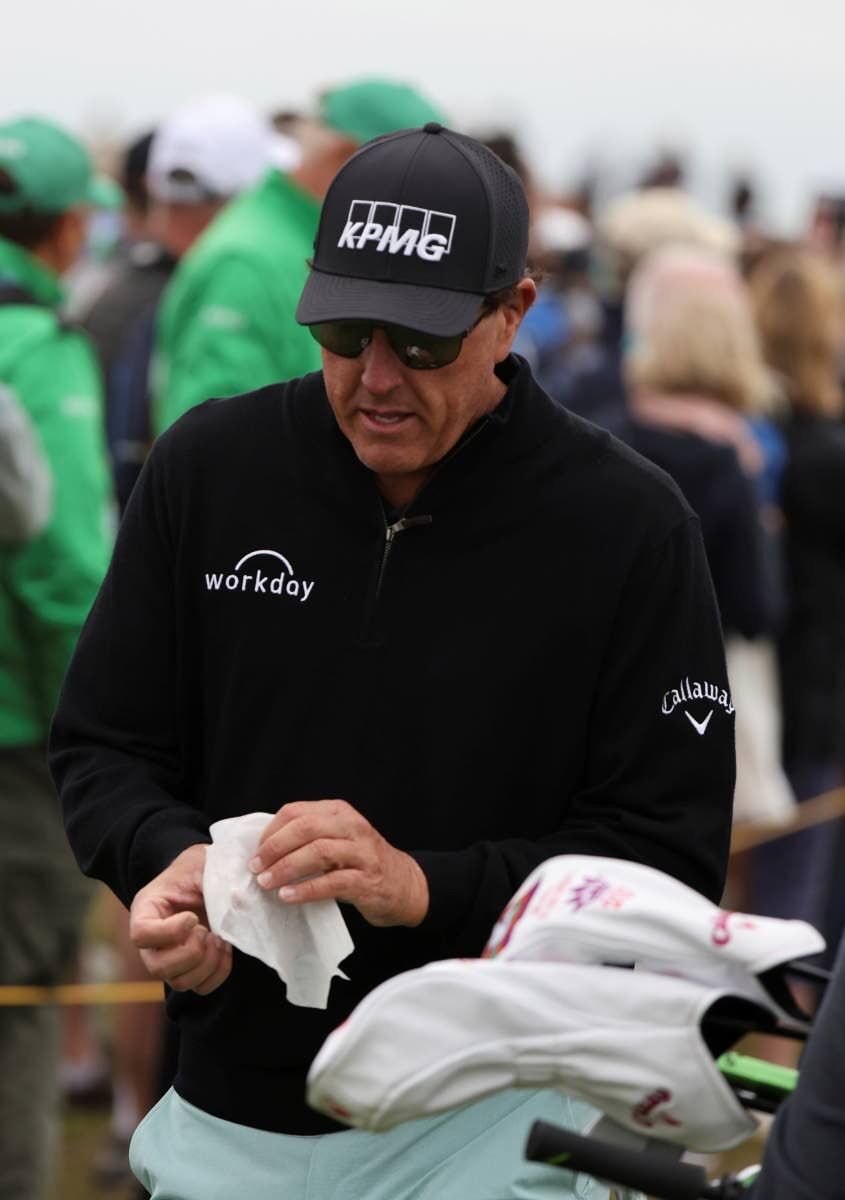 United States' Phil Mickelson wipes his hands after throwing back a fans ball that that had been offered for him to sign as he walks to the 3rd tee during a practice round for the British Open Golf Championship at Royal St George's golf course Sandwich, England, Wednesday, July 14, 2021. The Open starts Thursday, July, 15. (AP Photo/Ian Walton)

United States' Phil Mickelson wipes his hands after throwing back a fans ball that that had been offered for him to sign as he walks to the 3rd tee during a practice round for the British Open Golf Championship at Royal St George's golf course Sandwich, England, Wednesday, July 14, 2021. The Open starts Thursday, July, 15. (AP Photo/Ian Walton)

SANDWICH, England — Danny Willett shrugged his shoulders, grabbed his tee, and returned to his caddie beside No. 4 tee at Royal St. George’s.

He’d just hit what he thought was the ideal drive during his final practice round at the British Open, only for one of the bumps on the course’s lunar-like landscape to throw it offline and into the rough.

“Kicked left,” Willett said, before smiling. “Never asked for it!”

Expect the unexpected will be the motto for the world’s best golfers this week as they get a crack at links golf for the first time in two years in this picturesque corner of southeast England.

In some respects, this British Open will feel as if golf has returned to normal. There will be some 30,000 fans roaming the Sandwich links daily at the event that began late Wednesday in the Pacific time zone, the biggest golf crowd at a major since the pandemic. One man was wearing a dragon onesie next to the ropes on No. 6 on Wednesday, having been cruelly fooled by a group of friends into wearing a costume.

Those ooohs and aaahs and rumbling roars from a distance are all part of Open lore, and they’ll return. How golf missed them last year, when its oldest championship was canceled for the first time since 1945 because of the coronavirus outbreak.

Then again, this week couldn’t be more different. Players are being kept in a strict bubble to comply with COVID-19 restrictions devised by the R&A and are at risk of disqualification for breaching rules.

“It’s probably inevitable that we will have some problems,” said Slumbers, who already has seen Masters champion Hideki Matsuyama and Zach Johnson, the 2015 British Open champion, withdraw after testing positive for the virus and Bubba Watson forced to pull out for being a close contact of a positive case.

During a practice round Monday, Phil Mickelson appeared concerned he was getting too close to spectators. “He was like, ‘Can you just give me some space, I don’t know who you are,’” said English qualifier Nick Poppleton, who played alongside Mickelson.

On Wednesday, a spectator threw a ball to Mickelson for him to sign. The PGA champion immediately threw it back, without signing it, and wiped his hands with a towel.

Then there’s the course at Royal St. George’s, disrespected by some and unloved by many more for being unfair. Balls can be propelled almost sideways by the undulations on the fairways, some of which can be unhittable especially in dry and fast conditions.

The fairways on Nos. 1 and 17 promise to be particularly tough, not to mention the one at No. 4, as Willett can attest.

“It’s not my favorite of the (Open) rotation,” Brooks Koepka said of a course once described to American golfer Charles Howell III as “the world’s largest pinball machine.”

Helping the players this week is the rain that has lashed down on the course — the southernmost of the 10 on the rotation — which has made it green and soft. On No. 17 on this day, a drive by Garrick Higgo plopped up upon landing on a side-slope, taking the pace out of the ball as it dribbled toward the semi rough. Some fairways also have been widened.

Against that, the rough is knee high in places and is thick and lush rather than wispy.

“There’s certain lies out there it’s going to be a pitch back to the fairway,” big-hitting Bryson DeChambeau said of rough he described Tuesday as “diabolical.”

“And that’s including for everybody.”

Lee Westwood said he’d been informed by Slumbers the fairways would be watered later in the week to stop them from drying up and maintain their softness, given the thickness of the rough.

Royal St. George’s, it seems, will give and take this week. But if the wind picks up like it did on this day, it will be a mighty challenge.

Connor Worsdall, a 23-year-old Englishman playing in his first Open, had the privilege of being joined for the final two holes of his practice round Wednesday by No. 1 Dustin Johnson and DeChambeau.

Clearly thrilled, he said at the back of the 18th green that it was the best surprise he could have received before his opening round and Johnson and DeChambeau briefly spoke to him before leaving the course.

“They just gave me some advice,” Worsdall said, “to just treat it like a normal 18 holes as much as you can.”

At Royal St. George’s that might just be impossible.