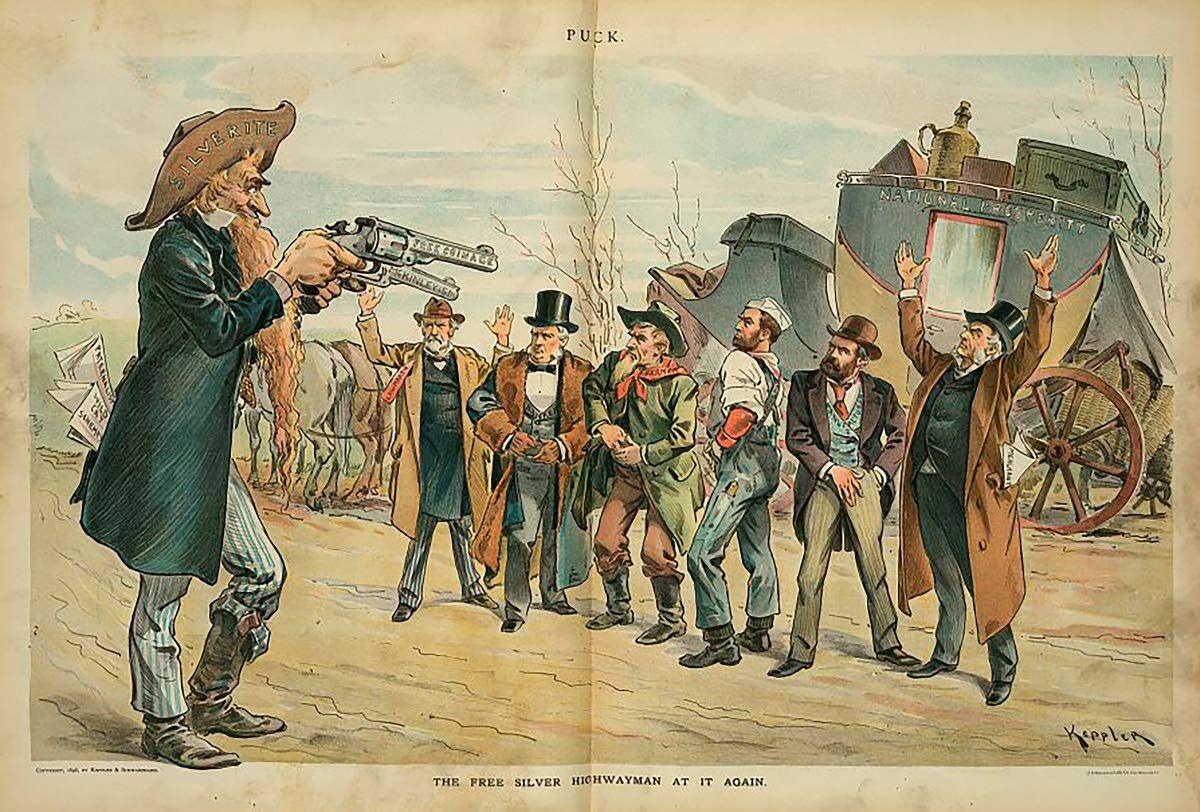 This illustration by Udo J. Keppler shows a highwayman identified as a “Silverite, holding two handguns labeled “Free Coinage” and “McKinleyism,” with papers extending from a pocket labeled “Paternalism” and “Wild Cat Schemes.” He is holding-up a stagecoach labeled “National Prosperity” with passengers labeled “Lawmaker, Banker, Farmer, Workingman, Manufacturer, [and] Merchant”. The “Lawmaker” and the “Merchant” have both hands raised, while the “Banker, Farmer, Workingman, and Manufacturer” are reaching into their pockets. It ran in Puck magazine No. 998 on April 22, 1896. 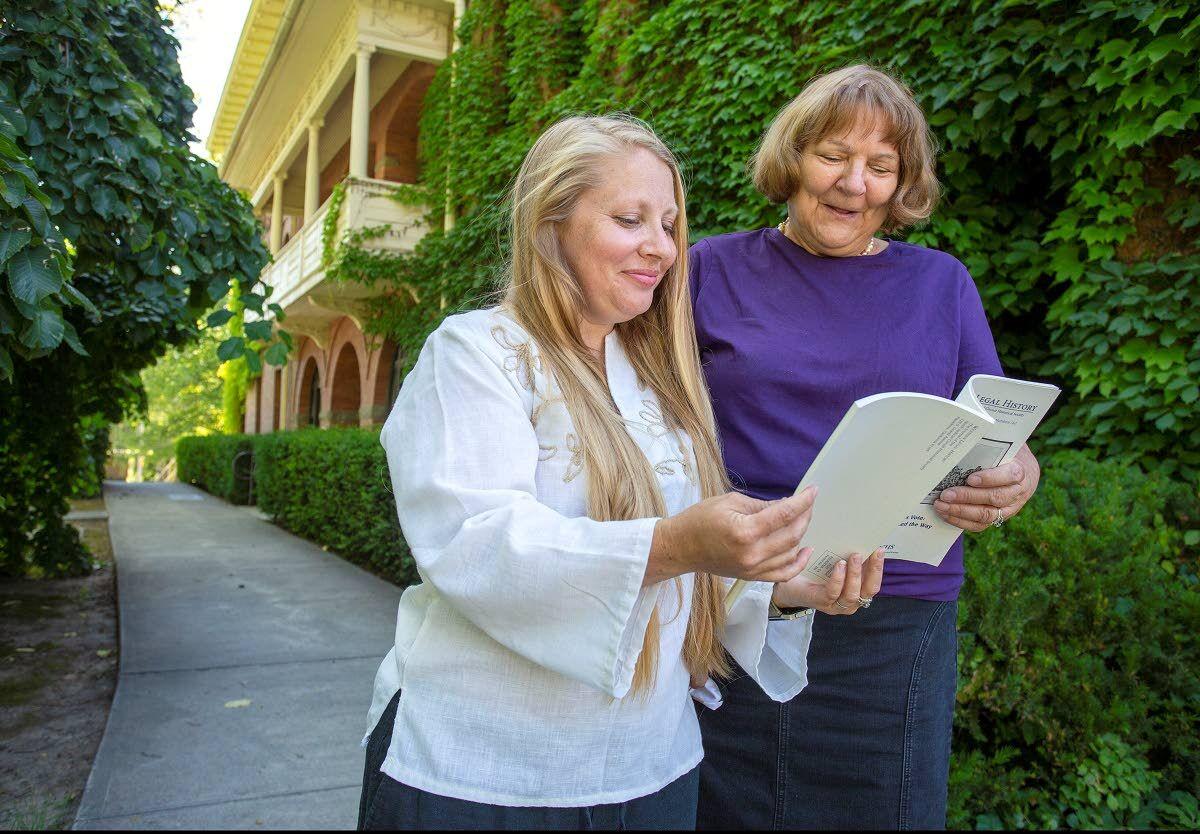 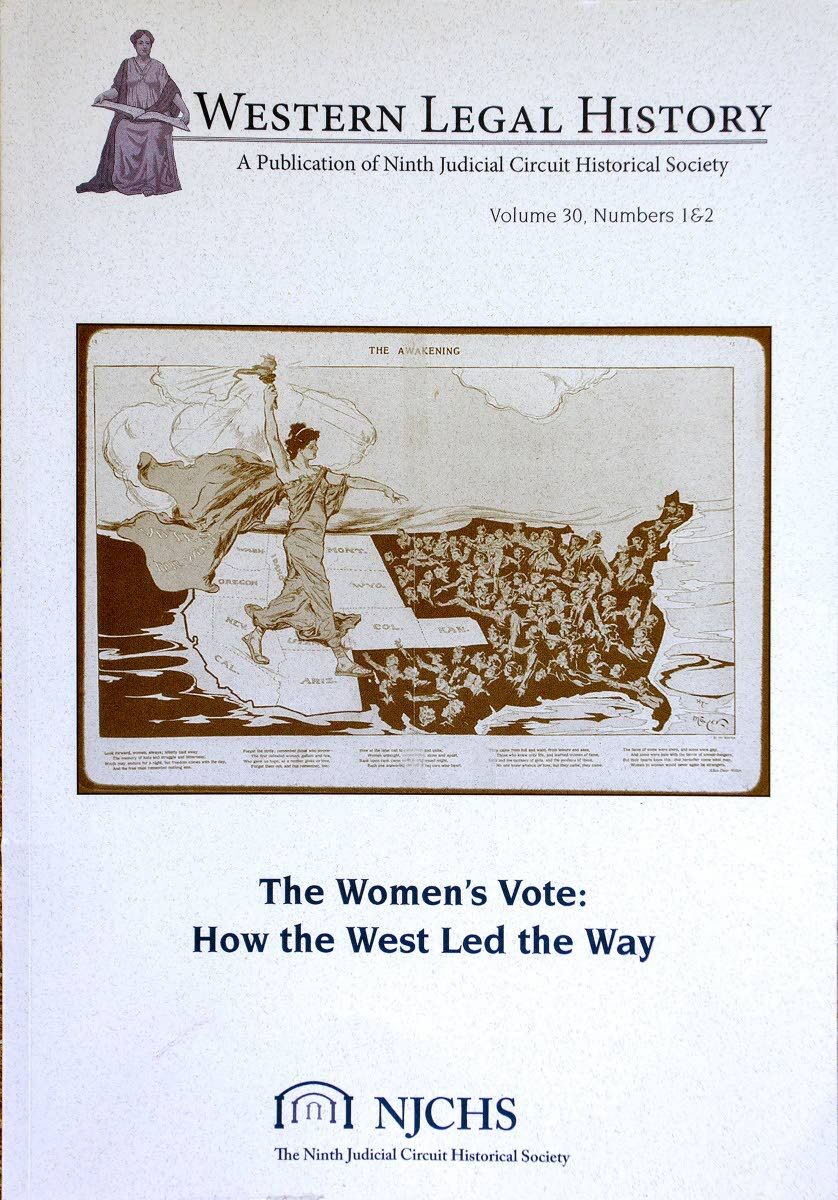 Katherine Aiken and Rebecca Scofield wrote an article about women's suffrage in Idaho for "Western Legal History," a publication of the Ninth Judicial Circuit Historical Society. 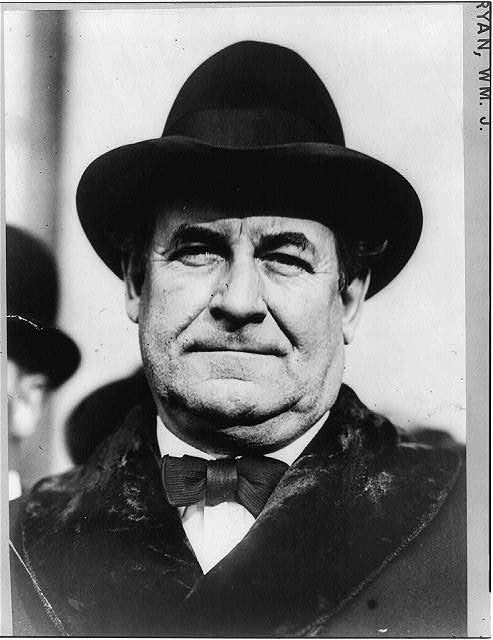 This illustration by Udo J. Keppler shows a highwayman identified as a “Silverite, holding two handguns labeled “Free Coinage” and “McKinleyism,” with papers extending from a pocket labeled “Paternalism” and “Wild Cat Schemes.” He is holding-up a stagecoach labeled “National Prosperity” with passengers labeled “Lawmaker, Banker, Farmer, Workingman, Manufacturer, [and] Merchant”. The “Lawmaker” and the “Merchant” have both hands raised, while the “Banker, Farmer, Workingman, and Manufacturer” are reaching into their pockets. It ran in Puck magazine No. 998 on April 22, 1896.

Katherine Aiken and Rebecca Scofield wrote an article about women's suffrage in Idaho for "Western Legal History," a publication of the Ninth Judicial Circuit Historical Society.

As the nation prepares to celebrate the centennial anniversary of the 19th Amendment that granted women the right to vote, the state of Idaho will mark 124 years of women’s suffrage this year.

Idaho was the fourth state to extend voting rights to women and the first to do so by an amendment to its state constitution. However, in their article “Balancing Act: Idaho’s Campaign for Women’s Suffrage,” local historians Rebecca Scofield and Katherine Aiken argue there are key factors to the early success of women’s suffrage in Idaho that have traditionally been overlooked.

Foremost among these was the distraction provided by another major, voting year issue, now largely forgotten, that was the source of national furor: the so-called idea of “free silver,” or the possible move to silver-backed currency.

“(The election of) 1896 is a really unusual election because it’s the ‘free silver’ election and in Idaho, silver trumps just about every other topic,” said Aiken, professor emerita of history at the University of Idaho. “The silver issue was so important in Idaho in 1896 that nobody paid as much attention to women’s suffrage being on the ballot as they might have, because they were all so caught up in this huge national issue.”

At the time, Aiken said, the nation was transfixed by this movement which sought coinage of silver dollars at a fixed value of 16 to 1 of dollar coins made from gold. The actual price ratio of the two metals was significantly higher in favor of gold at the time. Free silver was favored both by silver miners and farmers — two potent voting factions in the state.

“That would have made our mines very valuable and it would have injected more currency that’s backed by silver into the economy,” said Scofield, an assistant professor of history at the UI. “A lot of farmers in Idaho were very much in debt — (free silver) means your debts are actually worth less and crop prices go up, so you can sell your stuff for more money, and your debts are worth less money.”

William Jennings Bryan, the ultimately unsuccessful Democratic candidate for president that year, won 70 percent of the vote in Idaho likely because of his endorsement of free silver, Aiken and Scofield said. The issue was so volatile, it caused a faction of Idaho Republicans in favor of free silver to split from the rest of their party and form a new party called Silver Republicans.

Scofield said there were essentially two ways women’s suffrage were framed. The first, championed by groups like the Women’s Christian Temperance Union, argued maternal moral authority. These groups argued women were more moral than men and could serve as a kind of guiding light to usher in social reforms, like temperance, that would help to create a more civil society.

Other suffragettes championed voting as a fundamental human right. When the issue was placed on the ballot in the shadow of a much more controversial national debate, Scofield and Aiken said Idaho suffragists found themselves performing a “balancing act” between effective, local, grassroots organizing and avoiding agitating any opposition.

“When suffrage gets unexpectedly put on the ballot in 1896, they have to walk that line — they find they can’t actually make either the human rights or the sort of temperance, moral argument really, really blatantly,” Scofield said. “They can’t do what’s called a ‘hurrah campaign’ to drum up interest, because if they did so they would alienate the opposition and arouse more opposition to them.”

While the groups were fighting disenfranchisement, Scofield said this was not an inclusive movement. Even those arguing from the perspective that voting was a human right often did so explicitly on behalf of white women. Bigoted arguments in favor of suffrage were not uncommon.

“Today we consider suffrage a very straightforward, politically progressive thing — and it was politically progressive at the time, but it was also done through really racist language,” Scofield said. “Even our most sort of radical, human rights-oriented women were still deploying the language of ‘If you’re gonna let some uneducated immigrant, who’s drunk all the time vote then you better let me vote.’”

Aiken said it’s also important to note that Idaho suffragists created and organized a successful movement in a short amount of time. Scofield said while many other states had pro suffrage movements that had been established for decades, Idaho’s effort was relatively new. There were agitators like WCTU but no established office or group dedicated to suffrage prior to 1896. Even so, they were able to organize one of the first successful movements for women’s right to vote in the entire country. The rest of the nation would follow suit more than 20 years later in 1920 when Tennessee became the 36th state to ratify the 19th Amendment.

Aiken said grassroots organizing has always been particularly important in Idaho politics and continues to be today. She noted there was a recent successful signature campaign to place Medicaid expansion on Idaho ballots — which voters then passed.

Scofield said she reminds all her students that the majority of them would not have been allowed to vote 100 years ago, and Aiken said she too tries to inculcate her students with a sense of civic responsibility when it comes to voting and organizing.

“Unlike most other modern democracies, voting in the United States is not a right, it is not written into the constitution, it is a privilege,” Scofield said. “Until that changes, there’ll be a constant battle to keep voting rights for as many people as possible because people in power will always want to shrink the pool.”

Jackson can be reached at sjackson@dnews.com.