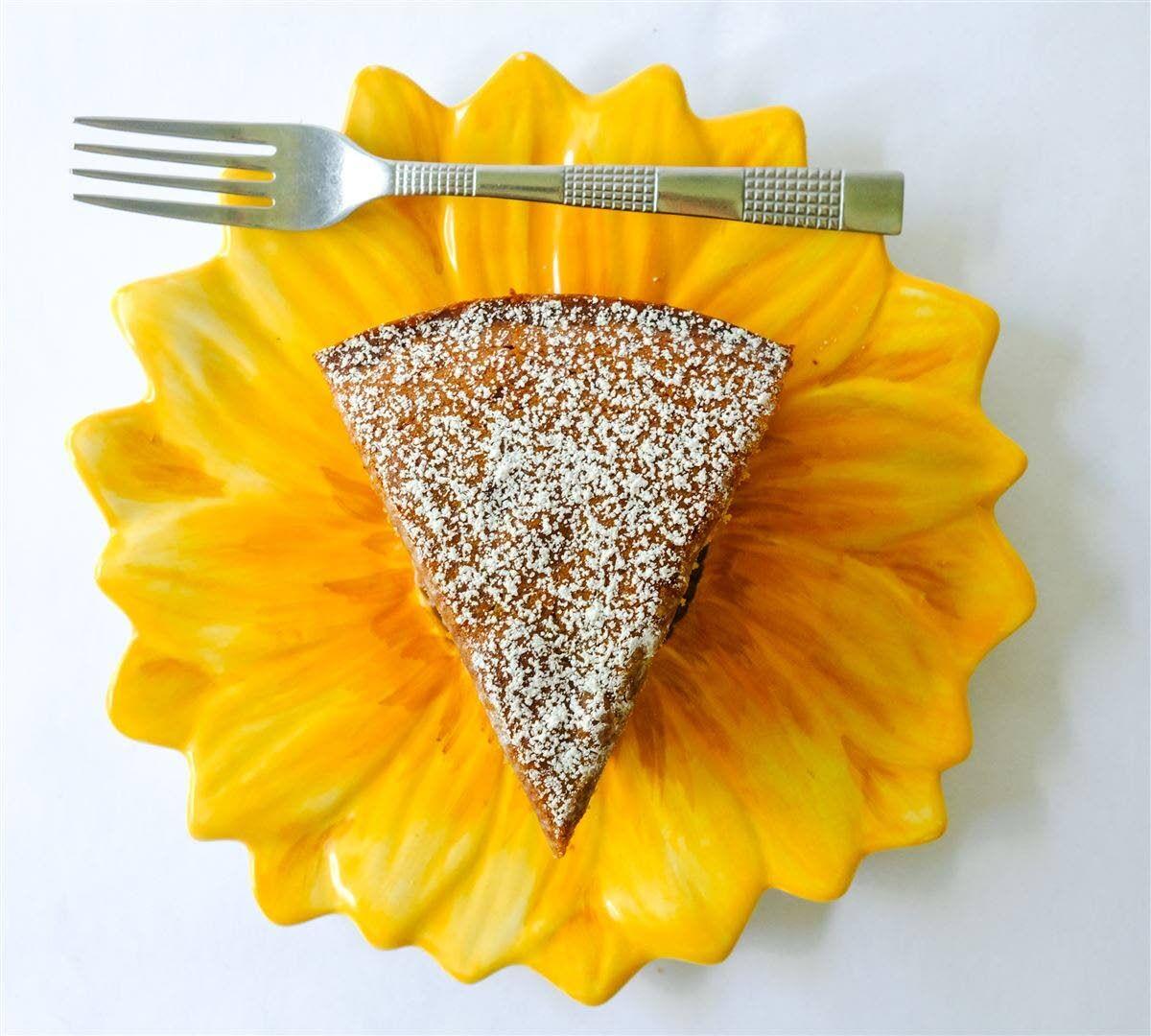 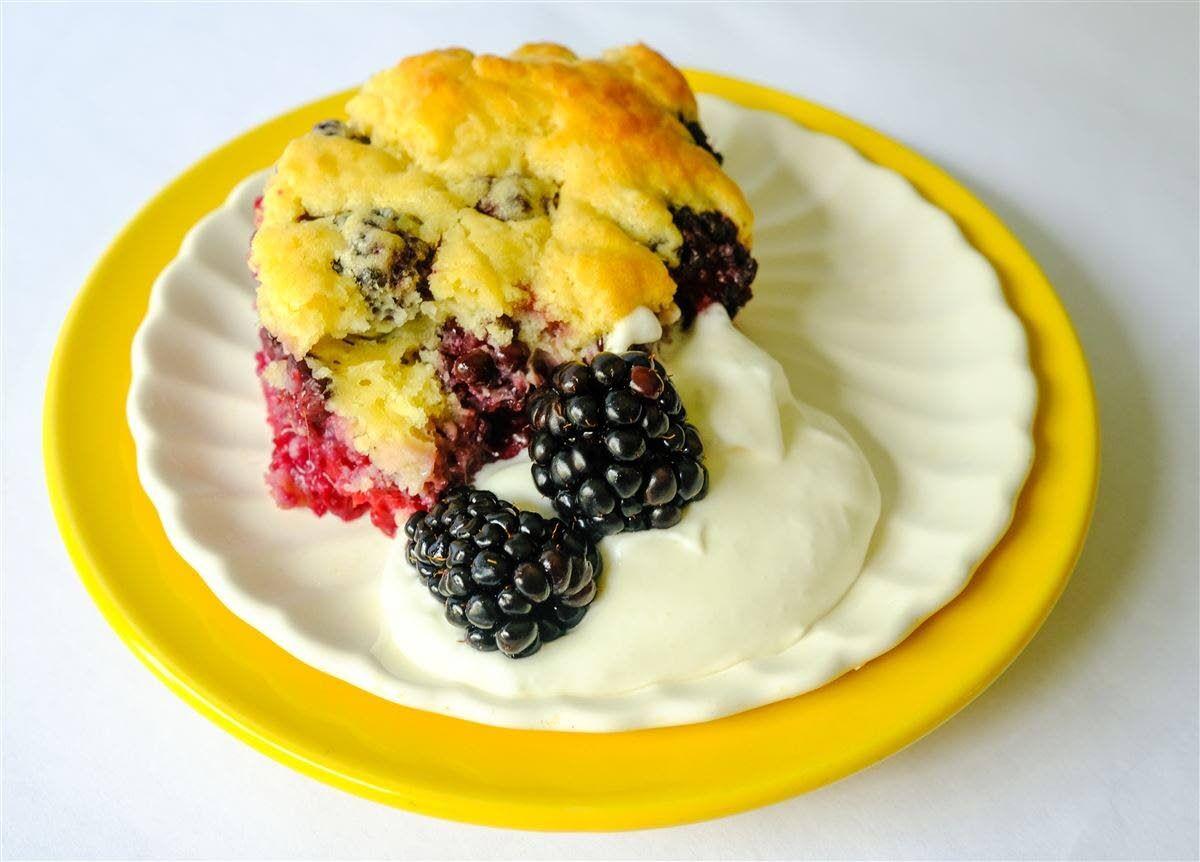 Sarah Kendall, M.D., contributed her recipe for Blackberry Panhowdy to the "Washington Women's Cookbook" published in 1908 to support suffrage. 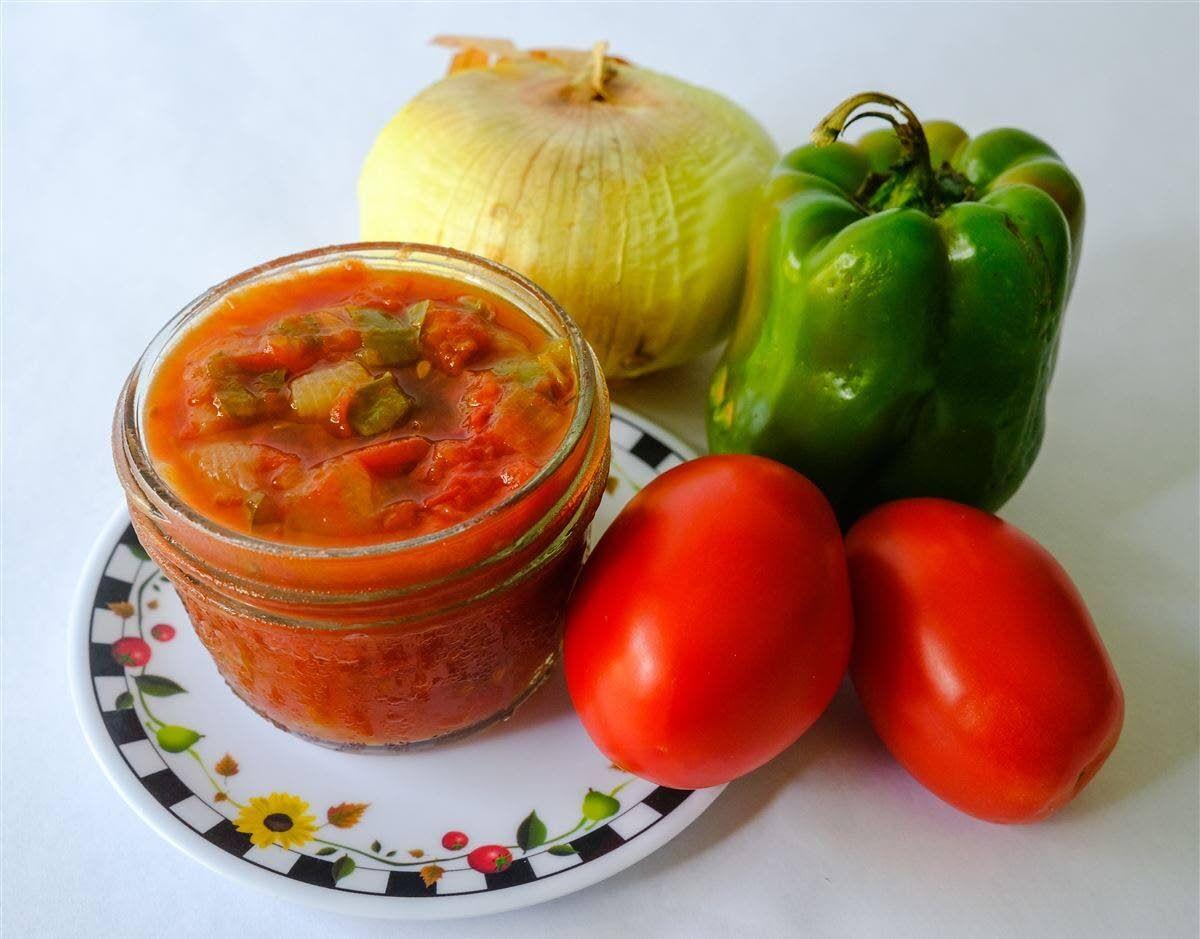 Suffragist Hulda B. Loud contributed her recipe for Chili Sauce to "The Woman's Suffrage Cookbook," published in 1886. Suffragists chose white, purple, and yeloow as their colors to represent purity, loyalty and hope, respectively. In particular, the golden color was an homage to the sunflowers that earlier suffrage campaigners has used as symbols. 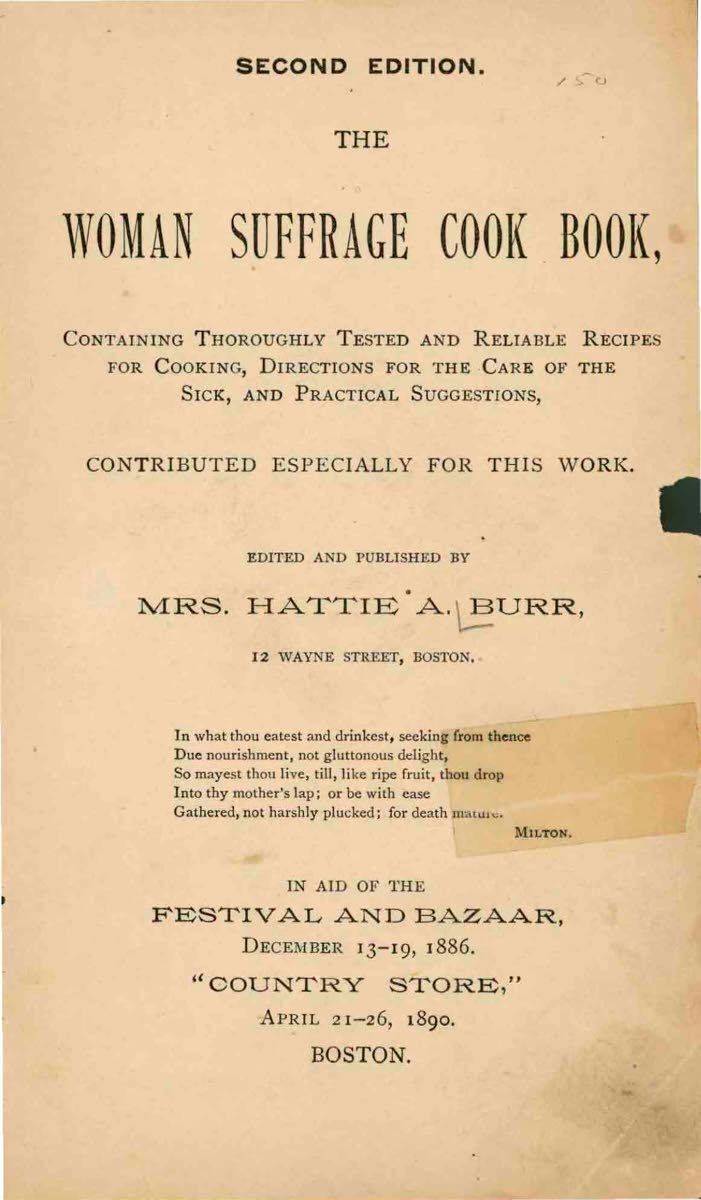 The cover of the "Woman Suffrage Cook Book," published in 1886. 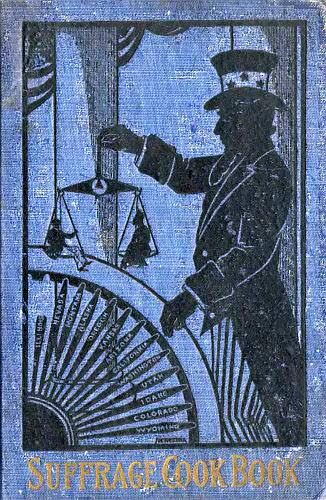 The cover of the "Suffrage Cookbook." 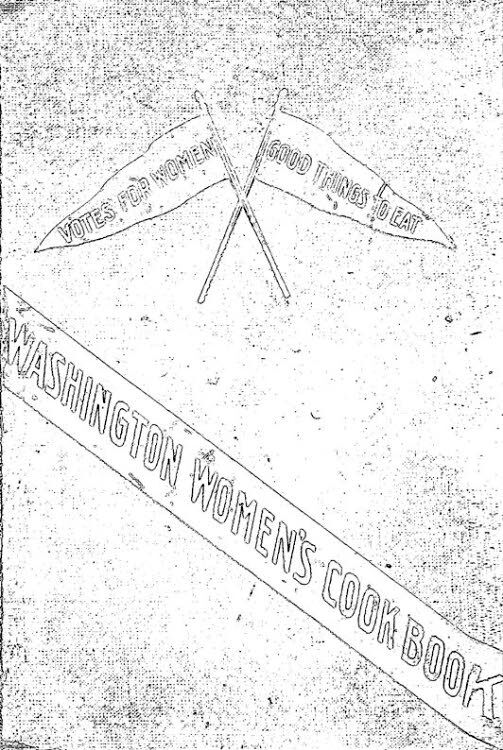 The cover of the "Washington Women's Cook Book."

Sarah Kendall, M.D., contributed her recipe for Blackberry Panhowdy to the "Washington Women's Cookbook" published in 1908 to support suffrage.

Suffragist Hulda B. Loud contributed her recipe for Chili Sauce to "The Woman's Suffrage Cookbook," published in 1886. Suffragists chose white, purple, and yeloow as their colors to represent purity, loyalty and hope, respectively. In particular, the golden color was an homage to the sunflowers that earlier suffrage campaigners has used as symbols.

The cover of the "Woman Suffrage Cook Book," published in 1886.

The cover of the "Suffrage Cookbook."

The cover of the "Washington Women's Cook Book."

Food served as a weapon in the fight for women’s suffrage.

Whether some of the women who spent decades working in support of the 19th Amendment that would grant them the right to vote — it was introduced in Congress in 1878 and finally ratified on Aug. 18, 1920 — were engaging in hunger strikes while imprisoned for their efforts or being force fed by prison officials in retaliation, food became a powerful combative tool.

It also was utilized in a more subversive way: through the publication of fund- and awareness-raising cookbooks which capitalized upon traditional female roles to upend traditional ways.

The suffragists — as they’re called in the United States, explained Judy Kehrle, a member of the League of Women Voters of Toledo-Lucas County and chairman of the Northwest Ohio LWV 100th Anniversary Committee celebrating the league’s birthday on Feb. 14, 2020 — employed their knowledge and shared interests in this way to promote their mission. (English suffragists “were a bit more militant,” Ms. Kehrle noted.)

“Women used what they knew, what they could to champion their causes,” Jan Longone, adjunct curator of the Janice Bluestein Longone Culinary Archive at the University of Michigan, noted during a 2008 talk at the school.

“If that meant baking a cake or cooking a dinner or writing a cookbook, they did that,” she said.

Recipe collections that included household hints and addressed other stereotypical feminine issues, such as caring for the sick, also countered the misperception that the suffragists were derelict in their duties — militants and radicals neglecting their domestic responsibilities.

And they necessarily had to appeal not just to women, but also to men who did have the power, influence and ability to effect change.

“Home, a smiling woman, and a good dinner — does not the heart of man yearn toward this trio at evening time,” the suffragists therefore asked demurely in a 1908 cookbook from Washington state.

But in truth, their cookbooks contained recipes for a revolution.

The very first compilation was produced in Boston in 1886: The Woman’s Suffrage Cookbook edited and published by Mrs. Hattie A. Burr.

True to its genre, it reassuringly purports to be a work that supports women’s traditional roles as homemakers.

Recipes for breads, cakes, fish, meats, vegetables, puddings, and more are offered, including a special chapter of healthful dishes specifically for invalids.

But “THIS little volume is sent out with an important mission,” wrote Mrs. Burr: to increase support for suffrage.

Contributors included Hulda B. Loud (a schoolteacher, editor-in-chief/owner of a local newspaper in East Abington, Mass., and a fierce advocate for women’s and laborers’ rights); Julia Ward Howe (“The Battle Hymn of the Republic”); and prominent doctors, ministers, teachers and authors.

The Woman’s Suffrage Cookbook concludes with “Eminent Opinions on Woman Suffrage”: pages full of supportive statements from advocates for the cause.

Its cover drawing shows two banners waving, illustrating the book’s dual purpose: One promotes “Votes for Women” and the other promises “Good things to eat.”

This book is not dedicated devotedly to a husband or to a family, but instead very boldly “To the first woman who realized that half of the human race were not getting a square deal, and who had the courage to voice a protest,” as well as to the “valiant and undaunted soldiers of progress” who withstood ridicule, arrests, beatings and other abuses while fighting for women’s voting rights.

In addition to recipes, the cookbook includes both menu suggestions for ladies’ informal luncheons and a “Vegetarian Department,” as the suffragists focused attention on health — again, an emphasis on hearth and home, warmth and well-being.

Endorsements for suffrage are included here, too, as are legal opinions supporting women’s right to vote. But to temper them, there are beauty tips and household hints to reinforce a sense of domesticity.

In Pittsburgh, Laura Kleber was initially opposed to women voting.

Once converted to the cause, though, she became a strong supporter and compiled recipes for “The Suffrage Cook Book” which was published under the name Mrs. L.O. Kleber in 1915.

Contributors included Jack London, who “consulted with Mrs. London,” he wrote, before they sent a recipe for roast duck.

Nobel Peace Prize winner Jane Addams reminded women who purchased the cookbook that they were working not only for themselves, but for those who remained disenfranchised in states that had yet to ratify the 19th Amendment.

“You are our leaders at this crucial time and thousands of women are looking to you. You have their deepest and heartiest co-operation in your campaign work,” she wrote passionately.

As with the others, this collection offers recipes along with statements of support.

There are also a few mock recipes, such as the “Pie for a Suffragist’s Doubting Husband” that includes “1 qt. milk human kindness,” eight reasons that women should be permitted to vote, and instructions to “Mix the crust with tact and velvet gloves, using no sarcasm, especially with the upper crust. Upper crusts must be handled with extreme care for they quickly sour if manipulated roughly.”

After noting that she had personally tested most of the recipes, Mrs. Kleber wrote that, “It being a human Cook Book there will likely be some errors” still.

But then, “correcting errors is the chief duty and occupation of Suffrage Women.”

Place all the ingredients into a large saucepan and bring to a boil over medium-high heat. Reduce heat to low, partially cover, and cook for 1 1/2 hours, stirring occasionally until thickened.

Pour chili sauce into a 1-pint jar. Cover with a lid and refrigerate until ready to use.

Source: Adapted from Hulda B. Loud, The Woman’s Suffrage Cookbook

1/2 cup strawberry (or other berry) jam

Preheat the oven to 350F. Grease and flour a 9-inch springform pan.

In a large mixing bowl, using an electric mixer, cream together the brown sugar and butter. Beat in the eggs, then mix in the jam and spices.

Combine the baking soda and flour; add half the mixture to the batter and mix well. Add the buttermilk and mix, then add the remaining flour and mix well.

Pour the batter into the prepared pan and bake for 40 to 45 minutes until a tester inserted into the center comes out clean. Let cool for 10 minutes before removing the ring from the pan. Cool completely on a rack before slicing and serving.

Original recipe: One quart of blackberries in a buttered pudding dish, one cup flour in another bowl, with one and one-half teaspoons of baking powder, one salt spoon of salt and a tablespoon of butter; rub up fine. Beat yolks of two eggs with one cup of milk and one tablespoon of sugar, add to flour, stirring to a smooth batter. Beat whites of eggs to a stiff froth and add to batter, then pour the batter over the berries and bake in a moderately quick oven. Serve with hot or cold sauce.

Preheat the oven to 350F. Grease an 8-inch square or 9-inch round baking dish.

Place the blackberries into the prepared baking dish.

Place the flour into a mixing bowl along with the baking powder and salt. Add the butter and mix until crumbly.

In a separate bowl, beat the egg yolks with the milk and sugar; add to the flour and stir well.

In a separate bowl, beat the egg whites until stiff; fold into the batter, then pour over the berries.

Bake for 40 to 45 minutes until golden brown and a toothpick inserted into the center comes out clean. Serve with whipped cream or ice cream.