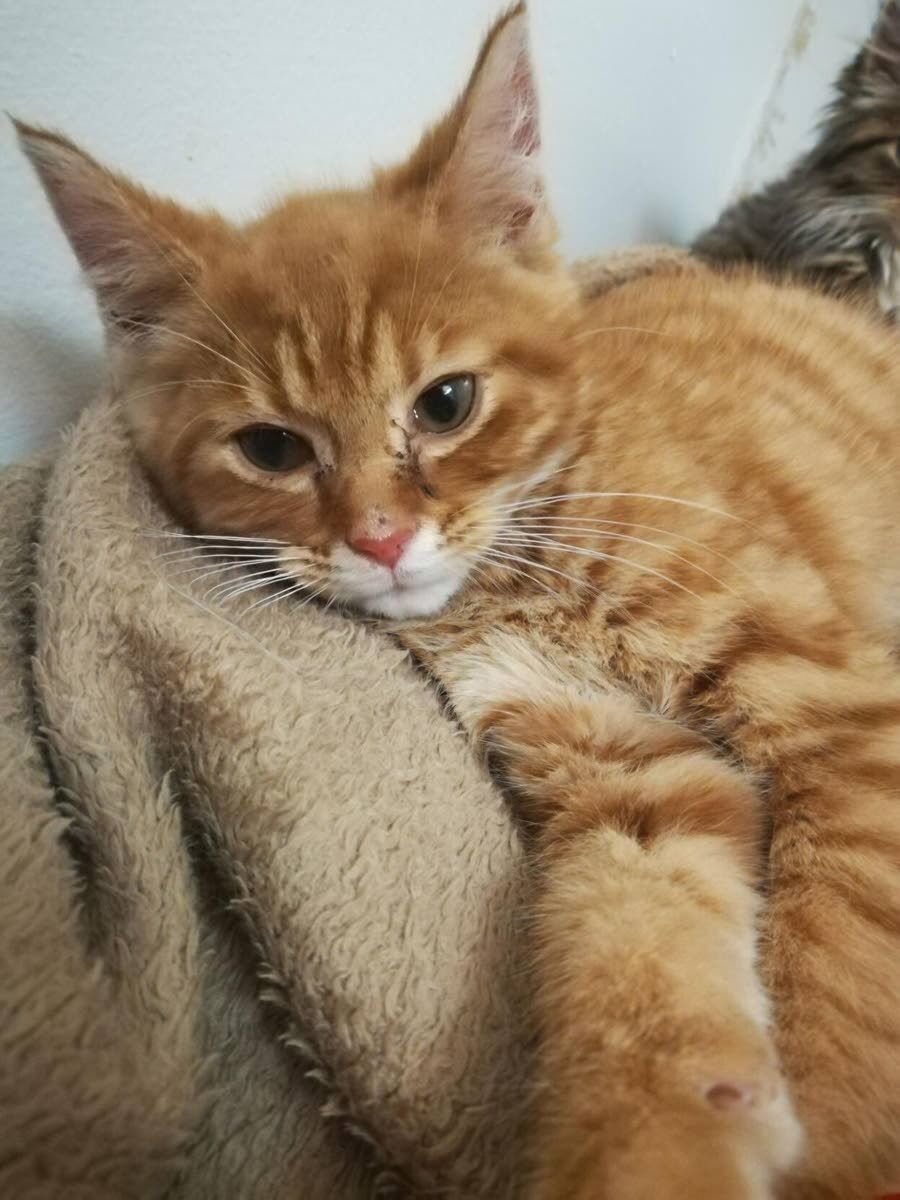 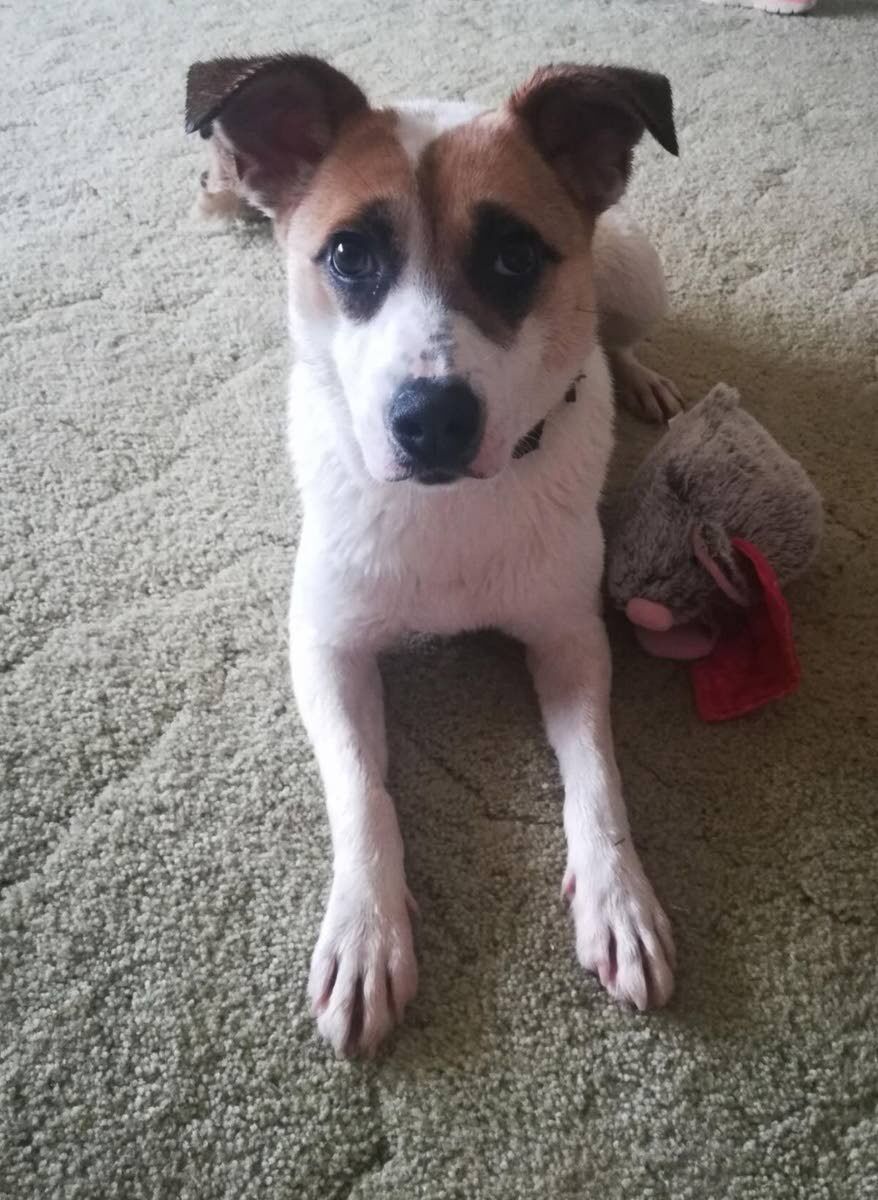 GREENUP, Ky. — Amanda Russell seems like the perfect dog mom. Or cat mom. Or mom to any animal.

Russell, of Greenup, has a degree in animal sciences, making her well-equipped to foster animals for Friends of Greenup Paws, an organization of animal advocates who rescue impounded and stray animals in Greenup County and surrounding areas.

One dog and a guinea pig call Russell’s house home, but they’ve easily made room for two foster cats.

“There have been no real problems,” Russell said. “Then again, my dog is very, very well-behaved. He’s a border collie mix and he’s been my baby ever since he’s been around. ... Sometimes new dogs get a little snippy or they’re scared and we have to do a little bit of work to get them more comfortable.”

Russell has fostered for Friends of Greenup Paws since 2019, having taken care of 10 dogs and more than 30 cats in that time. She also has fostered for One by One Animal Advocates in Huntington.

“I’m sort of the ‘difficult animal person’ a lot of times,” she said. “Right now I’m working with cats pulled from a feral colony.”

She said they are coming around, as usual, but feral cats that don’t get adjusted to people get spayed or neutered and she keeps them outside and feeds them.

“I just goes to show fostering works,” she said. “You can change an animal from aggressive and scared to friendly.”

Stephanie Scaletta, director and founder of the non-profit Friends of Greenup Paws said once animals are ready for adoption, they could be sent nearly anywhere in the country. The rescue has delivered animals to Canada, Connecticut, Minnesota, Ohio, Michigan, Pennsylvania, Indiana and Illinois — places where there are more people to adopt and spay and neuter laws are in place.

Also, working hands-on with animals and serving on the organization’s board are Jim Twinam, Jessica Jarrell, Trisha Johnson, Nichelle Lewis and Jennifer Porter.

The organization has no kennel; Porter said they take animal surrenders and animals from hoarding situations. Animals go to foster homes, even if they’re sick or injured.

“Everybody works so hard together,” Porter said. “We’ve been really, really busy lately, especially now, in the middle of kitten season, so we’re dealing with more cats that anything right now.”

Each foster animal gets its vaccinations and health certificate before moving; each foster home has its animal for a maximum of two weeks.

Porter said there are 12 “committed fosters” for FOGP, but she would like to see 20 or more.

“We can use every one that we can get,” she said. “Most of the time more cats than dogs.”

Even though Russell has a background in animal behavior, she said it’s not necessary to foster.

“It’s easy to get into being a foster,” Russell said. “It’s very rewarding, but it’s very difficult because you bond vey closely with these animals. That’s why we try to get them rescued within two weeks. That makes it a little bit easier.”

She said fosters should remember you have to work with the animals and help them become socialized.

“It takes time and effort,” she said. “This is a live animal. You can’t just put them in a cage and leave them there.”

FOGP provides the material things the animal needs, including food, but the foster has to invest time and attention.

“It’s a great way for someone who hasn’t had a pet to dip their toes into the responsibility without committing,” Russell said. “It’s a little bit of a taste of what it’s like to be a pet owner.”

Sometimes it’s not possible to have them rescued in just two weeks.

“When you’re doing transformative work, like animals with medical problems, they’re not quite ready for rescue. You have to have them for a while,” Russell said, recalling a cat she had for almost five months.

“She was unable to travel because of the pandemic,” she said. “But I let her go and I cried and cried. You have to remember they’re going to a great place and they’re going to have a great life.”