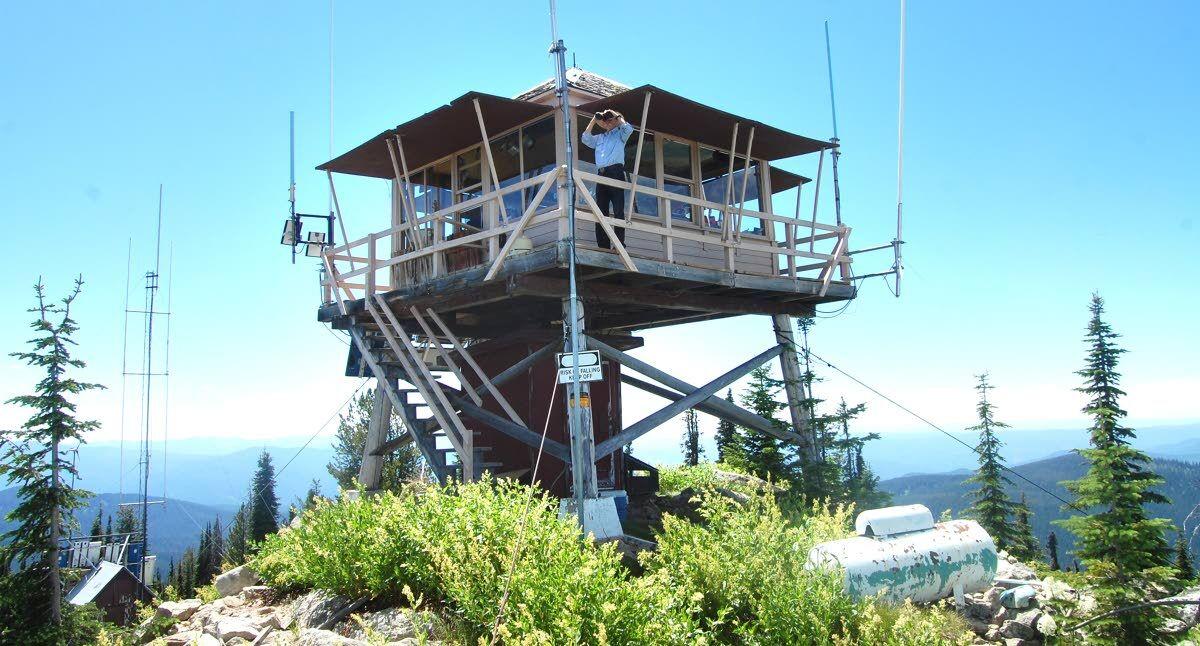 Pilot Knob Lookout Tower sits high above the South Fork of the Clearwater River and offers commanding views of the surrounding Nez Perce-Clearwater National Forest. It and others like it are are closed to the public this summer as part of an effort to make sure the people who staff them are protected from the coronavirus. 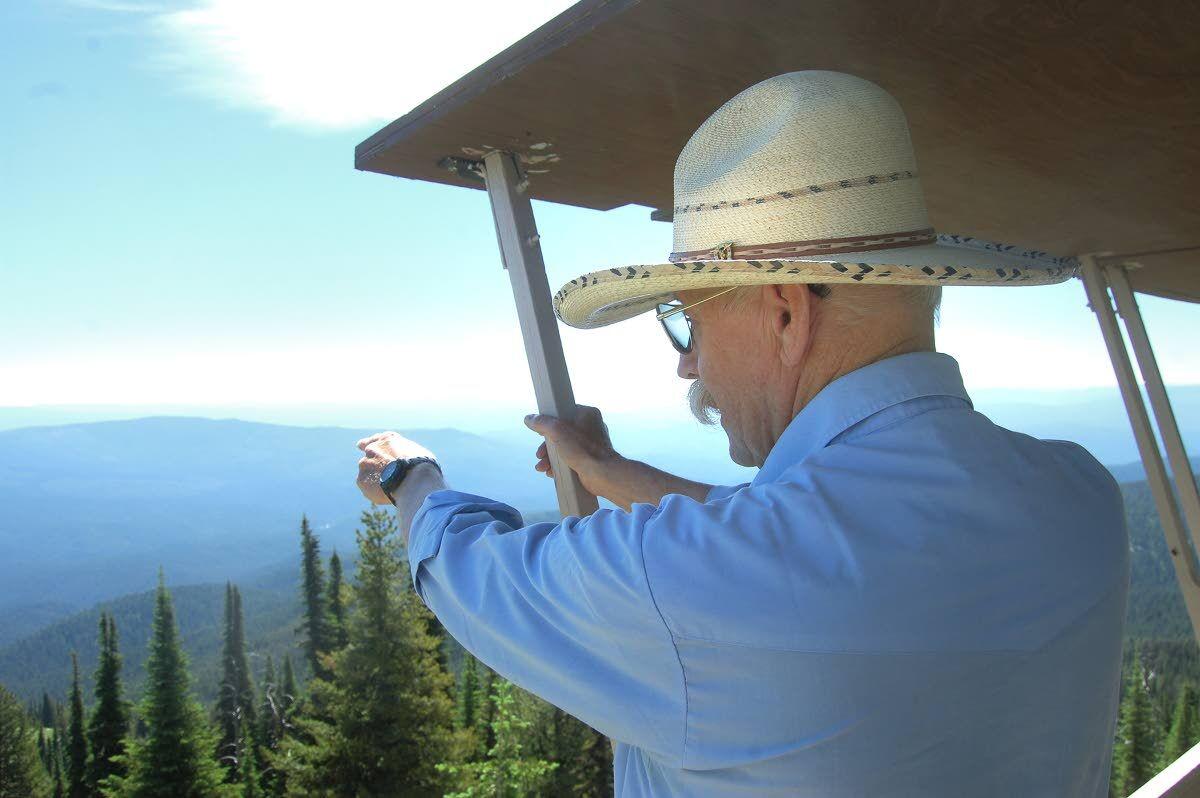 Gary Dutcher looks for smoke from Pilot Knob Lookout in 2014.

Pilot Knob Lookout Tower sits high above the South Fork of the Clearwater River and offers commanding views of the surrounding Nez Perce-Clearwater National Forest. It and others like it are are closed to the public this summer as part of an effort to make sure the people who staff them are protected from the coronavirus.

Gary Dutcher looks for smoke from Pilot Knob Lookout in 2014.

The public will be restricted from visiting staffed fire lookout towers on the Nez Perce-Clearwater National Forest this summer in an effort to protect the people who spend their summers in them from contracting COVID-19.

Although the U.S. Forest Service increasingly uses technology and aviation to detect wildfires burning in remote areas, fire lookouts remain a vital part of the agency’s firefighting apparatus. The towers, perched on prominent points with good views of the surrounding country, are generally staffed from early July into September, depending on the intensity of individual fire seasons. The people who live and work in them, known themselves as lookouts, spend their days watching for wisps of smoke. When they see a new fire, they radio the location to fire dispatch centers.

Although the small structures that sit atop the towers are their homes and offices, lookouts sometimes permit curious members of the public to enter or to use primitive restrooms near the base of the towers. The risk of disease transmission and potentially losing fire lookouts to illness is too great this year to permit that kind of interaction, and the public will be restricted from accessing the top level of staffed lookout towers or from using restrooms.

“Individuals who live and work in our fire lookouts every season play a key role not only in detecting wildfire starts, but also in relaying information about those fires and about other area conditions to employees working in the field, at dispatch centers and at our offices,” said Kevin Pfister, fire management officer on the Nez Perce-Clearwater National Forest. “It is imperative that we do everything we can to protect the health of all of our employees and volunteers, including our lookouts.”

There are several retired lookout towers in the forest that can be rented as cabins. Most of those are in operation this summer. More information about the retired towers and other Forest Service rental cabins is available at https://bit.ly/3fdzfmr.

The heart of fire season generally arrives about the second week of August in much of north central Idaho. Deputy Fire Staff Officer Barry Ruklik said fire season will be shorter this year because of ample spring moisture that lasted into June. However, he said forest fuels are quickly curing.

“Most of the forest is in high fire danger,” Ruklik said. “Our Salmon River, South Fork (Clearwater), Snake River canyons and all those grassy canyons, they are in very high fire danger right now.”

The large number of social events and activities that have been canceled this summer because of COVID-19 restrictions has led to an increase of the number of people spending time on public land. Many campgrounds and popular recreation areas throughout the Northwest have been choked with visitors.

“We are seeing a lot of visitation. Folks are looking to get outdoors and enjoy everything our public lands have to offer,” said Jennifer Becar, spokeswoman for the Nez Perce-Clearwater National Forest.

With increased use comes increased risk of accidental fire starts. Things like unattended campfires, parking in tall, dry grass or smoking can lead to fires. The agency is asking people to be extra careful and to remember Smokey Bear’s mantra: “Only you can prevent forest fires.”

“We are looking for August to be very busy if we have the same amount of lightning we normally get and potentially with that many more folks out in the forest. With fuels drying out, and as receptive as they are getting to be now and in the next couple of weeks, that is going to be a big concern for us as well,” Ruklic said.