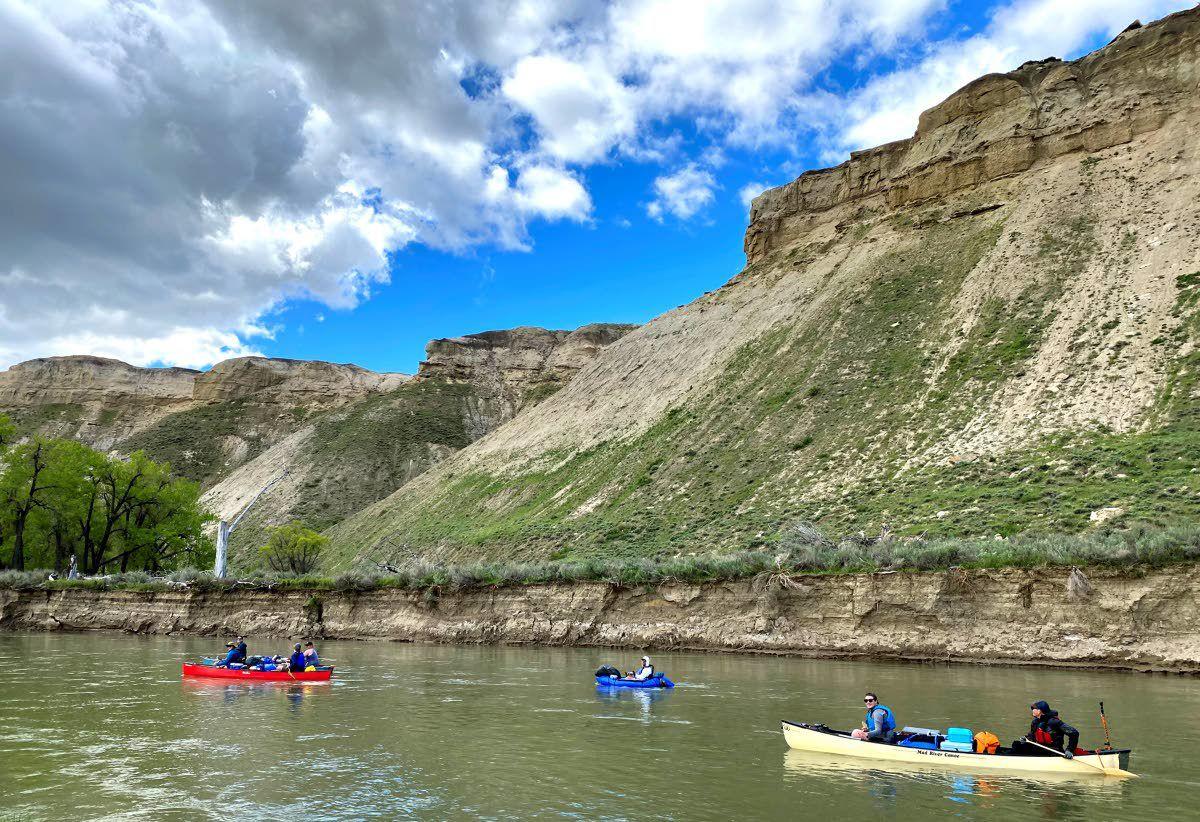 A group of boaters paddles down the Marias River over the Memorial Day weekend. The crew launched at the Highway 223 bridge and floated 57 miles downstream to Loma, Mont. There are no public takeouts between the two points in the remote north central part of the state. 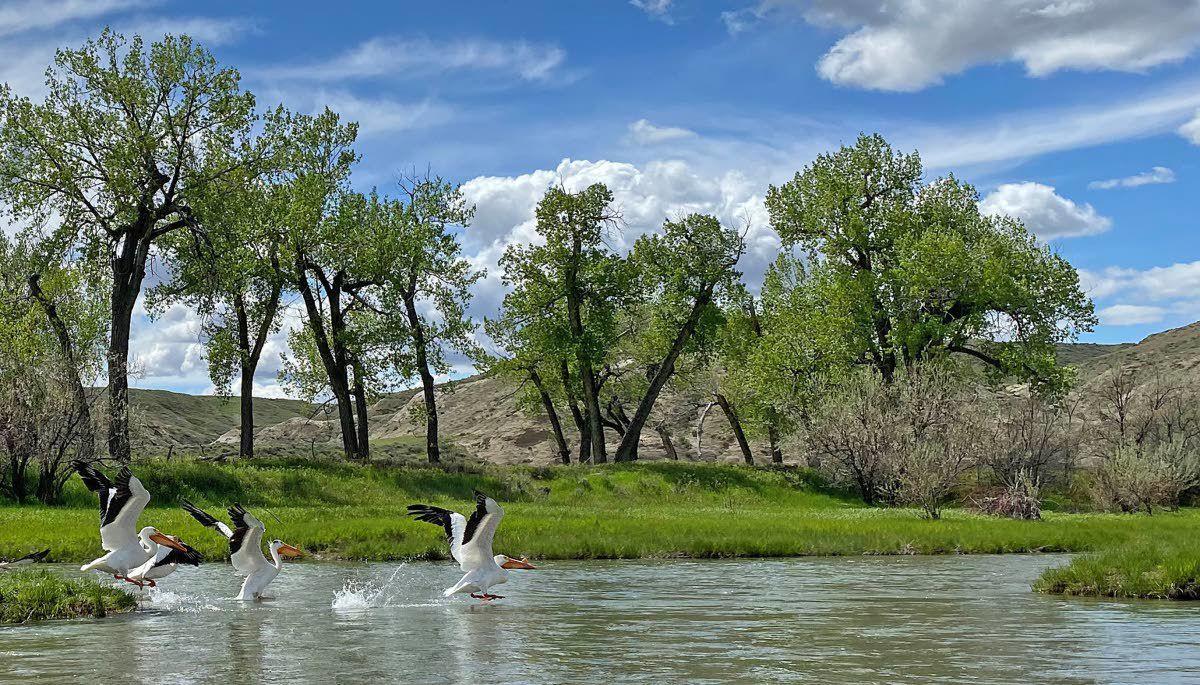 A group of pelicans launches into flight along the Marias River, which is thick with bird life. 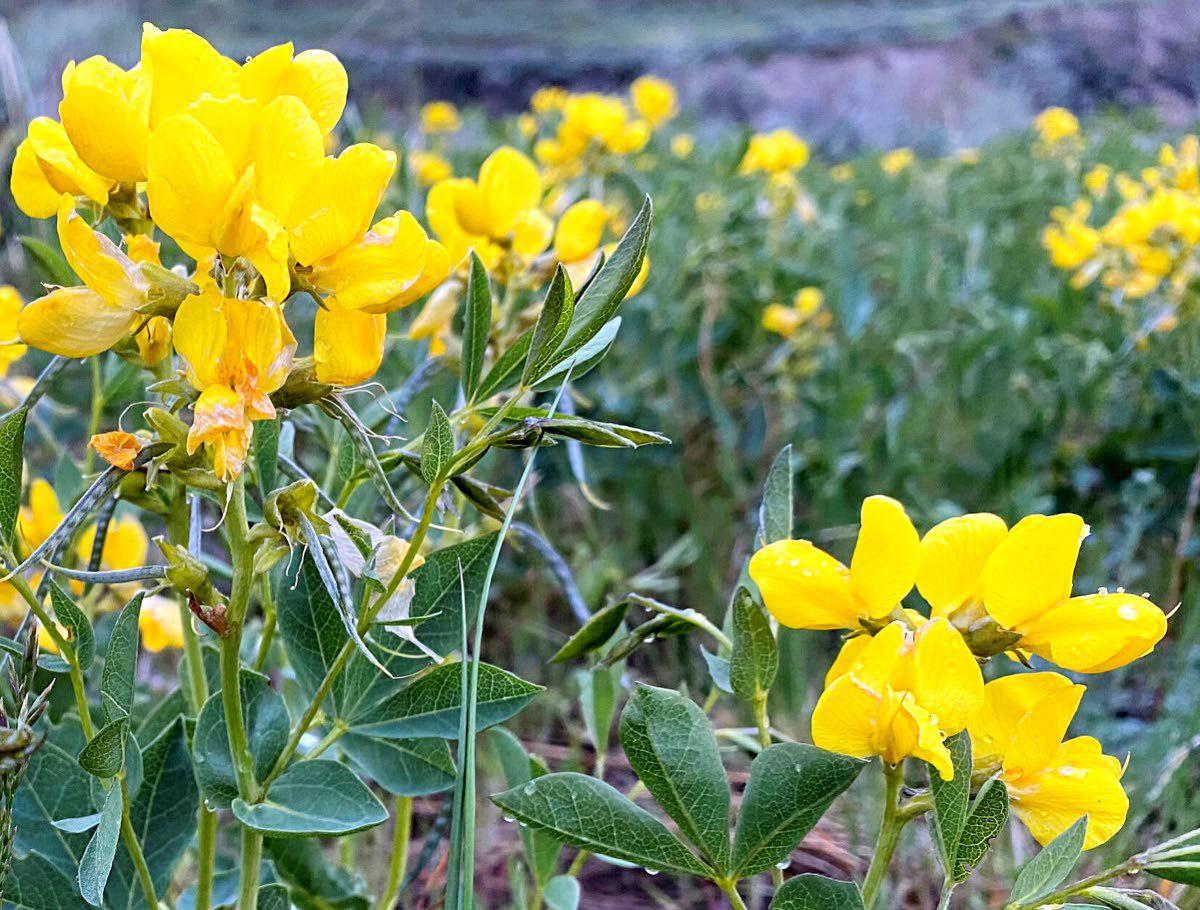 A group of boaters paddles down the Marias River over the Memorial Day weekend. The crew launched at the Highway 223 bridge and floated 57 miles downstream to Loma, Mont. There are no public takeouts between the two points in the remote north central part of the state.

A group of pelicans launches into flight along the Marias River, which is thick with bird life.

The secret is out.

The Marias River below Tiber Dam is a tremendous 78-mile stretch of fishing and floating water. Although it’s been praised in earlier magazine and newspaper articles, the Marias River’s growing popularity may be tied to a surge in water sports.

The stream’s popularity was evident on Memorial Day as vehicles with western Montana license plates pulling drift boats, canoes and rafts retreated south from the waterway.

“It’s really sad, because it used to be a nice hidden gem,” said Nicole Fugere, owner of Missouri River Outfitters in Fort Benton.

One reason this section of the Marias has avoided much attention is its remote location in north central Montana, a drainage scoured out of glacial deposits south and east from Tiber Dam. Completion of the dam in 1955 created a trout fishery for the first 21 miles.

“Outfitters are coming up from the Missouri and they’re catching 24- to 26-inch browns every now and then,” said Chester-area farmer Dennis Hanson, who chatted by phone from his boat on Tiber Reservoir (also known as Lake Elwell).

License plates from Ennis, Anaconda and everywhere in between have caught his attention.

“Here it is Monday. Doesn’t anybody work anymore?” he said, and laughed. “But we’re so far away that they’re up for the weekend and then gone.”

Heavy with history, the 170-mile-long river starts in the Rocky Mountains near Valier, Mont., before joining the Missouri River just outside the community of Loma. When explorers Meriwether Lewis and William Clark reached the mouth of the Marias on June 2, 1805, Clark took measurements to compare the size of the waterways. The Missouri was about 175 yards wide compared to the Marias’ 95 yards.

The captains and crew disagreed about which river to follow upstream. Measuring the waterways was one way to decide. The expedition’s crude map made no mention of the large river entering from the north. So the group sent exploration parties up each drainage to assess the situation. A high hill between the rivers is named Decision Point, the place where Lewis and Clark decided to stay on the Missouri River.

It was Lewis who named the river after his cousin, Maria Wood. By the 1860s Maria’s River was contracted to Marias. For much longer the Blackfeet Tribe called the waterway Bear River.

Well-known to the tribe, the Marias River marks one of the most shameful massacres in U.S. history. Soldiers from Fort Ellis, near Bozeman, marched cross-country in January 1870 and found a band of peaceful Piegans wintering along the Marias. A drunken Maj. Eugene Baker ordered an assault on the encampment that included the killing of women, children and the elderly. The attack is referred to in James Welch’s book “Fools Crow,” as well as recounted in “Blood on the Marias” by writer Paul Wylie.

“It is sacred ground to the Blackfeet,” Fugere said.

Those familiar with the Missouri’s White Cliff’s section will feel right at home on parts of the Marias, Fugere said, since they look somewhat similar.

Because there is no takeout for the next 57 miles, and therefore little human use of the river, wildlife abounds. Bald and golden eagles are the top predators of the sky, making the multitude of honking geese and quacking ducks nervous with their overflights. Beaver and muskrat swim the waters, which are also home to sauger, walleye, sturgeon, channel cats, northern pike, shovelnose sturgeon, smallmouth bass and nickel-bright goldeye. A porcupine with a punk-rock hairdo and bright white pelicans rounded out the menagerie.

Whitetail and mule deer, their coats rough as winter hair is shed, peered out cautiously from the thickets of Russian olive trees that lined the bank. In places black Angus stood on steep slopes that appeared more favorable to mountain goats. In the loose clay at the bottom of sheer cliffs lining the river were trails made by deer that seemed able to defy gravity.

The fresh scents of sagebrush and rain-dampened undergrowth meshed with the pungent aroma of sticky river muck along the winding route. Mornings were marked by the variety of bird songs.

My wife and I launched a 16-foot canoe from the Highway 223 bridge late on a Friday afternoon after the 300-mile drive from Billings.

We made good time paddling, averaging about 4 mph thanks to high flows being released from Tiber Dam by the Bureau of Reclamation. The agency, in concert with Montana Fish, Wildlife & Parks, is mimicking spring runoff with heavy flows of 2,000 cubic feet per second in the spring. The flows are meant to encourage endangered pallid sturgeon to use the river for spawning habitat. The high water also helps cottonwood rejuvenation along the banks. Without the increase — it was flowing at about 1,200 cfs when we launched — the river would have been much lower, normally about 700 cfs.

Those flows are nothing compared to the highest rate ever recorded on the Marias River. In 1964 an earthen dam burst above Tiber Reservoir and sent a 20-foot-tall wall of water measuring 241,000 cfs downstream.

With the high flows and long hours of daylight, we easily traveled 13 miles on the first day.

It wasn’t until our second day that we bumped into fellow boaters. The crew of seven were now living across the state but had met while going to college in Bozeman. For the next three days we would leap-frog the group, exchanging knowledge, questions and jokes. By the end of the trip we were known as their “river buddies.”

Diamond in the rough

After spending just four days on the Marias River, it’s easy to see why Fugere said, “People in this area are pretty protective of that river.”

It’s a jewel of a waterway, partly because ideal conditions can be so short-lived. Our timing meant reasonably cool temperatures, only a few rain showers, few mosquitoes and great river flows. The ideal floating period is May through June before bugs, low water and heat make for a less desirable paddle.

“It’s hard to find hidden gems like this area,” said Fugere, who grew up in Billings and started guiding on the Missouri when she was 19. “It grows on me more and more.”

Although protective of the Marias River, she is also a business person who relies on tourism. The COVID-19 pandemic has dealt her a severe blow, so she’s philosophic about people visiting the region.

“Outfitters around the state are hurting,” Fugere said. “Now is the time for Montanans to get out there, because it’s all theirs.”