Boats cut through the water at the Snake River and Clearwater River confluence as people fish for salmon and steelhead Saturday. 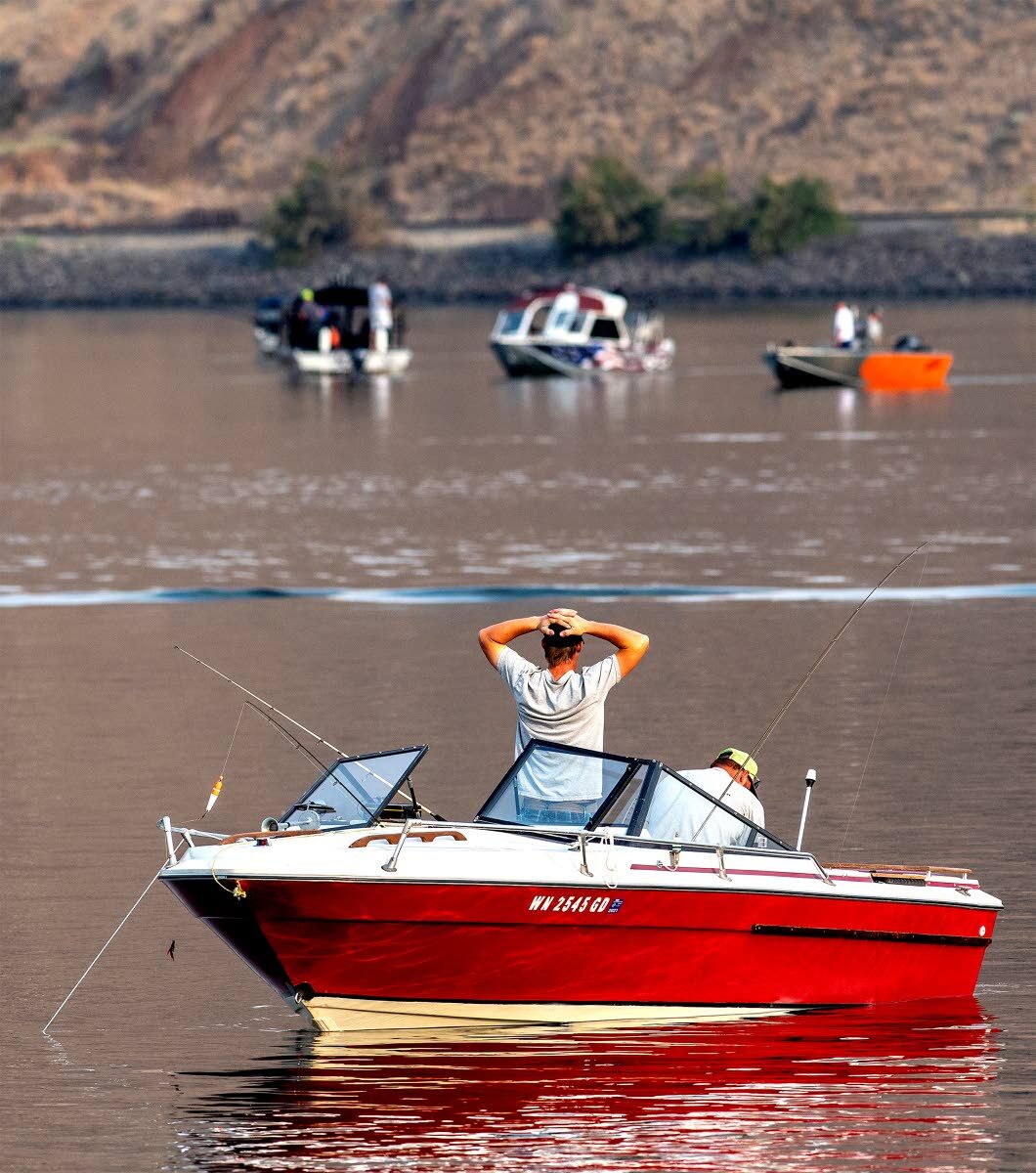 Anglers ply the confluence of the Snake and Clearwater rivers for fall chinook and steelhead. 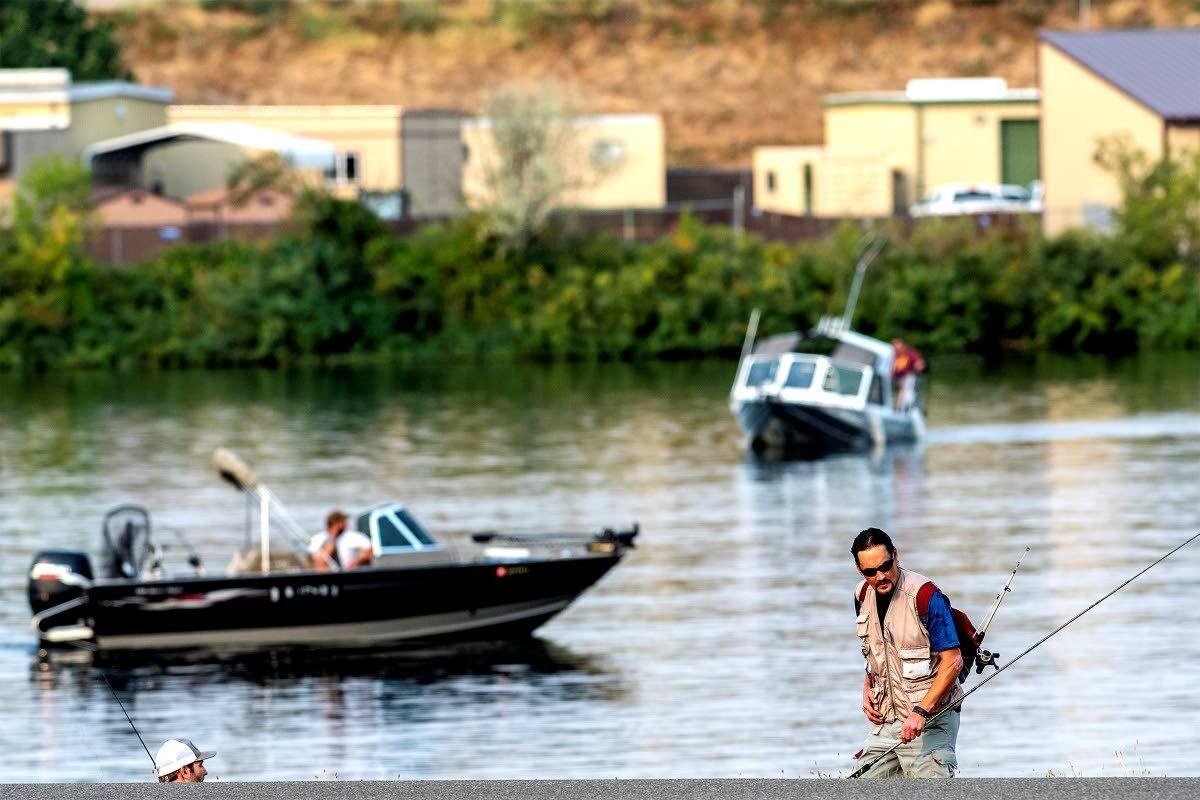 Anglers fish for steelhead and fall chinook in the confluence of the Snake and Clearwater Rivers Saturday. Steelhead returns, while still below average, are stonger than they have been in about three years.

Boats cut through the water at the Snake River and Clearwater River confluence as people fish for salmon and steelhead Saturday.

Anglers ply the confluence of the Snake and Clearwater rivers for fall chinook and steelhead.

Anglers fish for steelhead and fall chinook in the confluence of the Snake and Clearwater Rivers Saturday. Steelhead returns, while still below average, are stonger than they have been in about three years.

Steelhead numbers are up this year, but don’t call it a rebound. At least not yet.

Dam counts and passive integrated transponder, or PIT, tag analysis indicate fish returning to the Snake River this fall and next spring will post their best return in more than three years.

But some context is required. Steelhead returns have been abysmally poor the past three years. While the run is showing improvement in 2020, its projected performance still falls well below the 10-year average of about 173,000. More context: The 10-year average has been shrinking because of the recent poor return years replacing more robust years in the data set. Just four years ago it was 270,000.

“The last three years are the worst three years since we have seen since collecting PIT tag data,” said Joe DuPont, regional fisheries manager for the Idaho Department of Fish and Game at Lewiston.

Many steelhead are implanted with the tags that allow fisheries managers to track their progress during their juvenile and adult migrations. In the Fall, DuPont monitors adult PIT tag data as the fish pass Bonneville Dam. For the A-run, he concentrates on steelhead bound for the Sawtooth and Pahsimeroi hatcheries on the upper Salmon River and those bound for steelhead trap at Hells Canyon Dam on the Snake River.

He said about 13,000 A-run steelhead bound for the hatcheries have been detected passing Bonneville Dam.

“That is plenty to meet our broodstock needs,” he said. “That is why we went with a two-fish limit.”

Returns were so poor that bag limits on the Snake, Salmon and Little Salmon rivers were cut to just one hatchery steelhead in the falls of 2019 and 2018. The normal bag limit on those rivers is three per day.

The A-run, as measured at Bonneville Dam, is about 85 percent complete, based on historic run timing. DuPont said between 14,000 and 16,000 A-run steelhead could ultimately return to hatcheries in Idaho.

The A-run is generally dominated by steelhead that spend just one year in the ocean. This year’s dominance of two-ocean steelhead is unusual, but a boon to anglers and hatchery operators alike. The two-ocean fish are bigger, thus they put up more of a fight. The hens also carry many more eggs because of their size, meaning fewer are needed to meet spawning collection goals.

Predictions for the B-run that returns mostly to the Clearwater River and is made up of fish that usually spend two to three years in the ocean, is a little more tentative. That is because the run, as measured at Bonneville Dam, is just over 20 percent complete, based on historic run timing.

DuPont noted with 80 percent of the run still to come things could change, but “to date things are looking fairly promising. There is some indication the run may be a littler early or it could just be strong.”

He said as many as 20,000 to 30,000 hatchery B-run steelhead could eventually pass Bonneville Dam.

He said if the numbers hold, it’s likely steelhead fishing rules for the Clearwater won’t include size restrictions.

There also is some promising news for fall chinook and coho. DuPont said it appears the fall chinook run may exceed expectations “but we are not sure if the run is early or just above forecast. Even if they are early, it looks like the run is going to come in at forecast or better.”

The coho run looks as though it could exceed preseason expectations as well.

“We are fairly confident there is going to be enough to provide harvest opportunity,” he said. “We are just not sure how much at this point.”