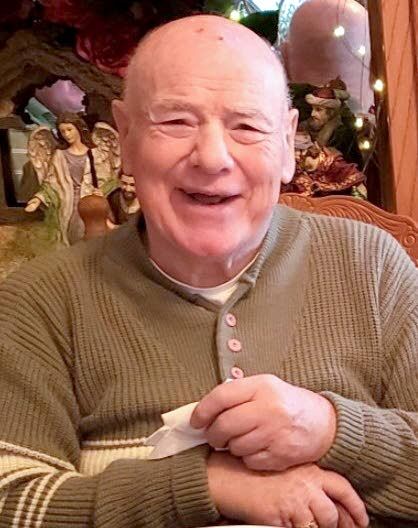 Ralph Donovan Shoop, 79, of Clarkston, suddenly went to meet his Lord and Savior while visiting with family Friday, Sept. 3, 2021.

Although happy and alert to the end, Ralph’s health had gradually deteriorated after suffering a stroke 10 years earlier.

Born Nov. 10, 1941, in Eureka, Mont., the fifth of eight children to Ralph B. and Gertrude (Truie) Shoop, he spent his childhood at Lake Roosevelt and then Kettle Falls. The family finally settled in Clarkston in 1950. Ralph attended school through the eighth grade, after which he gained employment with the Green Giant packing facility in nearby Dayton.

Joining the U.S. Army during the Vietnam War in 1960, he served at Ft. Ord, Calif., Ft. Knox, Ky., and Ft. Hood, Texas, as a M60 tank gunner. In 1962, he returned home to Clarkston but continued to serve as a reservist until receiving an honorable discharge in 1970.

Also in 1962, Ralph went to work for then Potlatch Forests Inc. (PFI) of Lewiston and worked as a planer operator until he eventually retired 34 years later in 1996.

Fully enjoying his early retirement, when Ralph couldn’t be found at the Wasem’s Cafe, he was either fishing, shopping local yard sales or bartering at a gun show. Over the years, he amassed a unique personal collection of trinkets including pocket knives, old coins, assorted jewelry, some china and old Bibles. Nothing valuable to others but each piece special to him.

God and family were important to Ralph. As his health allowed, he attended services at the Assembly of God and faithfully brought his parents so they could worship as well.

Among those waiting for him in glory are his parents, Ralph B. and Gertrude (Truie) Shoop; brothers Clarence Shoop and David Shoop; and sisters Eunice Rohlinger and Donna Young.

Ralph is survived by an older sister, Martha Love (David), of Mukilteo; younger brothers Marlowe Shoop (Donna), of Issaquah, and Timothy Shoop, of Modesto, Calif.; as well as numerous nieces and nephews whom he loved very much and prayed for often.

The family wishes to thank Ralph’s good friend and caregiver, Elizabeth Borders, for her extraordinary service. Merchant Funeral Home is in charge of arrangements and Ralph’s remains will be buried near his parents at Vineland Cemetery in Clarkston.