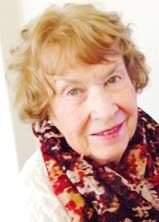 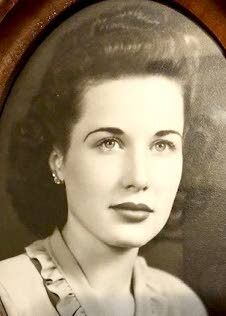 Patricia Ann Busch Rollman, 98, was born June 18, 1922, on a small farm outside of Colton. Delivered by her own father, Patty Ann was in every sense a child of the Palouse. The fourth of seven children born to Chris and Gertrude (Kramer) Busch, she was the second generation of German immigrants who were the original settlers of the Washington Territory.

She was baptized at St. Gall Catholic Church in Colton, where her grandparents were founding members. In 1930, the family moved to a larger farm in Genesee. Both in Colton and Genesee, Patty Ann attended small, one-room schools with her brothers, sisters and cousins. Throughout her childhood, she performed all the usual chores on the family farm, rode her pony named Teddy and had many adventures. She graduated from Genesee High School in 1940 and moved to Spokane to attend business school. After completion of her studies, Patty Ann began work at a local bank.

As the winds of war began to blow, Pat attended a USO dance at Fairchild AFB on Thanksgiving 1942 and met the love of her life, a newly minted Army Air Corps lieutenant, Robert Rollman. After a whirlwind romance typical of the times, they were soon married in Colorado Springs, Colo., on April 5, 1943. During the war years, Pat continued to work at the bank while her husband was deployed to England with the 8th Air Force. It was not until mid-1945 that they reunited and settled in Carlisle, Penn., while Bob attended law school. When he was recalled for active duty during the Korean War, Pat began a long career as a military spouse. Assignments led them to Florida, New York, Okinawa, northern Virginia, Hawaii and finally Texas. During this time, Pat raised four children, Bruce, Keith, Laurie and Lynn, and kept the family household running.

Bob retired in 1972 and, per a long-standing agreement, followed Pat back to Spokane, where they bought a house in Opportunity Valley. For the next 17 years, she and Bob enjoyed retirement. They liked to travel around the United States, entertain family and especially go boating on Lake Coeur d’Alene. In 1989, Bob passed and Pat began the next phase of her life.

She soon earned the nickname “the Flying Granny Nanny,” as she flew to Texas, Oregon and Hawaii on numerous occasions to attend the births of her grandchildren. Pat’s love of adventure and travel kept her busy going to places such as New York City, Germany, Italy, Greece and her favorite, Ireland. She REALLY liked going to Las Vegas to celebrate St. Patrick’s Day.

In 2006, Pat moved to Georgetown, Texas, to be closer to her children. She particularly liked being surrounded by her grandchildren and great-grandchildren. Her most cherished memories were of her youth, growing up with her brothers and sisters on the farm in Colton and Genesee. Pat’s cherished life came to an end Friday, Aug. 28, 2020, in Round Rock, Texas.

Throughout her long life, Pat could be characterized as beautiful, fun-loving, compassionate, generous and down-to-earth. She was the “cool” mom. Her household was always full of friends and family. She practiced the German tradition of hospitality. She was fond of an occasional Manhattan or glass of wine. She loved Willie Nelson, Frank Sinatra and Elvis. She hated prejudice, pretensions and any team playing the Washington Redskins. She was always “fine and dandy.” She was loyal, and her children could do no wrong.

Per her final wishes, Pat will be buried at St. Gall Cemetery in Colton, however, because of COVID-19 concerns, final arrangements will be made in the future.