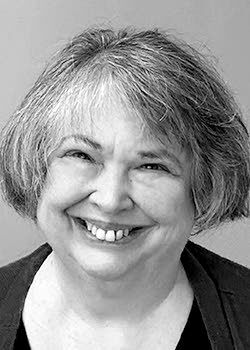 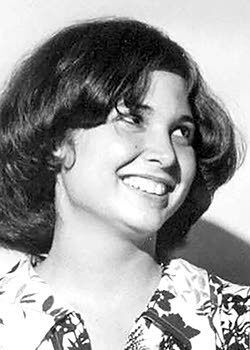 Kathryn A. Tacke, a uniquely gifted and generous woman, died suddenly of natural causes in the early morning hours of Friday, July 2, 2021, at her home in Lewiston.

As the first of three daughters of Major R. L. “Pat” Tacke and Rita Hoene, Kathryn was born Sept. 26, 1955, at the United States Airforce Hospital in Limestone, Maine. As a child of a military family, she lived in Maine, Maryland, Georgia, Texas, California, Arizona, Kansas, Arkansas, Illinois, California and Montana before moving to her parents’ hometown of Cottonwood in 1968. Traveling was part of her early life and family trips were central to her happiest childhood memories.

From her earliest memories to the last day of her life, Kathryn loved books. She was a voracious learner. She read history, philosophy, mythology, anthropology and more. She treasured any good, well written or produced story, fiction or nonfiction. Although Kathryn lived simply, her material indulgence was her collection of books, movies and music.

To her family and friends, Kathryn was known as Kay or KayT. She preferred KayT, combining her nickname and the first letter of her last name. From preschool through adolescence, KayT was the director of play. Although “playing” house was acceptable, Greek gods and goddesses and other characters from her books were of much more interest. Stages could be under the tree in the backyard, a makeshift room built with chairs and blankets, the top bunk of the bunkbed, a camp tent or sleeping bag, the large rocks in the river, or certain corners in a swimming pool. KayT occasionally and elaborately scripted plays and puppet shows for her two sisters, cousins and friends. Learning to swim at the age of three, she especially loved water play. In her later years, she instigated hours and hours of dancing in the family basement with cousins and friends with fire pokers as makeshift microphones.

In Cottonwood, Kathryn attended St. Gertrude’s Academy before the school consolidated with Prairie High School. Her most gratifying classes were upper division math. It was not unusual for her to occasionally play hooky and walk up the hill behind the Monastery of St. Gertrude and hang out. She loved the view and repeatedly shared that she often broke into song. “The hills are alive with the sound of music.”

In 1973, Kathryn graduated from Prairie High School. She was a National Merit Scholar. Kathryn graduated summa cum laude from the University of Idaho in 1977 with a Bachelor of Arts in history, economics and political science and a Master of Science in Economics in 1987. During this time period, she worked for Senator Frank Church in Washington, D.C., as a teaching and research assistant for the University of Idaho’s College of Business and Economics and as an economist in Boise for the Division of Financial Management, Executive Office of the Governor of Idaho. Kathryn briefly worked for an insurance company in Phoenix. One of the happiest periods of her life is the time she spent in Washington, D.C. Kathryn had friends to share experiences, museums to explore, places to see, theater and music to enjoy and history to absorb. She especially reveled in her work as a tour guide of the U.S. Capitol when Idaho residents came to visit.

From 1988 to her death, Kathryn worked as a Labor Market Analyst/Regional Labor Economist for the Idaho Department of Labor. Until 2009, she served the five most northern Idaho counties from the Coeur d’Alene office. She then transferred to the Lewiston office to serve the north-central Idaho counties of Latah, Lewis, Clearwater, Idaho and Nez Perce. Highly respected in her field, Kathryn provided honest and accurate economic data to industry, education, local and state government and nonprofit organizations. She knew how to relate and communicate complicated data information. She used her love of story to share information so that the reader could understand and use it. Many successful grants were dependent on information that Kathryn provided. She cherished her relationships with other Idaho economists and was often called on to teach methods and process.

All through her life, KayT was loved by her cousins, nieces, nephews, great-nieces and great-nephews. She frequently offered her time to care for them. When her youngest nephew was born, Kathryn was present for his birth. Books, movies, interesting toys, math, logic games, play acts and storytelling were more important than keeping the house picked up. The generational costume trunks were of special delight. As her nieces and nephews matured, her knowledge was shared through numerous and frequent thoughtful conversations and a slap down games of Trivial Pursuit. Her more recent teaching curriculum to smaller family members was math, through the use of money and dice played on the top of the seat of her walker. Kathryn wanted to make sure her family was not afraid of math.

In the last few months, she recorded a family history on cooking and the use of different spices. It included her favorite memories associated with food and a focus on what she learned from her mother. In the final weeks, Kathryn made notes for an elaborately scripted party to celebrate history and family.

She had a deep love of learning, freedom and compassion. She was proud of women’s rights and the women that struggled for it. In the last week of her life, she insisted that the family celebrate Juneteenth. For her, it was a special commemoration of freedom for everyone. It was also a hopeful sign that the U.S. Congress could work collectively to pass legislation.

Kathryn was generous. She was very sensitive to people’s needs. She frequently gave personal cards and gifts. Books were her “go-to” gift. During the Iraq War, she donated hours of time and much money to veteran families in Coeur d’Alene. She appreciated every way people served her, including her family, her bus driver, her taxi driver, her dentist, and more. Along with bright and gifted, she was most frequently described as kind.

After Kathryn died, her family found printed sheets of Latin conjugations that she had been studying under her bed, an open novel next to where she slept and a book on applied regression analysis on the table next to her chair. She was indeed a lifelong learner.

Kathryn was preceded in death by her father in 1969 and her mother in 1991. She leaves behind her family, Christine and Melvin Frei; Elizabeth and Gerard Mathes; Alexander Mathes; Stephenie, Kevin, Keegan and Padraig O’Callaghan; Kelsey, Zach, Declan and Roslynn Richter; Garrett, Ashley, Adilena, Gustin and Clement Frei; and Carson, Haili and Jace (Porter) Frei.

A private graveside service will be held at the Cottonwood Catholic Cemetery as she requested. If you would like to honor her, please give to St. Mary’s Children at sistermaryschildren.org. This foundation was set up to continue the work of Kathryn’s beloved aunt, Sister Mary Paule Tacke.