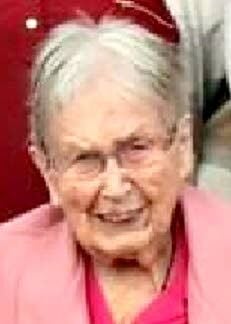 She was born Jan. 12, 1921, at Bovill to Ben and Cecile (Canfield) Stewart. She attended her schooling at Bovill and later attended a nursing school at Fort Lewis, Wash. She joined the United States Army on Feb. 2, 1942, and she was later discharged and retired as a second lieutenant April 30, 1945.

She married Carl Mantz on Jan. 19, 1948, at Everett, Wash., and the couple made their home at Harvard, Idaho, where they farmed and raised cattle. The couple later moved to Potlatch in 1999. Mr. Mantz died in 2004.

She was a member of the Grace Community Church, the Harvard Ladies Aid and Gritman Medical Center Auxiliary. She enjoyed riding horses, bowling, camping and playing cards.

Funeral services will be held at 11 a.m. Wednesday at the Grace Community Church, with Rev. Larry Veith officiating. Burial will follow at the Mendenhall Cemetery, Onaway. Military honors will take place with Potlatch Post No. 10300 Veterans of Foreign Wars and the United States Army Honor Guard participating.

Kramer Funeral Home of Palouse is caring for the family. You are invited to leave online condolences and order flowers for the family at kramercares.com.