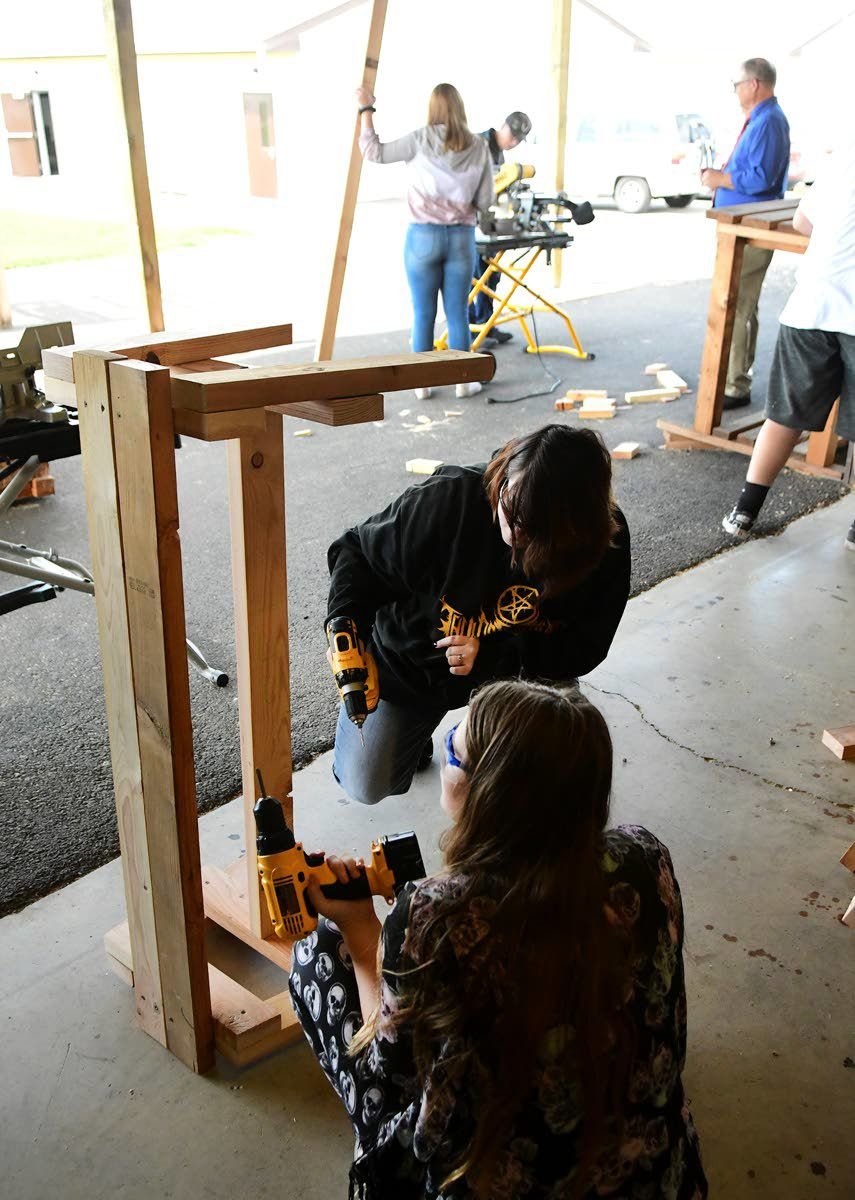 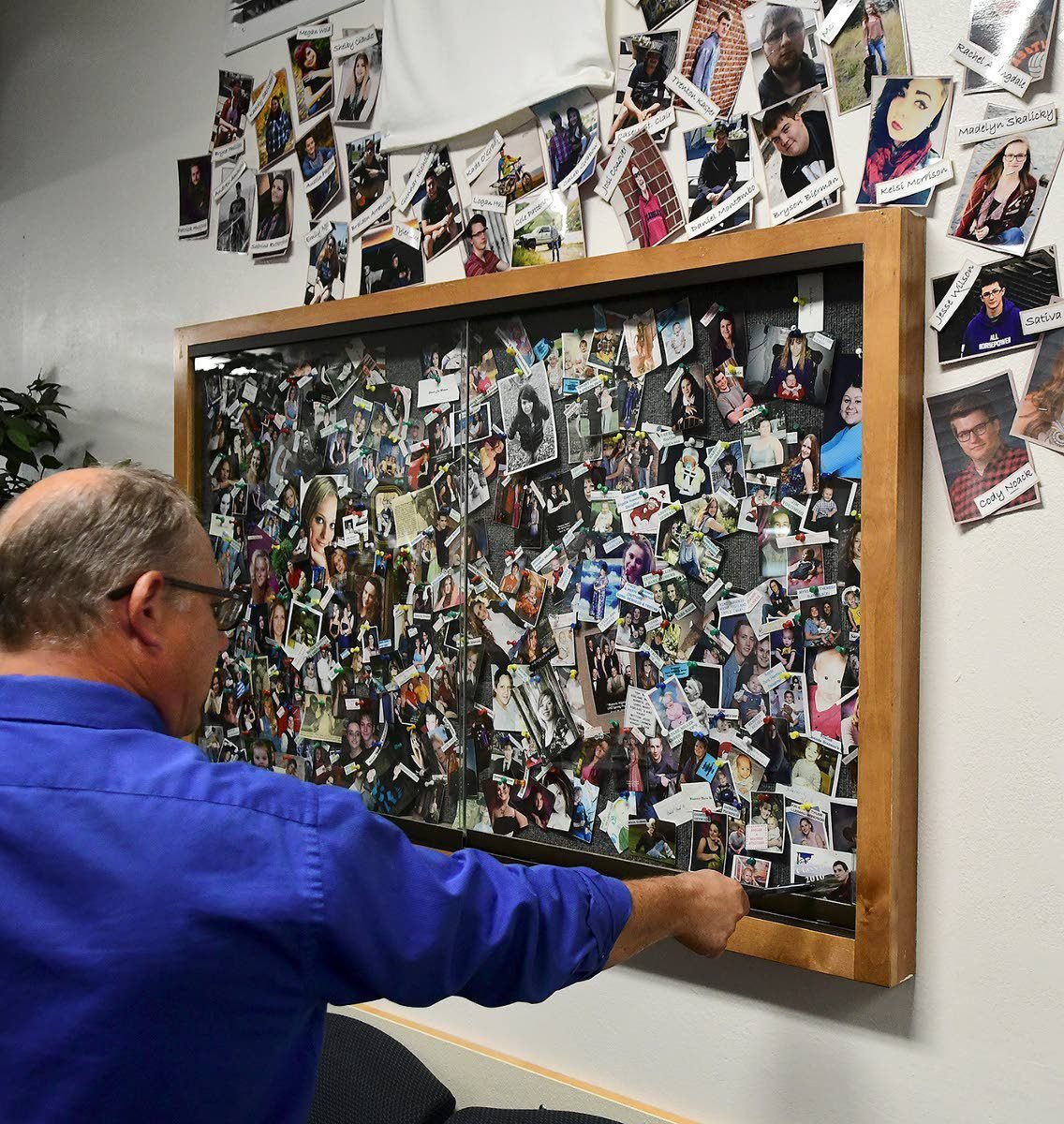 Tammany High School Principal Greg Kramasz surveys a photo display of some the approximatey 1,000 graduates of the school.

The school, recently renamed Tammany High School, serves as a credit recovery model for Lewiston’s at-risk students, who, because of life circumstances are not on track to graduate. 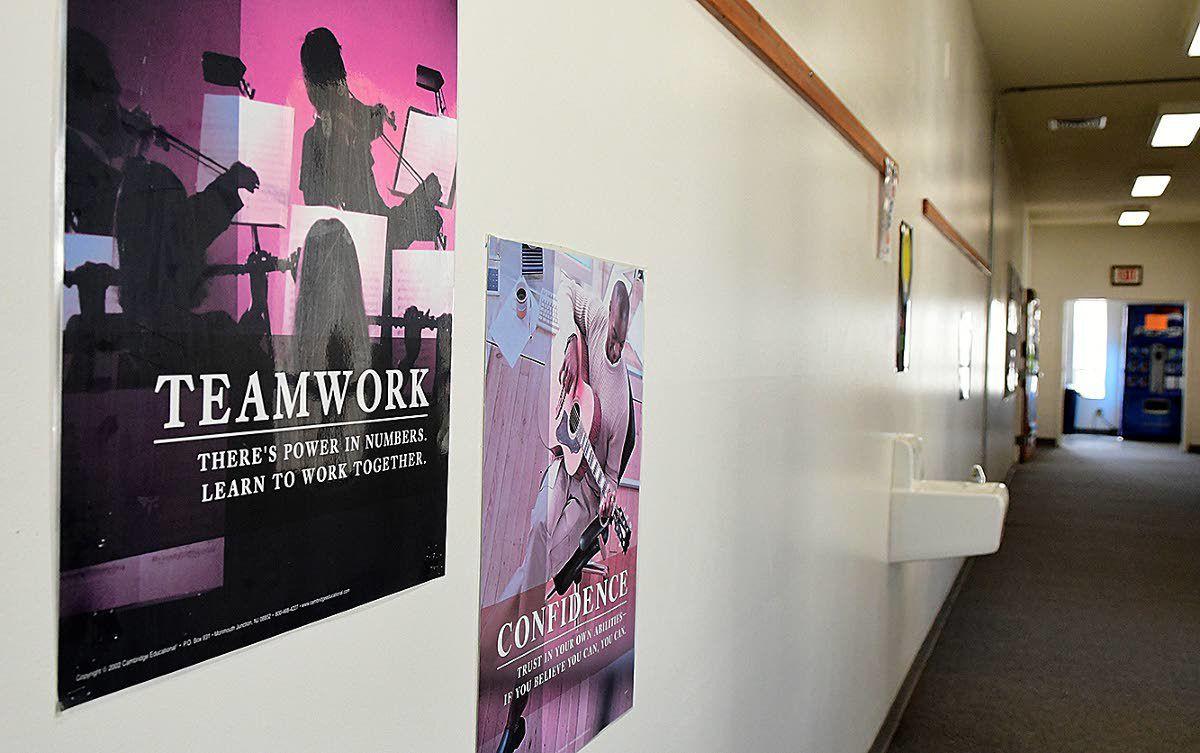 Posters with words of encouragement adorn the walls at Tammany High School.

Tammany High School Principal Greg Kramasz surveys a photo display of some the approximatey 1,000 graduates of the school.

The school, recently renamed Tammany High School, serves as a credit recovery model for Lewiston’s at-risk students, who, because of life circumstances are not on track to graduate.

Posters with words of encouragement adorn the walls at Tammany High School.

When Tammany Alternative Center was flagged as one of 38 schools in the state to have a graduation rate below 67 percent, administrators saw it as an opportunity to rebrand and change the way the school operates.

The school, recently renamed Tammany High School, serves as a credit recovery model for Lewiston’s at-risk students who, because of life circumstances, are not on track to graduate.

It was identified as a “Comprehensive Support and Improvement School” by the Idaho State Department of Education. Administrators were then tasked with nearly doubling Tammany’s graduation rate of 33.7 percent by the year 2022.

“The state really said, ‘It’s up to you on how you want to create your plan to get you to a 67 percent graduation rate over three years,’ ” Tammany Principal Greg Kramasz said.

With the school improvement plan came several changes this year, including a different name, the introduction of mastery-based education and new graduation requirements.

Tammany has always been “married to” Lewiston High School in a way, according to Kramasz. Students needed to obtain 54 credits in order to graduate with a diploma from LHS. But the alternative school required its students to obtain eight additional credits above the state minimum to graduate — a model many other alternative schools across the state did not follow. This year, students will be able to get a diploma from Tammany High School at the lower threshold of 46 credits.

If a Tammany student wants to earn a diploma from Lewiston High School, that option still remains as long as they complete the eight additional credits required.

“A diploma, as long as it meets 46 or above (credits), is a verified, viable diploma that carries all the weight of any school in the state of Idaho,” Kramasz said.

Tammany has also started to switch over to a mastery-based model, which will reduce the number of times students have to retake courses they have failed, so they can fulfill other requirements for graduation. A student won’t need to acquire 60 hours of seat time to earn a credit. Instead, they’ll need to demonstrate they have mastered the content.

“We see a lot of kids that go through the majority of a class and still do not pass the class, but that doesn’t mean they didn’t have mastery of the standards leading up to that,” said Lewiston School District Student Services Director Kimberly Eimers.

Idaho Superintendent of Public Instruction Sherri Ybarra has pushed for the shift to mastery-based education. Ybarra’s 2021 budget request seeks $500,000 to continue the expansion of the education model in Idaho, which would boost funding to $1.9 million, if approved by the Legislature.

Students will likely be tested through EdReady, an SAT college preparation program, to see if they have grasped the standards and are proficient in them.

The changes come with a lot of excitement and hope, Kramasz said. Students at Tammany will now have their own graduation ceremony and will also have the option to take classes at the district’s A. Neil DeAtley Technical Education Center once it opens next year in the Lewiston Orchards.

“It’s a big revolution year for the whole district, and we are excited to be a part of that,” Kramasz said. “... A lot of kids who come here have lost their traction toward graduation, and our job is to help them get a new set of tires and find that traction again.”

Next year, the Lewiston School District will have 11 redefined schools. The new Lewiston High School will open, the junior highs will shift to middle schools and, in turn, the elementary schools will serve kindergarten through fifth-graders.

Kramasz said the school, which currently serves about 80 kids, serves an important mission to those who have fallen behind.

“We believe in second chances here,” he said.

Do you support the decision by Hardware Brewing Co. in Kendrick to defy Gov. Brad Little's stay-at-home order by opening its indoor service to the public?