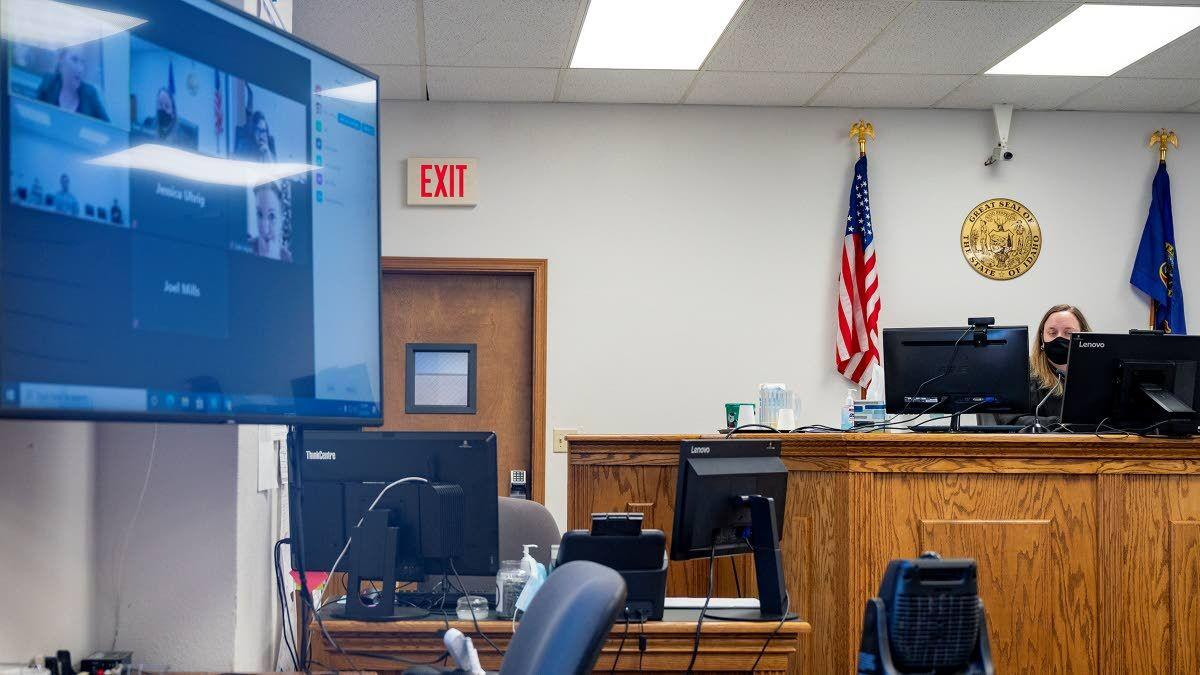 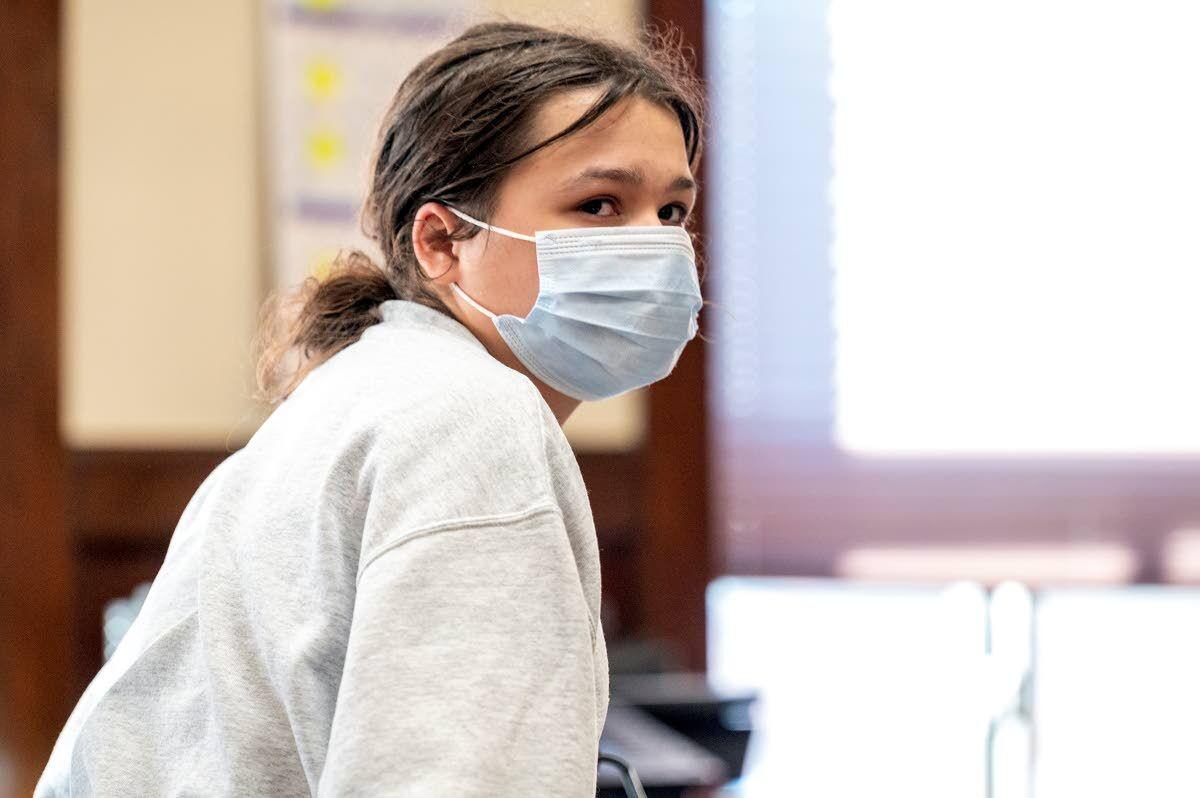 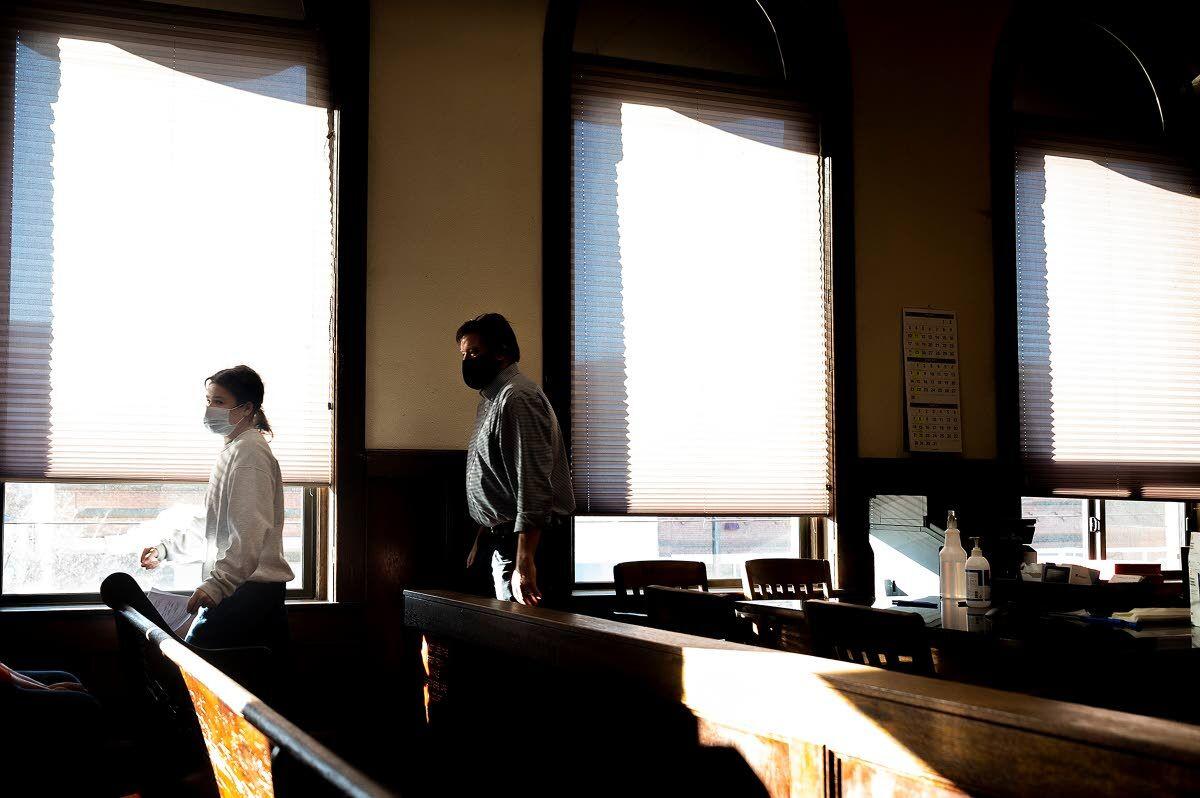 Demetri Ewing, 16, is escorted out of Asotin County District Court after a preliminary hearing Wednesday morning in Asotin. 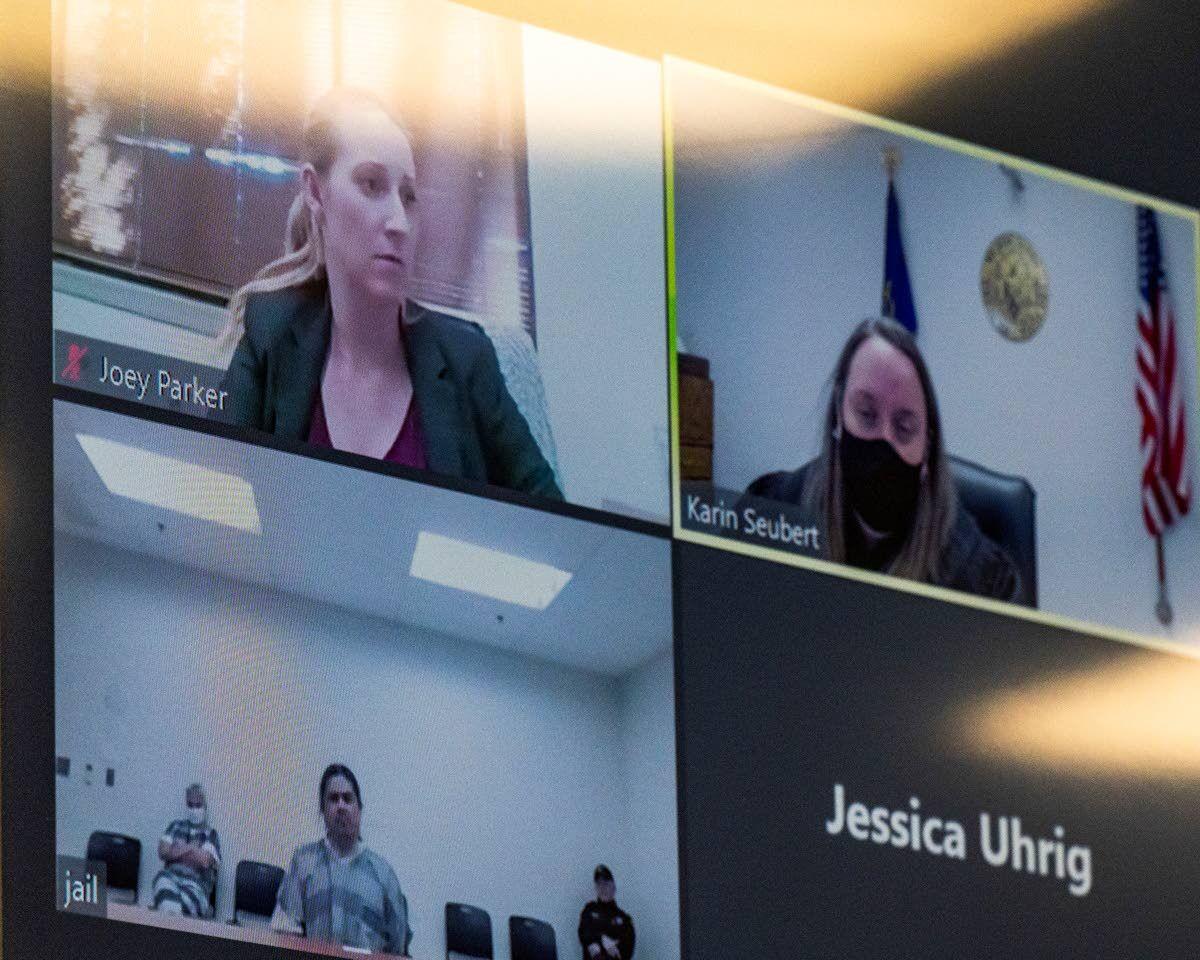 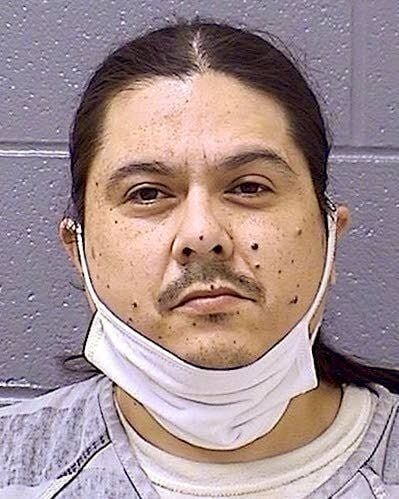 Demetri Ewing, 16, is escorted out of Asotin County District Court after a preliminary hearing Wednesday morning in Asotin.

A dispute over a stolen backpack and handgun may have led to the shooting in Lewiston early Friday that left a 31-year-old man dead, according to court documents.

Clyde Ewing’s son, Demetri X. Ewing, also is being charged with first-degree murder in the case. Nez Perce County Prosecutor Justin Coleman said Demetri Ewing will be tried as an adult. He could make his first court appearance as early as today. The maxium penalites for first-degree murder in Idaho are death or life in prison.

New details about the homicide emerged Wednesday through a probable cause affidavit written by Lewiston Police Department Detective Brian Erickson. According to Erickson, police responded around 1:40 a.m. Friday to a report of a shooting in a home at 1706 Seventh Ave. When they arrived, they found Johns on the living room floor with an unknown number of gunshot wounds to his neck and head.

Medics from the Lewiston Fire Department determined that Johns, 31, died at the scene. A woman at the home told police that two subjects broke in through the back door in the kitchen and ordered her to the ground. One of the subjects used plastic zip ties to bind her wrists while pointing a black handgun at her back, Erickson wrote.

When the subjects went into the living room, the woman was able to get free and barricade herself in a bathroom before hearing two or three gunshots. She told police the subjects then fled through the back door. She rendered aid to Johns and called 911. Several other people were in the home at the time of the shooting and heard the shots, but none saw it directly.

Johns’ family members told police they believed the two subjects who shot him to be Clyde Ewing and Demetri Ewing, and that it was over a stolen pistol and backpack.

Detectives found two spent aluminum 9mm shell casings at the scene, one bullet on the living room floor, another embedded in the living room wall, and the zip ties used to bind the woman in the kitchen. Outside they found shoe prints, bicycle tire prints and more zip ties that had been fashioned into restraints with black tape.

Over the next several days, detectives pieced together information that revealed an apparent family dispute over the gun and backpack, which reportedly contained items that belonged to Clyde Ewing’s late father. Clyde Ewing’s brother, Christopher K. Higheagle, reported the theft from his North Lewiston trailer of a 9mm handgun to Lewiston police on Jan. 3.

“Christopher said nobody had access to the residence that would want to take the pistol and the only person he had issues with was his brother,” Erickson wrote.

Through subsequent interviews, detectives learned the Ewings were upset over a missing backpack or bag that belonged to them that had been left at the home where Johns was killed, and that they had vandalized the building with spray paint. Johns’ sister told police that he caught them on the property three or four weeks ago and chased them off by throwing a frying pan at them.

Clyde Ewing’s sister, Virginia R. Higheagle, told police that she believed the Ewings killed Johns, and that Clyde Ewing had been “causing problems for her and other family members for the past several months. Virginia said Clyde became very upset with the subjects that lived at 1706 Seventh Avenue because he believed they stole their later (sic) father’s army bag or backpack,” Erickson wrote.

Police collected video surveillance footage from several residents of the neighborhood that showed two darkly clothed subjects on bikes — one with a backpack — headed toward the Seventh Avenue home shortly before the shooting and away from it shortly after the shooting. They also collected footage from the video security system at the Hacienda Lodge motel in Clarkston, where the Ewings had been staying. The footage showed two subjects leaving their room and riding bicycles east toward Lewiston at 12:36 a.m. Friday and returning from the same direction at 2:14 a.m.

The bikes in the videos are similar to ones found during a subsequent search of the motel room, according to the affidavit.

“Both subjects on the bicycles are wearing dark clothing and hoodies, and one subject has a backpack on,” Erickson wrote of the motel footage.

In addition, detectives found a black backpack in the room that contained several items, including throwing knives, that were consistent with the items reported stolen by Christopher Higheagle. They also found several black zip ties, electrical tape and duct tape consistent with similar items recovered in and around the Seventh Avenue home. Finally, they located one spent aluminum 9mm shell casing in the bottom of the backpack that was consistent with the ones found at the murder scene, but did not find a handgun.

Clarkston police and members of the Quad Cities Drug Task Force arrested the Ewings on Tuesday night at the intersection of Eighth and Fair streets in Clarkston on charges of first-degree murder. They took Clyde Ewing to the Asotin County Jail, and he waived extradition back to Idaho on Wednesday morning.

Demetri Ewing was transported to the Juvenile Detention Center in Lewiston.

Coleman said Johns did live at the residence where he died, but an investigation into the full motive is ongoing.

“The Lewiston Police Department has done an amazing job of determining these suspects’ identities and apprehending them,” Coleman said in a statement to the Lewiston Tribune. “They are continuing to work hard to put the whole case together. I would also like to thank the law enforcement agencies across the river for their assistance.”