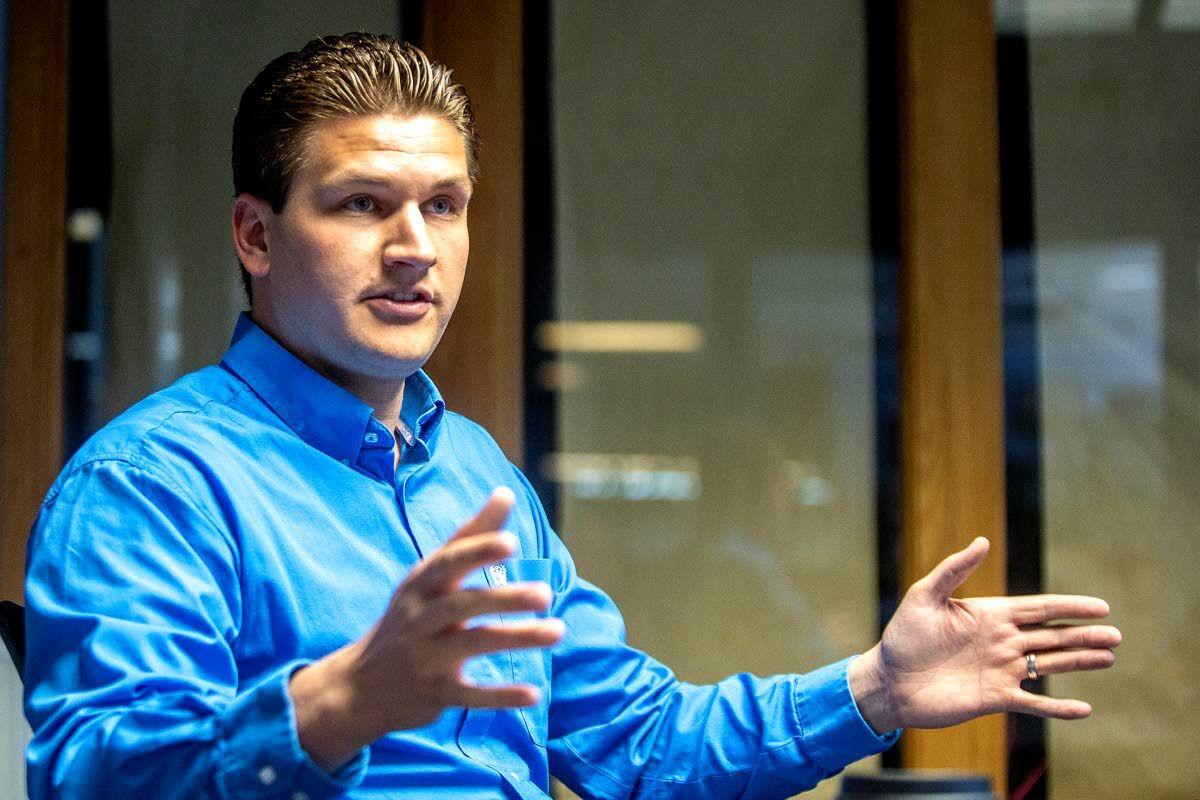 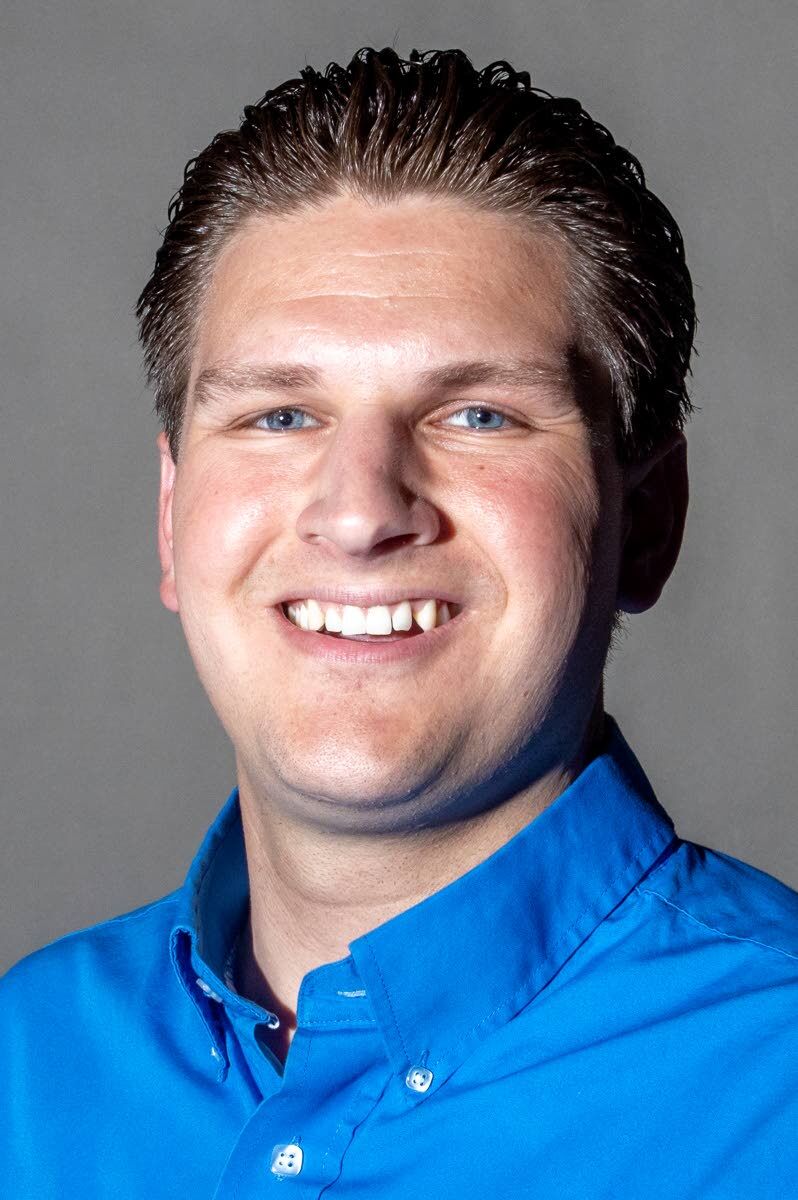 Like his political idol Donald Trump, Ed Humphreys holds a special place in his heart for America’s oilfields.

Growing up in Colorado under “meager circumstances,” Humphreys said, the opportunity to work as a roughneck in Western oilfields taught him the value of hard labor. It also gave him the financial resources to improve his standard of living, get a college education and pursue the American Dream.

Now, he’s hoping that journey will lead to the governor’s office.

Humphreys, who turns 31 this week, recently announced that he’s running for governor next year. He was campaigning in northern Idaho this week and stopped by the Lewiston Tribune on Wednesday.

Although he’s never run for public office before, Humphreys sees his outsider status as an asset.

“We need to ask what we want from state government,” he said. “I’d like to see disruption to the status quo. And when you want disruption, you need to bring in people whose perspective hasn’t been shaped by the status quo. You need people who ask new questions.”

Humphreys only got involved in politics a few years ago. He currently serves as Region IV chairman for the Idaho Republican Party and was an Idaho delegate for President Trump during the 2020 Republican National Convention.

On his campaign website, edforidaho.com, he describes himself as a “constitutional conservative.” Others might see him as another far right Republican, but whatever the description, his views about government were shaped in part by the family stories he heard as a child.

Humphreys said his mother, brother and aunt lived in the

former Yugoslavia, under a communist regime. His grandmother on his father’s side fled from the National Socialists in Nazi Germany.

“I grew up hearing horrible stories about communism and socialism,” he said. “It’s something that has deeply affected my family.”

Centralized planning is one of the core themes of both political philosophies, he said. He defined that as “the idea that subject matter experts are more qualified to make decisions than the rest of us are, so we empower them to make decisions for us all.”

“I’m not questioning the experience or knowledge of experts,” Humphreys said. “But at the end of the day, this nation was founded on the principle of personal empowerment.”

Those views are consistent with his work as a financial adviser, the career he chose after earning a degree in business management.

As a financial adviser, Humphreys provided clients with advice, but they set the priorities and made the final decisions. He said he managed a client investment portfolio worth nearly $40 million before quitting the job to run for governor.

“Our family is putting everything on the line right now, because we wholeheartedly believe it’s now or never to make a serious course correction,” he said on his website. “If patriots can’t protect and promote the American Dream in Idaho, then it won’t happen anywhere.”

“To me, the American Dream is the idea that you can reach for your greatest personal potential,” Humphreys said Wednesday. “People want to come to Idaho because we’re an example of that.”

Even in Idaho, though, he sees personal freedom and responsibility being slowly eroded by socialist concepts.

Like other Idahoans, Humphreys was disturbed by the state’s response to the coronavirus pandemic. In particular, he opposed the governor’s decision to ban in-person church services and other “super-spreader” events, while liquor stores were allowed to remain open.

However, his concerns about the direction Idaho is taking go well beyond the pandemic. He also cited the high income and sales tax rates, as well as the overall size of state government.

“I don’t feel that’s appropriate,” Humphreys said. “It’s like the tip of the iceberg. We talk about the ‘necessary and reasonable’ activities of government, but when you analyze it, there’s this massive unseen body. It’s a system designed to support itself.”

One of his solutions — what his website refers to as “the Plan” — is to eliminate the state income tax. The tax currently accounts for about 50 percent of state general fund revenues, but he suggests it can be phased out “while ensuring there’s no disruption to services.”

Humphreys also wants to create a temporary agency to investigate and prosecute government corruption, adopt term limits for governor and “cut the pork out of our budget by using line item vetoes.”

“I’m not so arrogant as to think I’m the most qualified person in Idaho to run (state government),” he said. “But let’s be honest — politics has never been about who’s the most qualified. The governor doesn’t manage 25,000 state employees and make sure agencies are doing their job. The governor determines direction. That’s what voters are choosing: They’re voting for someone who’s vision and beliefs match up with their own.”

To remain a bastion for freedom and the American Dream, Humphreys said, Idaho needs a leader who offers a vision to unite the state, that people can coalesce behind.

Will his vision fill the bill?

“I’ve put everything on the line to answer that question,” Humphreys said.