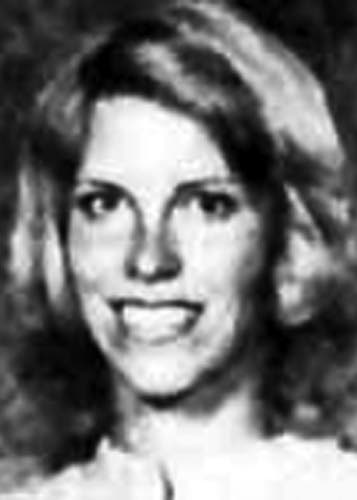 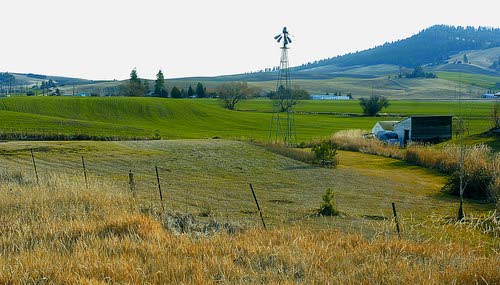 Tribune/Steve HanksThe last known location of Gayla Schaper was near this pasture along State Highway 8 and Lenville Road near Moscow. 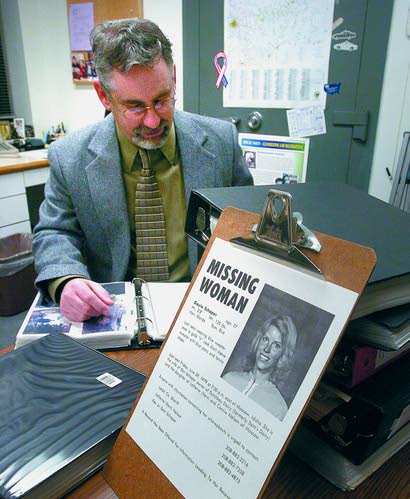 Tribune/Steve HanksThe last known location of Gayla Schaper was near this pasture along State Highway 8 and Lenville Road near Moscow.

MOSCOW - There's no crime scene. No real suspect. Little, if any, direct evidence of foul play. For that matter, there's no Gayla Schaper.

"She's still considered a missing person, officially," said Detective Earl Aston of the Latah County Sheriff's Office, but it's presumed she was murdered.

"A horrible crime anyway you put it," Latah County Sheriff's Sgt. Brannon Jordan said in 2008. Jordan, operations supervisor for the sheriff's office, last worked the case more than a decade ago.

When it comes to cold cases within the Lewiston Tribune's circulation area, the June 29, 1979, disappearance of 27-year-old Gayla Schaper may be the most puzzling.

"When I came home, she wasn't there," Ken Schaper, Gayla's husband at the time, said in a 2008 interview with the Tribune.

When asked to resurrect the old memories a few years ago, Ken Schaper hesitated and said, "It's just been torture on me, as far as that goes."

After all, Schaper was a suspect at the time of his wife's disappearance.

"Every spouse is generally, statistically, a person of interest after an incident like this," Jordan explained.

"A long time," Ken Schaper said of enduring the suspicions. "Until they had that lie detector test."

Jordan and Aston confirmed that Ken Schaper has been cleared. "He took a polygraph when we reopened the case in 1993," Jordan said. "And he passed."

"They said the town owes me a holiday," said Ken Schaper, recalling how authorities apologized to him. "I said, 'I just want this to be left alone and go on with my life.' "

And that's what he did. Schaper, now about 70 years old, still resides in Moscow, has remarried and is the father to a grown son.

Years after Gayla Schaper was last seen, he was quoted as saying, "I just feel strongly somebody abducted her ... and drove off."

"We believe," Jordan said, "the motive was sexual."

Gayla Schaper was last seen, according to investigation reports, when Ken Schaper dropped her off at a pasture near the family's Dutch Boy Dairy farm to feed horses.

The site, just east of Moscow on Lenville Road near the intersection of State Highway 8, is still farmed. Schaper Road is also nearby. As is the former residence of the late Larry Hagedorn.

But Hagedorn, who died in 2005, also passed polygraph tests. "He surfaced as a person of interest when his son, Bill, killed JoAnn Romero," Jordan said.

Aston confirmed the persons of interest in the case are still the same today, but said they're not closing their eyes to other possibilities, either.

The younger Hagedorn was convicted of murder and continues to serve a life sentence for the Oct. 27, 1993, shooting death of his live-in girlfriend, Romero. While investigating the Romero murder, authorities interviewed and tape-recorded an unnamed person, according to records, who said Romero was most likely silenced because of what she knew about Gayla Schaper's disappearance.

"I talked to a family member of JoAnn Romero's and she told me that Larry had done it," Jordan confirmed. "We had reason to believe at the time that Larry was our person of interest. He lived right across the street from where she disappeared. He owned an excavation business. He owned a backhoe and he was doing a lot of excavating on the property, burying trash. At one time, he buried a car."

Armed with a search warrant, Jordan and lead investigator Robert J. (Bud) Piel oversaw days of law enforcement excavation around the Hagedorn property, looking for evidence and possibly even Schaper's body. But the probe failed to turn up any evidence worthy of filing charges.

"We did unearth some clothing that was wrapped in a curtain, and some tennis shoes, a blouse and things like that," Jordan said. "We actually sent that to a crime lab and FBI in Quantico, Va. But nothing ever came back that was substantial evidence."

As for William Hagedorn, Jordan said he was questioned while in jail awaiting trial for the Romero murder.

"He was interviewed and he basically, when asked about Gayla Schaper's disappearance, I think his words were, 'I don't want to get my dad in trouble,' " Jordan said. "And then that was it. He teared up and clammed up. And now, of course, he's in prison."

So it's been more than a decade since anyone locally has pored over the armload of ringed folders and files that speak to the mystery of Schaper's disappearance.

"We sent the case (in 2001) to some cold-case detectives in California," Jordan said, "to an agency down there that has a cold-case bureau. And they reviewed the case and had it for several weeks. And then they forwarded the case back with a synopsis that was basically pretty much what we thought."

Might Schaper have disappeared on her own to assume a new identity elsewhere?

"I think that is extremely unlikely," Aston said, although it's not something they can rule impossible since she technically remains a missing person.

"I don't believe it at all," Jordan said. "She was involved with her church. She had a stable home life. There's nothing in her personality to indicate she was unstable or anything like that. When people disappear like that, there's usually something traumatic going on in their life and their friends know about it."

Occasionally, Aston said he will get a notice from the national missing persons database when "Jane Doe" remains have been found. He follows up on each notice to see if it's her.

"It's been a while since we've gotten any tips," Aston said.

And nothing has ever been linked to Gayla Schaper.

"I know that we had, at that time, some high-profile serial killers that rolled through the area," Jordan said. "Like the Green River killer. We called and checked on a few other killers who'd been arrested and were now in prison. We'd ask those detectives, 'Where was your guy at about this time?' "

But nothing has matched up.

"There certainly was a lot of interest in it," Jordan said as he leafed through pages of newspaper clippings from the time of the disappearance, and again when the excavation of the Hagedorn property was being conducted.

" 'Missing person may still be alive.' That was in August of '79," he said, reading from one of the earliest stories.

"Investigators: Puzzle's coming together," reads another headline from January 1995. "Sheriff's department may be close to finding Gayla Schaper's remains and concluding the probe."

Jordan recalled the optimism of the time, and admitted to the disappointment that lingers.

Aston said like with other unsolved cases, there is a desire to find out what happened to bring some kind of closure to Schaper's disappearance.

Anyone with information about the 35-year-old disappearance of Gayla Schaper is asked to call the Latah County Sheriff's Office at (208) 882-2216.