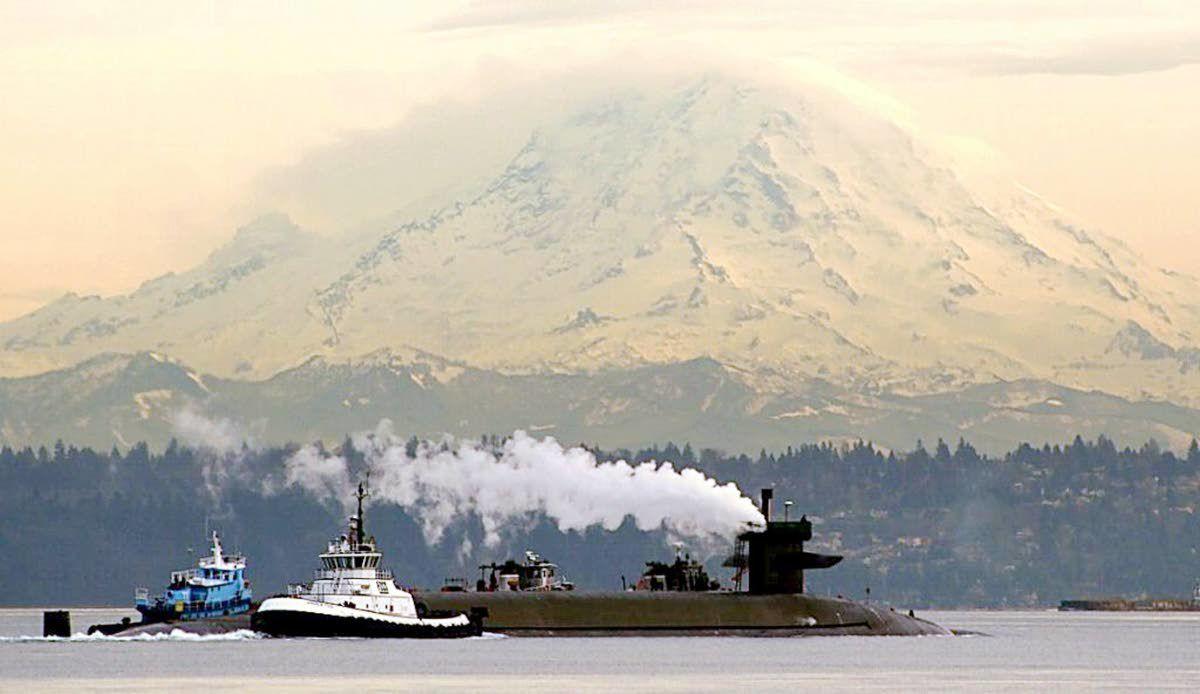 In this Jan. 4, 2006, photograph, the USS Alabama nuclear-powered submarine is being moved "dead-stick" in the Puget Sound by a flotilla of tug boats, with Mount Rainer in background. Idaho Sen. Jim Woodward, of Sagle, served on the nuclear submarine USS Alabama when he was in the U.S. Navy. 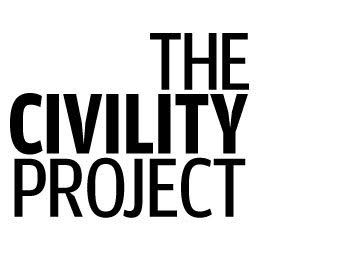 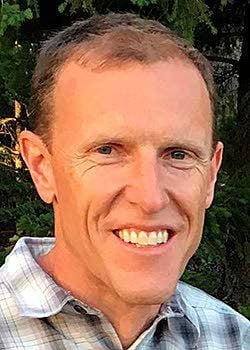 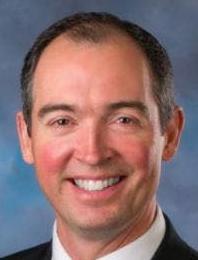 BOISE — The boat was pretty much deserted when Jim Woodward first stepped aboard.

It was 1995. He’d arrived in Pearl Harbor for his first posting on a U.S. Navy nuclear submarine.

The sub, the USS Alabama, is 560 feet long — as long as the Seattle Space Needle is high. Much of that space was empty, though. There was a new movie that had come to town.

“I got there late, the day the movie made it to theaters,” Woodward said. “The whole crew went.”

The name of the movie? “Crimson Tide.” It was about a mutiny aboard the USS Alabama.

Gene Hackman played the commanding officer in the film. One of his quirks was his attachment to a poofy little lap dog. The mutiny was a fiction, and that dog was, too.

“There are no dogs aboard nuclear submarines,” Woodward said with a laugh.

Now a first-term state senator from the Idaho panhandle town of Sagle, Woodward served seven years in the U.S. Navy, followed by another 14 years in the reserves. He earned a mechanical engineering degree from the University of Idaho, and was then recruited by the Navy’s nuclear power training program.

It was during that training period when he learned a lesson that could offer some comfort today.

“It provided me with a belief in the ability of the institution to persevere,” Woodward said.

In the military, people rotate assignments every two or three years, he said. Yet the institutional knowledge carries on, through standard operating procedures, operating manuals and well-defined programs.

As a lawmaker, Woodward said, that perspective “allows me to operate with a little more freedom.”

“If you think of the Legislature as an institution, the individual members will come and go,” Woodward said. “But this branch of government continues to operate — hopefully for the good of the whole. It doesn’t require self-preservation; whether I’m here or not, the right answer should still come out in the end. The institution doesn’t depend on any one person.”

Sage Dixon doesn’t think his mother performed psychological experiments on him, but he’s not entirely sure.

His mom is a child behavior specialist. When he was a boy, voicing his opinions as boys often do, she’d always challenge him, pushing him to justify his views.

“She’d always ask, ‘Are you sure? What about this? Have you considered that?’ ” Dixon said. “It caused me to be really certain of what I’m saying, and taught me to gather as much information as possible.”

Dixon doesn’t debate a lot of bills on the House floor, but when he does, he’s very deliberate. He tries to address the meat of the issue, eschewing emotional appeals.

He’s also one of the more gracious committee chairmen, treating people with a degree of respect that is sometimes lacking in other chambers.

“I try to understand that I don’t know everything,” Dixon said.

And if he falls short of that goal, his mother is happy to help him along.

“She always questioned me when I said something,” Dixon said. “She still does. She does it to my children, too. I never took it as some grand exercise in learning, but maybe it was. If you aren’t certain of the truth, you could end up following anything.”

The third legislator from the 1st District, Rep. Heather Scott, of Blanchard, declined to participate in this series.

Editor’s note: This is the latest in a series of stories this Idaho legislative session talking with elected officials about the formative experiences in their lives. The stories are based on the work of the National Institute of Civil Discourse, which maintains that it’s harder to demonize people when you know something about their journey in life.