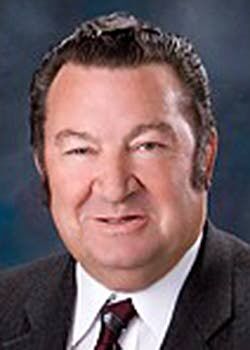 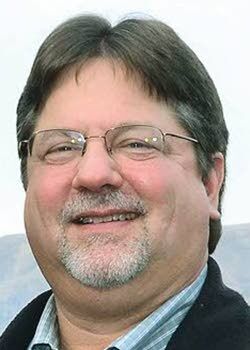 During an Idaho Water Users Zoom presentation Thursday, Port of Lewiston manager David Doeringsfeld and Jim Yost, one of Idaho’s representatives to the Northwest Power and Conservation Council, both sought to undercut the need for breaching.

If Simpson’s bold idea is to gain traction, it will require some portion of dam supporters to reach the same conclusion he has — that Idaho’s anadromous fish will not survive without a free-flowing lower Snake River. But Yost and Doeringsfeld both spent a portion of their allotted speaking time attempting to poke holes in that conclusion.

Yost opened his remarks by taking a shot at those who want to save the fish.

“This region spends millions to prevent the accidental killing of salmon so that certain folks can intentionally kill them,” he said. “Most of the folks that we hear from who want to save the salmon — what they really want to do is kill them. Some even want the orcas to kill salmon.”

He pointed out that breaching the Snake River dams would not help struggling runs on the upper Columbia River. While he mentioned that some mid-Columbia River tributaries like the John Day River that is upstream of just three dams instead of eight have much better salmon survival, he dismissed it as meaningless.

“I can come up with a dozen or half a dozen rivers that don’t have any dams and they have low (smolt-to-adult return rates) and they are not doing well and their abundance is down and the biology is all over the map on this thing.”

Doeringsfeld said Simpson’s proposal appeared to be more about ending lawsuits than saving fish and also questioned the efficacy of breaching the lower Snake River dams.

“I believe the concept is mistaken in assuming four dams out of 250 in the Pacific Northwest will bring back abundant salmon and steelhead runs.”

On Sunday, Simpson unveiled his concept, which calls for breaching the four lower Snake River dams and compensating affected industries and communities through a wide range of investments, including $16 billion in replacement power and electrical transmission system upgrades, $1.3 billion to help farmers shift from barge to rail transportation and hundreds of millions to help ports and grain storage cooperatives.

Simpson, a Republican representing Idaho’s 2nd Congressional District, said the dams provide tremendous benefits but he also believes if they are not breached, Idaho’s salmon and steelhead will go extinct. He is pitching his concept as an opportunity for the Pacific Northwest to save the fish and make investments that will avoid the kind of economic distress that could come later if his plan is ignored and more draconian fishing saving measures are implemented.

“I am aware that saying yes is much harder. It’s a leap of faith,” he said in a news release. “But it would be a tragedy if future generations looked back and wished that the current Northwest leaders and stakeholders would have at least taken the time to explore this opportunity.”

Doeringsfeld said he suspects the $33 billion that Simpson would spend to replace the benefits of the dams would not be enough and said it would add carbon by increasing truck and rail traffic. He said he doesn’t think a specialized facility to load grain rail cars would work at his and many other ports.

“There is just not enough room,” he said. “You would find this to be the case at most if not all river-based grain terminals. They are in valleys alongside rivers. It just isn’t practical.”

He said upgrading rail lines and grain loading facilities could take 20 years to construct, but Simpson is calling for Lower Granite Dam to be breached as soon as 2030.

Yost fretted about the loss of hydropower flexibility that would come with breaching.

“When they talk about energy from the lower Snake River dams, it’s probably only a fraction of the benefits we receive, because most of the benefits of Snake River hydropower is in capacity and in having reserves or in balancing the system,” he said. “They do that so well. That is primarily what they are used for.”

Justin Hayes of the Idaho Conservation League called Simpson’s concept comprehensive and lauded its breadth as he asked the water users to earnestly consider it.

“We are really talking about spreading the economic benefits of this sort of large infrastructure package, stimulus package to all of the people of the Northwest,” he said.

Simpson’s proposal video can be viewed at bit.ly/2LpmOuK.