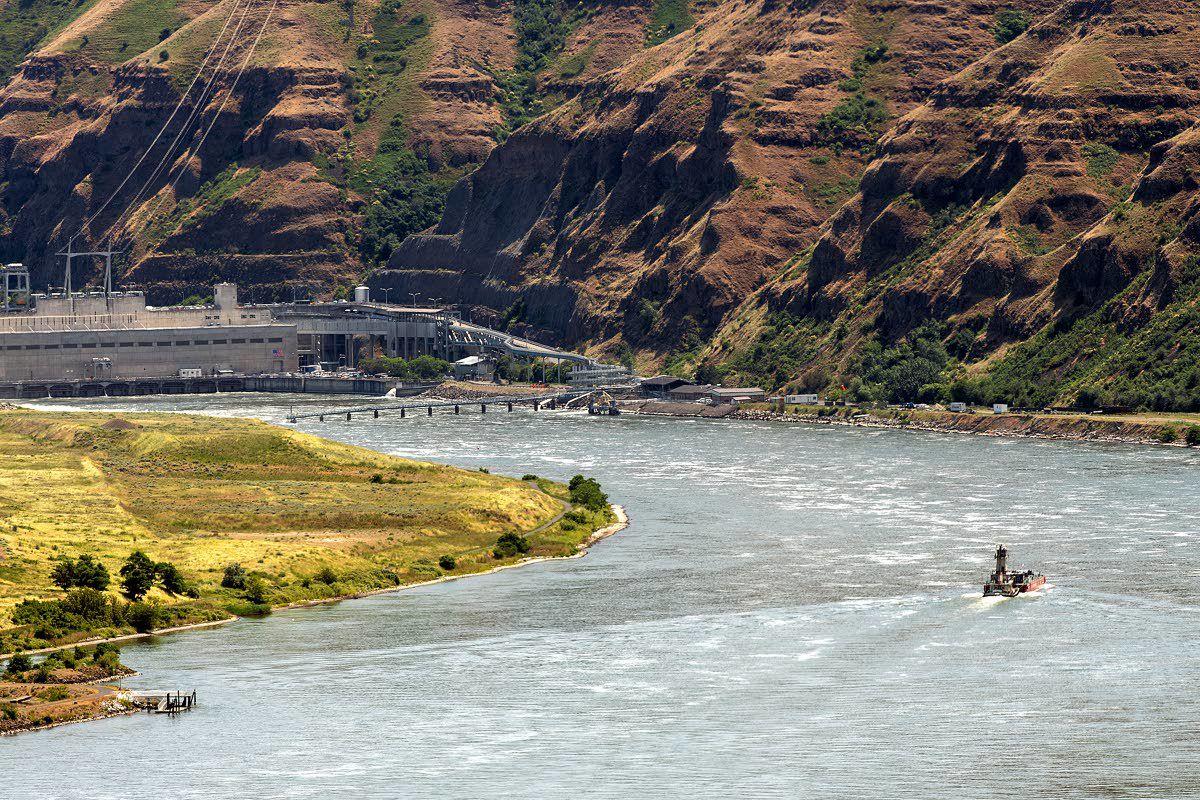 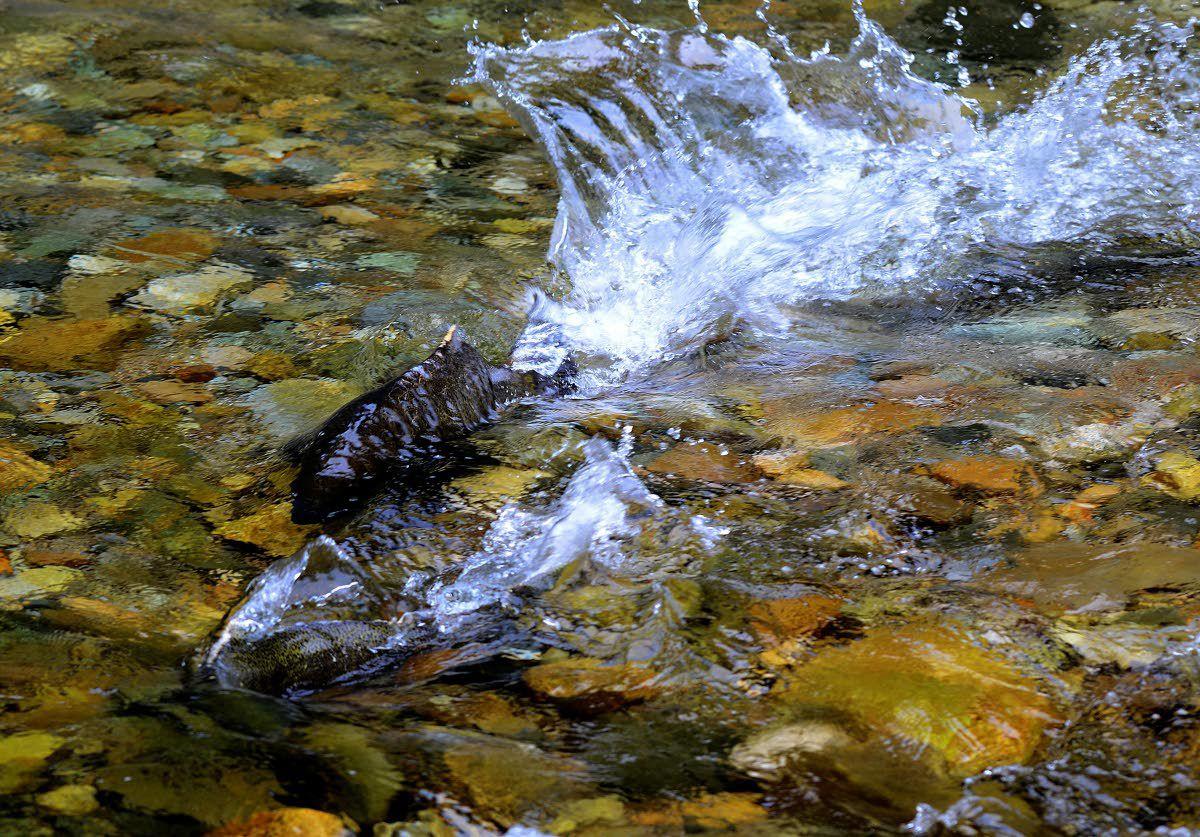 Rome wasn’t built in a day, and Idaho’s effort to craft new salmon recovery policies won’t reach fruition in just one meeting — or even several.

That’s the message Scott Pugrud, director of the Idaho Office of Species Conservation and one of the leaders of Gov. Brad Little’s Salmon Working Group, is telling those impatient for action in the face of what has been the third poor year in a row for anadromous fish that return to the Snake River Basin.

The group, which includes a diverse membership, including salmon advocates, anglers and tribal interests along with representatives of agriculture, ports, river transportation interests and utilities, will visit north central Idaho this week.

According to its agenda, the group will go on a serious of field trips in the Clearwater region Thursday and hold a meeting at the Idaho Department of Fish and Game office from 8 a.m. to 4:30 p.m. Friday in Lewiston. It will be the third meeting of the nascent group.

“The governor asked us to form consensus and collaborative recommendations for him to consider on salmon,” Pugrud said. “It’s really early stages for this group.”

He believes the meetings to be held around the state are likely to continue for 18 months to two years before those policy recommendations are solidified.

“We can’t cover salmon, or the limiting factors of salmon, in two meetings or four or five meetings. We need more time to flush out a bunch of policy positions for the governor to consider,” Pugrud said.

Nearly all of the wild runs of salmon and steelhead in the Snake River Basin are protected under the Endangered Species Act. Returns of both wild and hatchery salmon and steelhead have been flagging in recent years. This year’s spring chinook return didn’t meet expectations, and the steelhead run is shaping up to be among the poorest in the last 25 years.

The federal government has been trying for decades to craft a Snake River salmon recovery plan that lives up to the standards of the Endangered Species Act. Federal judges have struck down several of its plans, known as biological opinions, including the latest one in 2016. Officials from the Army Corps of Engineers, Bonneville Power Administration and the U.S. Bureau of Reclamation are in the midst of producing yet another, as well as an environmental impact statement. They are due to be delivered in about a year.

Policies being pushed by various members of Little’s Salmon Working Group range from dam breaching to continued emphasis on habitat protection, hatchery and harvest reform and further alterations to hydropower operations. Little threw cold water on breaching as a solution during the first meeting, saying he didn’t want the group to get bogged down on the breaching question.

“I remain unconvinced at this time that breaching the dams will recover salmon in Idaho,” Little said. “In order to keep this diverse group of stakeholders (together), we will put polarizing issues aside and focus on pragmatic, achievable solutions.”

Many have been critical of the comment that Little later walked back. For example, Kevin Lewis, conservation director of Idaho Rivers United at Boise, who is not a member of the group, said it is not a good way to start collaborative talks.

“When you set sideboards on a process like this, I don’t think it’s beneficial for anyone,” Lewis said. “Idaho has an opportunity to look at possible solutions across the board. Why would you squander that opportunity?”

Breaching the dams promises to help the fish by reducing mortality they experience during and after their migrations to and from the Pacific Ocean. But removing the dams would end the barge transportation of agricultural crops like wheat and reduce the region’s capacity to produce hydropower.

Group member Justin Hayes, executive director of the Idaho Conservation League, said he is optimistic that everything remains on the table. He said he wants to hear from all sides, including those who want to keep the dams, and he believes they want to hear from people like him who think they need to be breached.

“We are beginning a collaborative process, and I think people are still trying to feel out the boundaries of that process. I am hopeful we will keep it very broad and look at all the issues,” he said. “The waterway is very important to farmers, and we need to understand that, just like I want the farming community or the utility industry community to understand fish.”

Port of Lewiston Manager David Doeringsfeld, a member of the group, said he hopes to impress upon other group members the importance of river transportation. He, too, thinks the group can produce good work given time.

“I’m looking forward to getting to know everybody better,” Doeringsfeld said. “I’m very optimistic the group is going to work well together and hopefully find some common interest and opportunities to improve our salmon and steelhead runs.”

The group will tour the Port of Lewiston, the Nez Perce Tribal Hatchery, Dworshak National Fish Hatchery and Dworshak Dam on Thursday. On Friday, they will hear a series of presentations including from Nez Perce Tribal fisheries scientists and managers on the tribe’s fisheries program as well as new spill regimes implemented at lower Snake River dams this year. Group members will also hear a presentation on dam operations from a Bonneville Power Administration official and engage in general discussions about salmon and steelhead.

A public comment period will be held from 2:30-3 p.m. Speakers will be limited to three minutes. Some observes said the time for public comments is far too short.

“With Lewiston and the Clearwater Basin sort of ground zero of what is happening to our salmon and steelhead runs, I wish they were allowing more opportunity for local anglers and people who care about the resource to speak,” said Sam Mace of the Save Our Wild Salmon Coalition at Spokane.

Mace is not a member of the group.

Pugrud said people can submit written comments throughout the process but the jam-packed agenda didn’t allow for more time to hear from the public at Friday’s meeting.

The agenda for the group’s visit to Lewiston as well as more information about its work is available at https://species.idaho.gov/governors-salmon-workgroup/.

And the meets go on

The annual gathering of salmon advocates who support breaching the four lower Snake River dams as the best way to recover the fish will once again meet in Lewiston this week.

The gathering has changed its name from the Free the Snake Flotilla to the Nimiipuu River Rendezvous. The gathering at Hells Gate State Park near Lewiston will begin Friday afternoon and conclude Sunday morning.

Organizer Elliot Moffett of Nimiipuu Protecting the Environment said this year’s event will include a group paddling trip on the Snake River but will be more focused on educating participants on salmon recovery and dam breaching issues.

“We believe breaching is the answer,” Moffett said. “We understand all of these issues are interrelated. Economics and energy all come into play — that is part of our education.”

More information is available at https://www.nimiipuuriverrendezvous.org/.