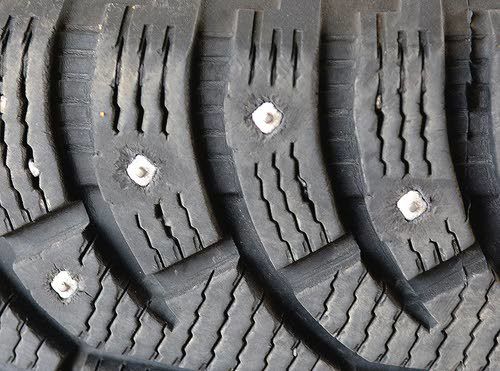 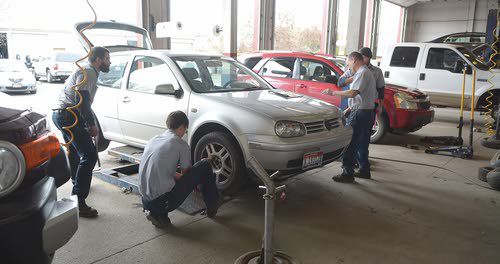 Perfection Tire employees are busy this time of year removing studded tires for customers. Studded tires are allowed in Washington until April 15 this year and until the end of April in Idaho.

Perfection Tire employees are busy this time of year removing studded tires for customers. Studded tires are allowed in Washington until April 15 this year and until the end of April in Idaho.

There may be a $136 fine in the future for studded snow tire users in Idaho who want to risk a quick trip across the Washington border after the approaching deadline to remove them.

A Lewiston Tribune reader from Troy recently called the newsroom to find out if he would be given any grace by law enforcement if he makes a shopping trip to Costco in Clarkston after the deadline.

"When you're in Washington, the Washington traffic laws apply to everybody," Hastings said.

But even though the chief can't officially say it's OK to break the law, traffic cops can use their discretion about whether to issue a citation.

"If I was working on April 1 and somebody had studded snow tires on, I would probably do some education, depending on different factors," he said. "But that's always a good place to start when it's close to that cut-off date."

The Washington State Department of Transporation extended the season by two weeks Friday, allowing studded snow tires until April 15 because of the potential for late-season snow.

The department would eventually like to see studs phased out to improve safety and pavement life, or see the industry at least move toward lighter, less-aggressive studs, transportation department spokeswoman Barbara LaBoe said.

Studded tires wear ruts into roadways at a much faster rate than regular tires, shortening the life of asphalt and other paving surfaces. Ruts can lead to hazards like hydroplaning, excessive road spray and problems with vehicles that have autonomous driving functions, according to the department.

Even though some motorists might be tempted to gamble on getting off with a warning, the only sure way to steer clear of a ticket is to avoid Washington or just go ahead and get a vehicle's tires changed. And like every traffic law that hinges on a specific date - like expired license plates - the chance of avoiding a ticket will decline as time wears on, Hastings said.

"If a person is a day or two over, officers are more likely to do some education than the guy that's two or three months over."

What's Up With That