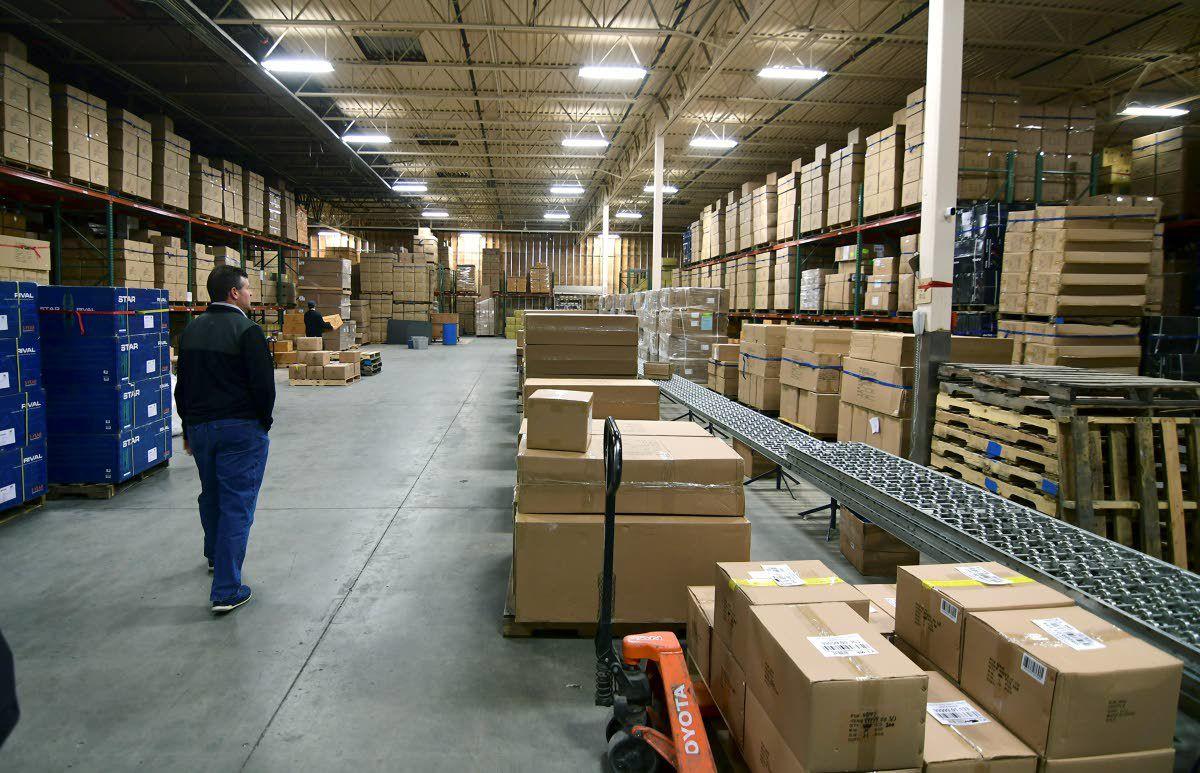 Northwest River Supplies Chief Financial Officer Tony Mangini walks through the company’s Moscow warehouse that is being expanded to have 150,000 square feet. The upgrade will give the business room for future growth.

A man walks through the Northwest River Supplies warehouse in Moscow. The building is being expanded so that the business can house all of its Moscow operations at a single location. 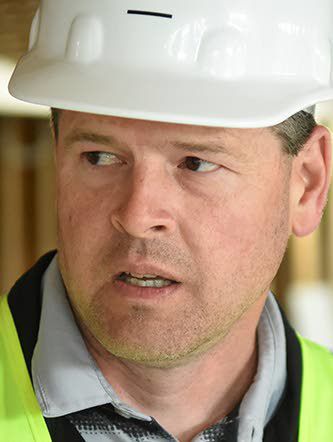 Northwest River Supplies Chief Financial Officer Tony Mangini walks through the company’s Moscow warehouse that is being expanded to have 150,000 square feet. The upgrade will give the business room for future growth.

A man walks through the Northwest River Supplies warehouse in Moscow. The building is being expanded so that the business can house all of its Moscow operations at a single location.

MOSCOW — It didn’t take sophisticated math for the executives at Northwest River Supplies to realize it was time for their company to expand.

All they had to do was count the 16 temporary metal storage containers sitting in the parking lot of their warehouse along the Troy Road/State Highway 8 in the former Moscow Tidyman’s building.

The solution Mangini’s team identified was a 100,000-square-foot addition to the business’s 43,000-square-foot warehouse. The addition is under construction and anticipated to be ready as early as the end of the year.

The $13.5 million of work is moving forward with a tax break from Latah County that exempts 75 percent of the increase in the site’s value from property taxes for five years, ending in 2023.

The project will give NRS more space as demand grows for the inflatable watercraft it markets and distributes along with gear such as life jackets and waterproof clothing. It also will allow NRS to consolidate its locations in Moscow under a single roof and turn its headquarters into more of a destination.

Right now, the company’s 110 Moscow employees are spread among five locations: a retail shop and headquarters along U.S. Highway 95 just south of Moscow, the warehouse that is being expanded, a small manufacturing site for boat frames, a re-purposed house for the information technology department and a bay for photo shoots.

“It’s all within a mile or two, but it’s inefficient,” Mangini said.

Plus the physical separation can make employees not feel like they’re a part of the team and stymie interaction between departments.

“A lot of great ideas come from collaboration,” he said.

Increasing the size of the business’s brick-and-mortar footprint has other advantages.

There have been times when representatives of large accounts (NRS sells to REI and L.L. Bean) have wanted to visit the Moscow headquarters. But the aesthetics of its present buildings don’t necessarily align with the reputation NRS has established for selling durable, fairly priced, reliable, attractive goods.

A primary draw at the store is a discount room.

“What we have right now is very simple,” Mangini said. “It’s worked for a long period of time.”

The front of the new section of the warehouse will be a larger showroom, where the focus will be on introducing innovations in NRS gear. Client meetings will be held in a second-level conference room with a tongue-and-groove wood ceiling overlooking the showroom.

“(Customers) are going to be pleasantly surprised,” he said.

The facility is being designed to accommodate NRS’ ever-changing customer base that fueled the need for more space.

NRS added stand-up paddleboards to its lineup when the vessels became popular. Those sales may be leveling off a little, but NRS is finding new markets for its products.

It’s developed boats and clothing that help keep first responders warm and dry when they are doing swift-water rescues.

A key to entering that market has been an approach that served NRS well with its traditional base of whitewater rafters — identifying unfilled needs and meeting them with products designed after carefully listening to users.

That philosophy plays itself out in a number of ways and has been part of what has kept NRS ahead of its competition since it was established in 1972, said Bill Parks, NRS’ founder.

NRS employees, for example, might hear a zipper isn’t sturdy enough. The company will replace the zipper and make sure it meets customers’ expectations, with function, not price being the primary driver of the choice, he said.

Similarly, NRS employees understand how important their gear and equipment is to people’s outings. If a customer returns from a rafting trip with sores because his life jacket didn’t fit, he will go less often.

“We want them when they get to work Monday to be planning their next trip,” Mangini said.

The new headquarters is an extension of that type of thinking. The hope is that it will function with the ease of use NRS cultivates in its products, creating a place that customers want to visit and where employees enjoy coming to work every day.

“We have ambitious plans,” he said. “... This building is kind of symbolic of that.”