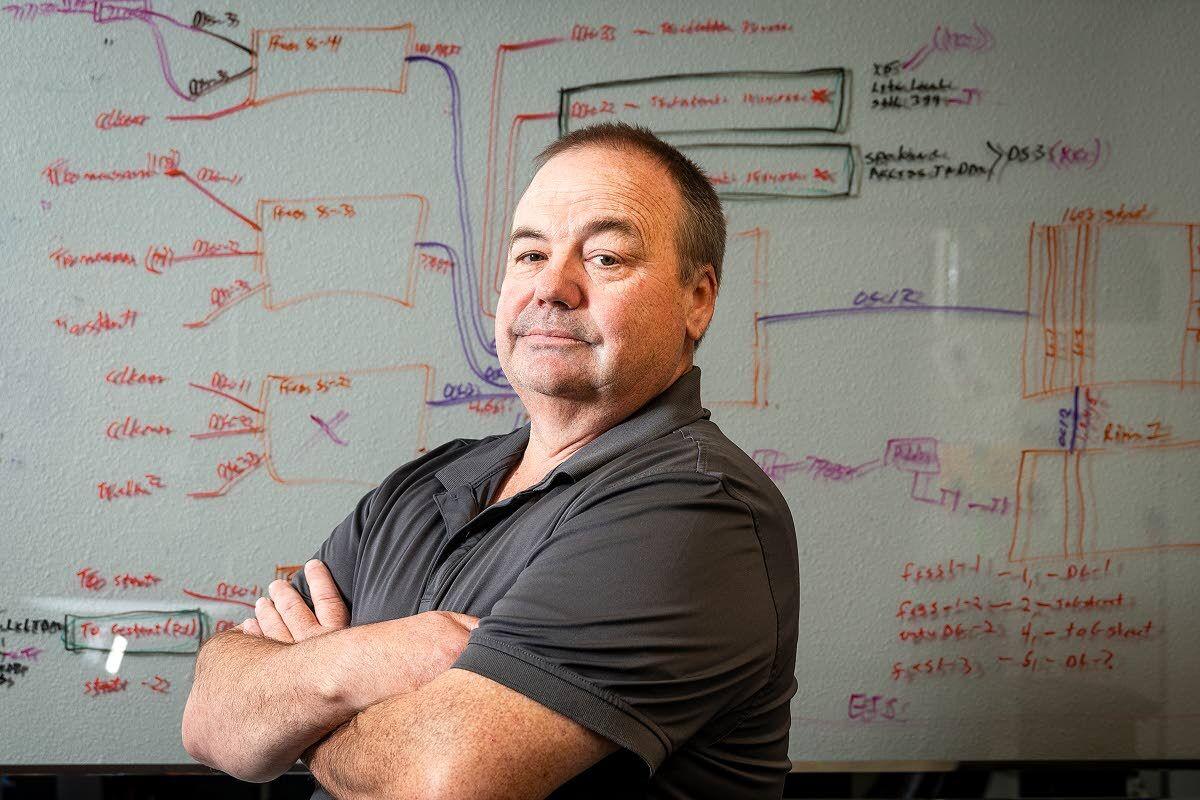 Richard Jackson, vice president of network operations at Inland Cellular, stands in front of a white board in his office in Lewiston. 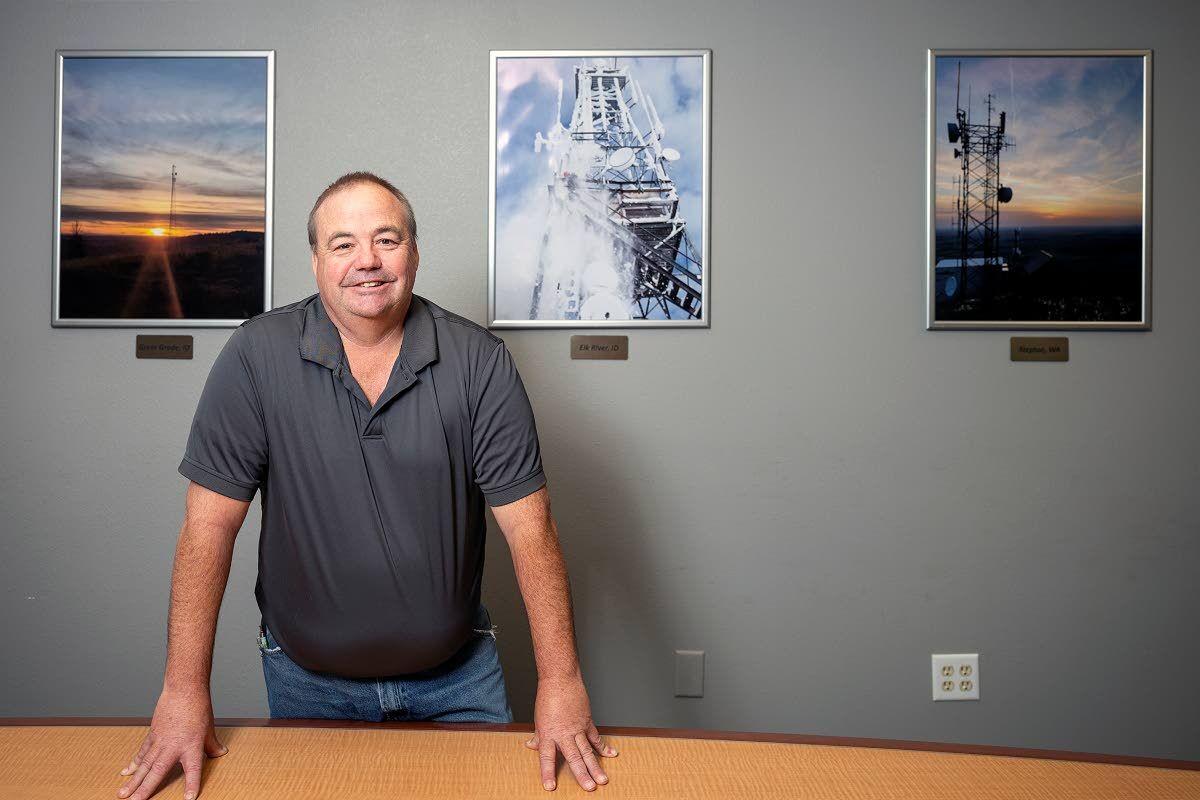 Pictures of various cell towers around the area flank Inland Cellular Vice President of Network Operations Richard Jackson on the wall of the conference room at the company’s Lewiston location. 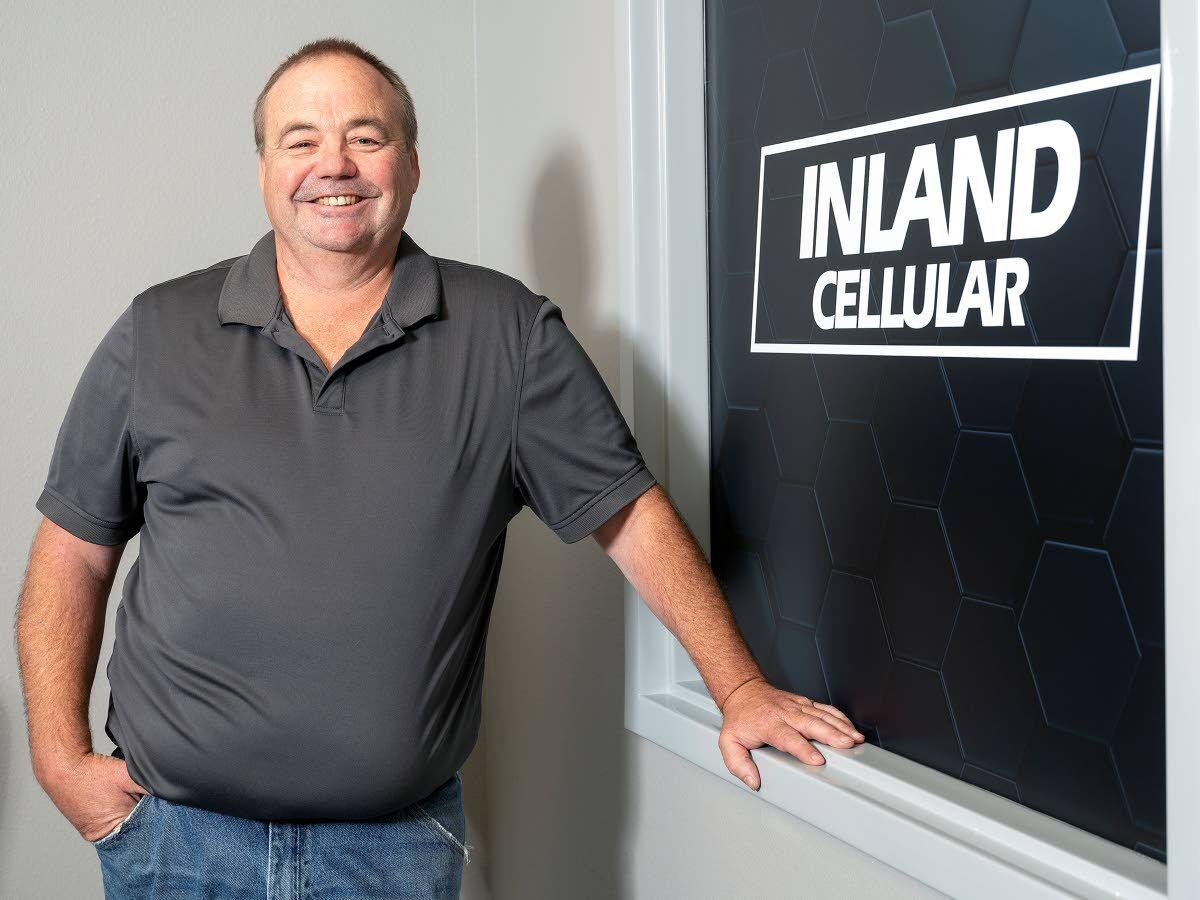 Richard Jackson, the vice president of network operations at Inland Cellular, poses for a portrait at the company’s office in Lewiston.

Richard Jackson, vice president of network operations at Inland Cellular, stands in front of a white board in his office in Lewiston.

Pictures of various cell towers around the area flank Inland Cellular Vice President of Network Operations Richard Jackson on the wall of the conference room at the company’s Lewiston location.

Richard Jackson, the vice president of network operations at Inland Cellular, poses for a portrait at the company’s office in Lewiston.

The area’s last remaining regional cellphone and internet provider found itself at the edge of the national spotlight for pioneering the use of technology that might give the United States an advantage in its battle against a Chinese telecommunications giant.

Inland Cellular recently was featured in the Washington Post after being one of the first companies in the nation to serve a significant portion of its territory on an open radio access network, or OpenRan.

The story ran in late June with the headline “A remote corner of Idaho has become the best hope for the U.S. challenge to Huawei.”

The equipment for the network comes from two companies based in the United States, ExteNet Systems in the Chicago area and Parallel Wireless in Nashua, N.H., said Richard Jackson, vice president of network operations for Inland Cellular.

That differs from the approach of many telecommunications companies in the United States, which get their equipment from the Chinese company Huawei or one of its two main competitors, Ericsson in Sweden and Nokia in Finland, Jackson said.

Inland Cellular purchased the equipment from American suppliers because it saved the company money and gave it more flexibility to expand or add services for customers.

It was not a political decision, said Jackson, who declined to answer questions about the potential risks of alternatives.

“We’re always looking for ways to improve as a company, and this is one of the ways to do it,” he said.

Huawei has a number of high-profile critics in the United States. Republican Senator Lindsey Graham once said it’s one of the few issues Democrat House Speaker Nancy Pelosi and President Donald Trump agree on, according to a February National Public Radio story.

The Trump administration has tried to limit Huawei by imposing sanctions on the business. It won a victory last week when the United Kingdom gave telecommunications providers in the country until 2027 to remove Huawei equipment from their 5G networks, something Trump has encouraged other countries to do, according to several media reports.

“The United States views Huawei as a security risk because it believes the company has close ties to the Chinese government, which Huawei has denied,” according to a story last year in the Washington Post. “U.S. officials have said Huawei could potentially tap into and monitor sensitive U.S. communications through its network technology.”

Business Profile talked with Jackson about his role in the OpenRan Network, how an OpenRan Network operates, why Inland Cellular uses it and the potential it has for the future.

Business Profile: What is your role in OpenRan at Inland Cellular?

Richard Jackson: We are always looking for ways to do things more economically and efficiently. I was involved in finding ExteNet Systems and Parallel Wireless. It was my team that brought in all of the equipment and did trials to prove it would work how we wanted it to.

BP: In general how does OpenRan work?

RJ: Radios that are placed on towers that send and receive signals with voice and data from the radios in all cellphones are important parts of wireless networks. Another key component is the core, which does all the thinking in the network, such as who should be billed for each signal and where it should go. Suppliers like Huawei, Nokia and Ericsson require cellphone providers to buy proprietary packages with radios and the core. With OpenRan, the radios of one company can be integrated with the core of another through software. We bought the radios from Parallel Wireless and the core from Extenet Systems. The Extenet core can talk with our equipment from Parallel Wireless, another company we use for wireless internet networks we install in businesses, and any other supplier we choose. If we add new features, multiple companies can bid, which often lowers the price. The Parallel Wireless radios are smaller than traditional technology, and can be placed in discrete locations such as rooftops, lessening the need for large cell towers.

BP: How much do you use OpenRan?

RJ: We started two or three years ago. We have it in 30 cell sites in southeastern Washington and plan to deploy it throughout our network, which has a total of about 150 cell sites.

BP: What prompted Inland Cellular to go in that direction?

RJ: It drops the cost of each cell site by about 40 percent. That’s important because we need more sites per square mile to serve our region than in companies that operate where the terrain is flatter. It was price and features. Before, we were locked in. We had to pay what our suppliers asked if we wanted to expand our network or add services. They were driving the network, not us.

BP: What will happen when you switch from the 4G bandwidth you have now to 5G bandwidth?

RJ: OpenRan can be upgraded to handle 5G.

BP: What is the difference between 4G and 5G?

RJ: They don’t have a consensus about what 5G is. It will be a bigger bandwidth, where more services are pushed over it at a faster speed for self-driving cars and smart appliances.

BP: What experience does Inland Cellular have with systems other than OpenRan?

RJ: Our 3G Network was from Ericsson. We were obligated to accept their prices when we made upgrades. Our 4G network that isn’t OpenRan is comprised of equipment from Extenet Systems and Nokia.

BP: How surprised are you at the publicity Inland Cellular is receiving for moving away from those more traditional approaches?

RJ: We didn’t expect all this attention, but it’s good.

Education: Graduated from Aberdeen High School in southern Idaho and earned an associate degree in telecommunications technology from Idaho State University in Pocatello.

Career history: Worked in a two-way radio shop before joining Inland Cellular as a cell-site technician 28 years ago.

Family: Married, with five sons and one daughter.

About Inland Cellular: The company is a cellphone service provider in southeastern Washington, north central Idaho and northern Idaho with 115 employees, most of whom are based in the Lewiston-Clarkston Valley.