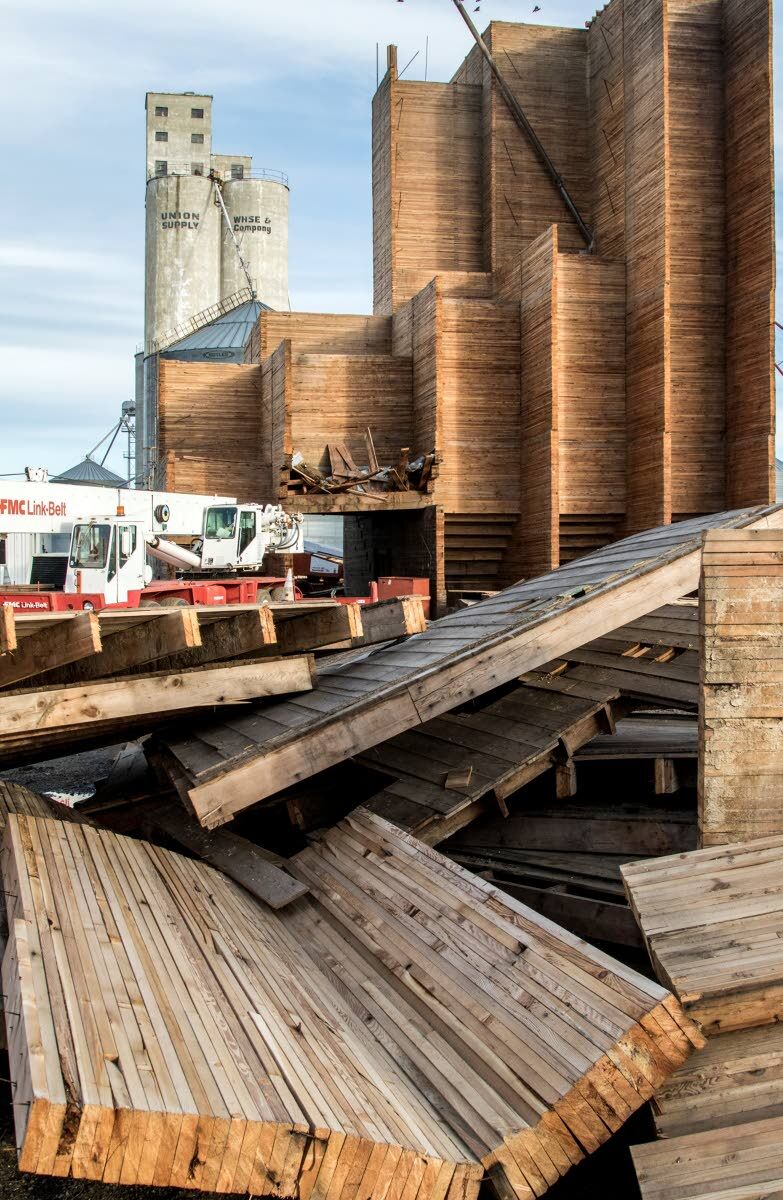 Pieces of a wooden crib grain elevator facility sit on the ground at CHS Primeland’s site in Fenn. The company is dismantling it and other elevators constructed in that same style because they are becoming obsolete. 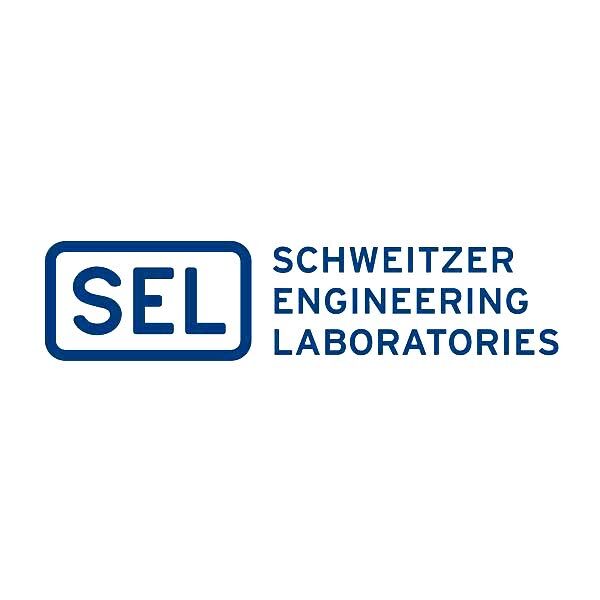 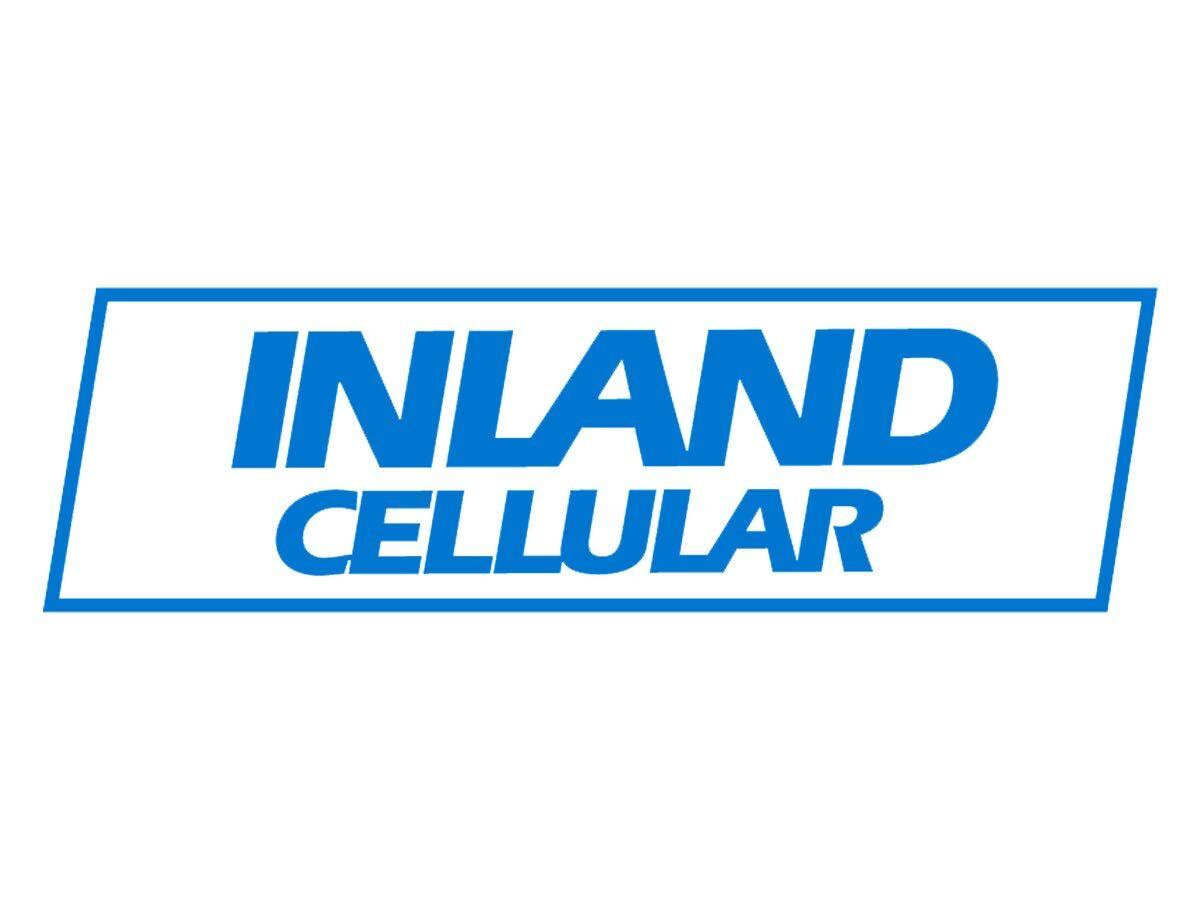 Pieces of a wooden crib grain elevator facility sit on the ground at CHS Primeland’s site in Fenn. The company is dismantling it and other elevators constructed in that same style because they are becoming obsolete.

FENN — Plank by plank, the wooden crib grain elevator storage that belongs to CHS Primeland is being dismantled just off U.S. Highway 95, at Fenn.

The roughly 80-foot-tall structure holds about 100,000 bushels and was filled as recently as the 2019 harvest, said Ken Blakeman, general manager of CHS Primeland in Lewiston.

But it and others built in the same style, just after World War II, are small and slow by today’s standards, Blakeman said.

The Occupational Safety and Health Administration isn’t a fan of them because that agency has concerns it can be hard to control potentially explosive grain dust in them.

CHS Primeland will continue to use concrete or steel storage it has at Fenn.

The changes being made there now are part of a companywide plan underway throughout the area, Blakeman said.

In previous years, CHS Primeland took down wooden-crib elevators at Grangeville, Reubens, Lewiston, Deary and Joel, between Moscow and Troy, he said.

Similar to Fenn, CHS Primeland has maintained other storage facilities in all of those communities, other than Deary.

The vintage structures lasted much longer than the 20 or 30 years those who constructed them expected, Blakeman said.

One of the reasons for their longevity is their sturdiness, which makes the process of removing the elevators tedious. CHS Primeland hired companies that recycle the building materials to do the work. Andrews Salvage of Lewiston is handling the Fenn project.

Corrugated steel that has developed a patina is attractive to certain customers, Blakeman said. Big nails are extracted from the boards, some as large as 2 inches thick and 10 inches wide in the lower sections, sorted by size and repackaged for buyers who use them for floors and furniture.

“It’s got a history to it,” Blakeman said. “It’s neat to see that wood get utilized for something else.”

Lewiston airport provides details about how to apply for board opening

Applicants are being sought to fill a seat on the Lewiston-Nez Perce County Regional Airport Authority Board recently vacated by Chris Hayes.

The position has a monthly stipend of $300. The board is accepting applications by telephone at (208) 748-9348, on its website at golws.com and by email at bookkeeper1@golws.com.

The deadline to apply is 5 p.m. April 30, and the board plans to make its selection at its May 18 meeting.

PULLMAN — Schweitzer Engineering Laboratories has been named Employee Stock Ownership Company of the Year by the Northwest Chapter of The ESOP Association.

“SEL’s dedication, innovation and commitment to the (employee stock ownership) culture and business model are a great testament to the power of employee ownership,” said Janeece Higgins, ESOP Association Northwest Chapter president. “The work they have done, both locally and nationally ... will benefit all employee owners.”

SEL has been a member of the association for more than a decade.

“We find real value in being part of this association and are truly honored to receive this award,” said Joey Nestegard, SEL chief business and finance officer.

Business getting closer to booming at region’s airports

Activity is returning faster than expected to the Lewiston-Nez Perce County Regional Airport, where commercial passenger traffic slowed almost to a standstill a year ago when the coronavirus pandemic stifled flying throughout the nation.

The airport had 4,055 aircraft landings in March, the highest number going as far back as 2011, according to numbers shared by airport authority board Chairman Gary Peters in an email.

The number includes all of the aircraft that use the Lewiston airport. Among those are commercial passenger aircraft, planes carrying packages for FedEx and UPS, agricultural planes, planes flown by students learning to fly, private planes, corporate planes, charters and aircraft operated by Life Flight.

The figure dipped to an 11-year low of 1,846 in 2019, about six months after Alaska Airlines subsidiary Horizon Air stopped its Boise and Seattle flights. That left Lewiston with a single commercial passenger carrier, SkyWest, which flies to Salt Lake City.

One of the reasons the volume is so high is that Lewiston has two runways that can accommodate it, Peters said.

“All of this activity reinforces what an incredible facility this is and is a strong indicator of the growth our region is about to experience,” he said. “This all weighs very strong in our favor as we aggressively work hard to secure additional air service.”

Numbers are improving at the Pullman-Moscow Regional Airport too.

A total of 6,985 passengers arrived or departed from the Pullman airport in March this year, the biggest number since the pandemic started in March 2020, Executive Director Tony Bean said.

“It’s steadily getting better,” Bean said. “This is the biggest jump we’ve had month to month so far.”

Pullman’s two daily round-trip flights to Seattle are running about 75 percent full, and its carrier, Horizon, is adding another round-trip Seattle flight on May 20, he said.

A Clarkston port employee has been promoted to a newly created position.

Beth Larson has been named the port’s operations manager after most recently serving as an economic development specialist, Port Manager Wanda Keefer said.

Larson’s responsibilities grew because Steve Pearson, a maintenance employee who joined the staff in 1998 and had been there longer than any other employee, is retiring this month, leaving the port with four employees, Keefer said.

Larson will oversee the port’s two newer maintenance employees, who do work such as carpentry and plumbing at about 10 port buildings as well as other port holdings like Granite Lake Park and three docks.

“She’s just been incredibly responsive to everything we need to have done,” Keefer said. “She’s a real team player.”

Inland Cellular acquired Northwest Media in Lewiston from Thomas, Dean & Hoskins Inc., which is based in Great Falls, Mont.

Two Northwest Media employees who did graphic design and created and maintained websites for businesses and institutions are transferring to a department at Inland Cellular that does similar work.

Northwest Media’s building at 208 Main St. in Lewiston is not part of the deal. It has been owned by Thomas Dean & Hoskins Inc. since 2013 and is now being leased to Summit Funding, a home loan firm.