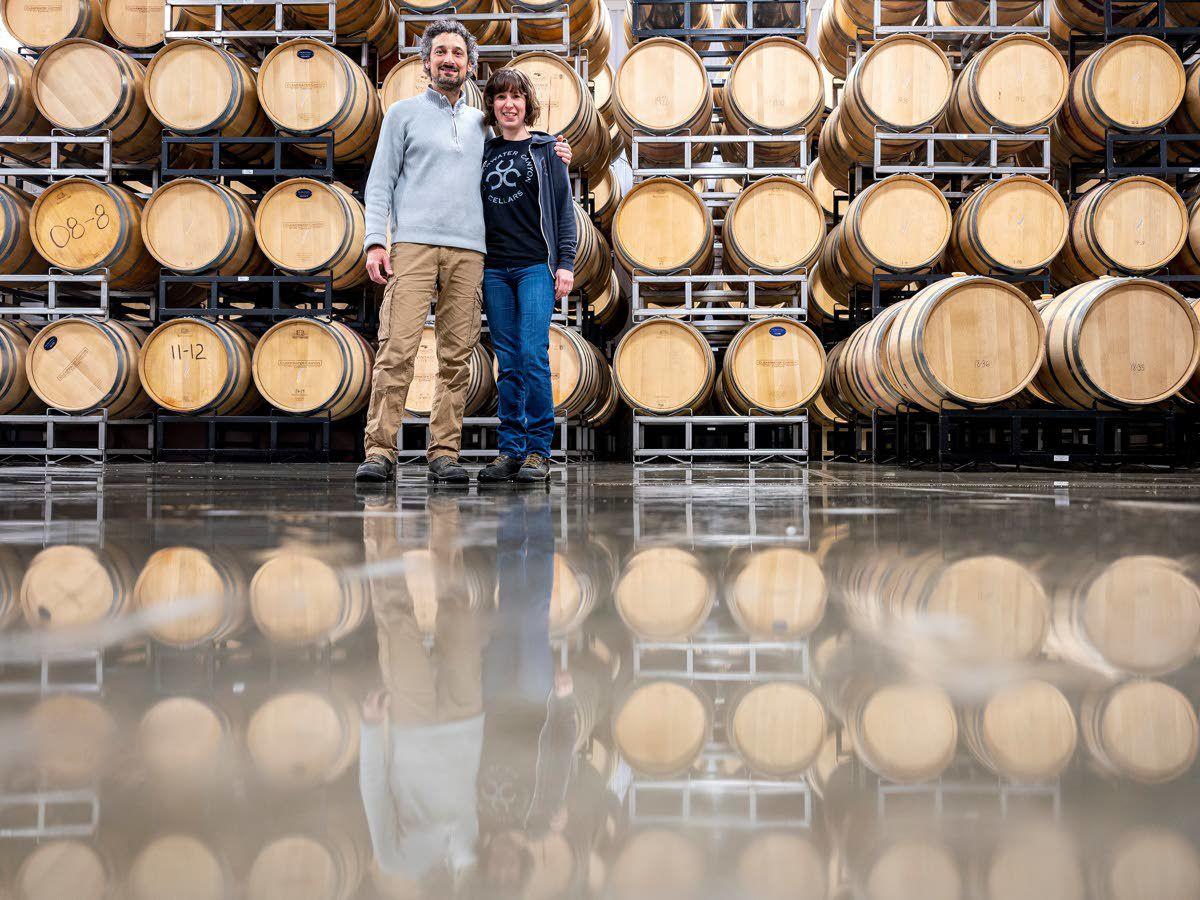 Karl and Coco Umiker, co-owners of Clearwater Canyon Cellars, pose for a portrait last week in front of barrels of wine at their warehouse in Lewiston. The Umikers earned Wine Press Northwest magazine’s Pacific Northwest winery of the year award. 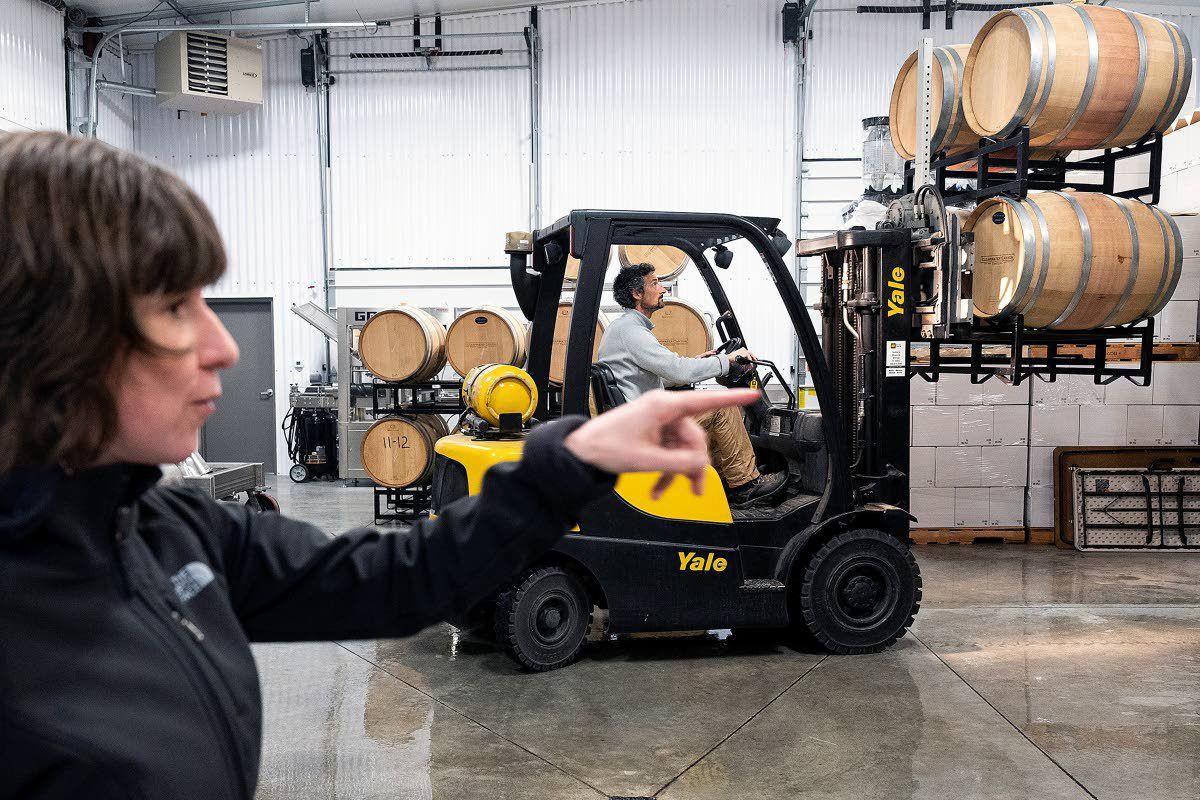 Coco Umiker directs her husband, Karl, as they move barrels of different varieties of their Clearwater Canyon Cellars wine at their warehouse last week in Lewiston. 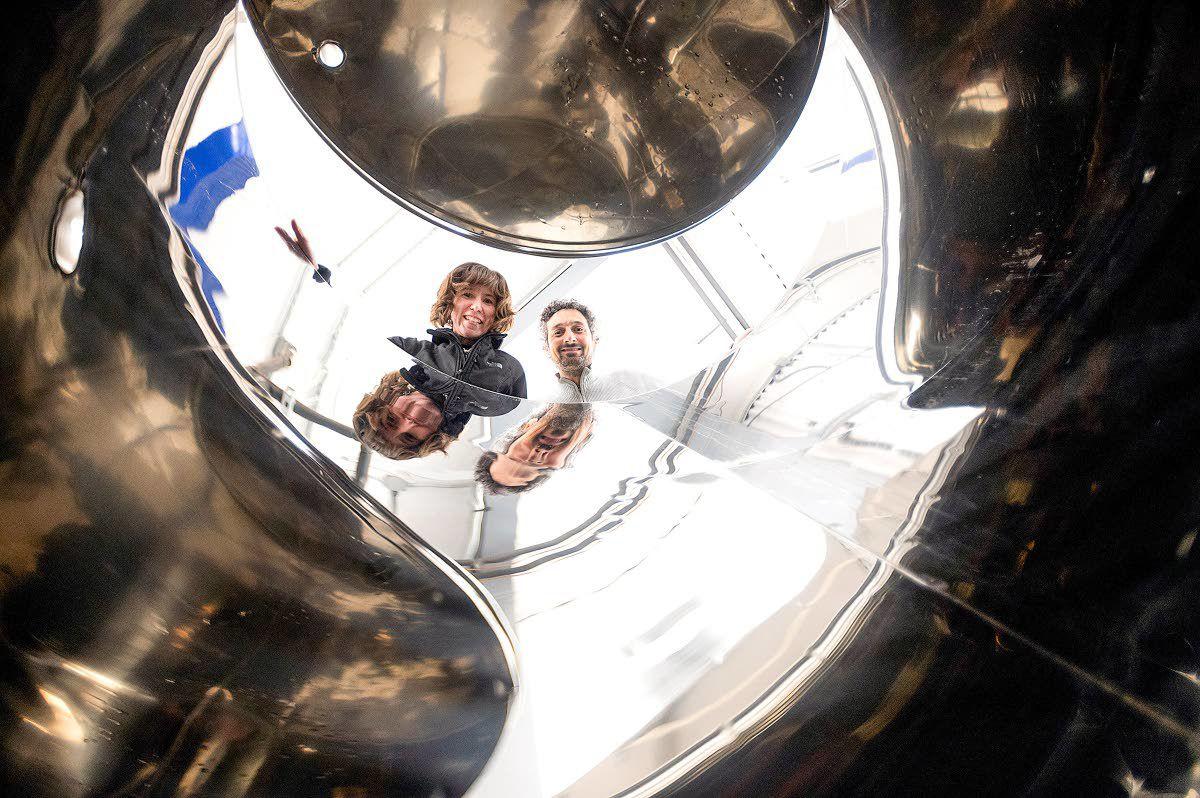 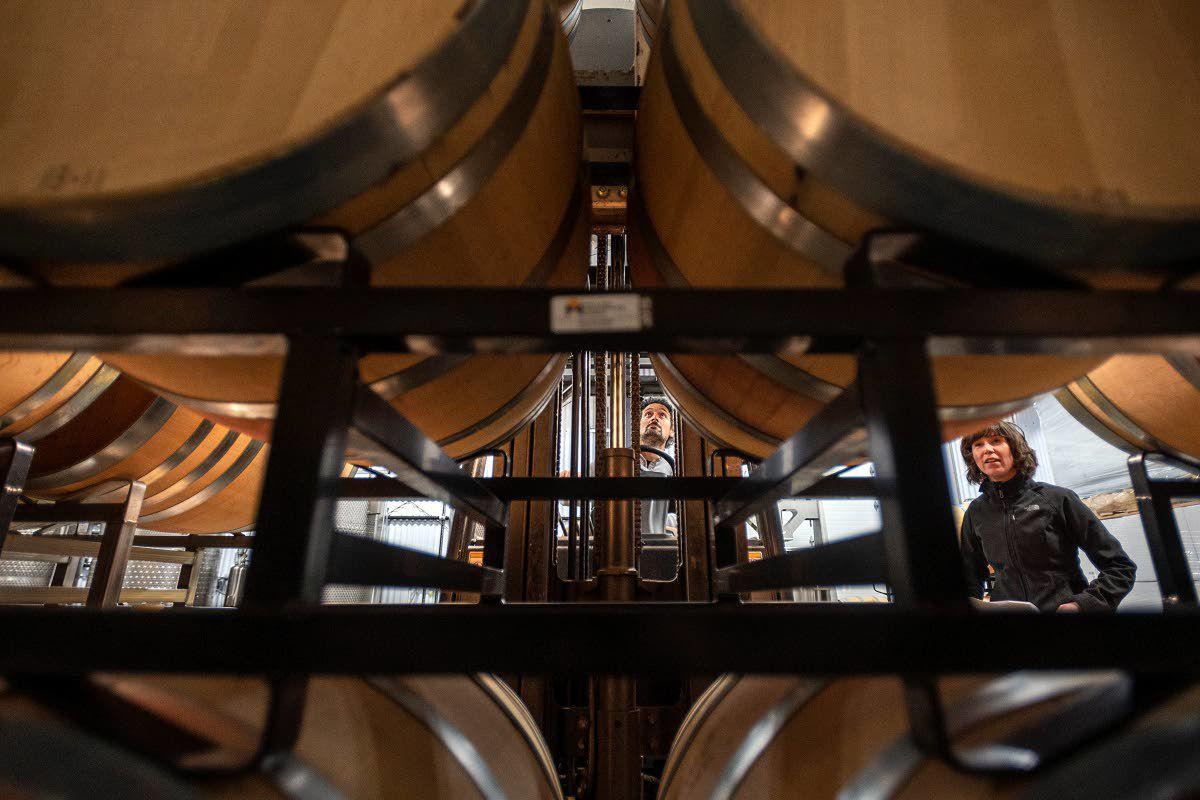 Karl Umiker runs the forklift as his wife, Coco, looks on while they move barrels of wine around their warehouse at Clearwater Canyon Cellars.

Karl and Coco Umiker, co-owners of Clearwater Canyon Cellars, pose for a portrait last week in front of barrels of wine at their warehouse in Lewiston. The Umikers earned Wine Press Northwest magazine’s Pacific Northwest winery of the year award.

Coco Umiker directs her husband, Karl, as they move barrels of different varieties of their Clearwater Canyon Cellars wine at their warehouse last week in Lewiston.

Karl Umiker runs the forklift as his wife, Coco, looks on while they move barrels of wine around their warehouse at Clearwater Canyon Cellars.

Coco Umiker could tell when Wine Press Northwest magazine arrived in the mailboxes of western Washington subscribers with the news that Clearwater Canyon Cellars was its 2020 winery of the year.

Against the backdrop of Idaho’s then-new gubernatorial stay-home order to stop the spread of coronavirus, the telephone rang constantly with customers ordering wine from the business she owns with her husband and vineyard manager Karl Umiker. A large sale came from a highly regarded Seattle buyer.

“It’s the biggest and most important thing to ever happen to us as a winery, and we’ve been in business 16 years,” she said.

Clearwater Canyon Cellars, in Lewiston, is the first Idaho winery to win in the 19 years of the honor that can be bestowed on any of more than 2,000 wineries in the Pacific Northwest.

Washington wineries, such as Columbia Crest, in Paterson; L’Ecole No 41, in Lowden; Barnard Griffin, in Richland; Dunham Cellars, in Walla Walla; and Maryhill Winery, in Goldendale, are among those that have been recognized.

Umiker is only the second female winemaker to be recognized by Wine Press Northwest in this capacity. The other is Melissa Burr, the winemaker at Stoller Family Estate in Oregon, when it received the magazine’s top accolade in 2014.

The publication makes its selection on criteria such as longevity, quality, reputation, industry involvement and facilities, publisher Gregg McConnell said in an email.

The Umikers won for the consistent, superior, quality of their wines across several styles and for their work establishing the Lewis-Clark Valley American Viticulture Area, McConnell said. The viticulture area designation is recognition from the Alcohol and Tobacco Tax Trade Bureau of the U.S. Department of Treasury that wines made with fruit from parts of southeastern Washington and north central Idaho have distinct, desirable qualities.

One of Clearwater Canyon Cellars’ best known wines is its Carménère, a rare red variety native to Bordeaux, France, which has earned six platinum medals over the years from Wine Press Northwest and could be considered a signature wine for them, McConnell said.

“I make wine that we enjoy drinking,” Umiker said. “It generally takes me months of blending trials to figure out how best to blend our barrels into individual wines that we feel are the best expression of each varietal (grape) or blend.”

When the Umikers started the winery in 2004, they were at the forefront of a revitalization in a winemaking industry in the region that had been mostly dormant since prohibition.

Coco and Karl met at the University of Idaho. He graduated with a master’s in soil science, and she earned bachelor’s degrees in microbiology, molecular biology and chemistry, followed by a doctorate from the enology and viticulture program at Washington State University.

They said their education provided them with the knowledge to grow grapes and make wine, as well as the confidence to take a chance in starting their own business. And, if they failed, they had skills that would allow them to start other careers.

“We would regret it more if we hadn’t tried,” she said.

She was 21 years old when she got permission from her grandfather to rent land on her family’s Century Farm for the Umiker Estate Vineyard in the Lewiston Orchards. With financial backing from investors they later bought out, they launched Clearwater Canyon Cellars.

The winery became their sole source of income in 2011, which has forced them to be strategic in how they used their time and money, she said.

They divide the workload, understanding that small details can shape how a wine tastes.

Karl focuses a lot of his energy on the vineyard that he frequently walks through, meticulously observing and taking notes.

“Every single thing we’ve ever done, it had to be good,” Umiker said. “We’ve always known we had no room for error.”