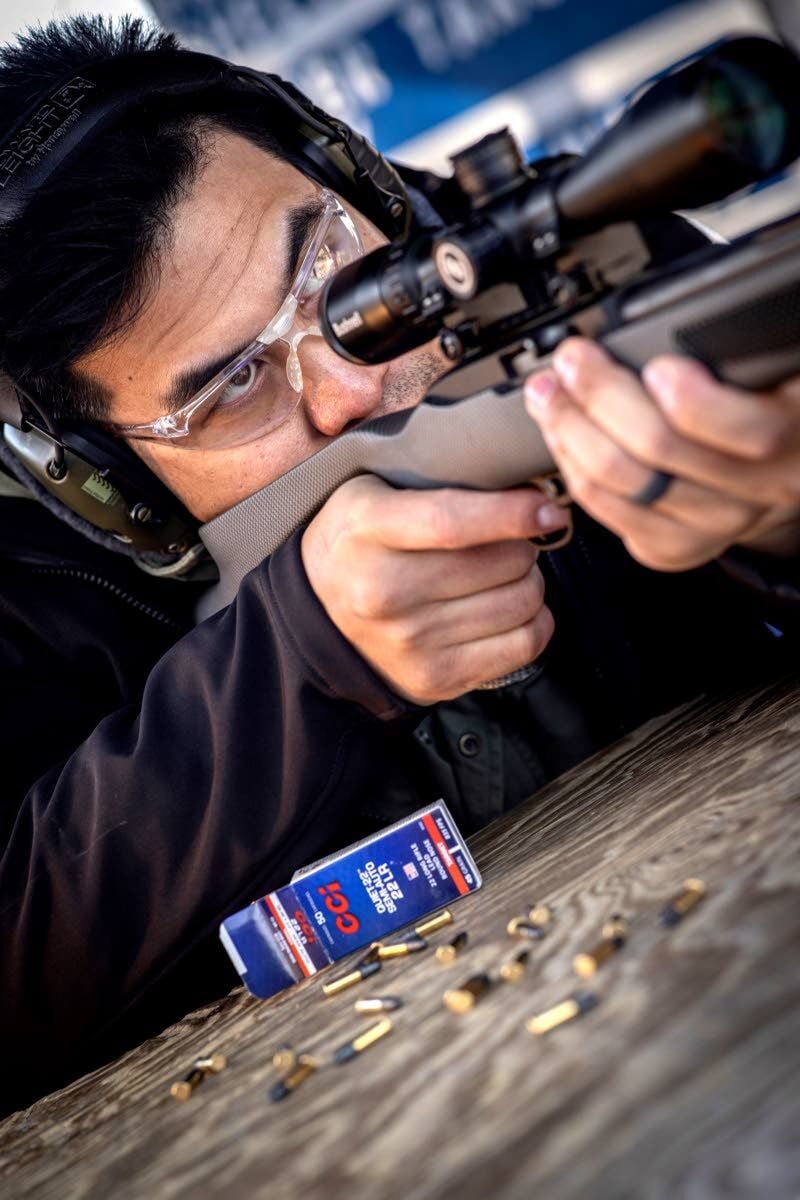 Vista OutdoorA man fires a round of CCI ammunition. CCI’s parent company, Vista Outdoor, is introducing a monthly subscription program in which gun owners can have bullets delivered to their homes.

Vista OutdoorA man fires a round of CCI ammunition. CCI’s parent company, Vista Outdoor, is introducing a monthly subscription program in which gun owners can have bullets delivered to their homes.

“This will be an industry first and an absolute game changer,” said Jason Vanderbrink, Vista Outdoor president of ammunition, during a recent presentation for stock market analysts broadcast online.

The announcement about subscriptions follows a year of ammunition shortages, in which bullets frequently sold out not long after they were put on shelves of retailers.

The subscriptions will require a long-term commitment, be introduced sometime this summer and feature the company’s most popular calibers, Vanderbrink said.

The rounds will come from new capacity Vista Outdoor has unlocked by eliminating bottlenecks in its manufacturing processes, he said.

“The good news is it doesn’t take away from our regular customers,” Vanderbrink said. “You’re still going to get more (ammunition) in (this fiscal year than last fiscal year). We’re just going to take a portion of the new ammunition coming on organically.”

Vista Outdoor’s approach could have a large impact. It is the largest ammunition maker in the United States, with brands that include CCI/Speer in Lewiston, where the business is one of the largest employers.

Vanderbrink sometimes uses a simple story problem to explain the reason why ammunition is selling so briskly.

In 2020, 8 million people purchased guns for the first time, including about 40 percent who were women and people of color, he said.

If all of them bought two boxes of ammunition with 50 rounds each, that would equal 800 million rounds, and if they were one of Vista Outdoor’s most popular calibers, that would be enough to fill 572 tractor-trailers.

That trend has continued in 2021, but at a slower pace, with about 2 million new gun owners so far and a similar percentage of women and minorities, Vanderbrink said.

“I cannot go a day without getting calls about ammunition shortages, literally for every caliber and every activity,” he said.

What’s happening now differs from what occurred in the last surge in demand for guns when Barack Obama was president because that involved existing firearms owners buying more weapons, Vanderbrink said.

Vista Outdoor has figured out how to monetize the trends. The company earned $266 million in its most recent fiscal year.

New vendors, live music and booths with information about not-for-profit groups are expected to be regular features of the Clarkston Farmers Market this year.

The event resumed last week and will continue in its regular, once-a-week time slot from 8 a.m. to noon on Saturdays through the end of September on the north end of Beachview Park, said Danielle Evans, market manager.

Winchester Ridge Farm, which sells lamb, is one of the new vendors expected to participate some weekends this year, she said.

Unlike a number of community activities, the Clarkston Farmers Market was held in 2020, but in a more limited format because of the pandemic.

“Because grocery stores were open, we were recognized for providing fresh, local food,” Evans said.

Dr. David Jones is one of the providers practicing at a new Providence Health Care clinic at 808 Port Drive in Clarkston.

Jones splits his time between Clarkston and a Pullman practice, according to a news release from Providence Health Care.

Other physicians rotate through the clinic, including ones who specialize in congenital heart, liver and pancreatic diseases.

A number of facilities are part of the Providence Health Care network, such as Providence Sacred Heart Medical Center in Spokane.

The Lewis-Clark Valley Health Care Foundation has announced a second round of small grant recipients for this year.

The grants, which total more than $130,000, are for groups in a three-state, nine-county area, including Clearwater, Idaho, Latah, Lewis and Nez Perce counties in Idaho; Asotin, Garfield and Whitman counties in Washington and Wallowa County in Oregon.

So far, the foundation has awarded $335,700 in small grants this year. The organization was established in 2017 by Idaho Attorney General Lawrence Wasden when St. Joseph Regional Medical Center became a private business. Idaho Trust Bank is the trustee of the foundation.

A board of community advisers reviews grant applications and recommends grants for approval by the trustee.

The recipients and award amounts in the second round are as follows:

Medicare 101 is the title of a free workshop that will be offered by the University of Idaho Extension, Latah County.

The two-hour session will start at 6 p.m. June 16 and include a presentation by a senior health insurance benefits adviser from the Idaho Department of Insurance.

The Tribune wants to hear about what’s happening at your business. Send your news to ewilliam@lmtribune.com. Please put “Biz Bits” in the subject line.