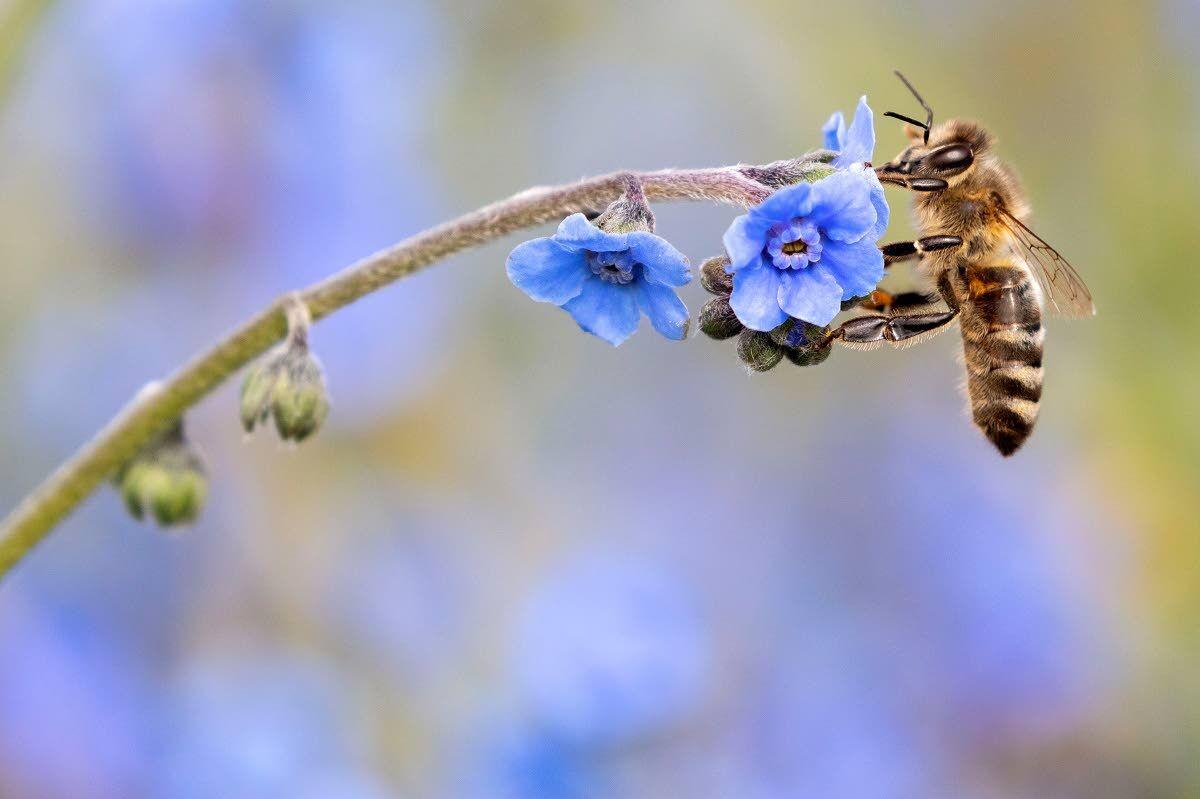 A honey bee hangs on a forget-me-not flower earlier this summer at Melliflora near Troy. 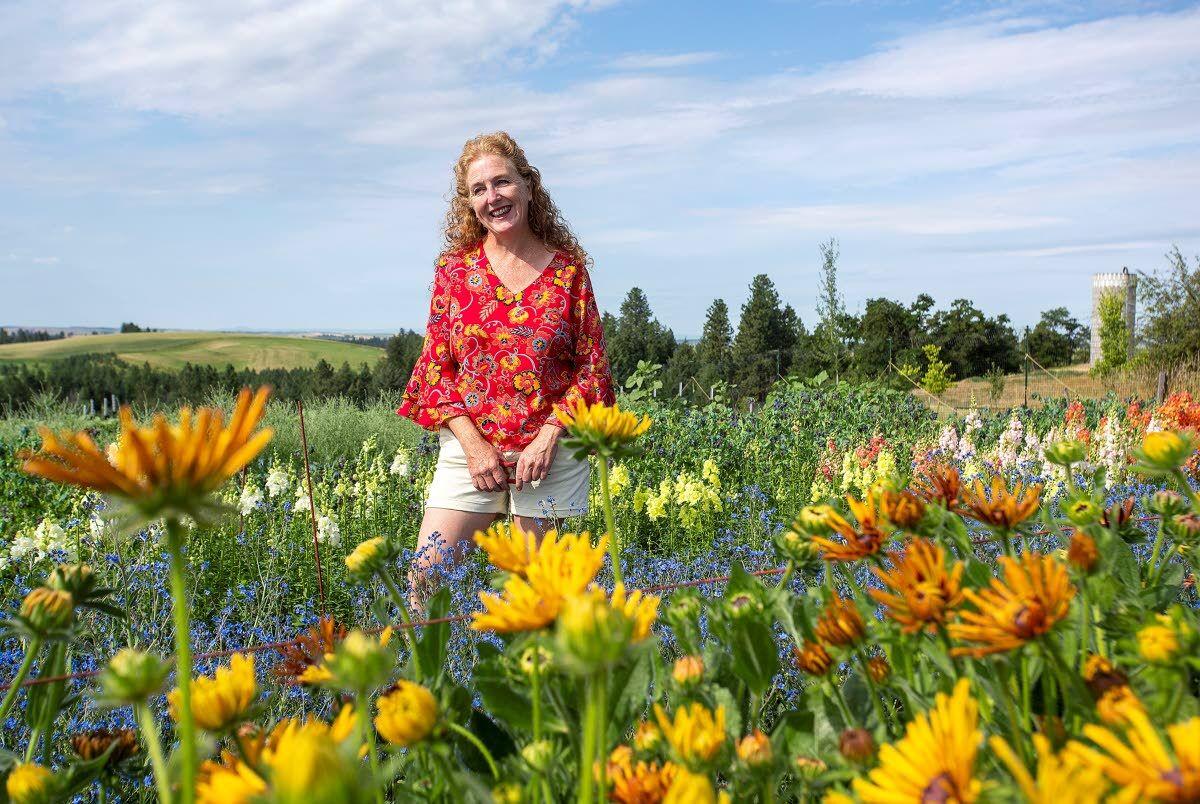 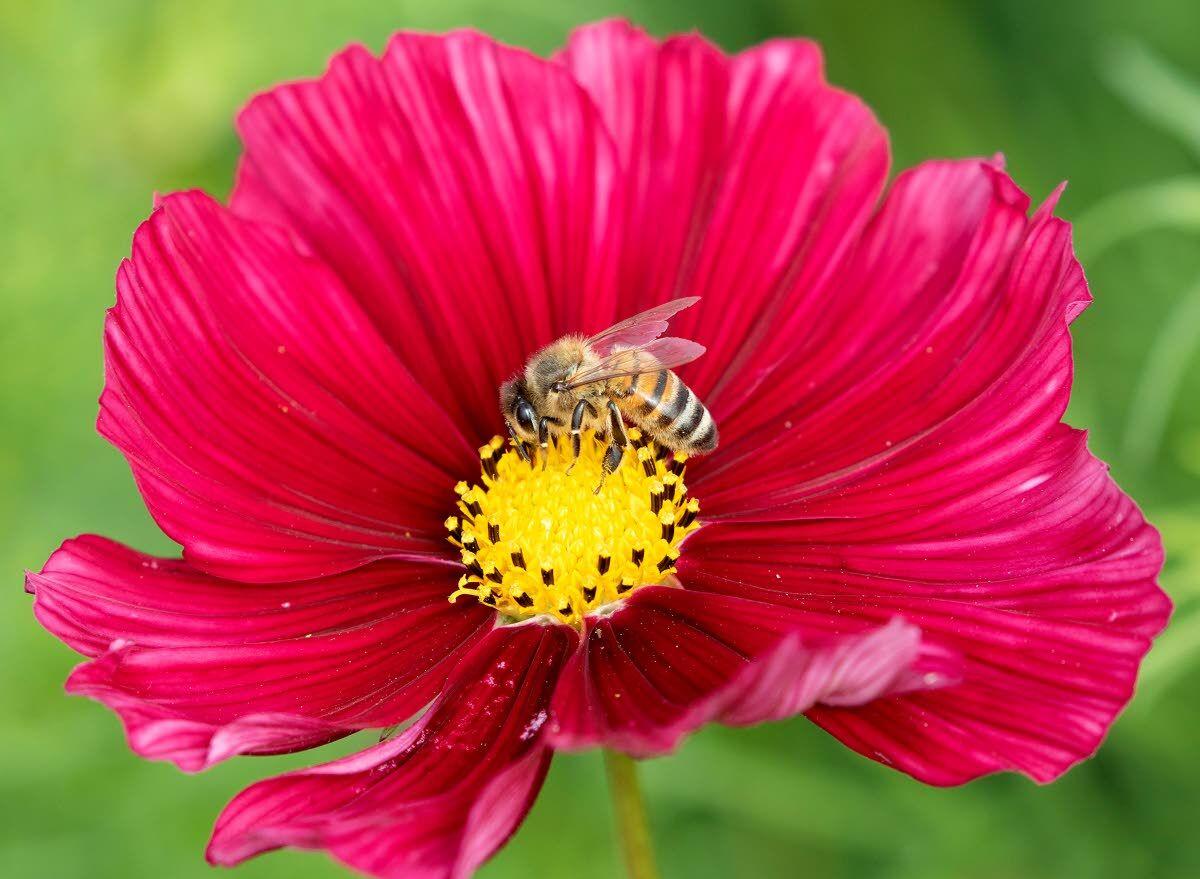 A honeybee stops on a cosmos blossom at Melliflora. 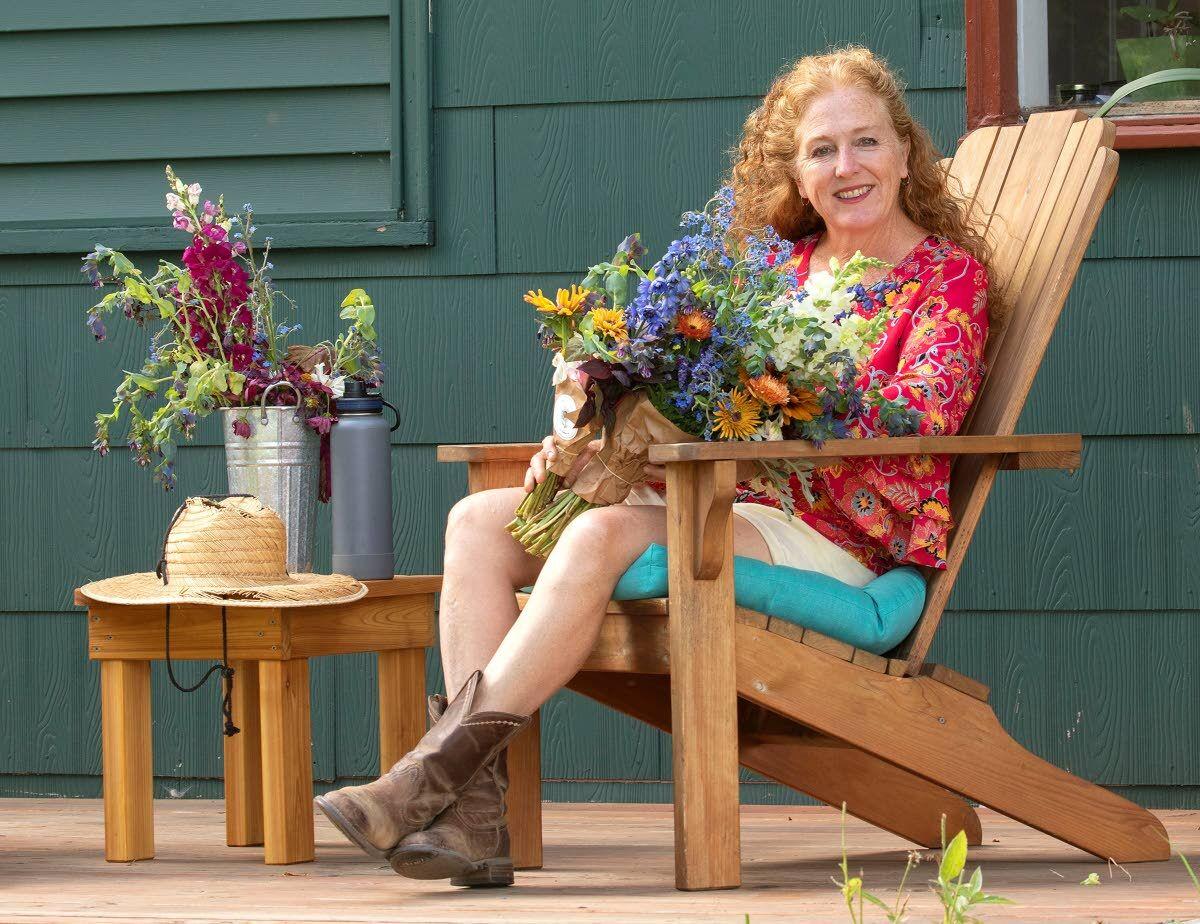 Colleen Taugher holds bouquets of flowers this summer at Melliflora near Troy. Taugher sells the bouquets at the Pullman Farmers Market. 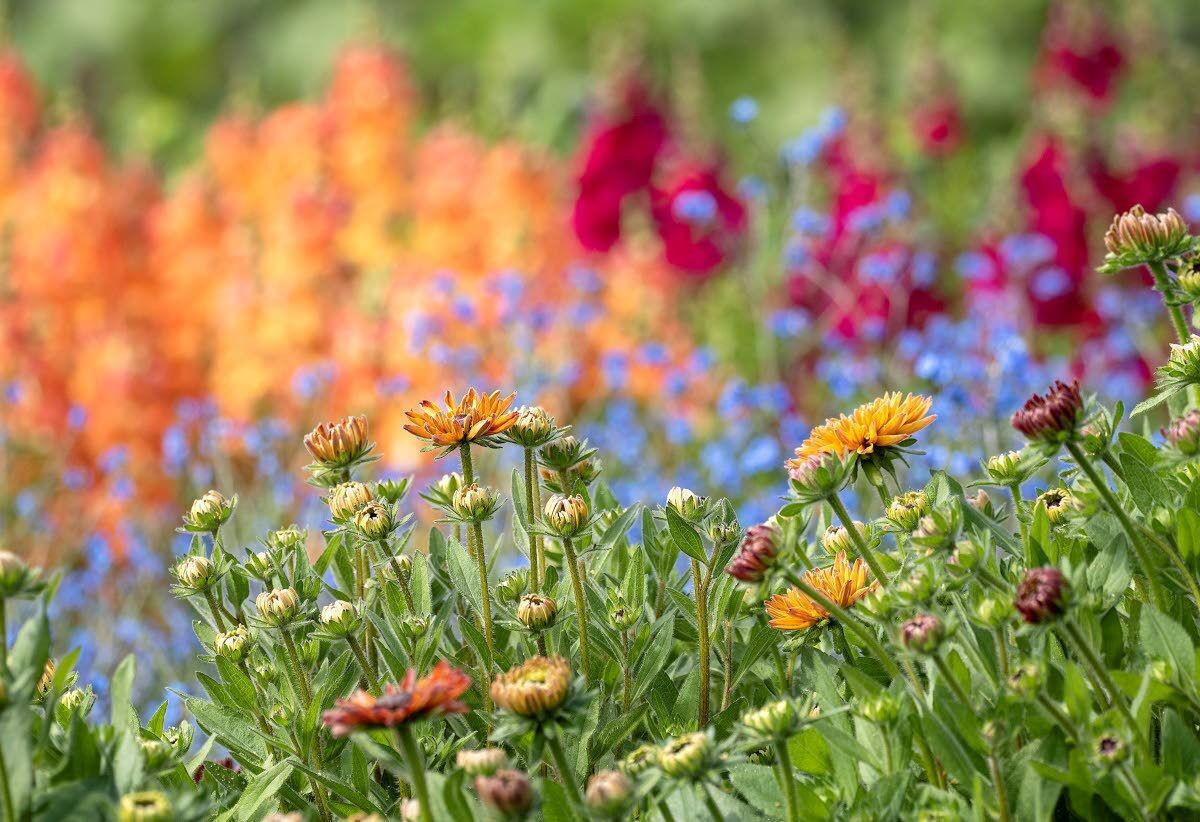 A variety of flowers grow earlier this summer at Melliflora near Troy. 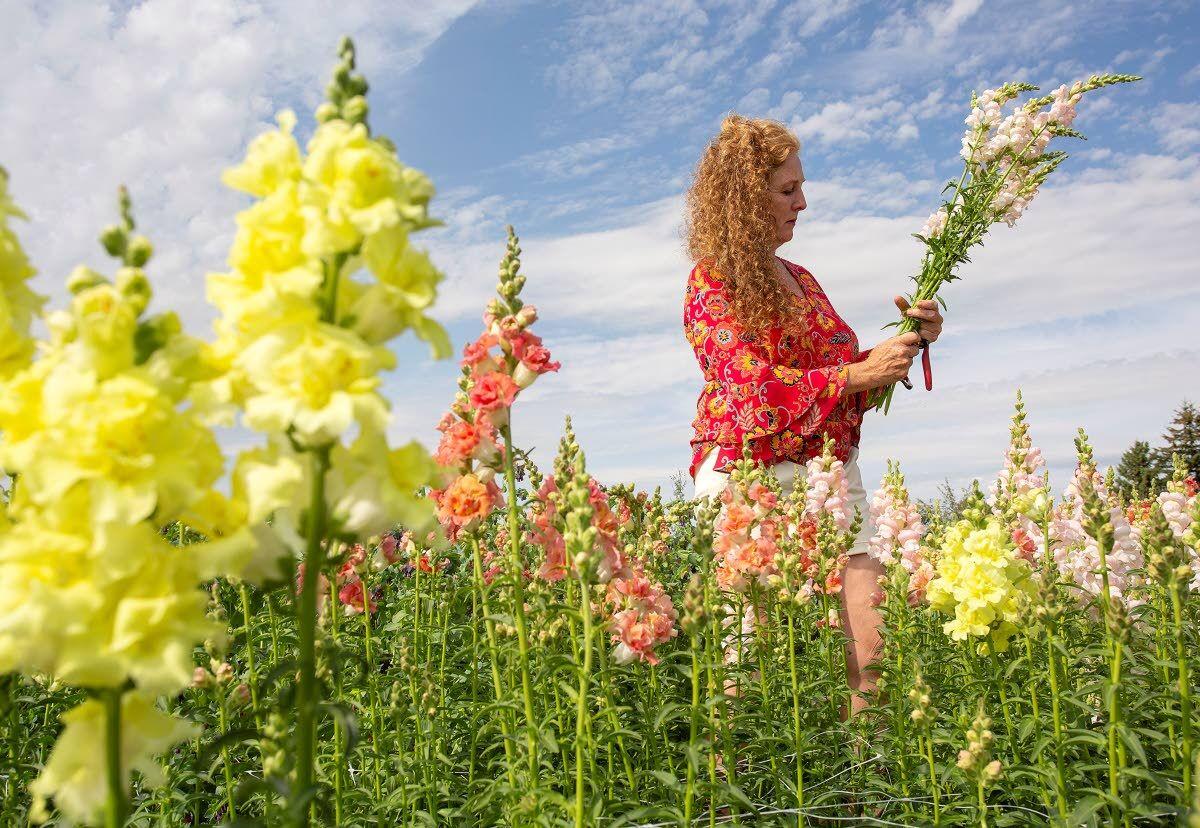 A honey bee hangs on a forget-me-not flower earlier this summer at Melliflora near Troy.

A honeybee stops on a cosmos blossom at Melliflora.

Colleen Taugher holds bouquets of flowers this summer at Melliflora near Troy. Taugher sells the bouquets at the Pullman Farmers Market.

A variety of flowers grow earlier this summer at Melliflora near Troy.

A honeybee pauses on a blue blossom, the stem of Chinese forget-me-nots bobbing as the pollinator gets to work. The collective hum of the bee and its sisters rises above tidy rows of salvia, calendula, black-eyed Susans and snapdragons.

These aren’t mass-market flowers to be sprayed with pesticides, picked, packaged and shipped across oceans in refrigerated containers. These blooms will never travel more than a few miles, from Melliflora — the floral arm of Mellifera Farm outside Troy — to the Pullman Farmers’ Market, the Moscow Food Co-op and florists across the Palouse.

“Local flowers, they come with stories, they’re attached to families, they’re fresher, they last longer,” said Colleen Taugher, who started Melliflora Farm earlier this year. “You can have a more intimate relationship with the people that produce them.”

Debra Prinzing, a writer from Seattle, launched the slow flower movement with her books “The 50 Mile Bouquet” in 2012 and “Slow Flowers” in 2013. The name parallels the slow food movement and shares its celebration of farm-to-table connections between growers and consumers.

Imported flowers make up the majority of the American flower industry, but Prinzing argues American flower farming is making a comeback, citing a 2018 USDA floriculture report that shows an increase in cut flower and cut cultivated green producers from 2015-18. A 2014 U.S. Department of Agriculture report lists floriculture among the top most profitable crops for small-acreage farms.

“This year was my infrastructure building year,” she said. “There was a lot I had to figure out and build and buy.”

Taugher read everything she could find about floriculture. She researched agricultural zones and bloom times to make sure she’d have fresh flowers all season long. She planned for a bouquet-friendly balance of textures and colors.

She found unusual varieties so she could offer flowers her customers would be unlikely to grow at home: ‘Coral Fountains’ amaranth, three colors of Queen Anne’s lace, neon zinnias, Centaurea macrocephala that look like fuzzy, yellow, tennis-ball-sized pineapples.

Once she knew exactly what she wanted to grow, she took to the field.

Taugher designed Melliflora’s growing area to reduce the demand for water and the need to weed, with a drip irrigation system and black matting. Taugher researched the space each species needed, labeling every inch of the flowerbed with tiny pieces of paper before burning holes through the mat and planting hundreds of seeds in precise rows.

Once harvested, Melliflora’s flowers head to a cooler across the farm to await the hands of a florist. Taugher designs many arrangements herself — she spent 10 years as a professional painter and holds an MFA in fine art.

“This is a really exciting opportunity for me to step back into that space of creative entrepreneurship where I started my working life,” she said.

Ellen Vieth, owner of Little Pink House Gallery in Genesee, also creates bouquets with Melliflora flowers. Vieth already knew Taugher through the art world and has offered her advice from her decades of experience designing with fresh and dried flowers.

“They can be elevated so easily because the quality is so much better,” she said. “They’re picked from the field one day, hydrated and on the market the next day.”

These benefits extend to the customer, too. Jodi McClory, who co-founded Swallowtail Flowers seven years ago and now runs the business independently, with a farm near Moscow Mountain, said farmers can educate people about the advantages of buying local.

“If you want flowers that are going to last longer and be more interesting, then you should look locally,” she said. “You can grow so many things here. Yes, it’s not California … but I have never felt limited in what I could choose.”

Taugher, who is looking forward to expanding her garden and introducing farm tours and other events as the pandemic allows, said the customers’ joy when they buy a bouquet comes right back to the farmers.

“I feel like I had a complicated job at WSU, but now my life has gotten really simple because flowers make people happy,” she said. “That’s my whole life, is to make people happy with flowers. That’s it.”

A few places to find bouquets of flowers from local growers: