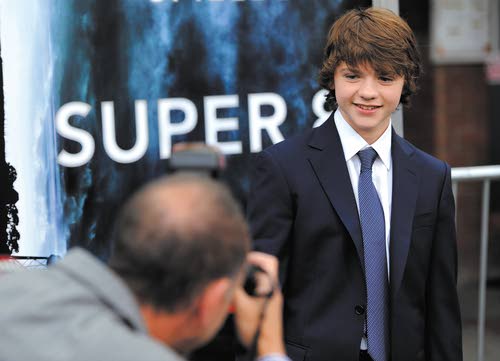 ABOVE: Joel Courtney of Moscow, a cast member in the film “Super 8,” poses for a photographer at the June 8 premiere of the film in Los Angeles. RIGHT: Courtney is shown portraying his character, Joe Lamb, in a scene from “Super 8.” 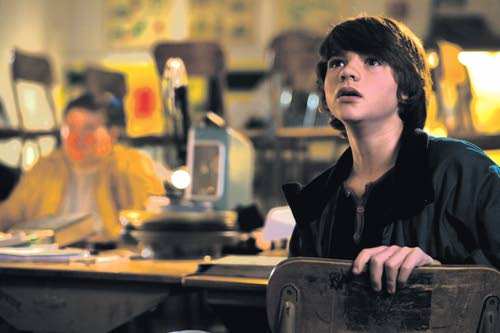 ABOVE: Joel Courtney of Moscow, a cast member in the film “Super 8,” poses for a photographer at the June 8 premiere of the film in Los Angeles. RIGHT: Courtney is shown portraying his character, Joe Lamb, in a scene from “Super 8.”

The new Steven Spielberg produced film "Super 8" stars a cast of mostly unknown young actors, including 15-year-old Joel Courtney of Moscow who has quickly gone from someone no one ever heard of to a worldwide name.

Courtney had no previous acting roles before appearing in the starring role in "Super 8," a sci-fi film by "Lost" creator J.J. Abrams. Courtney's participation in the film was kept secret until last week's premiere. Courtney's parents are Dale and Carla Courtney of Moscow. Dale Courtney declined local requests for interviews with his son.

Joel Courtney, who will be a freshman this fall at Logos School in Moscow, stars as Joe Lamb in the film about a group of kids making a zombie movie in 1979. They stumble upon a government conspiracy that involves monstrous aliens. Courtney and his family, who have lived in Moscow for 10 years, attended a private showing of the film June 9 in Moscow at the Eastside Marketplace for people from his school and church.

Courtney has told national media outlets that he got involved with the film last summer while visiting his older brother Caleb in Los Angeles. Caleb Courtney has acted in commercials and small independent films. His younger brother hoped to make money by appearing in a commercial. At the suggestion of a Seattle acting coach he and his siblings had previously worked with, Joel Courtney joined a nationwide casting call for Abrams' film. After 11 callbacks he got the part, according to the Los Angeles Times blog 24 Frames.

The film was shot in West Virginia last fall. Rated PG-13, it topped the box office nationwide its opening weekend.