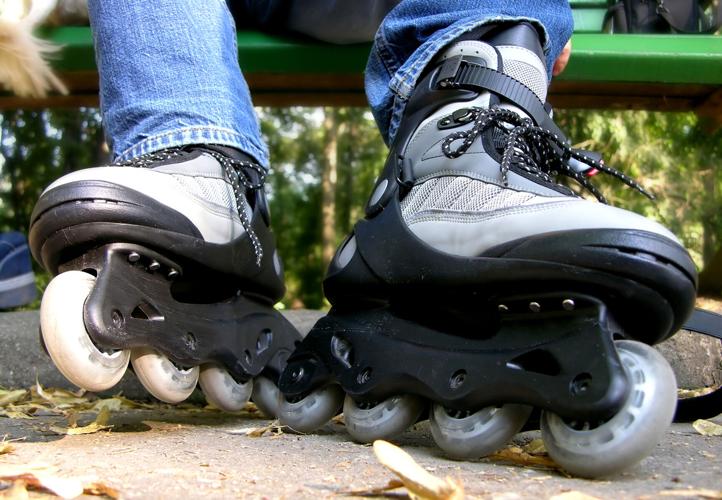 Grandpa had to put the rollerblades on so he could teach the grandkids how to rollerblade. 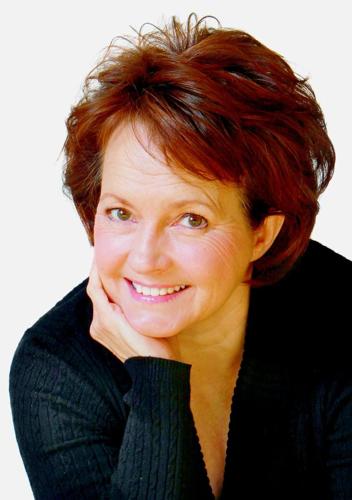 It’s not every day a kid walks into the kitchen and says, “Did you know Grandpa is outside rollerblading?”

To understand why a man three score and 10, a man who has never been on rollerblades in his life was outside rollerblading, you have to understand how he thinks.

He thinks thoroughly and explains thoroughly. And if he thinks you haven’t grasped his thorough explanations, he will draw a chart or a diagram, or give a demonstration. His modus operandi has always been “teach, tell, show.” It’s a good system.

Some of the grands discovered their mother’s old rollerblades, brought them over, found a pair in our garage as well, and were trying to rollerblade.

“How is he doing?” I asked the one who had come inside to file a report.

“Not very well. I think you should come outside and see for yourself. He’s very wobbly, so we’re trying to hold him up to keep him from falling.”

Her eyes grow big and she says, “And, Grandma, cars are slowing down and drivers are staring.”

I follow her outside and see she has described the situation accurately. Traffic hasn’t backed up all the way to the corner, but it is definitely slowing and drivers are gawking.

“I remember that now. College, right? You broke your ankle?”

Suddenly, he can no longer hear me.

“I played softball in high school gym class,” I say, “but that doesn’t mean I’m going to try out for the major leagues. Why are you doing this?”

“I’m sorry, but they are helping hold you up. How is this instructive?”

“I know some basics and they’re not propelling themselves forward correctly. I tried to explain it and they didn’t get it, so now I am showing them. They need to push off with their back leg at an angle.”

He then pushes off with his right leg, throwing it out at an angle behind him, then abruptly careens left ...

“The grass, the grass!” I yell. “Fall on the grass, not the concrete!”

He makes a last-second save and regains his balance.

After few more demos of questionable value, the girls put the rollerblades back on and are gliding with a near grace.

Their instructor proudly wears a look that says “mission accomplished” and will no doubt be looking for new challenges.

If you see a retired guy with salt and pepper hair who looks out of place at a skate park, I don’t even want to know.

Borgman is a columnist for Tribune News Service and she may be contacted at lori@loriborgman.com.

When it comes to yard sales ...