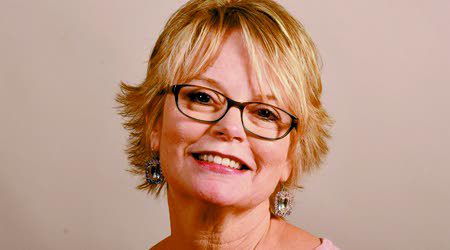 My friend shook her head slowly when I asked if she had noticed — then again, how could she not? — Chris Matthews seems to have a stubborn chest cold because he has been coughing a lot more on TV than usual, which, as I reminded her, was already plenty annoying. I mean, if you’re going to be on national TV, you shouldn’t sound like you’re coughing up a hairball the size of an Iowa caucus every night, amiright?

Clearly he needs to stock up on Airborne.

She put her hand up, as if to say “Stop.” Why was she doing that?

“Look,” she said. “I like you. Well, for the most part. But, lately, all you want to talk about is politics. I am soooooo tired of politics. I can’t take it anymore. Everywhere I go, it’s all I hear. The election is over a year away and I don’t think I’m going to make it.”

I know what you’re thinking: “Wow, she is so self-centered!” You read my mind.

I responded with respect.

“Are you crazy? We need every single vote. You HAVE to (sarcastic air quotes) make it.”

“Listen at yourself. I mean, you turn everything into an anti-Trump tirade. Oh, and this just in? I don’t give a happy damn about Chris Matthews’ cough.”

“That’s because you have reliable health care. You know who else has terrific health insurance? Mitch McConnell who — let’s be clear — stole Merrick Garland’s seat on the Supreme Court and gave it to the drunk frat boy as long as we’re talking about it.”

“Stop it! We weren’t talking about it! You’re sucking the joy out of my life. I swear I don’t even want to go to a movie with you. You’d turn “The Lion King” into some sort of rant about Trump …”

I thoughtfully considered what she was saying and then decided she was wrong. Duh.

“Well, if you honestly can’t see that Trump IS Scar then I suppose we have nothing left to discuss …”

“Look, I’m on your team but I just can’t do it anymore. With you, it’s all politics, all the time. It’s bad enough you still don’t eat at Chick-Fil-A even after they said they were OK with the whole being gay thing.”

“Right. Like I’m going to believe that. You don’t think I miss the waffle fries? The frosty lemonade? The sandwich, salty and almost burned but not quite? Don’t you see I’ve SUFFERED?”

Ack. It’s hard to explain principles to someone who clearly lacks any. So why was she looking at me now like I was the crazy one?

“You sold your soul for a chicken sandwich,” I huffed.

“At least I’m not a sanctimonious, obsessive-compulsive, joyless blowhard!”

While I remain puzzled at those who don’t share my concern for the fate of the entire free world, I persist. And rise, and all that other Maya Angelou-ish stuff.

I’m guessing she won’t give me a ride to the airport now. So selfish.

Rivenbark is a New York Times-bestselling author and humor columnist . Her web site is www.celiarivenbark.com