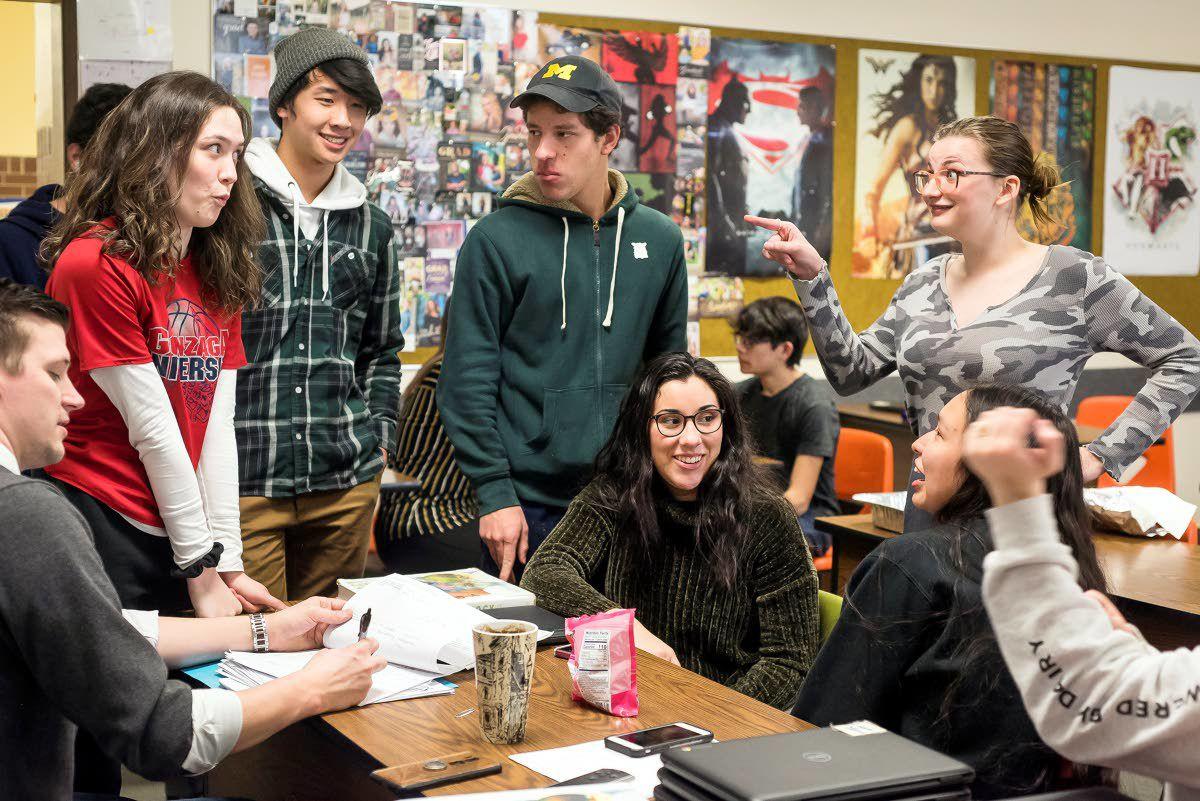 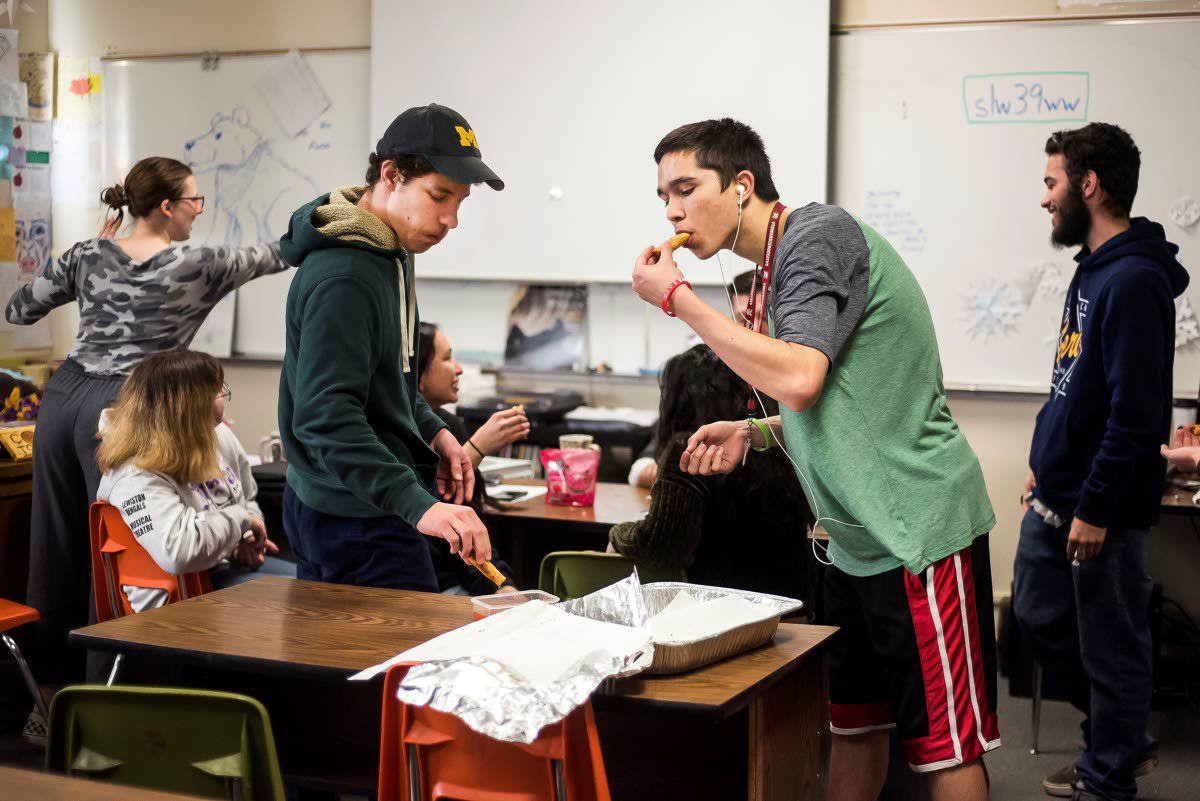 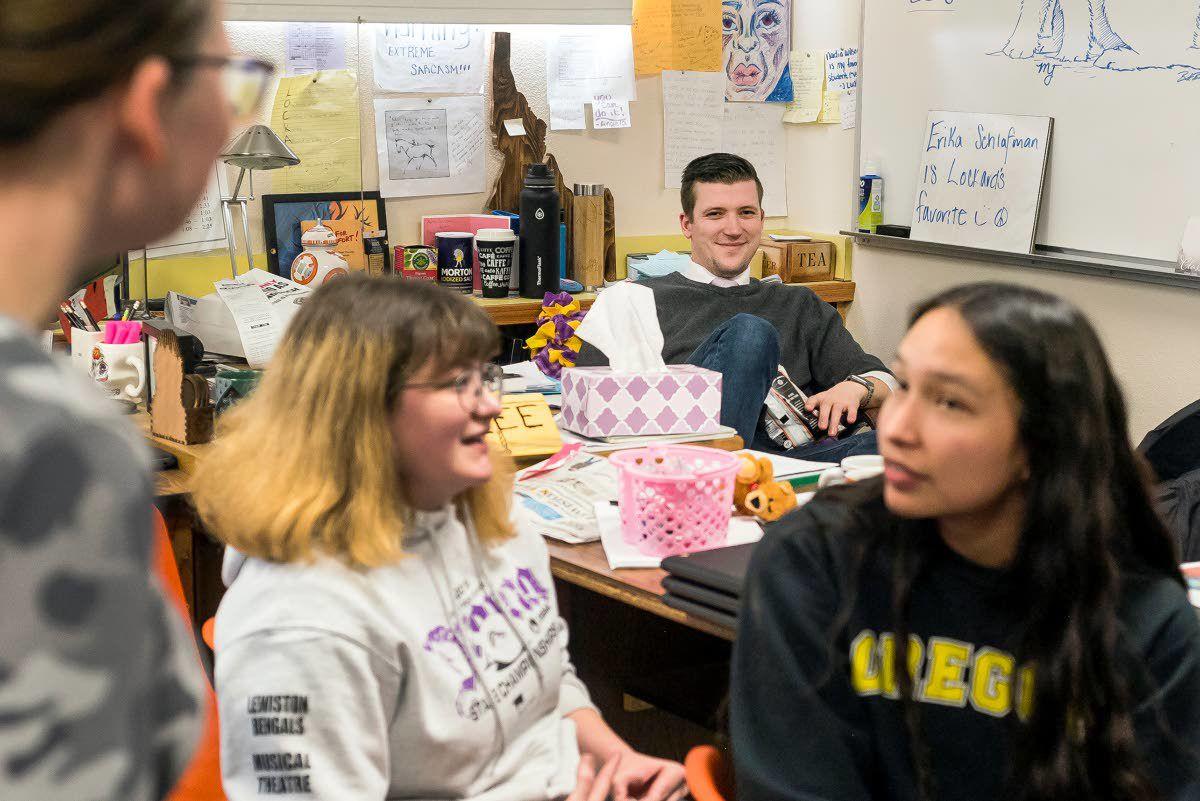 Psychology and world history teacher and club adviser Jordan Lockard (center right) listens to his students talk among each other during a Diversity Club meeting at Lewiston High School on Thursday. 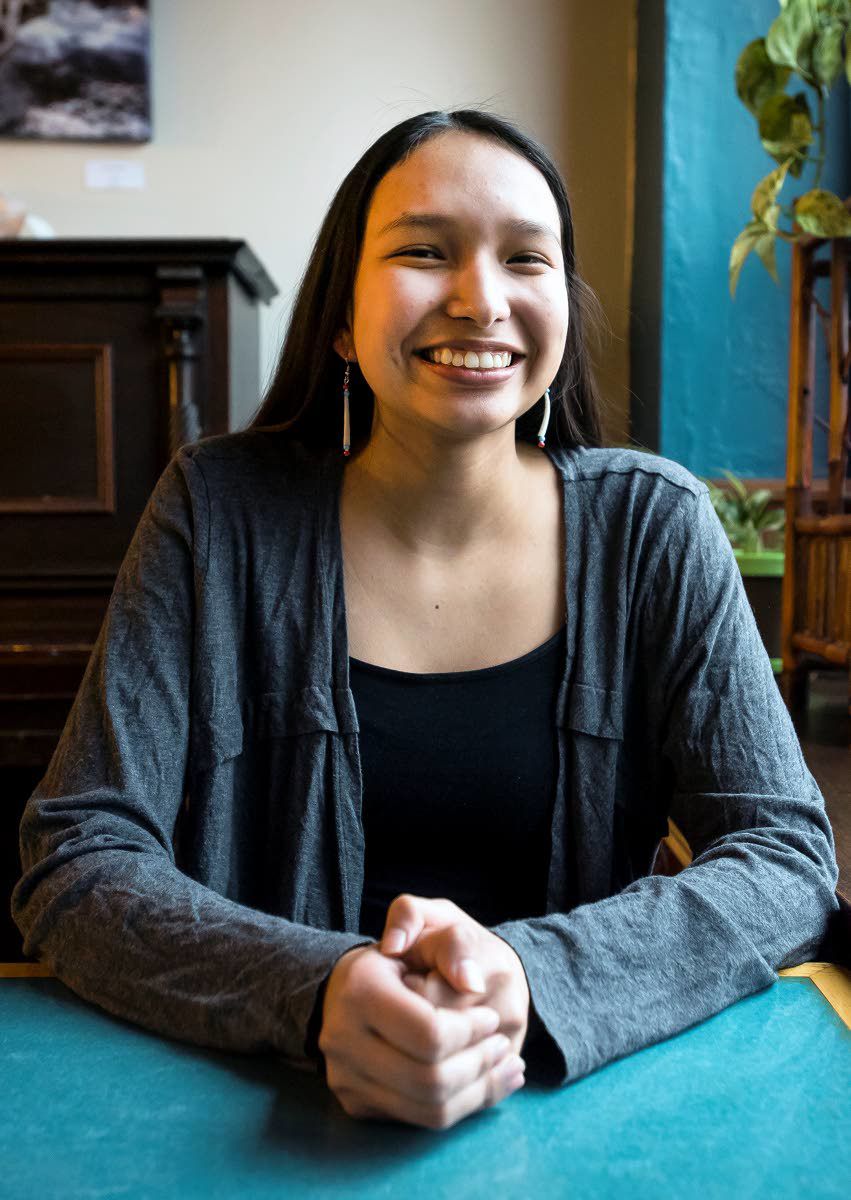 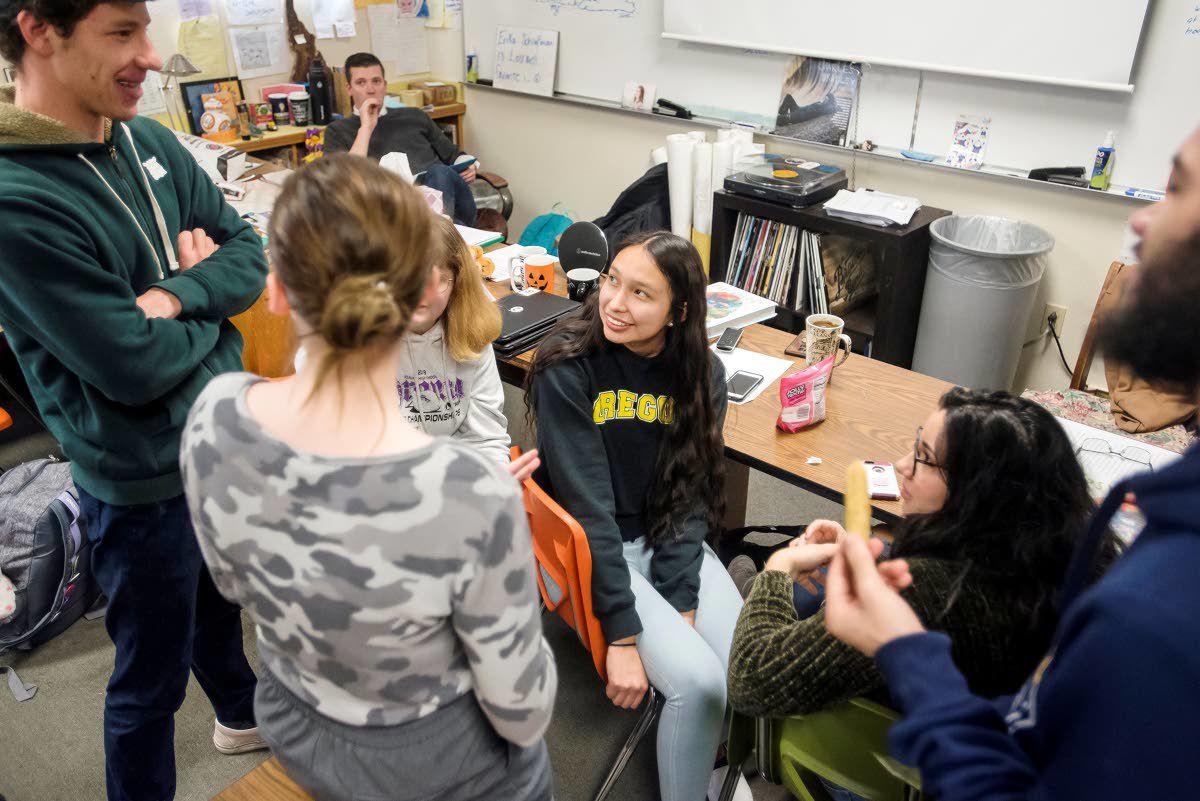 Psychology and world history teacher and club adviser Jordan Lockard (center right) listens to his students talk among each other during a Diversity Club meeting at Lewiston High School on Thursday.

Sara George’s mission at Lewiston High School is to ensure everyone feels included.

Alongside a group of her classmates, George helped co-found the Diversity Club, which aims to foster an inclusive environment for all students.

“Last year, there were racist events that happened (at Lewiston High School), so this year we came together and decided to create a safe place on campus for minorities or anyone with a diverse background,” George said.

The club caters to all students, including those who feel bullied, left out or are just looking for an accepting group of friends to spend time with.

“Our diversity club isn’t just minorities,” George said. “Really, we accept everyone because in any situation you can be a minority.”

Sometimes that can be a student with a different body type, or someone who is attracted to the same sex, George said.

The group members meet once a week after school and focus on sharing their cultures with their classmates.

On Thursday, sophomore Austin Ousley brought a platter of lumpia, a spring roll from the Philippines.

Ousley’s mom moved to the United States from the Philippines. He grew up in California and moved to Lewiston about four years ago, he said.

“It makes it easier to meet new people,” he said of the club.

In the past, George, an enrolled member of the Comanche Tribe and a descendant of the Nez Perce and Crow tribes, brought in fry bread.

George was raised surrounded by her Native American culture.

“I’m a very respectful person because of my culture, and I respect other people’s cultures because mine is so prevalent in my own life,” she said.

Growing up in a monocultural community like Lewiston wasn’t always easy for the 17-year-old. While attending a Lewiston elementary school, George said she was one of four minority children.

“It was kind of hard going there, because there were a lot of comments that people made. If we took our school pictures, people would point out that I was the darkest,” she said. “There’s a lot of ignorance about different things here.”

Often, incidents boil down to rude comments made by other students.

But that’s not always the case. Last year, after an exchange on social media about President Donald Trump and Mexico, a Mexican-American student at Lewiston High School found “Trump 2020 Republican” written on her car, to which a rope had been attached.

Principal Kevin Driskill at the time said the school district was working with students, parents and law enforcement to find a solution.

George said that incident helped spur the idea of the club.

“It was a pretty awful event that had happened,” she said. “I just want everyone to feel welcome.”

She hopes the club carries on once she graduates from Lewiston High School with her co-founders — Callaway Ho, Madison Hinkley and Logann Martin — who are all seniors.

“Even if (the club) doesn’t continue on to next year, just the idea that we were able to create a safe space for one year is a great accomplishment,” George said.

She plans to attend the University of Oregon in Eugene to pursue psychology and Native American studies. She’d like to enter a career field focused on Native American wellness and mental health, to help a population she says struggles with high suicide rates.

“The individuals are not all from minority backgrounds. Some are caucasion. There are a variety of diverse backgrounds,” Lockard said. “I think it allows them to experience various cultures, and celebrate diversity.”

WHAT: Lewis-Clark State College, the Lewiston Tribune and the Moscow-Pullman Daily News have…