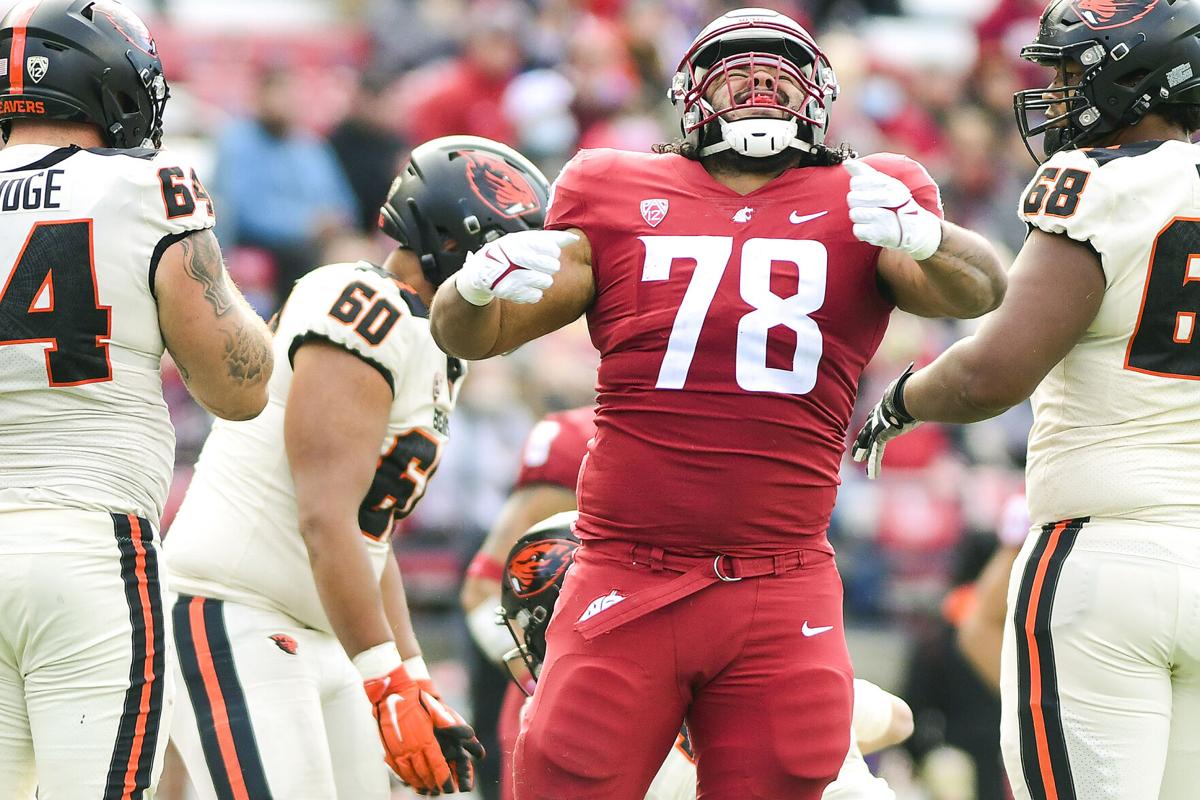 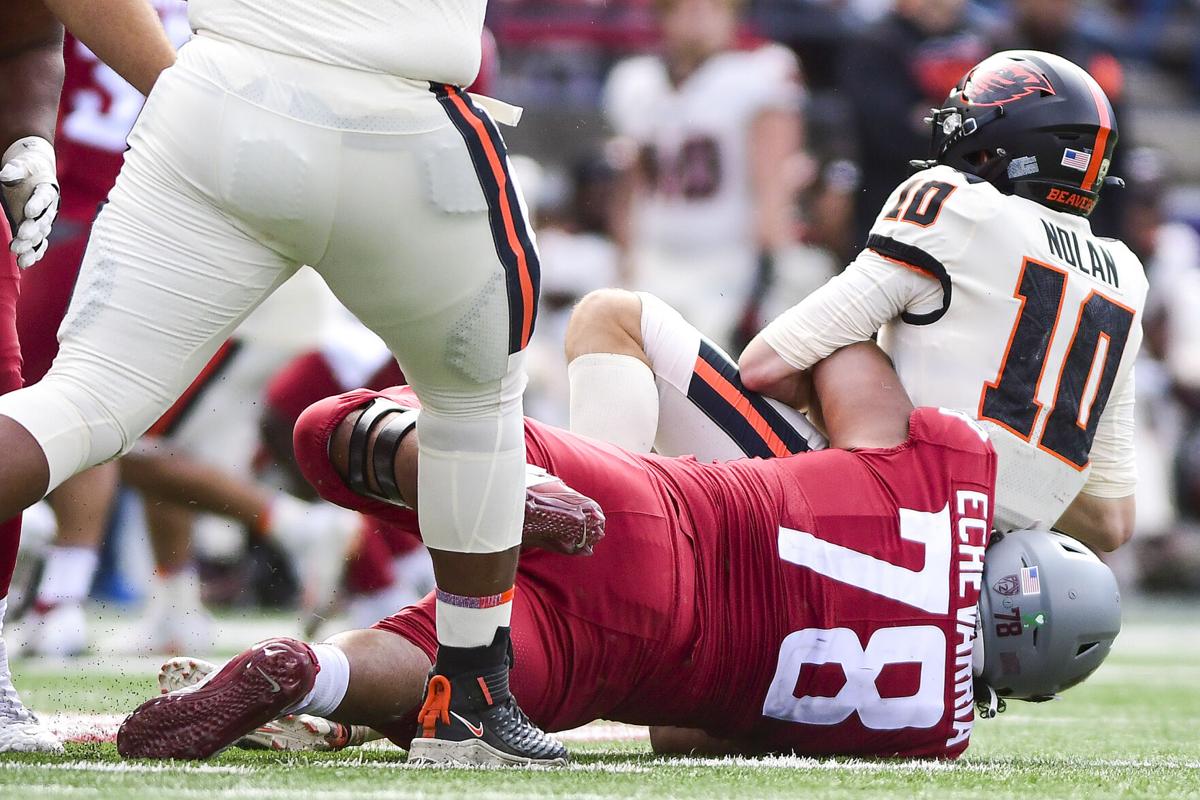 On Washington State’s fifth defensive play of the game, Jesus Echevarria took the Cougars’ home field for the first time this season — and one of the few times anywhere since since 2018.

He immediately tackled Oregon State running back B.J. Baylor a yard shy of a first down, then used his entire wingspan to clap his hands several times in celebration.

The senior defensive tackle with the distinctive nickname smoothly joined the Cougars’ defensive rotation Saturday, bolstering their depth at a critical position as they upset Oregon State 31-24 for their second consecutive Pac-12 win.

The Cougs remain at home to face Stanford for another conference game at 4:30 p.m. Saturday (ESPNU) at Gesa Field. Both teams are 3-3 overall and 2-2 in the Pac-12.

Echevarria has shown flashes of promise since enrolling at Wazzu as a walk-on from Everett, Wash., in 2017 and quickly inspired the “Zeus” moniker, short for the Spanish pronunciation of Jesus.

He’s now on scholarship, but he has battled injuries throughout his career, the latest of which derailed him in preseason camp this year. He saw no action until appearing briefly in a road win against California two games ago, then becoming a regular member of the D-tackle rotation vs. the Beavers.

“I know since we’ve arrived, he’s been an excellent teammate, he’s a hard worker,” second-year WSU coach Nick Rolovich said this week. “He was real productive before getting hurt in training camp. He was someone we were planning on counting on. He attacked rehab the same way, and we knew he was going to add to our defensive tackle play as he got healthier and healthier.”

At 6-foot-2 and 290 pounds, he helped the Cougs cope with OSU’s powerful run game as they decreased their use of a four-edge look that’s been successful against pass-minded teams. In the third quarter he appeared to register a sack of a scrambling Chance Nolan, but the quarterback fell forward for a 1-yard gain.

Again, Echevarria’s brief celebration showed some of the fire that inspired his nickname.

“It was pure,” Rolovich said. “It’s good to see young people who have gone through some adversity and have worked hard for something (see some success). He’s a very unselfish young man and does whatever he can to help this football team.“

After briefly broaching the subject after the Oregon State game, Rolovich this week more explicitly acknowledged that quarterbacks coach Craig Stutzmann has been the Cougars’ primary offensive play-caller the past two games. He’s always been the primary communicator with the offense.

The previous play-caller was offensive coordinator Brian Smith, who watches the action from the press box.

“They’re still working together very much,” Rolovich said. “There’s something about the connection with the quarterback I think that’s important, and (Stutzmann) has got a different flow. He’s done a nice job. The second half (of the OSU game) was really well-called.”

“You’re seeing more and more coordinators are coming to the field,” Rolovich said. “I think they enjoy feeling the energy of the field, the game, the team, what’s going on, instead of just a faraway view of the schematics. I think it’s becoming a bigger part in play-calling, to be honest with you.”

Backup quarterback Jarrett Guarantano looked ready to go, but starter Jayden de Laura played the whole way. Guarantano missed the Cal game after sustaining an injury late in a contest at Utah the previous week, Rolovich said. He didn’t specify when it occurred, but the quarterback took a big hit from Utah star linebacker Devin Lloyd on his final play of the game.