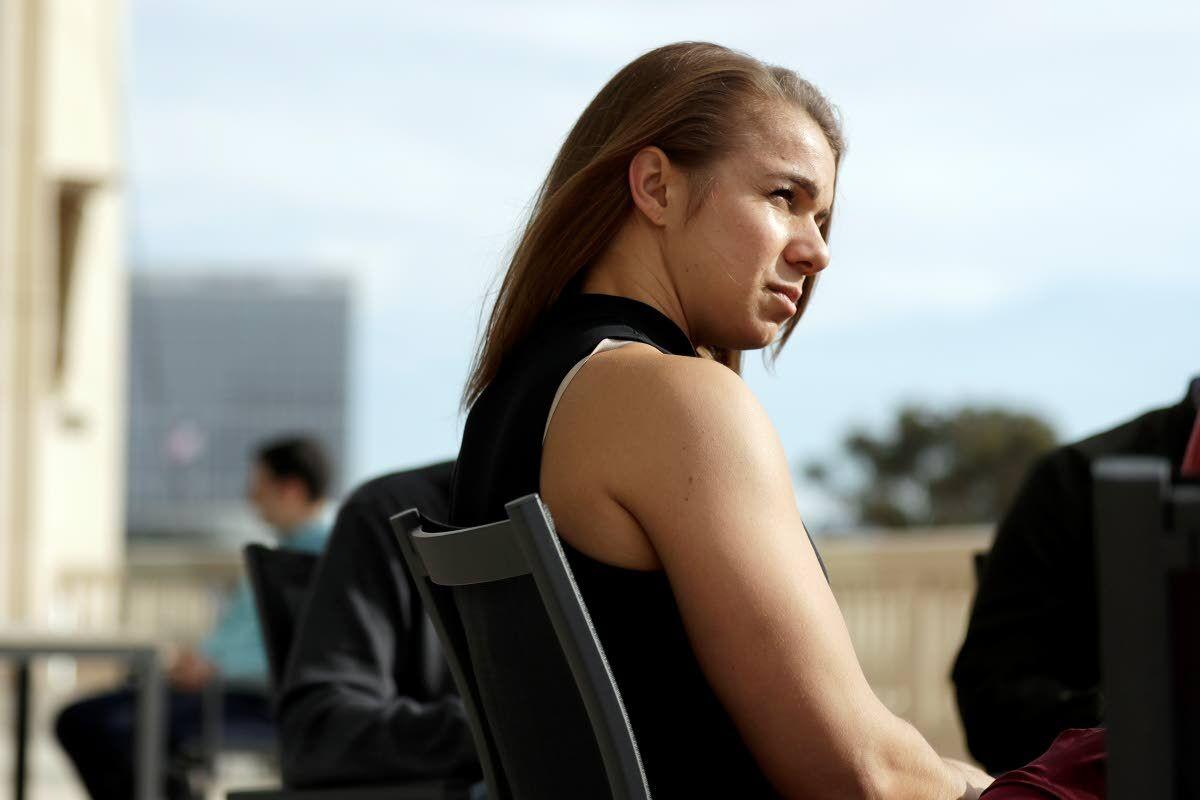 Rachel Balkovec was introduced Wednesday as manager of the Tampa Tarpons, the New York Yankees’ Low Single-A affiliate in the Florida State League. 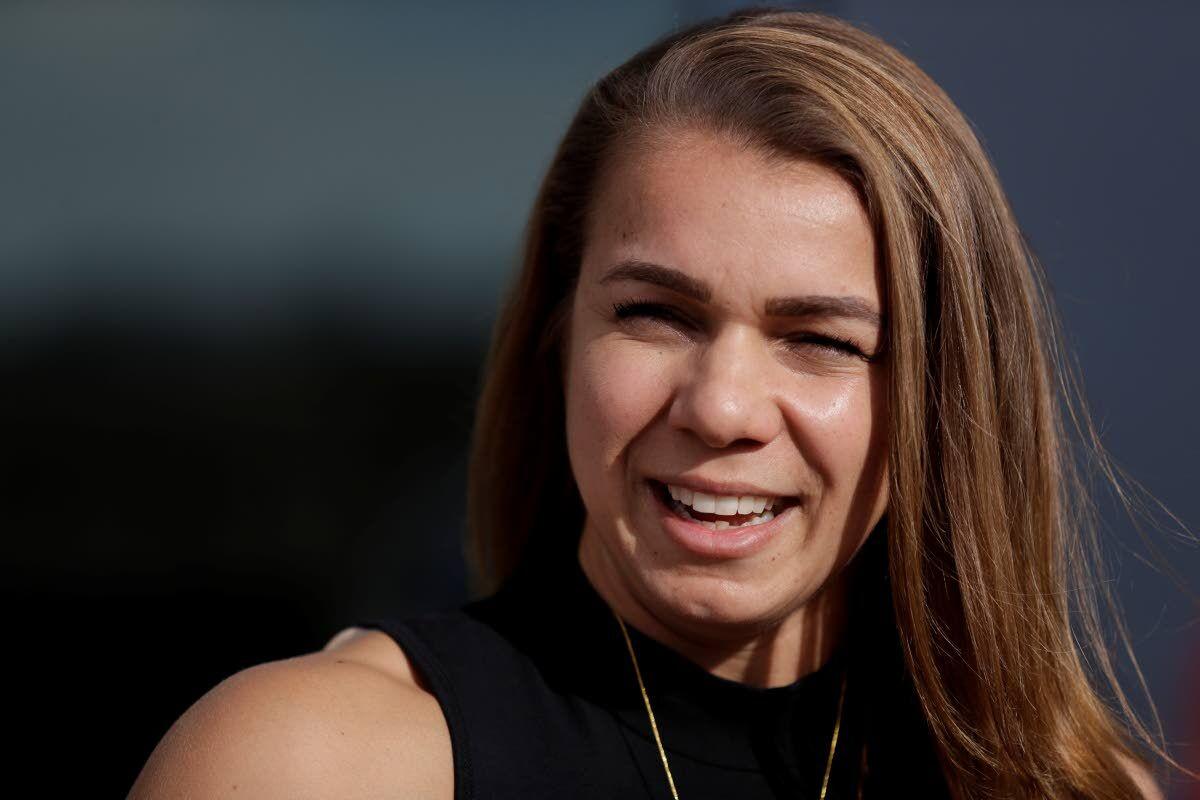 Rachel Balkovec was introduced Wednesday as manager of the Tampa Tarpons, the New York Yankees’ Low Single-A affiliate in the Florida State League.

NEW YORK — Rachel Balkovec is aware of the negativity in her social media feeds and tries to leave it there. Her sisters see it too and can’t help but pass along certain disparaging reactions to her barrier-breaking journey.

“It’s hilarious to me,” Balkovec said. “Because it’s the American dream.”

In the clubhouse? She hasn’t seen any of that toxicity there.

Balkovec was introduced Wednesday as manager of the New York Yankees’ Low Single-A affiliate in the Florida State League. In taking charge of the Tampa Tarpons, Balkovec will become the first female manager in the history of affiliated baseball, an appointment 10 years in the making for the former college softball player.

“If you know my story and you have a pulse, I think it’s pretty hard not to get behind what’s going on here,” she said.

Almost a decade after changing her name on resumes to disguise her gender and break into baseball, the 34-year-old has smashed ­several barriers to get to this point. She was the first woman to serve as a full-time minor league strength and conditioning coach, then the first to be a full-time hitting coach in the minors.

This promotion — a year after former Yankees employee Kim Ng became the majors’ first female general manager with the Miami Marlins — is different. Balkovec will run the clubhouse in Tampa, charged with overseeing the development of future big leaguers for one of the most famous sports franchises in the world.

It’s a trust she’s earned via an unusual route — one that didn’t exist 20 years ago, but not just because of her gender.

A former softball catcher at Creighton and New Mexico, Balkovec has a master’s degree in kinesiology from LSU and another in human movement sciences from Vrije University in the Netherlands. She’s worked in strength and conditioning with the St. Louis Cardinals and Houston Astros since first breaking into pro ball in 2012, and also spent time at Driveline Baseball, a data-driven center that has trained numerous major leaguers. She’s an expert in performance science, precisely the expert teams are coveting.

When the Yankees hired her as a minor league hitting coach in 2019, she was at the forefront among women breaking into uniformed jobs, but she hardly was the only coach without a traditional playing background.

Hitting a 95 mph fastball isn’t the same skill as teaching someone else to, and as teams have shifted their focus in the hiring process to reflect that, it’s created a pathway for women like Balkovec or Alyssa Nakken, part of the San Francisco Giants’ major league coaching staff since 2020.

“There wasn’t a ton of debate as to whether baseball was ready or the world was ready,” said vice president of baseball operations Kevin Reese, who made the decision to promote Balkovec. “We’re trying to find the best people and put them in the best position to have an impact here.”

Reese, introduced under a new title after being promoted from senior director of player development, helped hire Balkovec in 2019 and has been overwhelmingly impressed with her expertise and ability to lead, including with young Latin American players. The Nebraska native taught herself Spanish after becoming Houston’s Latin American strength and conditioning coach in 2016, and some of her most notable work has been with New York’s Spanish-speaking players, including top prospect Jasson Dominguez.

General manager Brian Cashman has had a woman as an assistant general manager since hiring Ng in 1998. When she left in 2001, Jean Afterman was appointed to the role and has been there since. Balkovec has expressed interest in one day working in the front office and potentially becoming a GM herself.

She’s needed it. After serving her temporary role with St. Louis in 2012, she began applying for baseball jobs with what she knew was a rock-solid resume. Yet, only one team responded.

Her point of contact with that team said his bosses wouldn’t let him hire a woman in a strength and conditioning role. Even worse, that person called around to other teams with vacancies, and they all told him the same.

“In that very moment, my level of naivete went from a 10 to a zero,” she said.

One of her sisters suggested changing her name to “Rae Balkovec” on her resume, and the tactic worked to at least get hiring managers on the phone. The Cardinals brought her back as a full-time strength and conditioning coordinator in 2014.

She’s seldom had issues with players related to her gender — “so little it’s hardly worth mentioning,” she said. But being the only woman in that trail-blazing role was lonely.

Now, she thinks there will be 11 women with on-field jobs in affiliated ball next year, and she’s able to compare experiences with them. Tennis great Billie Jean King was among the many who congratulated her on the Tampa job, and she’s developed a network of support that’s reinforced her confidence that she’s ready for the role.

“On behalf of Major League Baseball, I congratulate Rachel on this historic milestone,” commissioner Rob Manfred said. “As manager of the Tampa Tarpons, she will continue to demonstrate her expertise and leadership in the Yankees’ organization. We wish Rachel well in this new capacity and appreciate her mentorship to the growing network of women in baseball operations and player development roles.”

But the job ahead of her is the same as any other skipper — get the most out of the players in her clubhouse.

“My goal is really to know the names of the girlfriends, the dogs, the families of all the players,” she said. “My goal is to develop them as young men and young people who have an immense amount of pressure on them. My goal is to support the coaches that are on the staff.

“We’re going to be talking more nuts and bolts of pitching and hitting with them, and defense. It’s really just to be a supporter, and to facilitate an environment where they can be successful.”