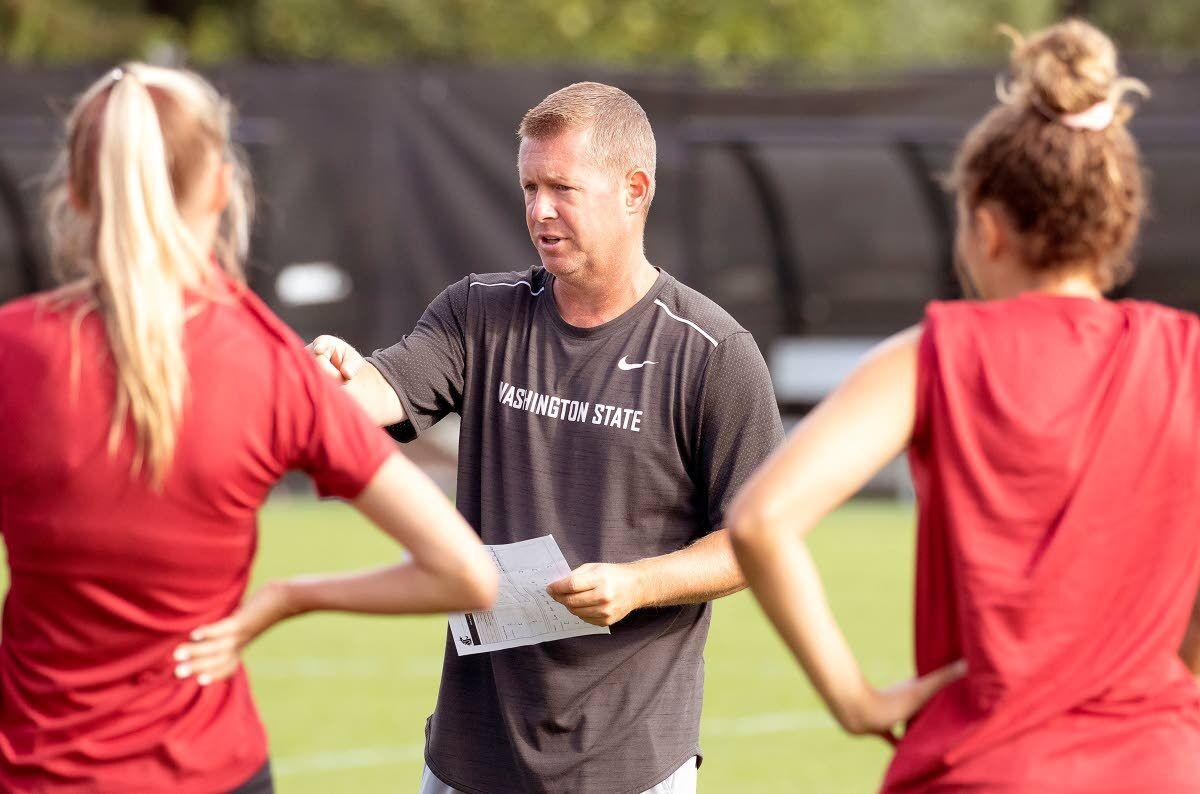 Washington State soccer coach Todd Shulenberger, center, had his contract extended through the 2026 season, it was announced Tuesday. 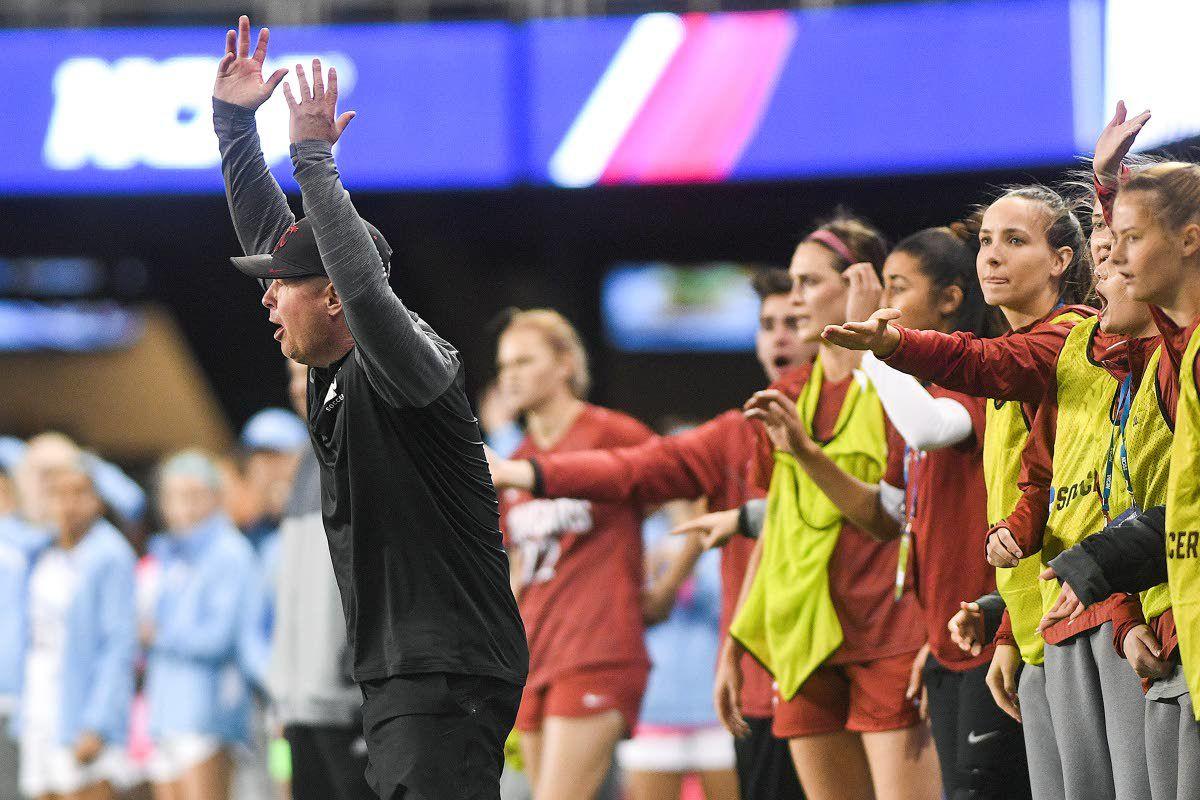 Washington State head coach Todd Shulenberger, left, lobbies to the referee that a foul be called during the second half a Dec. 6, 2019, NCAA Women’s College Cup semifinal-round game against North Carolina in San Jose, Calif. Shulenberger’s contract was extended Tuesday through the 2026 season.

Washington State soccer coach Todd Shulenberger, center, had his contract extended through the 2026 season, it was announced Tuesday.

Washington State head coach Todd Shulenberger, left, lobbies to the referee that a foul be called during the second half a Dec. 6, 2019, NCAA Women’s College Cup semifinal-round game against North Carolina in San Jose, Calif. Shulenberger’s contract was extended Tuesday through the 2026 season.

Washington State announced a contract extension Tuesday for soccer coach Todd Shulenberger, with the deal running through the 2026 season. Financial terms of the deal were not disclosed.

“Coach Shulenberger has established one of the best soccer programs in the nation,” Chun said in a news release. “His teams are filled with extraordinarily talented student-athletes who lead, win and compete at the highest levels. He’s simply one of the best coaches in the country and we are fortunate to have him leading our program for many years to come.”

Of course, the biggest shoes Chun now must fill are the spot of football coach. Former coach Nick Rolovich, who was hired by the school in January 2020 after Mike Leach left to go to Mississippi State, was fired Oct. 18 for not following Gov. Jay Inslee’s guidance to take the COVID-19 vaccine. The school is conducting a nationwide search to fill that spot.

Shulenberger, who just led the Cougars to another appearance in the NCAA tournament, is 82-42-15 in his seven years on the Palouse. Washington State has made five national tourney appearances in his time at the school, including an improbable run to the 2019 College Cup national semifinal round in which the Cougars won three consecutive road matches.

This season, Washington State finished 14-3-4 overall and was 7-1-3 in the Pac-12 Conference, good enough for third place. The 13 wins the Cougars earned during the regular season were the second-most in program history, and the .773 winning percentage in conference play was the best ever.

“I would like to thank President (Kirk) Schulz, Pat Chun and (deputy director of athletics/SWA) Anne McCoy for their continued support of our program,” Shulenberger said. “The program continues to excel both in the classroom and on the field. Our goals each season are to compete at the top of the Pac-12 Conference and nationally, and we will continue pushing forward to achieve those.”

Five times Washington State has won 10 or more games under Shulenberger. Five former players currently are playing in the National Women’s Soccer League. Two players — one former (Morgan Weaver) and one who committed but never played (Trinity Rodman) — were taken No. 2 overall in the past two NWSL drafts. A sixth player, Brianna Alger, was selected by the Chicago Red Stars in 2021 but chose to return to school.

Shulenberger is the seventh coach in the school’s history. Previously, the 1994 Robert Morris graduate was an assistant at Texas Tech, Missouri and Clemson.