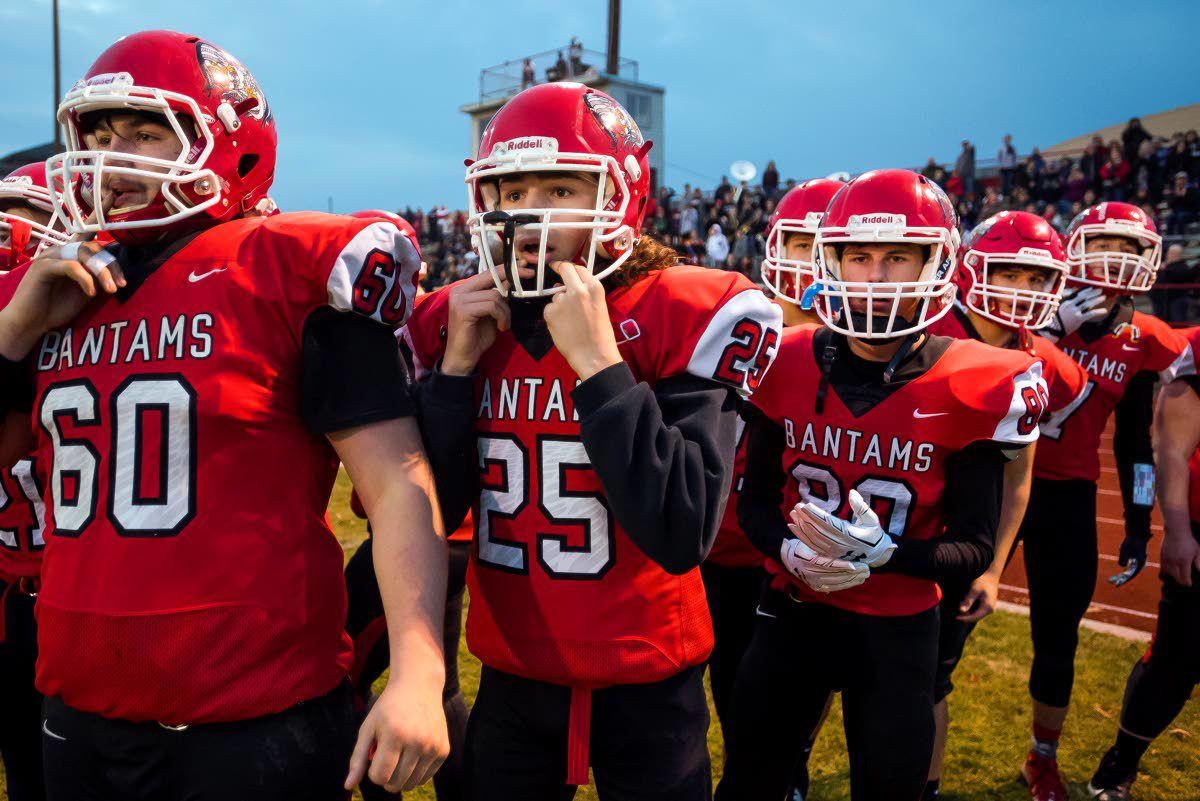 Tribune/Rebecca NobleClarkston players react to a call by the officiating crew in the final minute of Saturday’s game against Washougal. 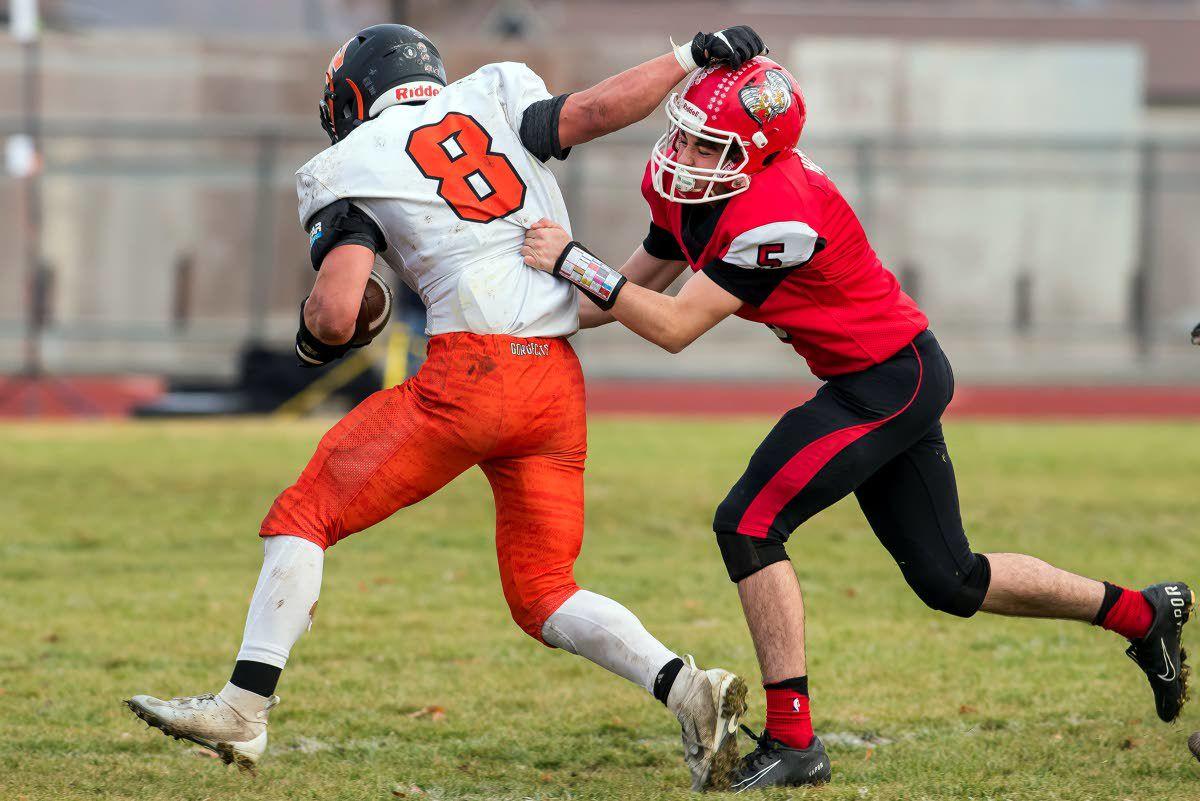 Clarkston's Cameron Hovden (5) gets hands on Washougal's Peter Boylan (8) during Clarkston's 14-13 loss to Washougal in the first round of the WIAA State Playoffs at Clarkston High School on Saturday in Clarkston.

Tribune/Rebecca NobleClarkston players react to a call by the officiating crew in the final minute of Saturday’s game against Washougal.

Clarkston's Cameron Hovden (5) gets hands on Washougal's Peter Boylan (8) during Clarkston's 14-13 loss to Washougal in the first round of the WIAA State Playoffs at Clarkston High School on Saturday in Clarkston.

Washougal running back Brevan Bea paused for a few seconds on his way to the end zone -- along with every other player on the field -- after a whistle seemingly blew mid-play.

But the play was in fact still live, something Bea realized in time to dive into the end zone for a two-yard score that tied the game with just under a minute left and set up a game-winning extra point that booted Clarkston out of the Washington Class 2A state playoffs, 14-13, on Saturday at Adams Field.

“The whistle? I’m sure their coach is probably fired up about it,” Washougal coach Dave Hajek said. “Our kids, their kids, everyone stood up and looked around.”

So Hajek yelled at Bea to run, which he did, colliding with several Bantams, who looked stunned that the play was still live.

“They blow the whistle, both teams stop. I don’t know why they didn’t do anything about it,” said Clarkston coach Brycen Bye, who thought the down should have been replayed.

“Even though the rules are what they are, if both teams stop, there’s something obvious happening there.”

Washougal’s Theodosy Berry grabbed an interception around midfield with 21 seconds left to seal the game for the Panthers, who had rallied from a 13-0 halftime deficit.

Helping make possible that rally, the Bantams threw a red-zone interception on their first possession and later missed a 26-yard field goal and an extra point.

“That’s something we struggled at this year,” Hajek said of his own team's extra points. “Early on, we couldn’t hit extra points. So if you look at our stats, we’re lucky to go 50 percent.

“Last week, we hit all three and today we hit both -- and if you saw, right before our extra point, two of our players went over to the kicker and said, ‘Hey, you can do it, you can do it.’”

But “as soon as they hiked the ball, everything felt like slow motion,” Boylan said. “And as soon as I kicked it, I knew it was in.”

Clarkston finished with a 9-2 record after getting bounced in the opening round for the ninth time in as many trips. Clarkston’s last win at State came in 1989.

“I told (our players) not to let this diminish their season,” Bye said. “It’s been five years since we’ve been to State.

“We had a chance to win this one and we’re not moving on, but a week from now, you take it as a whole, they’ve got a lot of things to be proud of.”