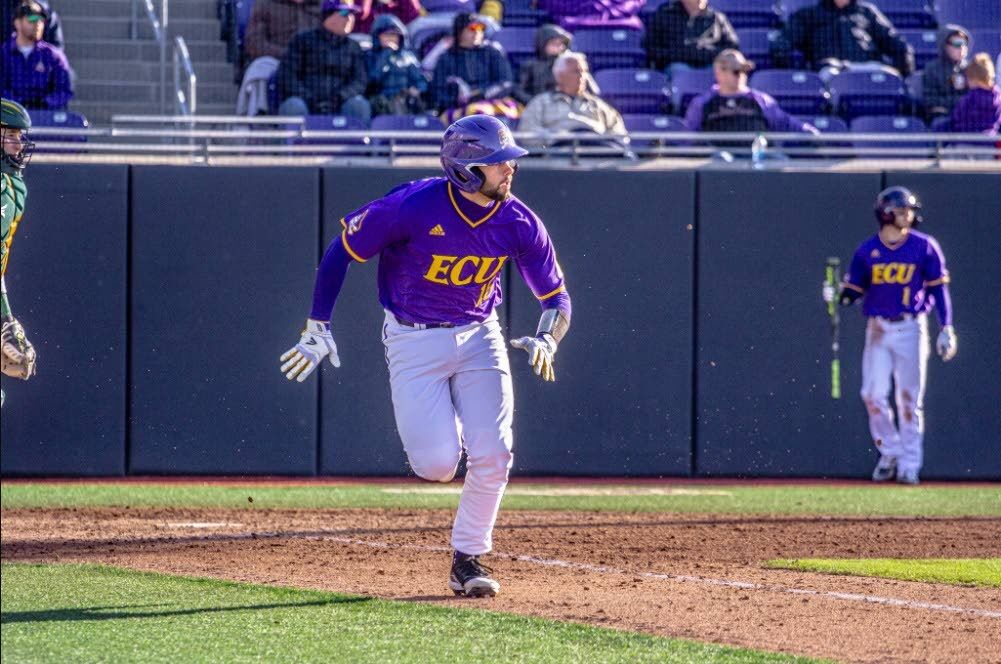 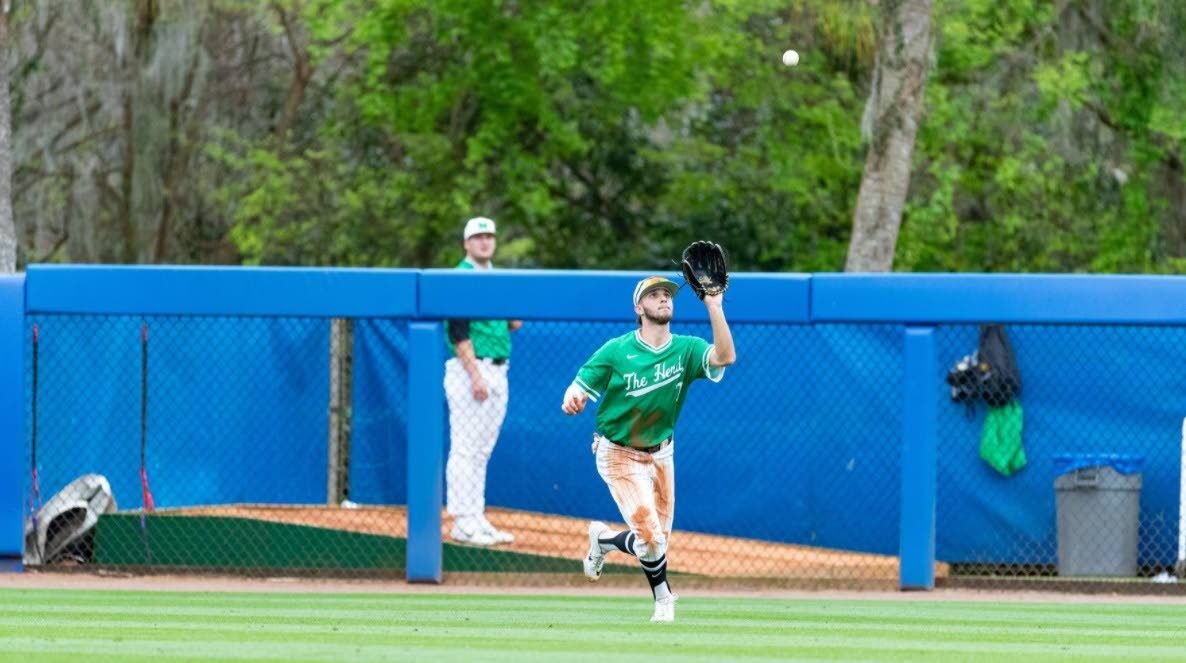 Leading up to next season, there’ll be much to unravel in terms of the Lewis-Clark State baseball depth chart.

Because the coronavirus pandemic abbreviated spring sports seasons, college players were able to retain a year of eligibility. It means there’ll be more bodies vying for time at Harris Field than in any typical year.

But the more talent, the better for L-C, which hit a stride this spring, and hopes to carry that momentum ahead to 2021 — when the Warriors will aim for national title No. 20.

“We had our entire senior group come back, minus two players, and we still ended up landing 18 incomers,” Taylor said. “Bottom line, it turns into healthy competition. It doesn’t matter on the mound or with position players — with L-C baseball, you gotta get it done in the community, classroom, and ultimately on the field. I’m really excited about this group; there’s experience, depth, speed and talent offensively.

“We’ll have some redshirts in there, but there are a lot of real quality student-athletes. They’re gonna compete for roles all around the field.”

Of the impressive bundle of newcomers, 10 are pitchers — the only two Warriors to depart the program after the 2020 season were such.

LCSC’s arms, after a relatively slow start to their spring campaign, began to prosper with more time, and as their rotation and back-end order got sorted out.

“I like us on the mound,” Taylor said. “We’re stocked up on high-end arms, and have a great mix of left- and right-handed pitching.

“I like us out of the bullpen, and we’ll have quite a few guys competing for starting roles.”

Two of them, right-handers Trent Sellers and Tallon Thomason, have Division I innings under their belts.

Sellers, from Kennewick, Wash., fanned 13 in 15 innings as a freshman at Washington State in 2019 before a year at Columbia Basin College, where he struck out 19 in 13 innings as a starter.

“He’ll have a chance to step in and compete for innings,” Taylor said.

Thomason, a Las Vegas native, pitched for two seasons at UNLV, forming a connection with expected Warrior ace Sage Diehm, who’ll return healthy this year after missing each of LCSC’s 20 games in the spring.

“(Thomason) has a chance to pitch late in ballgames; he had some experience in a closer role in junior college,” Taylor said of the former South Mountain Community College (Phoenix) and Fresno City College standout, who in two years struck out 11 in 13 innings, walking nine and permitting 23 hits. “We’ll expect some big things.”

Shubert, from Eagle, Idaho, “has some electric stuff,” Taylor noted. In 28 innings worked, he punched out 30 against 32 hits and 15 walks.

Whelan — a 6-1, 205-pounder from Spokane’s Mead High School — exhibited solid command of his fastball and upside on his slider out of the Sasquatch’s bullpen last year, whiffing 12 in just five innings, conceding one run.

“He’s put up some great numbers in the NWAC,” Taylor said.

“We obviously haven’t seen them yet (in-person), but he and (Susee) look big and lanky, with long arms and great whip,” Taylor said of the two, anticipated to get crack at the rotation.

Takalo, who prepped at Knappa (Ore.) High School, was teammates with LCSC pitcher Brooks Juhasz at Blue Mountain. He tossed 34 innings in two seasons, striking out 27 against 12 walks, and posted a 3.78 ERA last year.

The Warriors were made aware of Ball by former LCSC boss Jeremiah Robbins — the coach at Umpqua Community College in Oregon — who spotted the 6-1, 200-pounder during a scrimmage.

“He said (Ball) could really spin it,” Taylor said of the Beaverton, Ore., native, who struck out 27 and registered a 2.53 ERA in 21 innings of work across two seasons.

Gregory can play both ways, as a reliever and infielder — a 6-2, 205-pound first baseman, in particular. He went 10-for-25 at the plate last year with Clark, belting two homers and striking out four against one hit in two innings against Shoreline.

Rounding out the class of incoming arms is the lone high schooler, Priest River lefty Jantzen Lucas, who’d impressed LCSC’s staff with his breaking ball during a tryout last year.

“He can turn into something really special going forward,” Taylor said.

The Warriors added a veteran catcher, Matt James, who was a former teammate of LCSC slugger Luke White at Yakima Valley College two years ago. The 6-foot, 205-pounder from Ferndale, Wash., appeared in eight games at D-I East Carolina in 2020, batting .250 with a home run. James recorded a .356 average with a league-high 12 dingers and 51 RBI as the NWAC’s East MVP in 2019.

“He’s displayed great leadership, a great work ethic and you can tell he’s respected by his teammates,” Taylor said.

Asotin High School grad Josh Wilkinson will join the fold as a catcher too. He batted .297 as a senior, state-champion Panther in 2019, and had a career on-base percentage of .419.

The Warriors reeled in six other position players to add to their versatile defense and an already potent offense that was surging when L-C’s season was scrapped in March. Leaping off the page first and foremost is Marshall transfer Sam Linscott, a 6-3, 195-pound outfielder from Marysville, Wash., who’ll “have a chance to step in and make a real big impact,” Taylor said.

“We’re excited to see him compete. He looks pretty athletic.”

Linscott, who previously spent two years at Everett CC, batted .250 with three doubles and a triple, and logged a team-best 32 putouts for the Thundering Herd. LCSC had attempted to recruit him out of junior college.

Three-sport Coeur d’Alene standout Devon Johnson is an “elite athlete” with next-level speed who LCSC will look to develop quickly throughout the fall and winter.

“He can really run it down, and he has a great arm from the outfield,” Taylor said of the 6-1, 190-pound All-Inland Empire League pick.

Infielder Isaiah Parra was among California’s best high school shortstops in 2017, coming out of Cypress. The well-rounded 5-10, 190-pounder hit .211 in 17 games as a freshman at San Diego State before packing up for Lewiston. Parra was part of the LCSC program last year, but spent the spring helping out with family at home.

“He’s a great team-guy, great energy,” Taylor said. “He’ll bounce around the infield a bit. We’re wondering (which position), but he can really hit. If he’s hitting, it’ll be tough to keep him out of the lineup.”

Another possible plug-and-play type of athlete is Justin Williamson, an Arizonan who originally signed with D-I Grand Canyon in 2019. Williamson, who checks in at 6-2 and 180 pounds, “gives us more versatility,” Taylor said.

“He’s a great athlete, can play infield and outfield. He had a banged-up arm, so we haven’t seen him throw yet. But he’s a really good pick-up.”

Recent high school graduates Ethan Rhoads — a shortstop from Kennedy Catholic near Seattle — and Las Vegas Liberty High School graduate Ky Yamamoto most likely will go through the growth process, what with so much returning.

“They’ve got quick feet, can move well around the diamond,” Taylor said. “The freshmen we had last year are all freshmen again eligibility-wise. It’s a real strong freshmen group that we can develop.”

Taylor said fall camp will be comprised of daily team scrimmages. The student-athletes had been directing exercises most of the offseason.

LCSC is in the early stages of renovating its outfield fence. The previous one has been completely dismantled, and will be replaced with a wall about 2 to 4 feet taller in areas, featuring a sturdier plastic material.