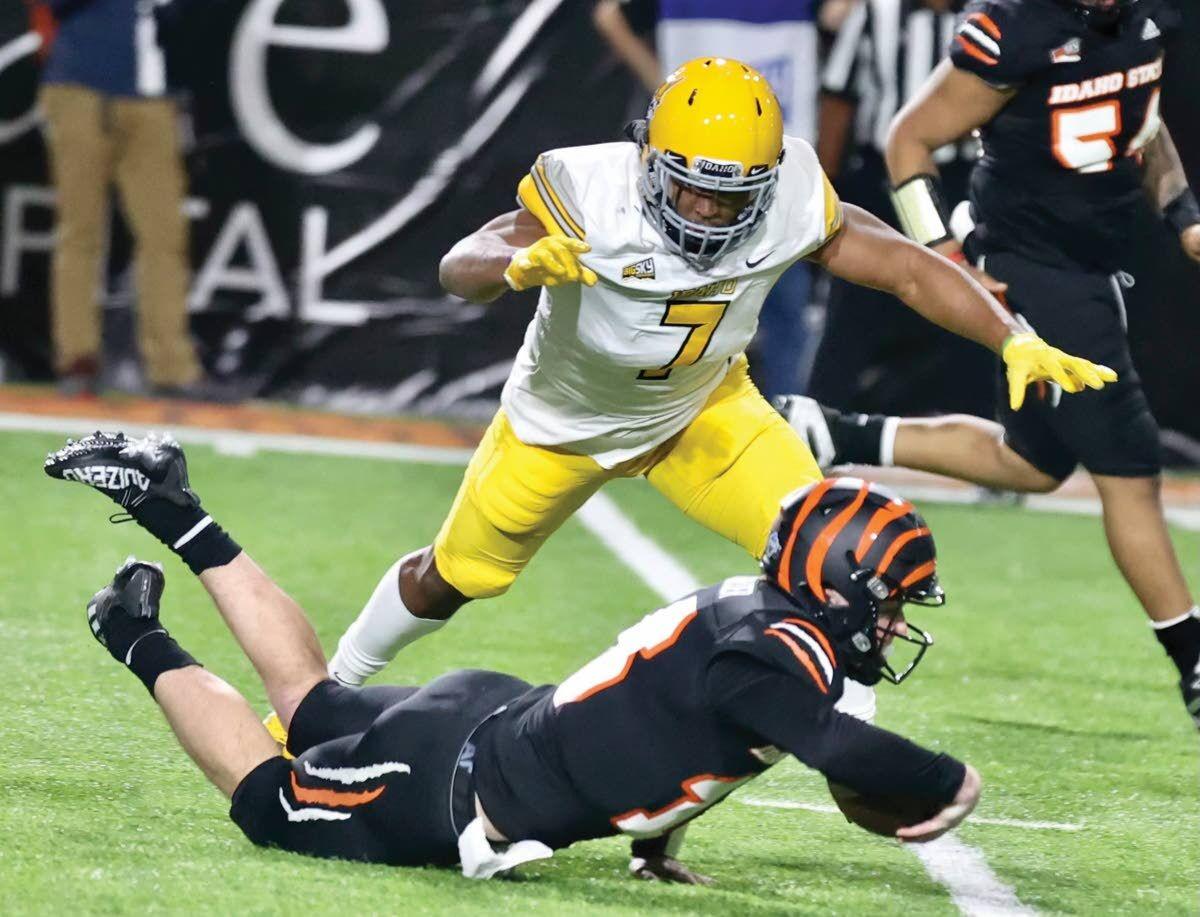 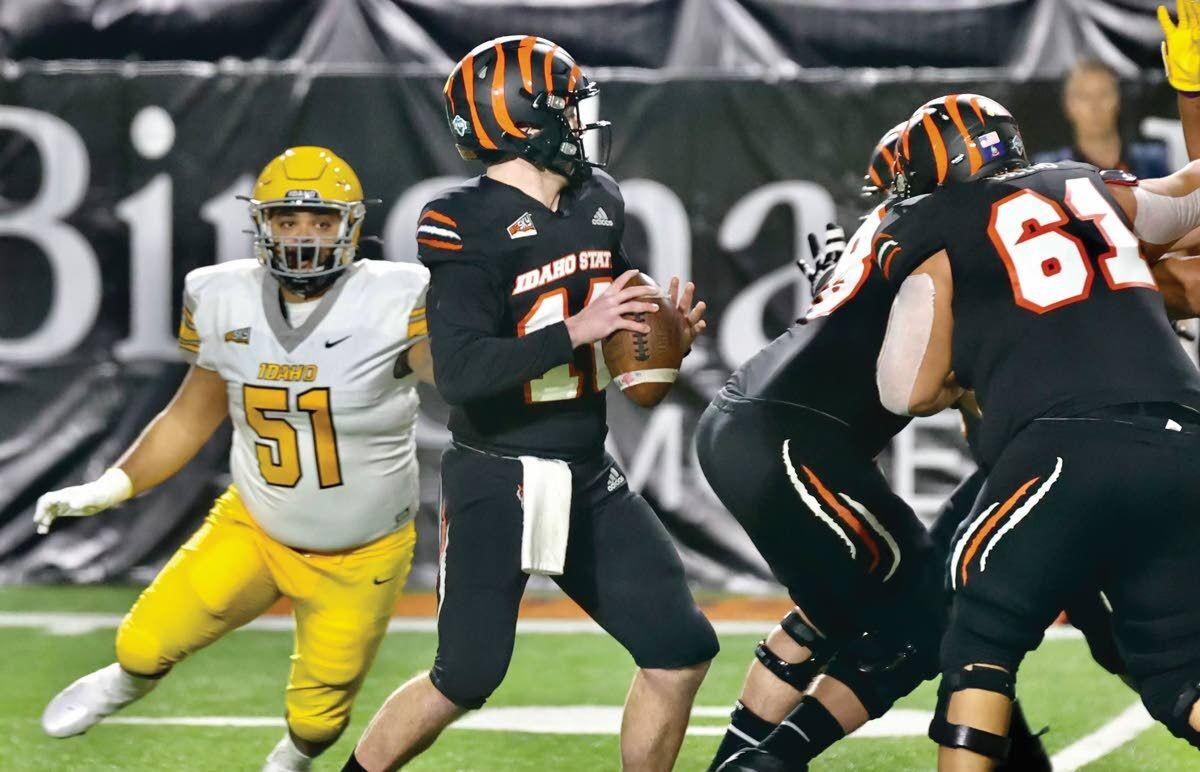 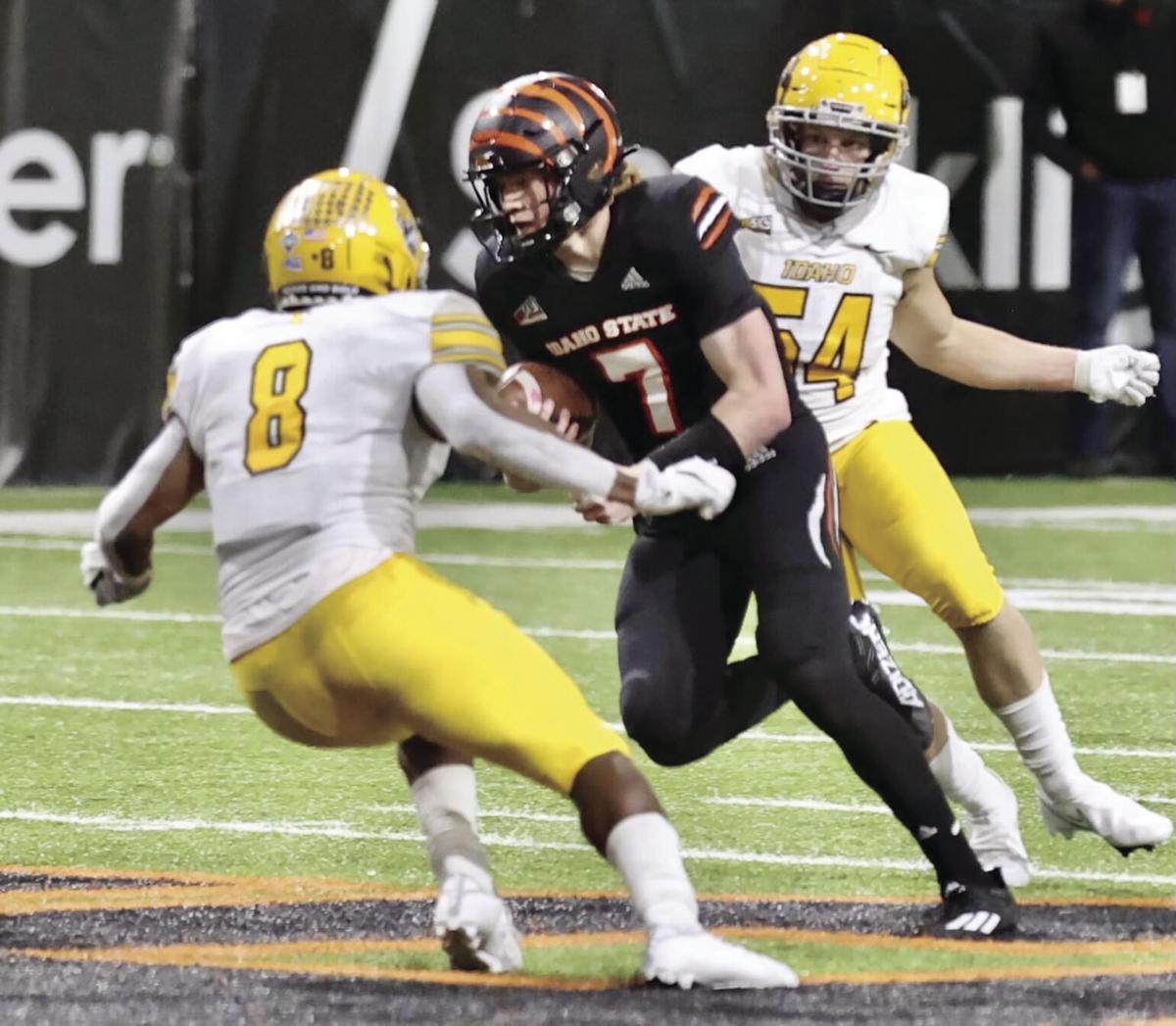 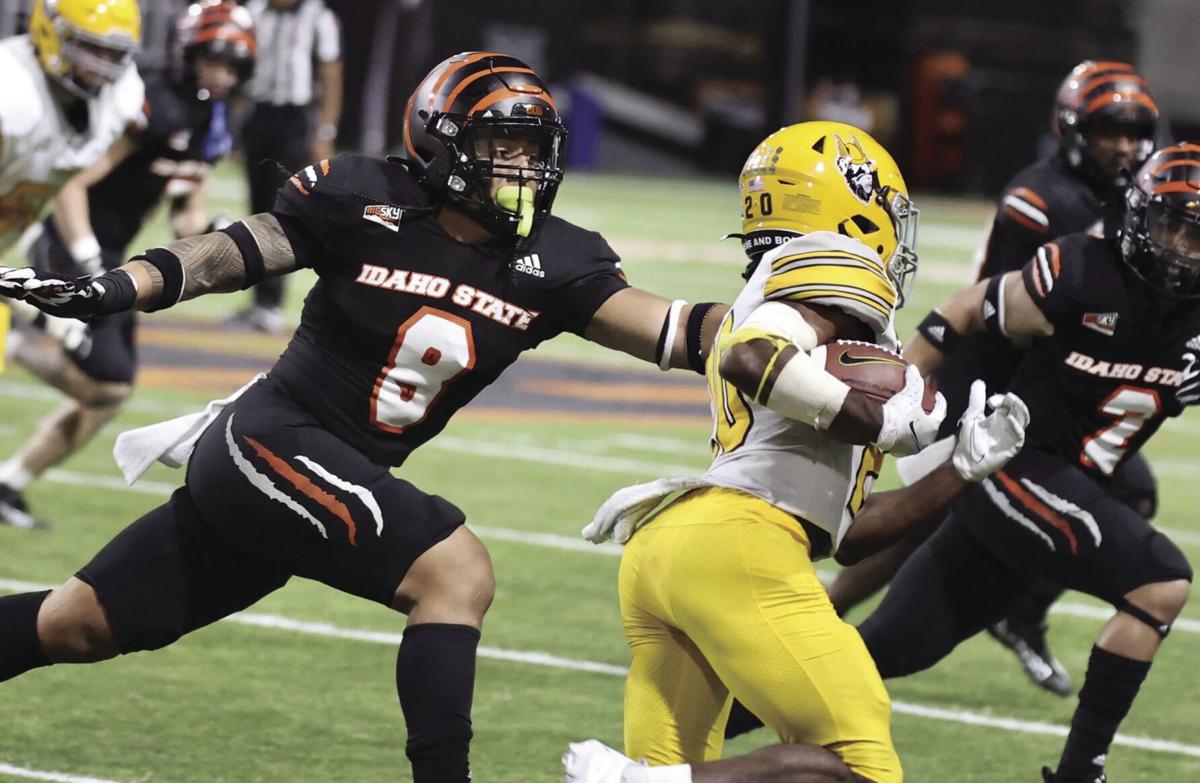 As soon as the clock read zeroes, several Vandal football players hoisted UI coach Paul Petrino on their shoulders and made their way to midfield to accept the Battle of the Domes trophy and celebrate their rivalry victory against Idaho State.

For Petrino and UI’s seniors, especially, the hugs, photos and laughs meant a little more than usual.

Two days after learning Petrino would be coaching in his final game as a Vandal, his players sent him off with a 14-0 shutout victory against the Bengals at Holt Arena in Pocatello.

After Petrino and ISU coach Rob Phenicie shook hands at midfield, each coach left the field for the final time with his respective program — a huge anomaly in college football. Petrino on Thursday learned he’d been fired after nine years at Idaho, compiling a 34-66 record. Phenicie learned just hours before kickoff he too had been canned after five years and a 16-35 record at ISU.

But forPetrino and the Vandals, they got to go out as winners.

Idaho earned its first shutout since 1997 with a dominating performance by a senior-heavy defense. The Vandals (4-7, 3-5 Big Sky) compiled eight sacks, eight pass breakups, 11 total tackles for loss and held the Bengals (1-10, 1-7) to negative rushing yards in the first half.

The catalyst was none other than star edge rusher Charles Akanno, who racked up four sacks, forced two fumbles, recovered a fumble, broke up two passes and tallied seven tackles in a masterful finale to his already storied career.

“We all wanted to win,” said Akanno, who finished his senior season with 11 sacks and 19 tackles for loss. “We all knew it was our last game, all our seniors, they stepped up and made big plays. … It was just a lot of energy flowing through our whole team and it helped us make a lot of plays.”

Idaho opened with the ball and drove 72 yards on eight plays on its first drive with a mix of quick passes by quarterback Zach Borisch and run plays by Roshaun Johnson and Eli Cummings. Backup fullback Trase Le Texier rumbled in from a yard out to cap the drive with his first touchdown of the season.

UI’s ensuing defensive stand was the Noah Elliss show. The big junior defensive tackle stuffed a pair of run plays, then deflected a pass to force a three-and-out.

The tone was set.

Idaho’s defense dominated the line of scrimmage and its offense ate up the clock with a run-heavy option style.

The Vandals scored their second and final touchdown on a 3-yard run by Borisch with about a minute to go before the second quarter for a 14-point lead they held the rest of the way.

By the end, the Bengals actually out-gained Idaho in total offense, 246-218, but they couldn’t turn their drives into points.

UI cornerback Jalen Hoover got a mitt on David Allish’s field-goal attempt late in the second quarter and the ISU kicker missed a 34-yarder in the fourth.

Akanno garnered one of his two strip sacks on ISU’s only other trip to the red zone and fellow senior Jonah Kim was the beneficiary of the fumble recovery.

It was a memorable game for UI’s departing defensive players. In addition to Akanno, Kim and Hoover’s big plays, senior safety Tyrese Dedmon had two pass breakups and a tackle for loss and defensive linemen Cameron Townsend and Kayode Rufai each tallied sacks.

Borisch, who started the season as the third-string quarterback, paced the Vandal offense with a team-high 64 rushing yards and 88 passing yards. He finished the season with a team-best 502 yards on the ground.

The fourth-year sophomore said it felt good to send Petrino and the seniors out with a victory.

“This coaching staff, you can say what you want about them, but they do give their everything,” Borisch said. “So to send them out on a win means a lot. Coach P deserves that, to go out on a win.”

After the game, the Vandals sang the Idaho fight song with the spattering of Vandal fans in attendance. Many players lingered on the field to take photos alongside their teammates with the traveling trophy and “Battle of the Domes” banner they are bringing back to Moscow.

“Whether it’s by an inch or a mile, a win’s a win, so everyone was just super excited and were happy to send those seniors off the right way.”

Idaho drove 72 yards on eight plays capped with a 1-yard touchdown run by LeTexier to open the game. After the ensuing kickoff, the Vandals forced an Idaho State three-and-out deep in its own territory. Elliss was in on all three plays with two tackles on short Bengals’ runs and a pass deflection on third down.

UI’s first offensive drive and first defensive stand set the stage for the rest of the game.