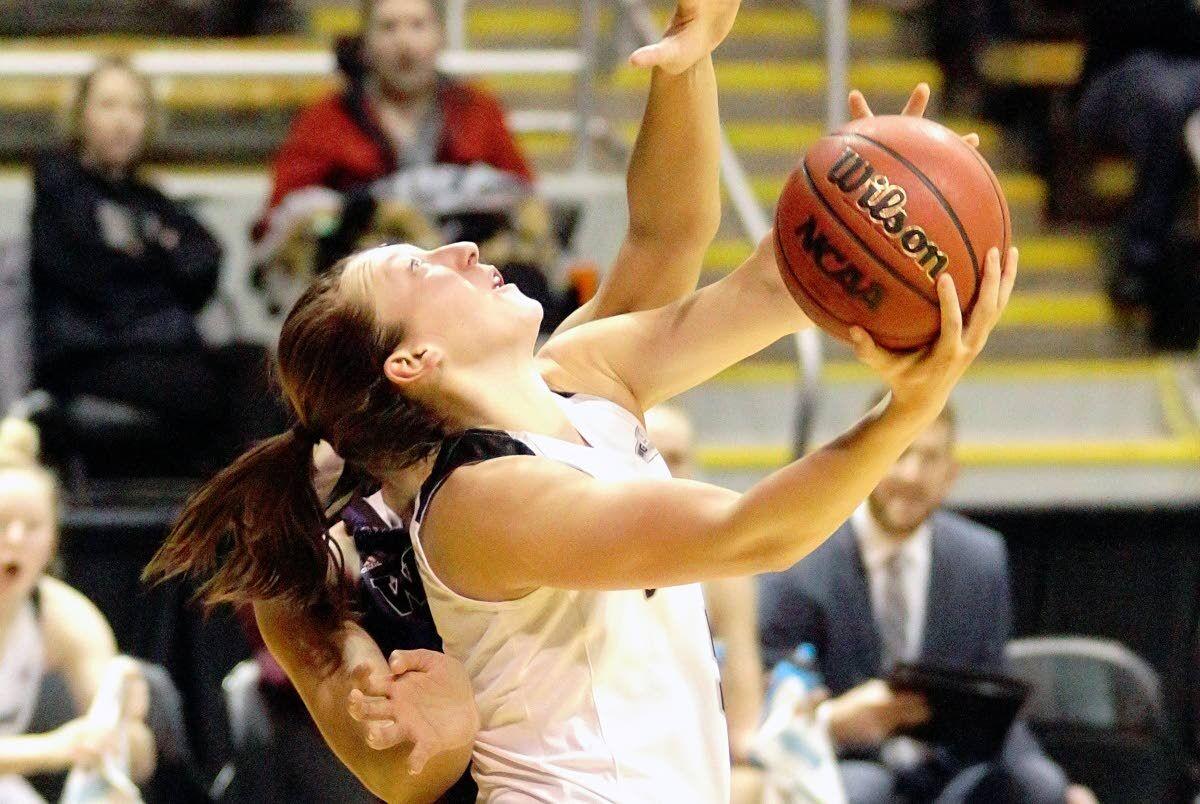 Idaho’s Beyonce Bea averaged 12.6 points per game in helping the Vandals finish 22-9 and one game short of the NCAA tournament in 2019-20.

Idaho’s Beyonce Bea averaged 12.6 points per game in helping the Vandals finish 22-9 and one game short of the NCAA tournament in 2019-20.

MOSCOW — Looking at his current roster, Idaho women’s basketball coach Jon Newlee is reminded of a historic Vandal team of recent past.

The previous time Newlee returned four players with double-digit starts, his 2015-16 Vandals put together a 24-win season and rode their success all the way to the NCAA tournament.

This year’s Vandals also return four starters and should be deeper than last season’s team that went 22-9 and was one win away from the Big Sky Conference title and a trip to the Big Dance before the season was canceled because of the coronavirus pandemic.

The Vandals are set to open at 6 p.m. Thursday when they play host to Sacramento State at Memorial Gym. The game marks the latest start to a season for the Vandals since beginning the 1992 season on Dec. 4. Fans aren’t allowed at games this season.

“It’s a different year and you’ve got to be flexible and you gotta be ready to play when it’s time to play,” Newlee said.

“I think depth definitely is better than it’s ever been, potentially, right now,” Newlee said. “We haven’t played any games, but to me it really rivals the depth that we had when we won the Big Sky (in 2016).”

“I think this team really reminds me a lot of that group,” Newlee said, “which is exciting for me ’cause that’s probably the best team we’ve ever had here.”

After twice having a season axed or delayed because of COVID-19, the Vandals are eager to get started. UI was set to open last week, but its first two games against Lewis-Clark State (Nov. 25) and Oregon State (Sunday) were canned because of “limited roster numbers in conjunction with COVID-19 testing protocols,” according to a UI spokesperson.

It was deja vu from how UI’s season ended in the spring in heartbreaking fashion. The Vandals were riding a seven-game winning streak and were set to play Montana State in the conference championship game when it was abruptly canceled.

“The way last season ended was definitely heartbreaking, and I know it still hurts a little bit to think about, but we’ve moved on from that and I think we’re using that feeling ... as fuel for this year,” said Marxen, an all-conference junior point guard and UI’s leading returning scorer at 13.3 points per game. “We’re just carrying that confidence into this season.”

Idaho’s opponents might have trouble deciding who to attack offensively and who to focus on defensively between UI’s plethora of weapons.

Marxen is a savvy defender, steady distributor (4.5 assists per game) and reliable shooter (league-best 89 3-pointers made). Bea, a sophomore, can play post or guard and averaged 12.6 points as a freshman. Klinker, a senior post, notched 7.5 rebounds in just 20 minutes per game.

The addition of Harrington should help fill the void left by Lizzy Klinker, Natalie Klinker’s sister. Harrington averaged 13.1 points and 7.1 rebounds her sophomore season — her best year with the Grizzlies. Newlee said Harrington’s intensity and physicality are akin to Lizzy Klinker.

“I think she had some handcuffs on her at Montana, and those handcuffs are coming off,” Newlee said. “She’s a physical defender, and that’s one thing I thought we’d be missing with Lizzy graduating, and to see Gabi kind of stepping into that role has been really great for us.”

“All of them are threats offensively, defensively, and I feel like they fit very well into our system,” Marxen said. “Just the effort and the confidence there — I’m really excited to see how that shows up on the court.”

The added depth should help UI pick up where it left off as the league’s best defensive team. Idaho held opponents to 58.8 points per game last season.

“I think we have the potential to be that same kind of defensive group that we were last year,” Newlee said.