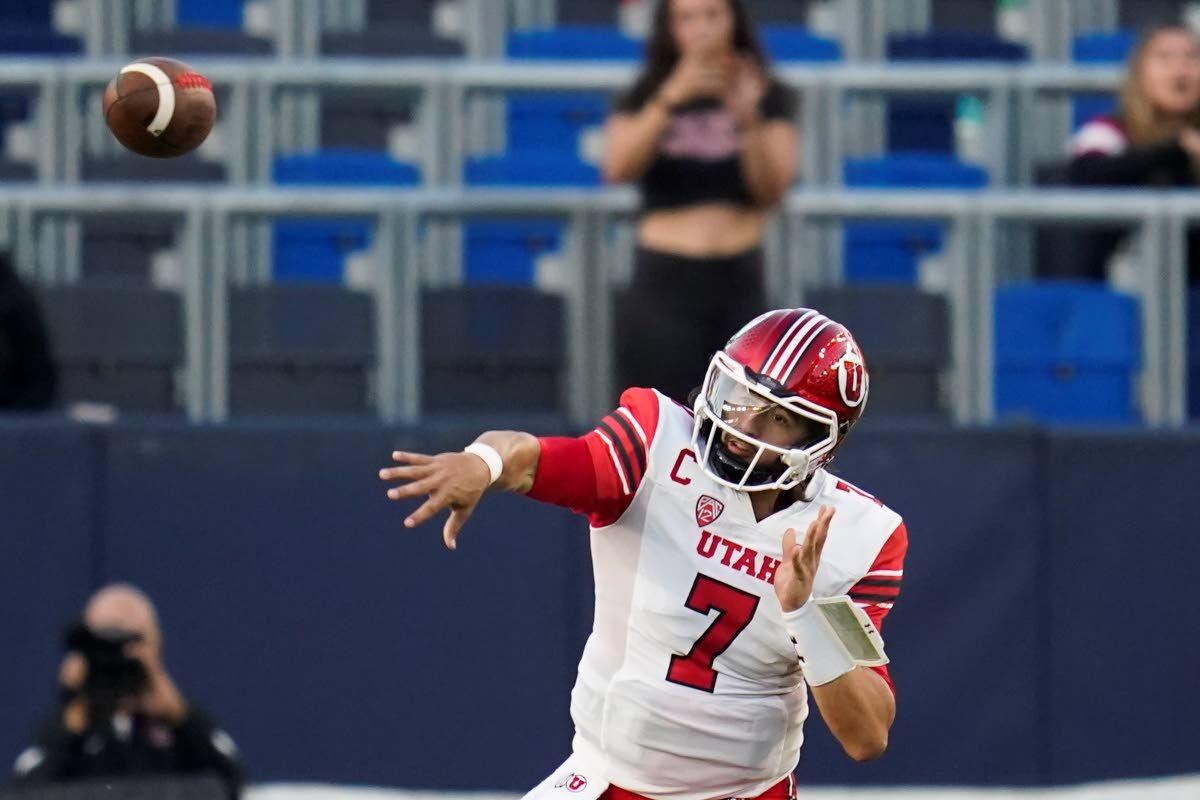 Utah quarterback Cameron Rising, who was offered a scholarship by Washington State in 2015, throws a pass during the second half of Saturday’s game against San Diego State. 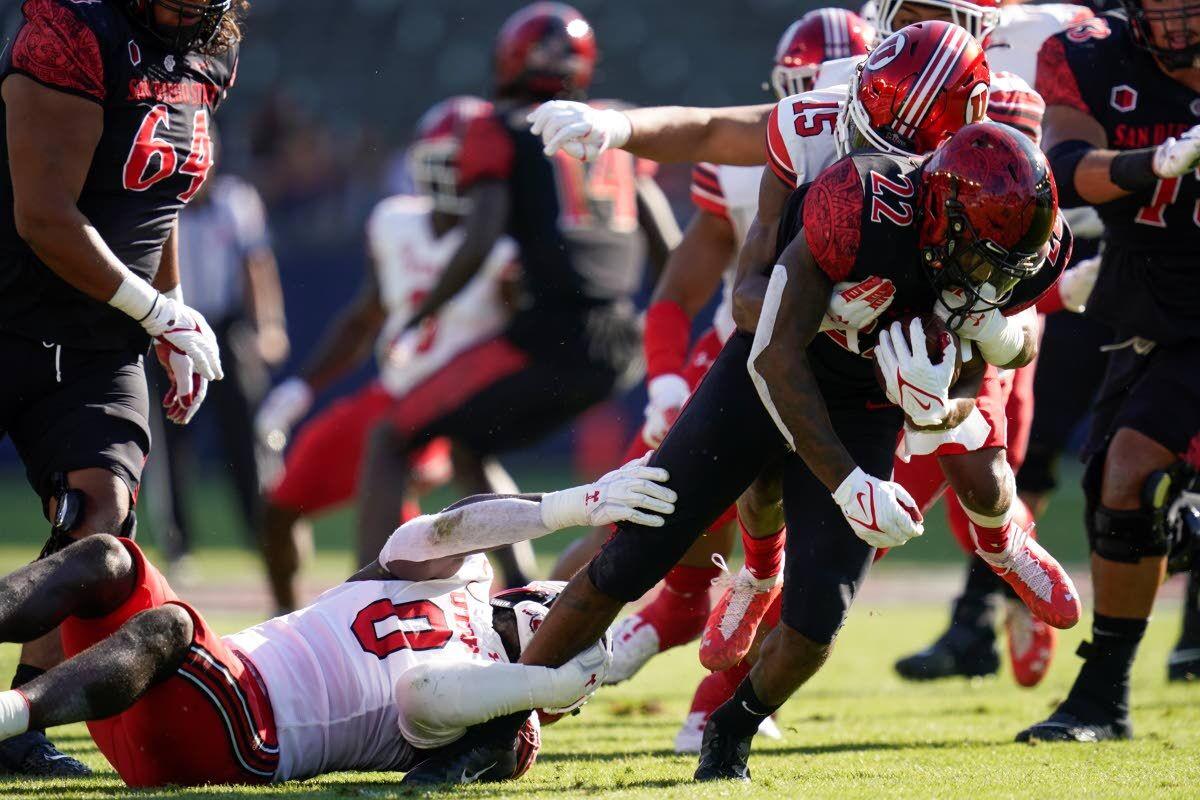 San Diego State running back Greg Bell is tackled by Utah linebacker Devin Lloyd, on ground, and cornerback Malone Mataele during the first half of Saturday’s game in Carson, Calif.

Utah quarterback Cameron Rising, who was offered a scholarship by Washington State in 2015, throws a pass during the second half of Saturday’s game against San Diego State.

San Diego State running back Greg Bell is tackled by Utah linebacker Devin Lloyd, on ground, and cornerback Malone Mataele during the first half of Saturday’s game in Carson, Calif.

The ominous signs came one day at a time.

They conducted a players-only meeting Sunday, the sort of thing that, however beneficial, tends not to happen when times are good. On Monday, they announced that standout defensive tackle Viane Moala had suffered a season-ending injury.

Then the capper came Tuesday when their former starting quarterback quit the team.

So the Utes are clinging to whatever cheery thoughts they can muster, including this: They might have found a quarterback they can rally around. And this: They’re undefeated in the Pac-12, if only because they’ve yet to play a conference game.

The spark came courtesy of a sophomore quarterback from Southern California named Cameron Rising, whose talents are familiar to the Utes’ opponent this week: WSU was the first school to offer him a scholarship, way back in 2015.

Against SDSU, he’d entered the game in the third quarter and needed some time to gain his footing. But then he went 7-for-8 passing on a touchdown drive, spurring a comeback capped by a tying two-point conversion pass with 16 seconds left.

After three overtimes, though, the Utes lost when video-review officials ruled, on another two-point try, that diving freshman Connor O’Toole hadn’t secured the ball before it touched the ground.

“Frustrating loss,” Whittingham said. “Offensively, we just couldn’t get anything going until late in the game.”

When the Utes later announced that Rising would start against Washington State, previous starter Charlie Brewer, in a sign of the times, quit the program on the spot.

A seasoned senior transfer from Baylor, Brewer had edged Rising in a preseason battle and played well in a season-opening 40-17 win against FCS opponent Weber State. But he was less effective as the Utes lost 26-17 to Brigham Young the next week, then sputtered again vs. San Diego State.

Brewer’s announcement came two days after a players-only meeting that he’d attended but didn’t speak at. Whittingham didn’t learn about the meeting until later, but said, “It appeared to be very productive — got some things hashed out.”

Whittingham’s soft-spoken manner belies a commitment to rugged, tough-guy football, and the Utes are falling short of his standards. Injuries have hampered the development of their offensive line, leading to problems in pass-protection and to the fact that “we haven’t been as physical running the football as we’d anticipated,” the 17th-year coach said.

But Whittingham has noticed a “deer in the headlights” look in his players’ eyes when problems arise during games. Even placekicker Jordon Redding, who went 8-for-8 in field goals last year, seems to be puzzling with something. He has missed two goals goals and two point-after kicks, including one during the Rising-led rally.

When someone asked Whittingham what advice he could give a kicker, he made sure not to patronize the kid. He evoked nothing less than America’s renowned special-operations force.

“When things get tough and you start hitting adversity in a game, you have to fall back on your fundamentals, your training,” he said. “Just like the Navy SEALS thing. That’s part of their training — when the crap hits the fan, you go back to your training and fight through it.”

He needlessly added: That’s his message to the entire team.