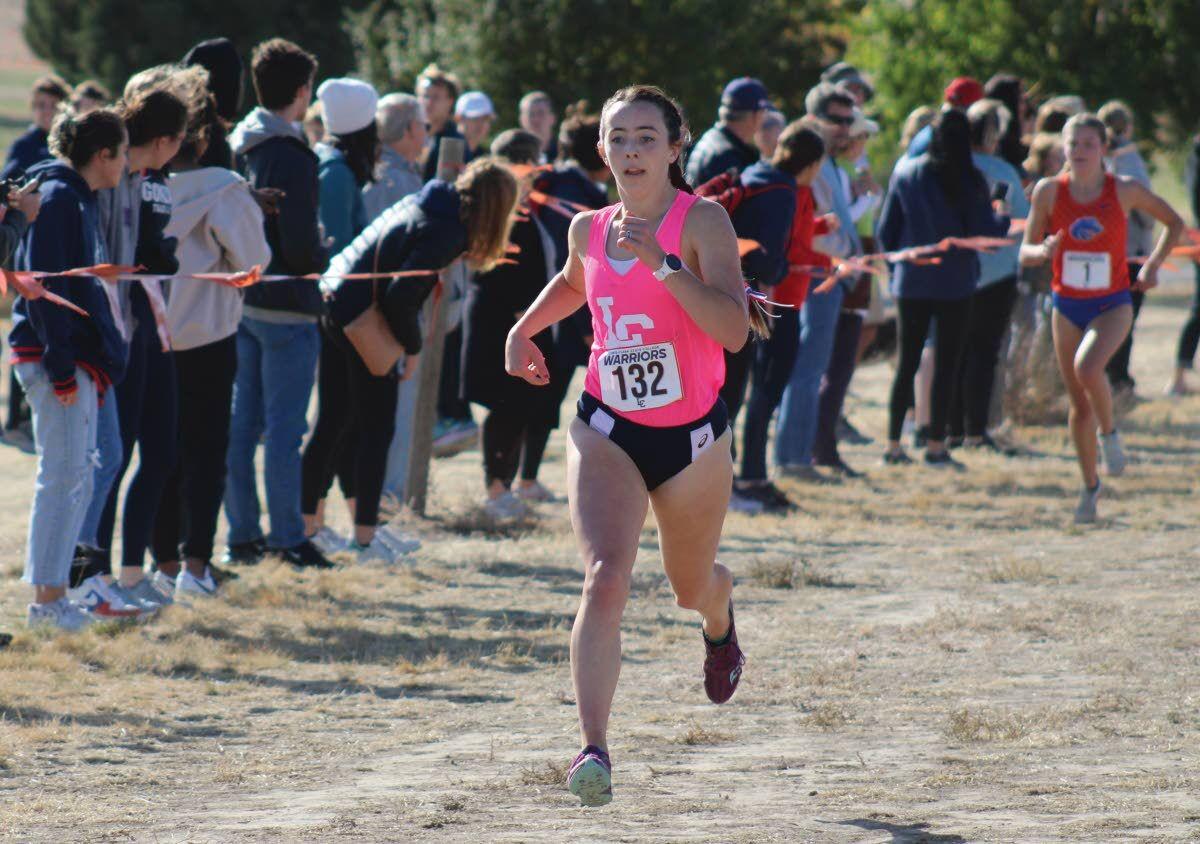 Lewis-Clark State senior Emily Adams runs during Saturday's Inland Empire Championships at the LCSC Cross Country Trail. Adams was the Warriors' top finisher on the women's side in 18th place with a time of 18:15. 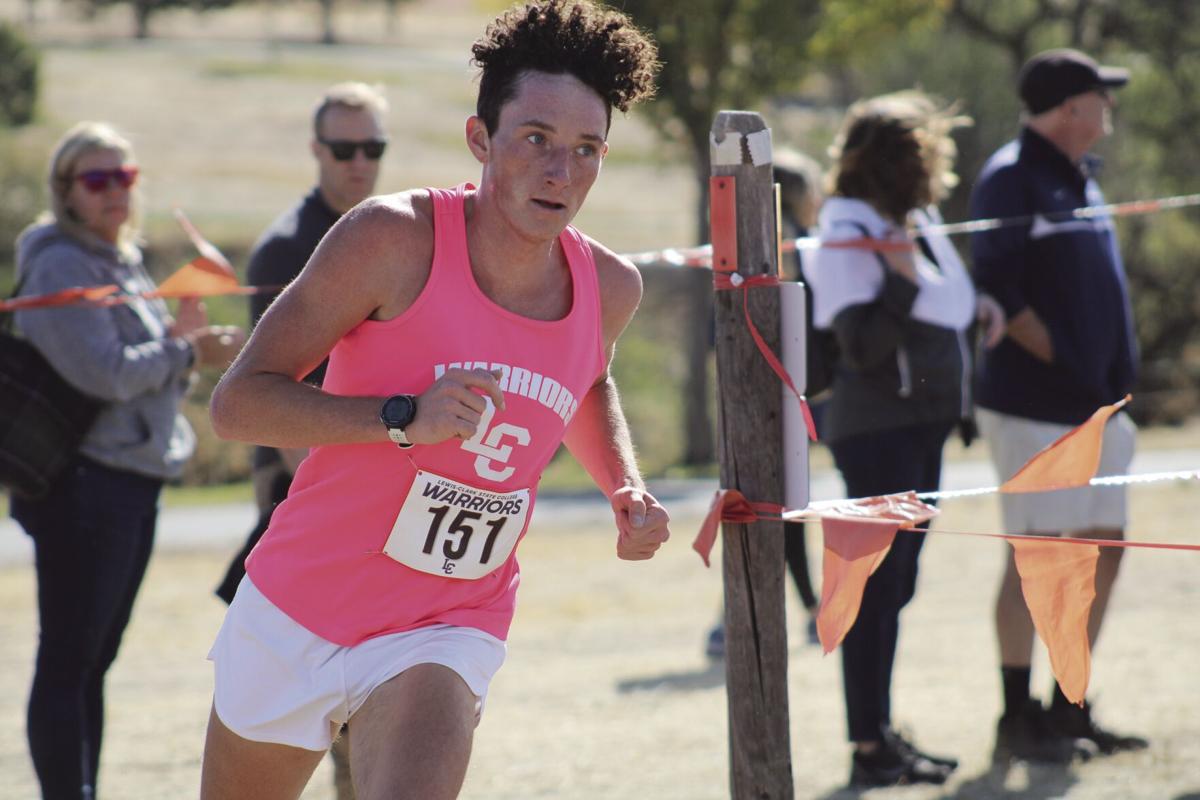 Lewis-Clark State senior Cole Olsen runs during Saturday's Inland Empire Championships at the LCSC Cross Country Trail. Olsen led the Warrior men with a fifth-place finish in a time of 24:33.

Lewis-Clark State senior Emily Adams runs during Saturday's Inland Empire Championships at the LCSC Cross Country Trail. Adams was the Warriors' top finisher on the women's side in 18th place with a time of 18:15.

Lewis-Clark State senior Cole Olsen runs during Saturday's Inland Empire Championships at the LCSC Cross Country Trail. Olsen led the Warrior men with a fifth-place finish in a time of 24:33.

Idaho mustered the top individual finishers in the men’s and women’s races along with the women’s team title, while the Warrior men led all NAIA schools.

LCSC runners and staff had swapped out the team’s normal crimson, blue and white colors for bright pink T-shirts in recognition of National Breast Cancer Awareness Month — something which coach Mike Collins noted holds special significance for him after his wife Tracy, (who also is the Warriors’ athletic trainer), battled breast cancer herself.

“I think it brings nice awareness that, ‘Hey, you know what? There’s more to life than just running and racing,’” Collins said. “And for a day like today it makes it easier to find my kids, so there’s that too.”

The Vandal women dominated their 14-team field with six of the top eight individual finishers and a team score of just 19 points, well clear of second-place Gonzaga’s 92. Junior Kelsey Swenson took her first win of the season with a 5K time of 17 minutes, 8 seconds, narrowly defeating teammate Katja Pattis, who clocked in at 17:09.

In the men’s 8K, UI junior Tim Stevens had slightly more breathing room as he posted a season-best mark of 24:19, five seconds ahead of Gonzaga’s Jaxon Mackie. Two more Vandal men followed Mackie in third and fourth place, and Idaho took second among 16 teams with 42 points to Gonzaga’s 35.

In fifth place was Lewis-Clark State senior Cole Olsen at 24:33, spearheading a third-place team showing as he made his final appearance on his home course.

The Warrior men, who currently are No. 14 in the latest NAIA coaches’ poll, totaled 98 points, well ahead of Cascade Conference rival Northwest’s 176. Of the upcoming postseason, Olsen said he thinks “our team is deeper than ever,” and predicts “the Warriors are going to do big things.”

The 16th-ranked Warrior women, who were not at full strength because of several of their runners having been injured or out on COVID protocol in recent weeks, came in behind NAIA foes Carroll, Northwest and Rocky Mountain in a ninth-place team showing. Senior Emily Adams led LCSC’s women with a 16th-place showing of 18:15.

“Individually, I thought it was really good,” said Adams, who was making her return after undergoing cortisone therapy for a joint injury. “Overall as a team, I think we did pretty well. There are some things we have to work on, but this will only make us stronger.”

Also competing were the Washington State men, who came in seventh behind a 15th-place showing from Sam Griffith.

The UI and WSU teams return to action Oct. 29, with the Vandals competing in the Big Sky Championships in Portland, Ore., and the Cougs are at the Pac-12 event in Salt Lake City. Lewis-Clark State will race Nov. 5 at the Cascade Conference Championships in Klamath, Ore., in search of a national berth.