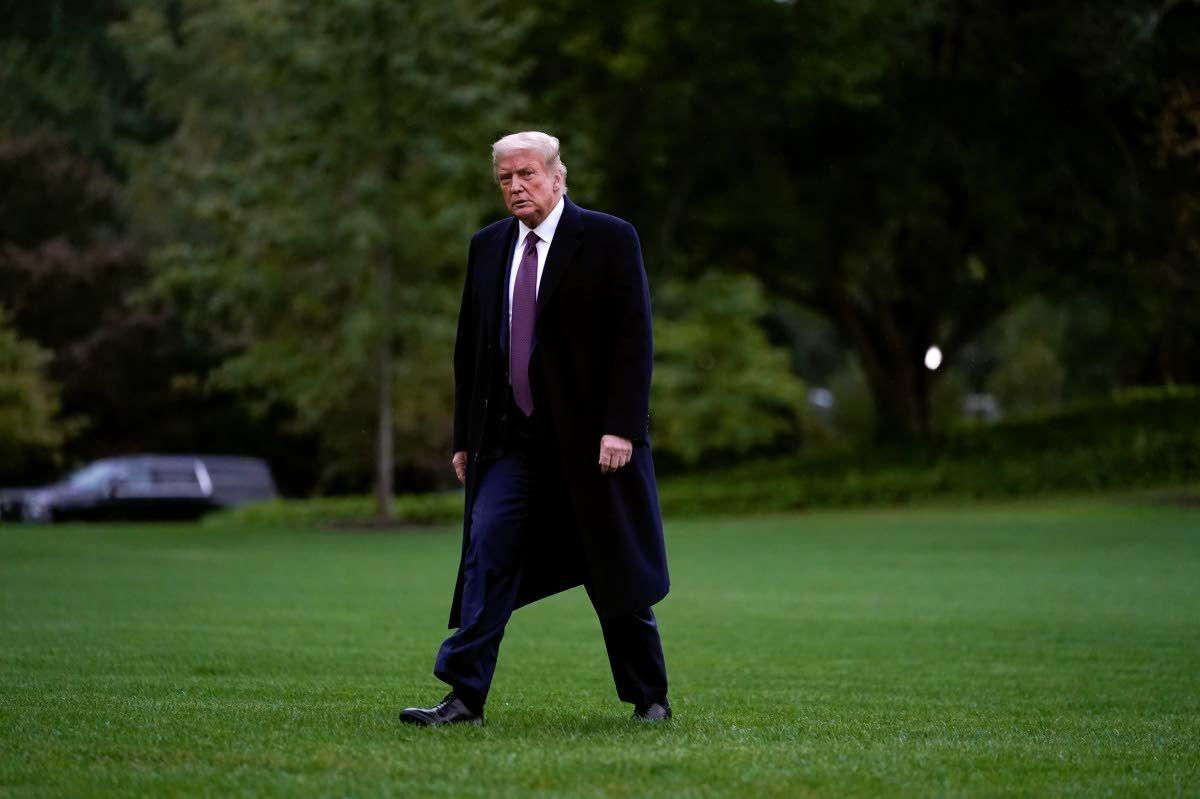 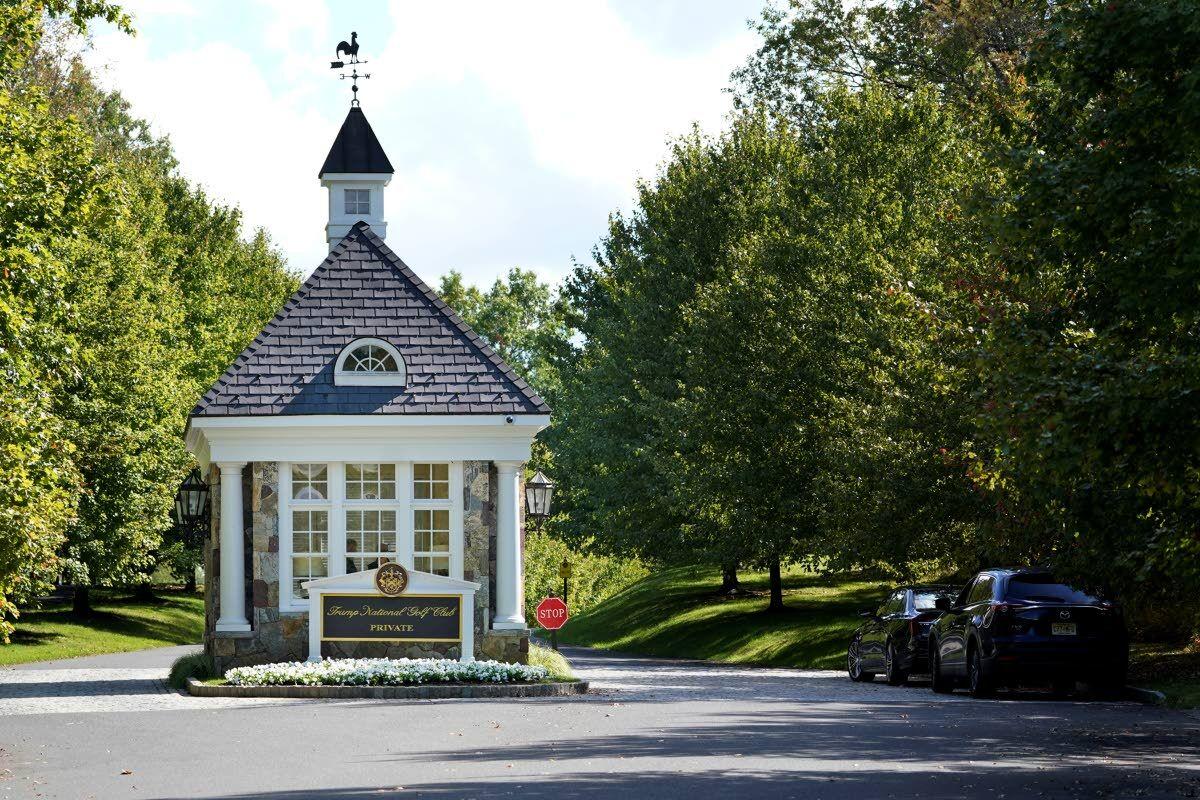 FILE - In this Friday, Oct. 2, 2020, file photo, the entrance to Trump National Golf Club is seen in Bedminster, N.J. The PGA of America voted Sunday, Jan. 10, 2021, to not play the 2022 PGA Championship at the club because of the Trump-fueled insurrection at the Capitol on Wednesday, Jan. 6. (AP Photo/Seth Wenig, File)

FILE - In this Friday, Oct. 2, 2020, file photo, the entrance to Trump National Golf Club is seen in Bedminster, N.J. The PGA of America voted Sunday, Jan. 10, 2021, to not play the 2022 PGA Championship at the club because of the Trump-fueled insurrection at the Capitol on Wednesday, Jan. 6. (AP Photo/Seth Wenig, File)

Donald Trump never was a comfortable fit for golf.

Not as president of the United States, a polarizing position long before the advent of Twitter or any other form of social media. Not even when he merged his affection for golf with his ambition to cater to the wealthy at his hotels and golf courses.

The star of any golf tournament at the elite level typically is either the player or the course. Unless it was on his course, then Trump made it about him.

Now it’s coming to an end, if it’s not there already.

He effectively has been fired.

Trump has been silenced on Twitter and faces impeachment for “incitement of insurrection” stemming from his supporters invading the U.S. Capitol last week. On a much smaller scale — it should be, anyway — he suffered a loss when the PGA Championship was taken away from his golf club in New Jersey in 2022.

The PGA of America voted Sunday to terminate the contract. More than being the right thing to do, it was the only thing.

“We find ourselves in a political situation not of our making,” said Seth Waugh, the CEO of the PGA of America.

The contract with Trump National Golf Club in Bedminster, N.J., was signed in 2014, when Trump’s platform was reality TV and not the White House. A year later, Trump announced he was seeking the Republican nomination for president, then he really started to make golf feel uncomfortable about its relationship with him.

His disparaging remarks about Mexican immigrants in announcing his candidacy in June 2015 forced golf organizations to step uneasily into politics. The backlash still was strong when Trump went on Golf Channel and said the golf industry supported him because “they know I’m right.”

The PGA Tour, LPGA Tour, PGA of America and USGA issued a statement to say he was wrong. A week later, the PGA Grand Slam of Golf at his Trump National Los Angeles was canceled.

It wasn’t just tournaments at his golf courses.

Trump said in an interview with Golf Digest in 2014 that golf had it all wrong by trying to make the game accessible to the masses. “I would make golf aspirational instead of trying to bring everybody into golf that they’re never gonna be there anyway,” he said.

Waugh figured the PGA of America would get criticized in some corners for taking four days to decide the obvious. That wouldn’t be the first time golf was accused of slow play. In this case, he said there were procedures to follow and, no doubt, a contract to parse in case of a legal challenge.

“Our decision wasn’t about speed and timing,” Waugh said. “What matters most to our board and leadership is protecting our brand and reputation, and the ability for our members to lead the growth of the game, which they do through so many powerful programs in their communities.”

The R&A has been dodging questions about returning the British Open to Turnberry since Trump bought the picturesque links on the Ayrshire coast of Scotland in 2014. It finally spoke up Monday with a statement that it won’t return there “until we are convinced that the focus will be on the championship, the players and the course itself.”

“And we do not believe that is achievable in the current circumstances,” R&A chief Martin Slumbers said.

What other golf course is?

Along with the U.S. Women’s Open at Bedminster and the Senior PGA Championship at Trump National in Sterling, Va., Trump courses once hosted two PGA Tour stops (Doral and Puerto Rico), and the first big tournament at one of his courses was the LPGA Tour Championship at Trump International in West Palm Beach, Fla. He made sure each player had a BMW as a courtesy car. He invited them to his Mar-a-Lago resort.

He also made sure he was the show and in charge.

One year, Karrie Webb hit a tee shot on the par-3 No. 7 that looked like it was rolling back into the water until it was held up by the rough. That night, Trump said Webb had been lucky because the shot should have gone in the water. Why wasn’t the grass mowed tighter on the slope? That night, he had his crew shave down the bank and it was scalped so tight that green spray paint was needed to cover the dirt.

This was in the middle of a tournament.

At the World Golf Championship at Doral in 2015, Rory McIlroy was so disgusted at his shot on the par-3 No. 8 that he heaved his 3-iron into the lake. That happens in a sport that can be annoying even to the best. Trump seized on the moment by hiring divers to retrieve the club, and he made a spectacle of returning the club to McIlroy on the range before the final round. Never mind that McIlroy already had a replacement.

“He’s never one to miss an opportunity,” McIlroy said.

That’s one reason Doral, a staple of the Florida swing since 1962, hosted a PGA Tour event for the final time in March 2016.

It wasn’t about politics. It was about Trump. The tour couldn’t find a sponsor willing to pony up some $12 million per year knowing it would be sharing the stage with Trump. The tournament went to Mexico, of all places.

Back then, the relationship golf had with Trump was made difficult by his ego and his elitism. Now it’s about the threat to democracy, violence and destruction that killed five people, including a Capitol Police officer.

There is no relationship with Trump and tournament golf, not anymore.

Ferguson is the golf writer for The Associated Press.