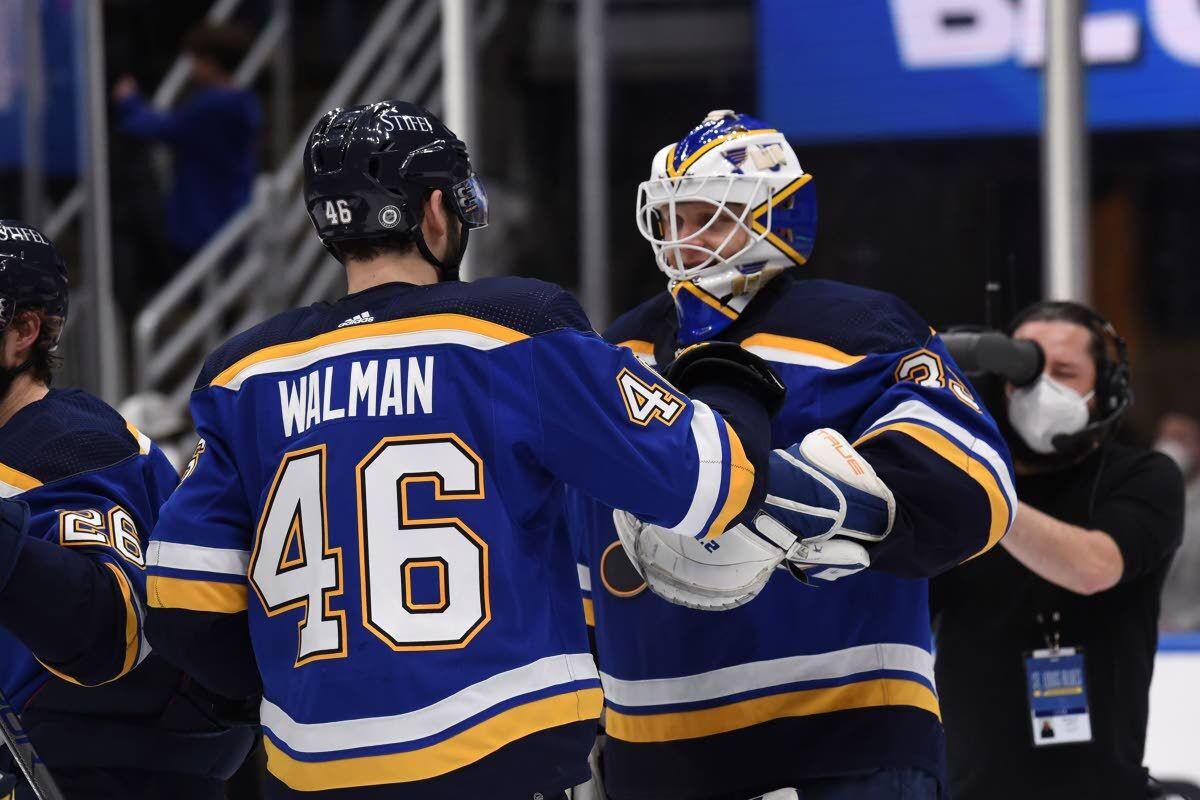 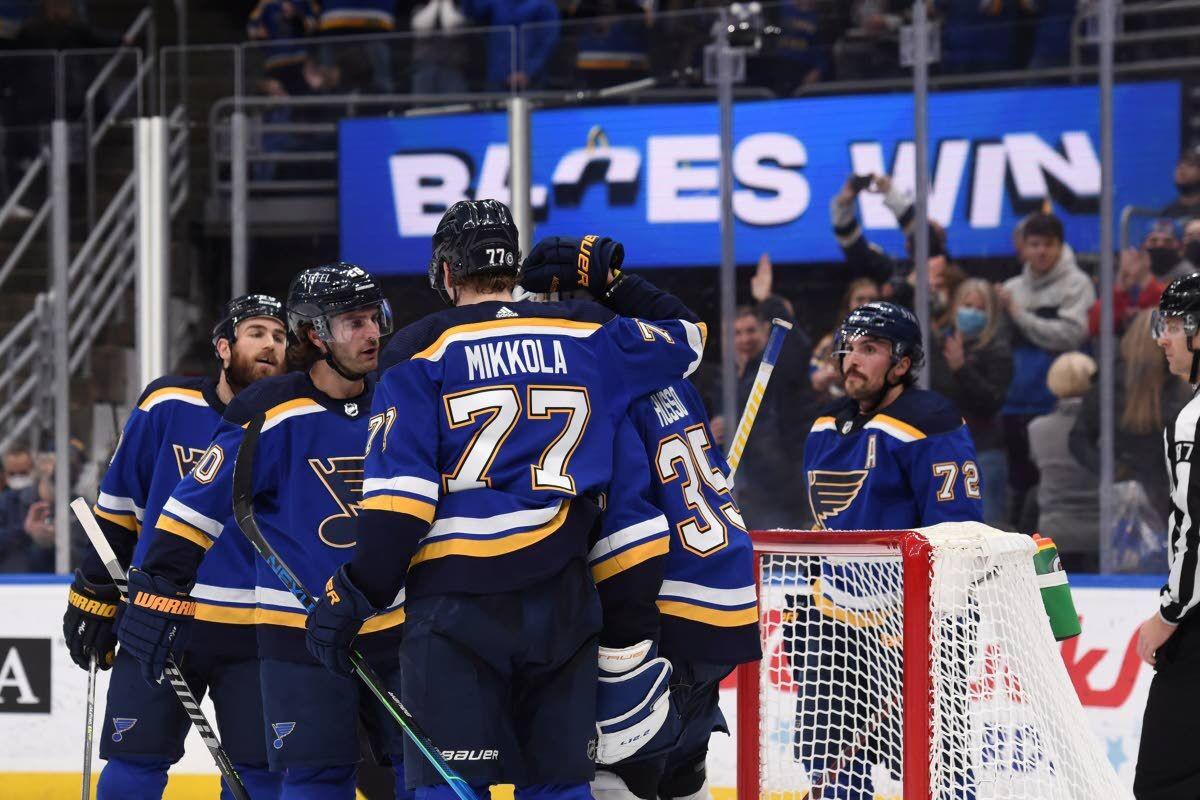 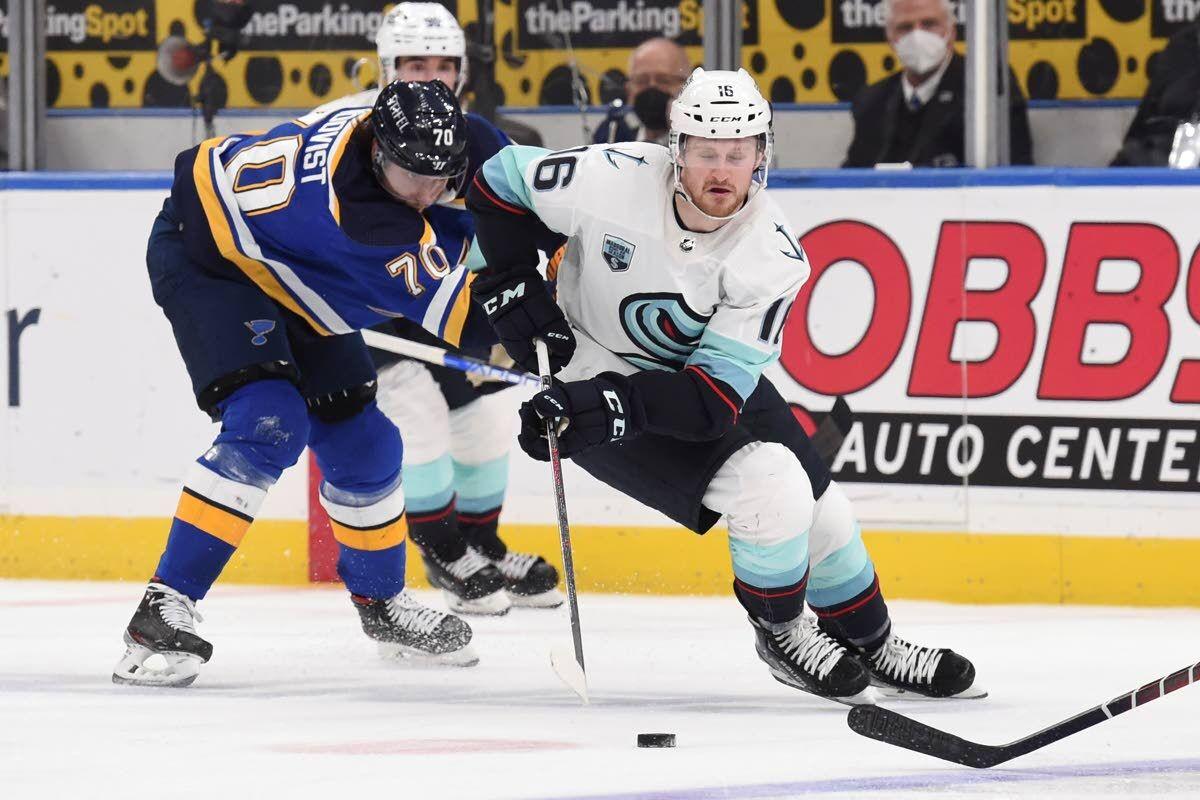 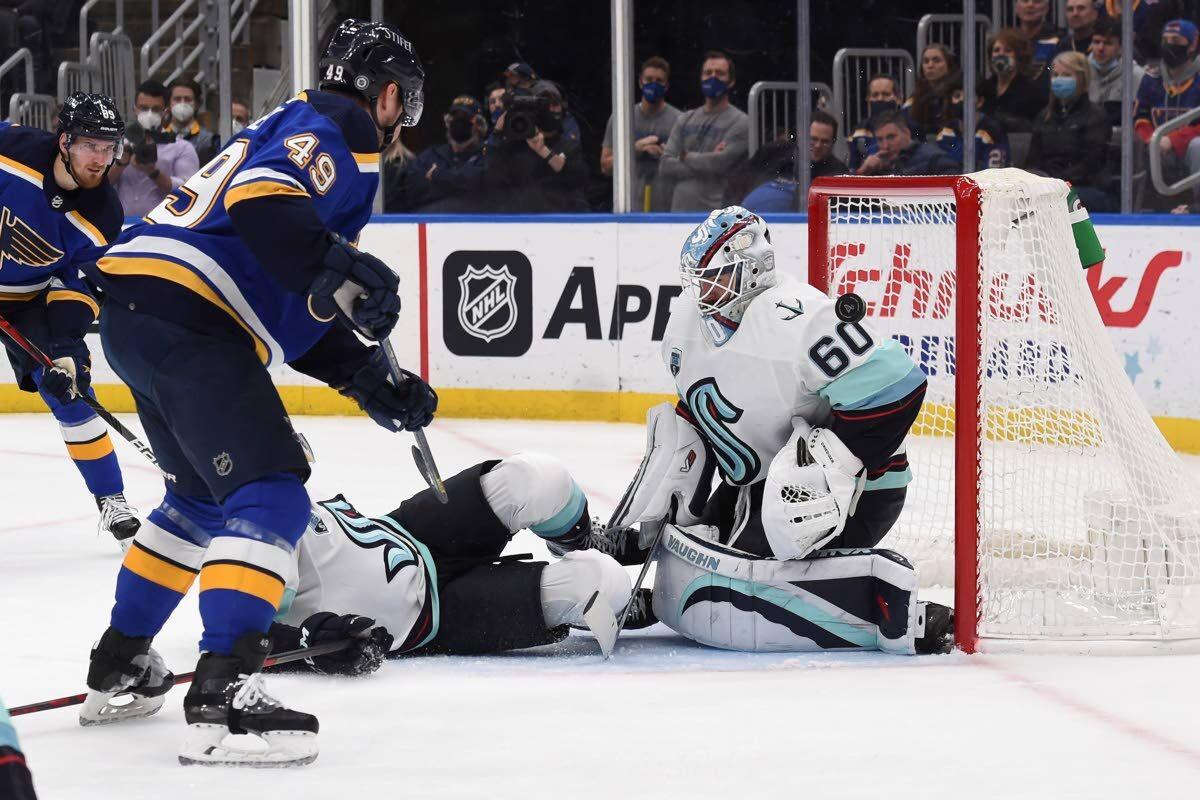 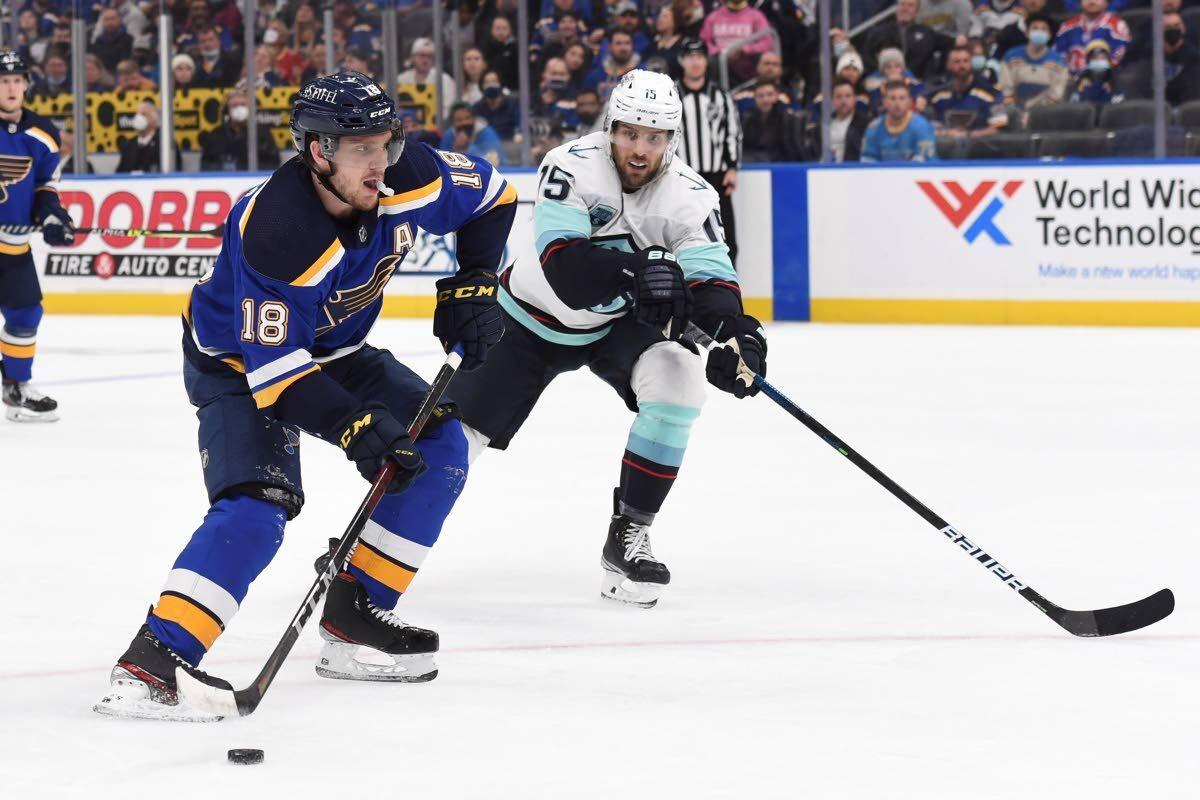 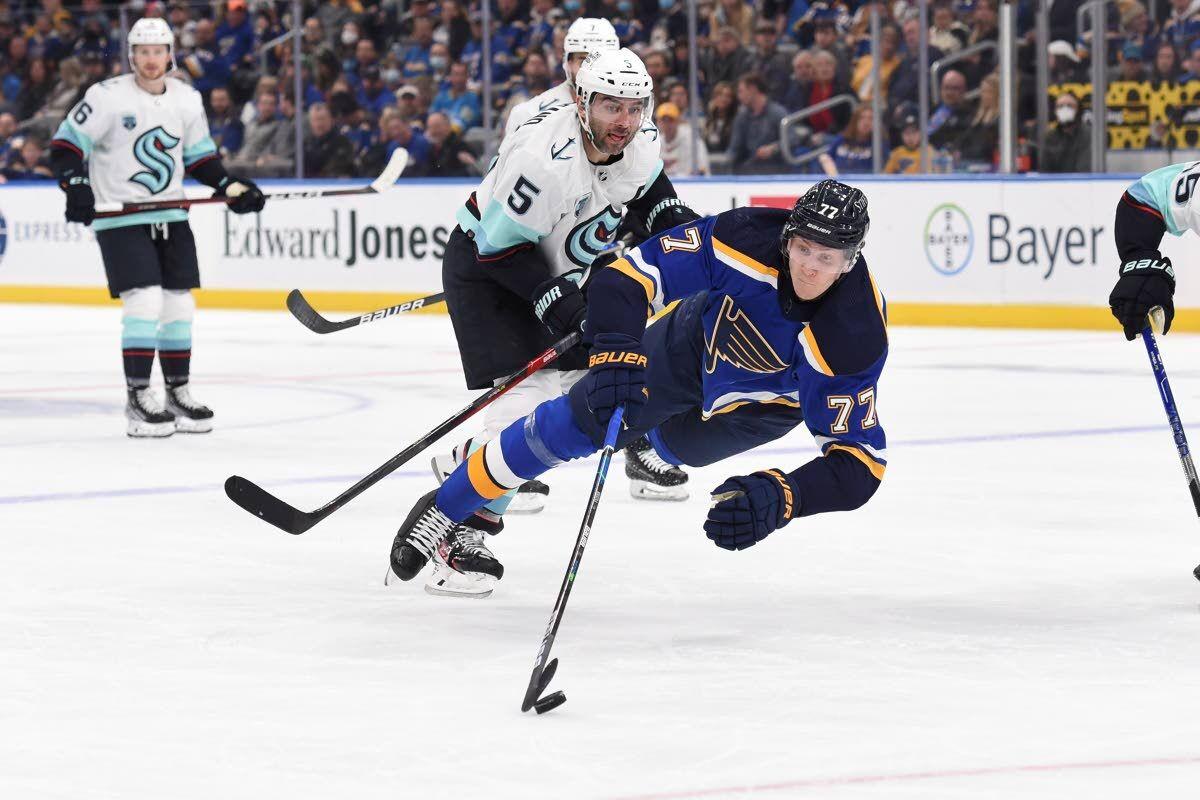 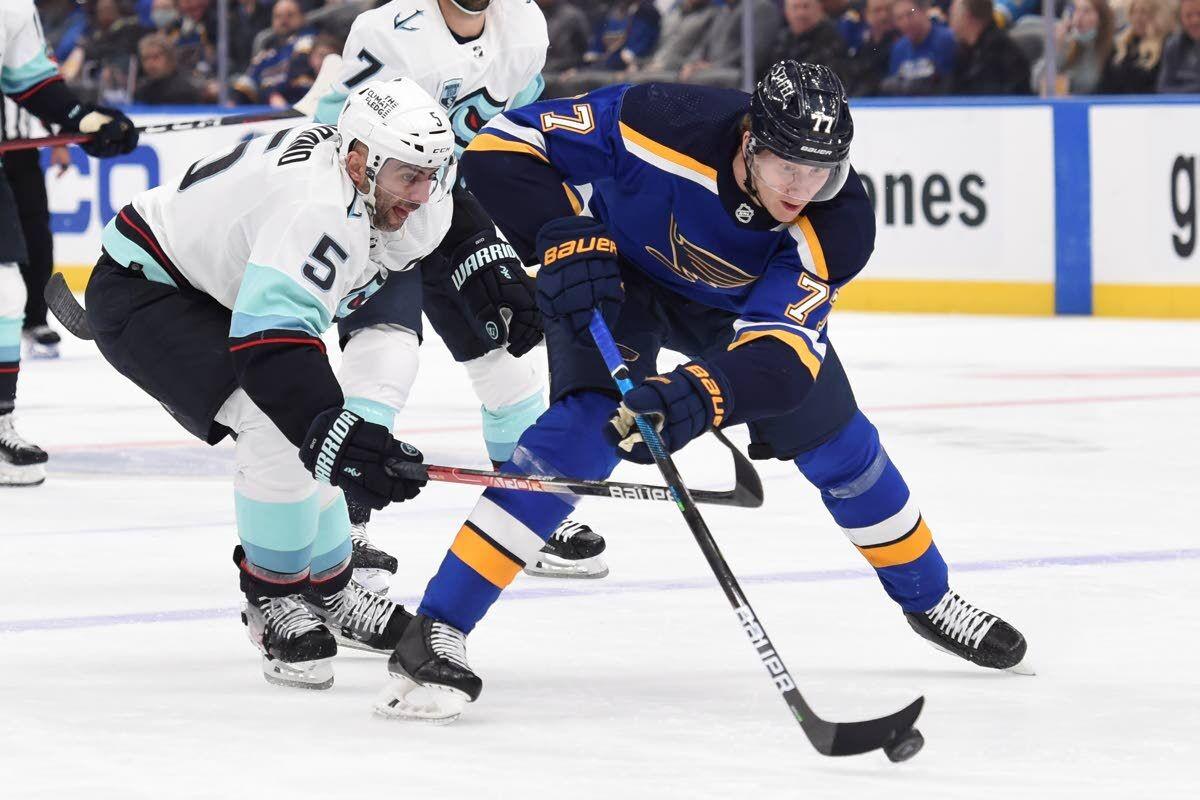 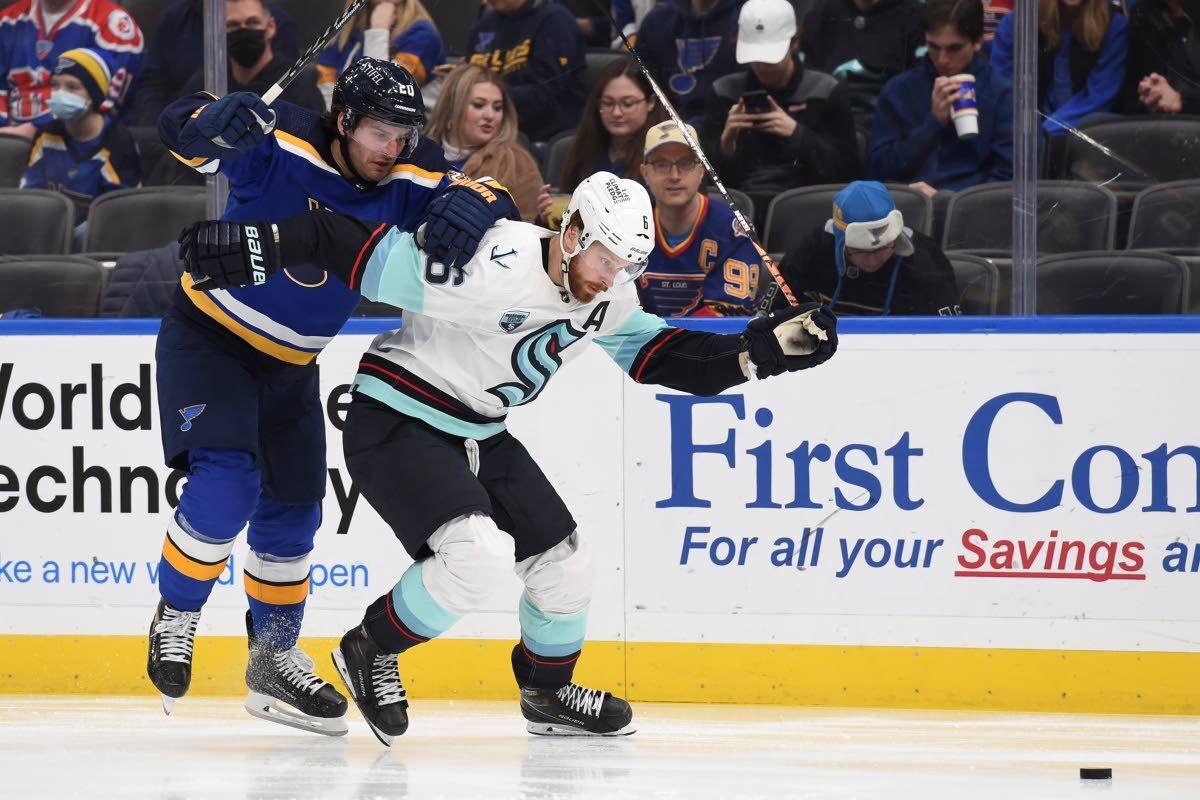 ST. LOUIS — Robert Thomas and Pavel Buchnevich scored in the third period as the St. Louis Blues came back to beat the Seattle Kraken 2-1 on Thursday.

Ville Husso made 31 saves and the Blues extended their home point streak to 13 games, dating to Nov. 18. It is the third-longest stretch in franchise history.

“We knew that they play hard and there’s never easy games when you look at the standings and stuff,” Husso said. “We knew it’s going to be a hard game and everybody played a full 60 minutes. That was good for us.”

Alex Wennberg scored and Chris Driedger made 25 saves for the expansion Kraken, who lost for the sixth time in seven games.

“It’s obviously not the way we want it to be,” Wennberg said. “Obviously, we’re finding ways to lose the game. We have the lead right now and again it’s a third period where we give away some goals. I mean, we’ve got to find something here. We’ve got to step up and take responsibility for what’s going on.”

Buchnevich’s power-play goal off a slick no-look pass from Ivan Barbashev at 5:30 of the third gave St. Louis the lead.

It was the second consecutive third-period comeback for the Blues, who scored twice in the final minute to beat Dallas on Sunday. St. Louis has an NHL-best 13 comeback wins this season.

“Even when we’re down going into the third, we’re pretty confident,” Thomas said. “We started to push our game in the second. … Pretty special group in there that fights back, and then our special teams coming up with big goals.”

Thomas’ goal at 1:29 of the third tied it at 1. Torey Krug extended his point streak to six games with an assist.

“It’s nice to get the lead, but then when things happen and you get bad bounces or whatever it is, you’ve got to just stay with it and keep pushing,” Blues coach Craig Berube said. “I think our guys are good at that.”