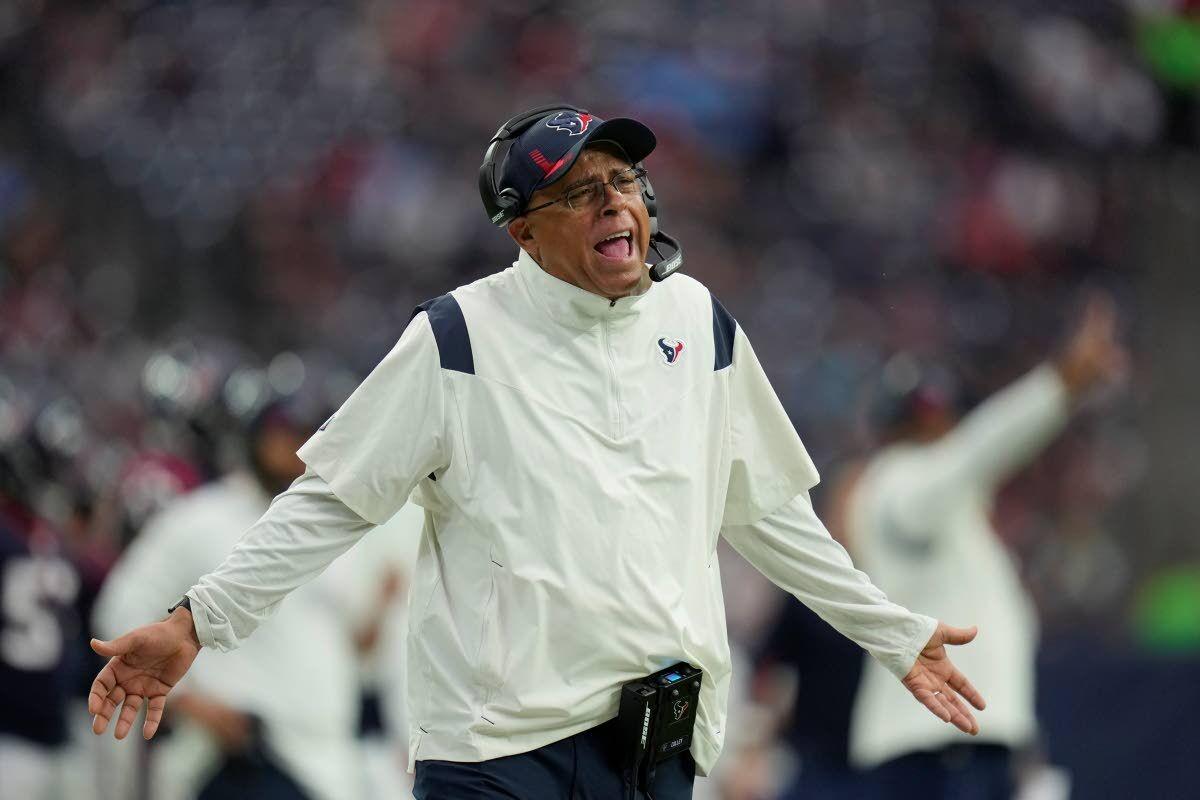 Houston Texans head coach David Culley questions a call during the first half of an NFL football game against the Tennessee Titans, Sunday, Jan. 9, 2022, in Houston. (AP Photo/Eric Christian Smith) 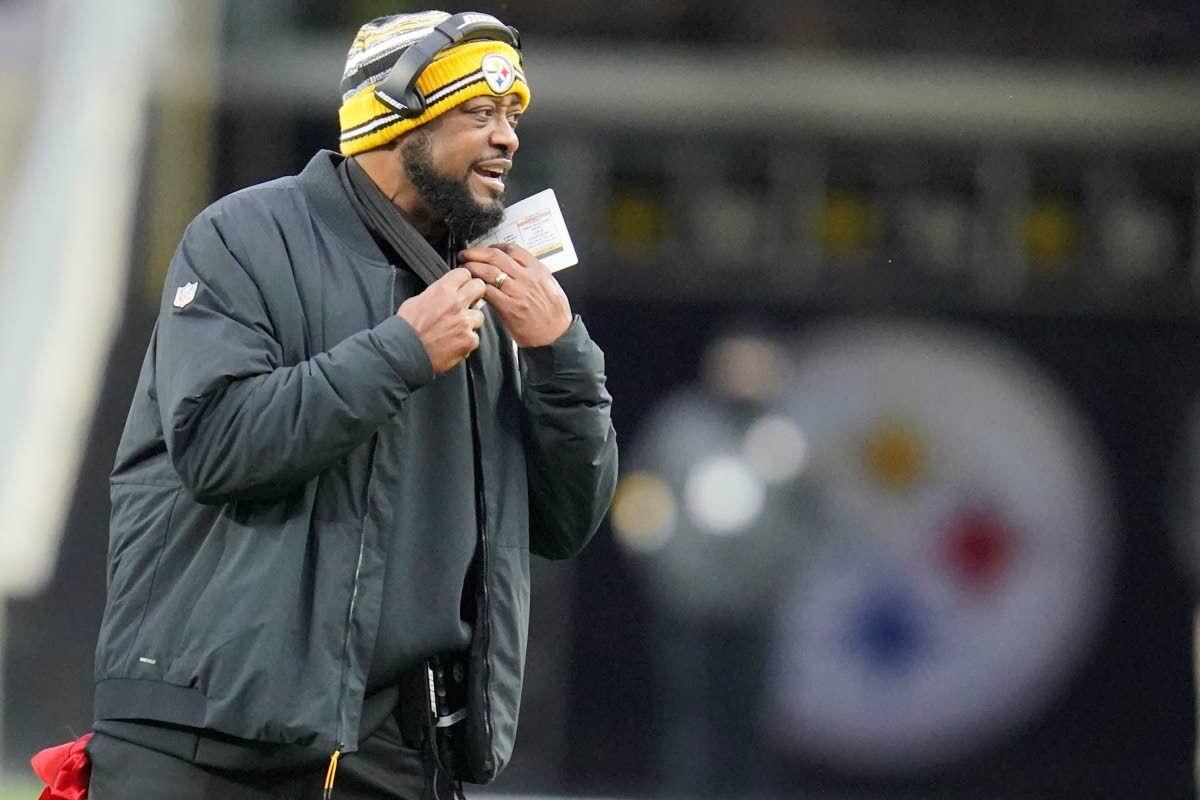 Pittsburgh Steelers head coach Mike Tomlin smiles as his team plays against the Tennessee Titans during the second half of an NFL football game, Sunday, Dec. 19, 2021, in Pittsburgh. (AP Photo/Gene J. Puskar) 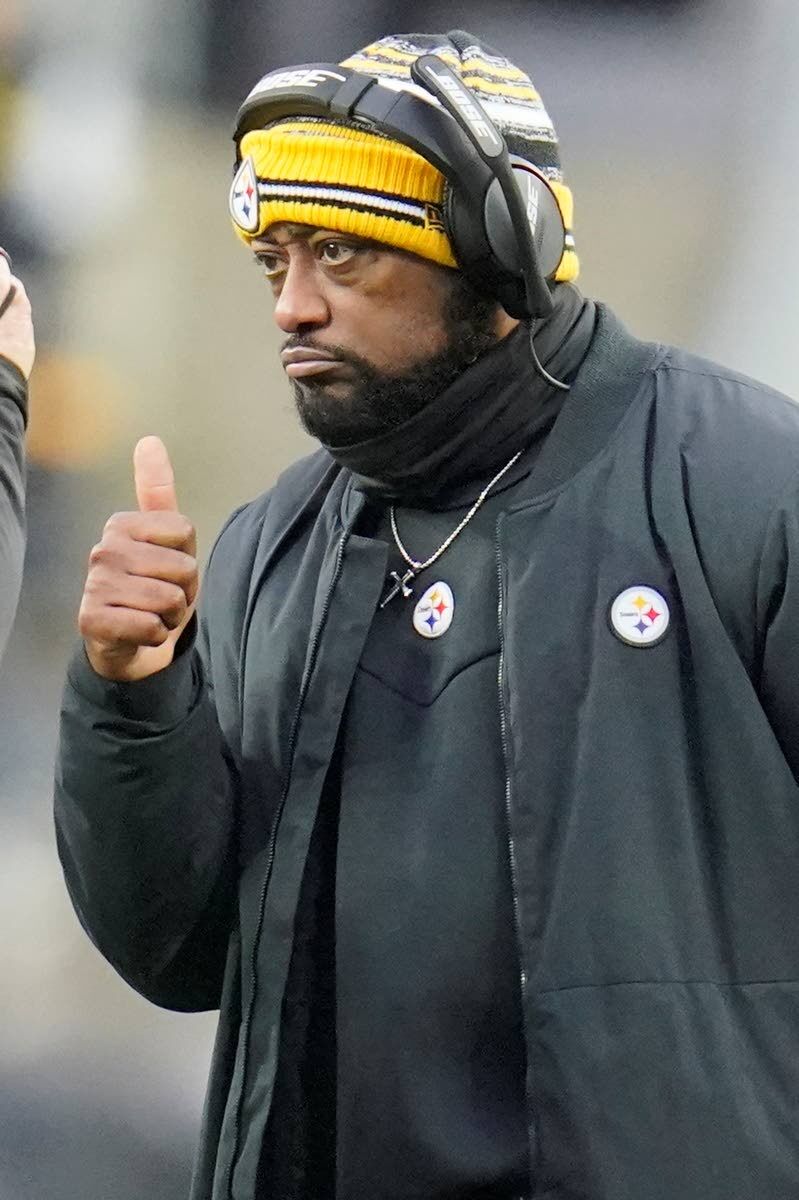 Pittsburgh Steelers head coach Mike Tomlin gives a thumbs-up as his team plays against the Tennessee Titans during the second half of an NFL football game, Sunday, Dec. 19, 2021, in Pittsburgh. (AP Photo/Gene J. Puskar)

Houston Texans head coach David Culley questions a call during the first half of an NFL football game against the Tennessee Titans, Sunday, Jan. 9, 2022, in Houston. (AP Photo/Eric Christian Smith)

Pittsburgh Steelers head coach Mike Tomlin smiles as his team plays against the Tennessee Titans during the second half of an NFL football game, Sunday, Dec. 19, 2021, in Pittsburgh. (AP Photo/Gene J. Puskar)

Pittsburgh Steelers head coach Mike Tomlin gives a thumbs-up as his team plays against the Tennessee Titans during the second half of an NFL football game, Sunday, Dec. 19, 2021, in Pittsburgh. (AP Photo/Gene J. Puskar)

Then there was one.

David Culley didn’t last a calendar year with the Houston Texans, as dysfunctional an NFL team as there is. Culley spent 43 years as an assistant in college and pros, but his tenure as a head coach ended after just 17 games.

With his firing, the list of Black head coaches in the NFL now contains just one name.

Mike Tomlin’s job looks secure, saving the NFL from the embarrassment of having no Black coaches at all. The Pittsburgh Steelers don’t fire coaches and, besides, Tomlin wins two-thirds of his games and hasn’t had a losing season in 15 years.

He’s got a Super Bowl title too, if any owners needed any more proof that Black coaches can succeed at the highest levels. You wouldn’t think they would after all these years, but their hiring pattern suggests otherwise.

One Black head coach in a league dominated by Black players. One Black coach, 33 years after Art Shell broke the modern era head coaching color barrier with the Raiders.

The NFL wants more, or so it says. The Black players who dominate league ranks want more coaches who look like them, too.

But despite new hiring rules and some years with real progress, it seems like it’s 1989 all over again.

No, nobody can force a team owner to fill a vacancy with a Black coach. That wouldn’t be right, and it wouldn’t be fair to other coaches who are trying to find their way to the top.

But in a league where 70 percent of the players are Black, somehow, some way, there needs to be more than one Black coach.

The NFL has acknowledged as much through the years, introducing the Rooney Rule almost two decades ago to force teams to interview at least one Black candidate for each coaching vacancy. The rule was expanded to two interviews in 2020, and some draft pick tweaks were made to encourage teams to hire Black coaches and executives from lesser positions on other teams.

For a while, it seemed like it was working. As late as 2017, there were eight minority coaches — seven of them Black — helming teams around the league.

But instead of expanding, the number has contracted — and sharply. Head coaches are hired to be fired in any league, so the fact all but one are gone just a few years later isn’t terribly out of the ordinary.

But it is telling that Black coaches who fail in their first opportunity simply don’t get second and third chances like many white coaches before them.

Need more proof? None of the six Black men who were head coaches in 2017 and later fired have been hired in similar jobs. At the same time, flashy retread white hires like Jon Gruden and Urban Meyer were hired and then unceremoniously booted out of the league.

The truth is, hiring coaches never has been a scientific process. There’s a lot of guessing and a lot of hoping that goes with every hire — and the odds are always against whoever gets the nod.

That certainly was the case in Houston, where the knock on Culley was that he was a lifetime assistant, not a true head coach. But he didn’t have star quarterback Deshaun Watson the entire season and was put in charge of a team undergoing a big overhaul.

The Texans won only four games under Culley, but as late as Monday he was at the podium in Houston answering questions about next year’s team. That made his firing three days later more confounding, and at the age of 66, he’s not likely to be a head coaching candidate again.

Houston could, of course, hire a Black coach to replace him. There are plenty of qualified candidates in top assistant and coordinator jobs around the league, so finding at least two to interview to qualify for the Rooney Rule shouldn’t be difficult.

But look at the stats, and it doesn’t look promising.

It might get better, it might not. NFL owners are almost all white and almost all members of the good old boy network that has populated the league since its inception.

For the most part, they’ve gotten rich in business making their own decisions, and they tend to hire people who are like them. Rooney Rule or not, they’re going to do what they think — right or wrong — is in the best interest of their business and their football team.

Those decisions have led us to where we are today. One Black coach in a league of 32 teams spread across a diverse country.

The NFL clearly needs to do better. The question is, how?