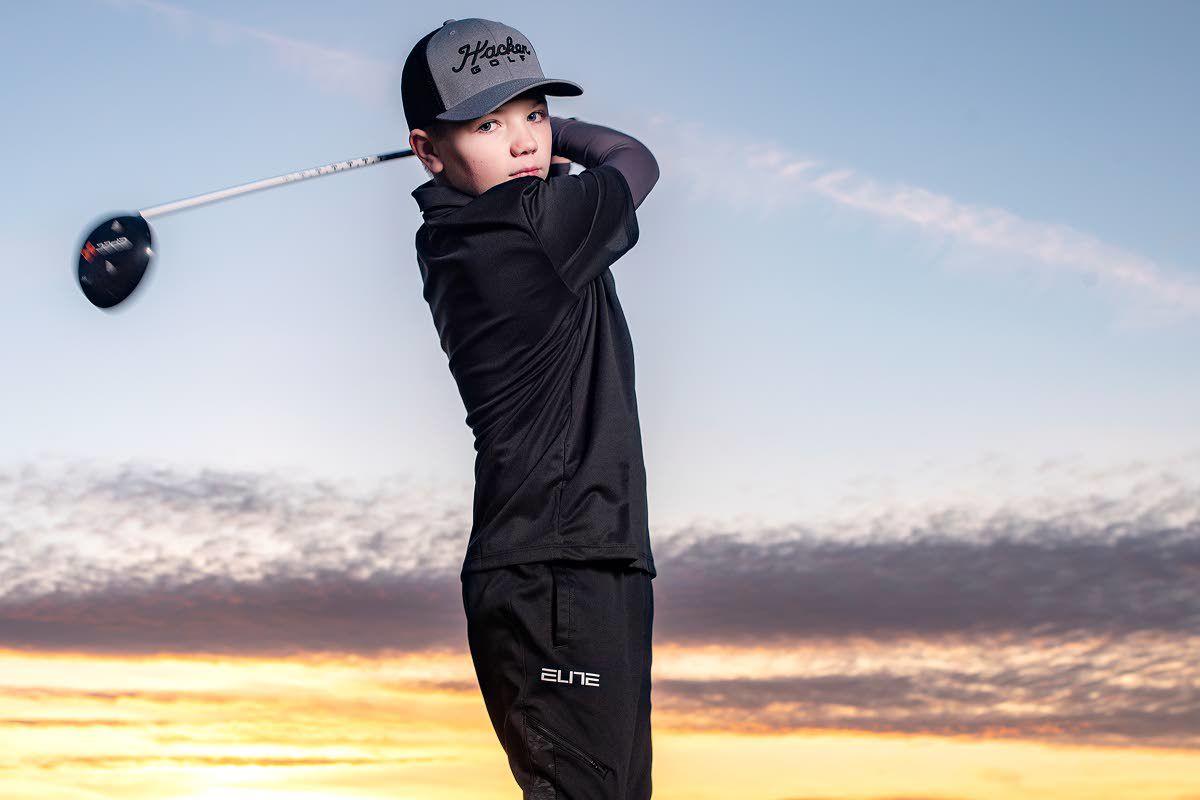 Ashton Literal, 9, of Lewiston, poses for a portrait on the tee box of the 10th hole at the Lewiston Golf and Country Club on Thursday evening. 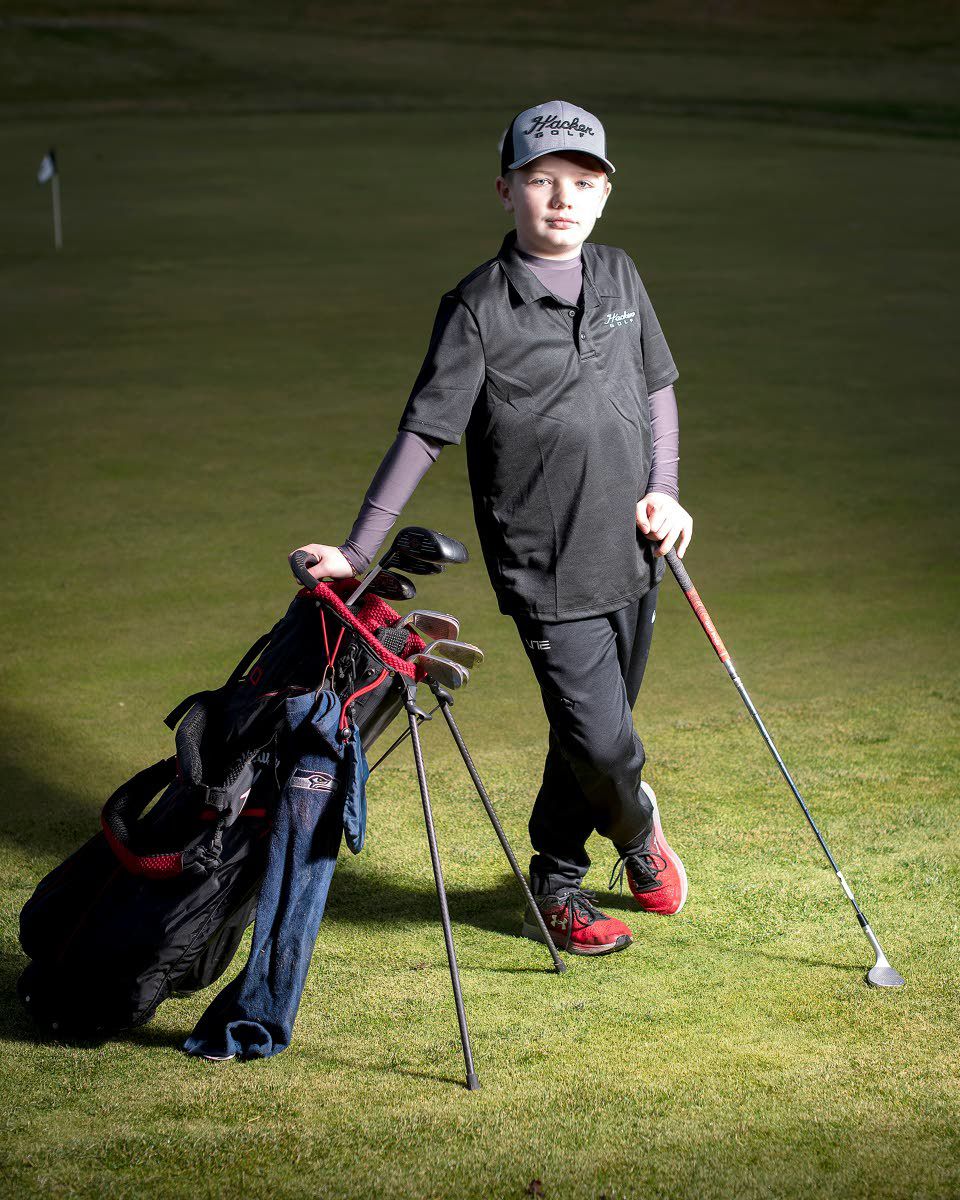 Ashton Literal poses for a portrait on the practice green last week at Lewiston Golf and Country Club. BELOW: The Lewiston youngster shows his swing at the 10th tee. 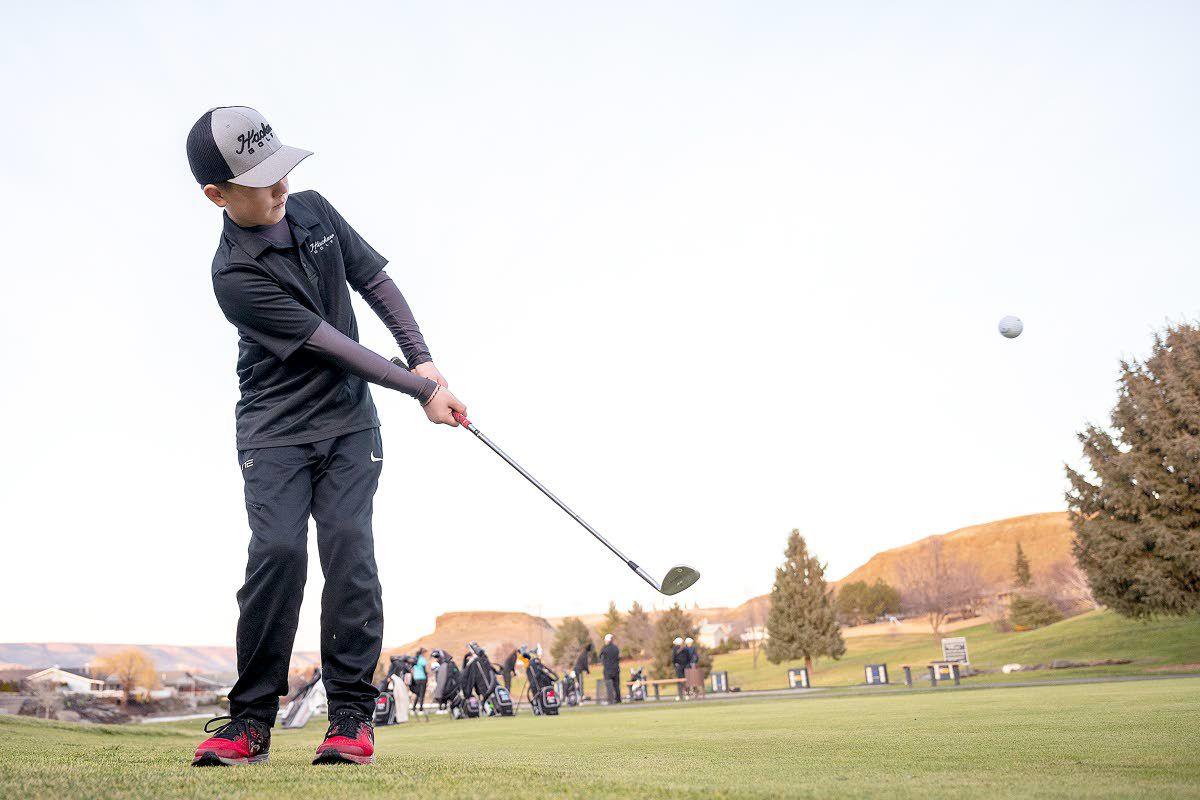 Ashton Literal, a nine-year-old phenom golfer from Lewiston, chips onto the practice green at the Lewiston Golf and Country Club on Thursday.

Ashton Literal, 9, of Lewiston, poses for a portrait on the tee box of the 10th hole at the Lewiston Golf and Country Club on Thursday evening.

Ashton Literal poses for a portrait on the practice green last week at Lewiston Golf and Country Club. BELOW: The Lewiston youngster shows his swing at the 10th tee.

Ashton Literal, a nine-year-old phenom golfer from Lewiston, chips onto the practice green at the Lewiston Golf and Country Club on Thursday.

There are those who believe televised golf to be one of the less thrilling spectacles in the world of sport, and one that appeals primarily to older audiences.

A living counterpoint to that perception may be found in Lewiston resident Ashton Literal, who was so transfixed by golf coverage at age 2 that he would burst into tears when the broadcasting paused for commercials. Now a 9-year-old third-grader at Centennial Elementary School, Literal has since taken up the clubs himself and developed a swing that many grizzled veterans would envy, becoming this region’s leading youth prospect in the sport.

“He started because we were watching the Masters on a Sunday, and he was 2 years old, and he got up and started hitting his baseball bat and ball like a golf club,” recalled Ashton’s father, Sean Literal. “He just wouldn’t quit, so I went and bought him a set of cheesy plastic golf clubs. We had to buy the same set like five times, because he kept breaking them, because he used them and used them and used them, until he finally got a real set. He would wake up in the morning and go out in the yard with his pajamas. He loved it so much I built a little green in the backyard.”

“I have pictures of him (at) 2 or 3 years old in his coat and hood, and he’s washing his clubs out in the rain gutter,” she said. “Rain or shine or whatever, he just was out there. You couldn’t get him inside.”

Ashton has made Bryden Canyon Golf Course his base of operations since age 3, practicing there for many hours a day when weather allows. He never has had a swing coach, but primarily is self-taught in the game. He has won youth tournaments at every course in the Lewiston-Clarkston

Valley, often competing against 10- to 12-year-olds, and also has played competitively in Oregon, California, North Carolina, Florida and other states.

A series of tournament wins in and around Spokane, Coeur d’Alene, Post Falls and Hayden Lake earned Ashton recognition by U.S. Kids Golf as a regional tour champion in 2018 and qualified him for the U.S. Kids Golf World Championships in Pinehurst, N.C. There, Ashton placed in the top 100 out of more than 1,500 in his division.

“I noticed that it gets a little harder once you move up into the bigger stages and stuff,” Ashton said of his experience at the world tournament. He noted the challenge of competing with golfers from regions without snow who could practice all year round.

The short chip-and-putt game always has been a core strength of Ashton’s, something Sean attributes to the many hours his son put in through the years practicing on his backyard miniature green, while his long drive has been catching up to match it.

“He was out there chipping and putting every single day, so he got really good at his short game,” Sean said. “He wasn’t super long, but now he’s 9, and he’s quite a bit bigger, and we went out the other day and he was driving it 225 yards.”

Another highlight of Ashton’s young career came in 2018 when he had the opportunity to golf with one of his idols, Clarkston High graduate and PGA golfer Joel Dahmen, in a session filmed by KLEW-TV at Lewiston Golf and Country Club. Laci felt that the opportunity to play with Dahmen “perked (Ashton) up” and gave him added inspiration.

“He will get the (PGA Tour) win soon, since he’s been doing good,” Ashton predicted of Dahmen.

Ashton hopes to someday compete on the PGA Tour himself. In the meantime, he will be playing Idaho Junior Golf tourneys and traveling to places like Las Vegas, Portland, Ore., and Phoenix for U.S. Junior Golf competition. He has ambitions to appear at the Masters as a participant in the junior Drive, Chip and Putt event there alongside the professional tournament every year, having narrowly missed qualifying on his past couple attempts.

Ashton’s golf successes have inspired the rest of his family to take up the sport as well. Sean and Ashton have competed as a father-son team in the past, while Ashton’s older sister, Avery, has gone to State for the Lewiston High golf team and is currently entering her senior season with the Bengals.

Away from the golf course, Ashton played quarterback in a flag football league last year, and he would like to someday hold that position for the Lewiston varsity. The Literals are the owners of LaRe’ Boutique on Thain Road, and Sean has a job at Clearwater Paper, where he once worked with Dahmen’s father.

“We’re just normal Valley people,” Laci said. “We’re nothing big, we’re nothing special, and we just have a kid who is super-talented.”