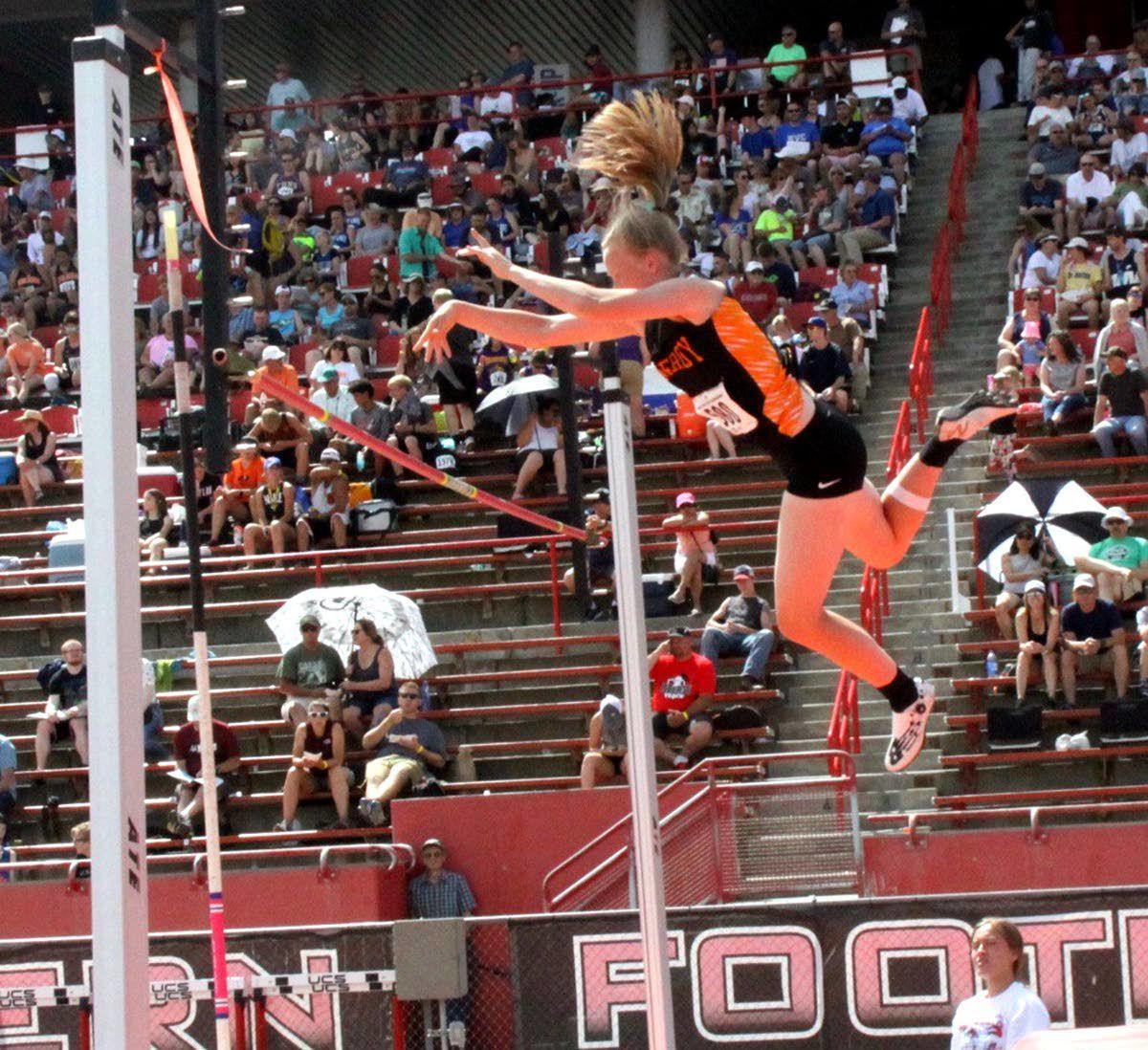 Sydney Watko descends to the mat after a failed attempt at the Washington small-school track meet at Roos Field in Cheney. 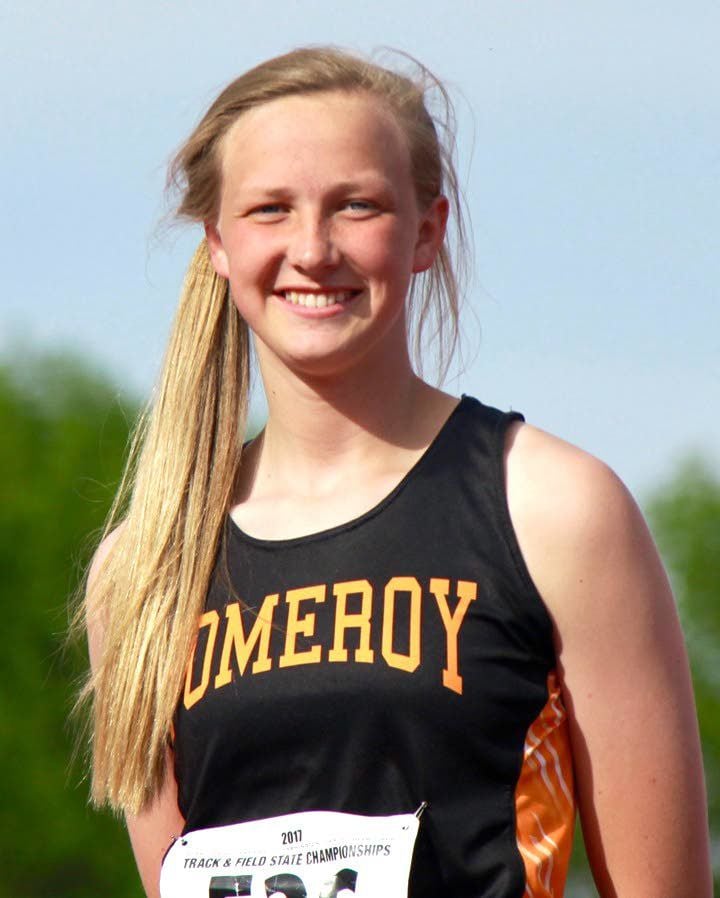 Sydney Watko of Pomeroy High is shown after winning her first 1B pole-vault title in the 2017 Washington small-school track meet at in Cheney. Watko defended her title the following year, but hasn’t been back to State since. Fred Knebel photo 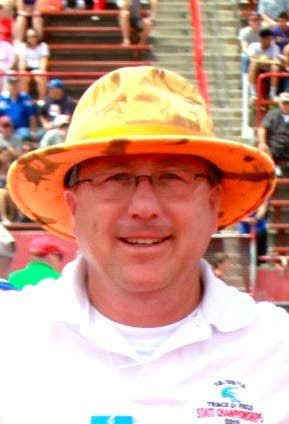 Sydney Watko descends to the mat after a failed attempt at the Washington small-school track meet at Roos Field in Cheney.

Sydney Watko of Pomeroy High is shown after winning her first 1B pole-vault title in the 2017 Washington small-school track meet at in Cheney. Watko defended her title the following year, but hasn’t been back to State since. Fred Knebel photo

Latest in a series of profiles of high-school seniors whose spring-sport quests were derailed by the coronavirus pandemic.

Sydney Watko never considered the pole vault her primary athletic pursuit. It was more of a hobby, an avenue of self-expression. At the high-school level, her early success in the vault drew upon a verve and a determination that would later define her identity in other sports.

At one point, in fact, the Pomeroy High athlete seemed a decent bet to go 4-for-4 in state pole-vault championships over the years.

After claiming two titles, though, she never got a chance to win another. A stress fracture sidelined her last year, and now she’s among the innumerable athletes whose final prep season has been blotted out by the coronavirus pandemic.

At least she can say she finished 2-for-2 in state meets she actually competed in.

“It’s really a tough year for the seniors,” Watko said by phone recently. “It’s definitely building our character, and it’s something we have to look on the positive side of.”

For her, there’s plenty to see.

Last September, she signed with the women’s basketball program at Allegheny College, a private liberal-arts school in Meadville, Pa. As an NCAA Division III school, the Gators can’t bestow athletic scholarships, but Watko said she’s received a trustee scholarship worth about $132,000 spread over eight semesters. It will give her a chance to pursue a medical career inspired by her mother.

Still, Watko will leave high-school sports with a sense of unfinished business.

For the past few years, she’s been part of a cadre of smart, focused female athletes at Pomeroy whose increasing mastery of team dynamics culminated in a Washington 1B volleyball championship last November.

But she’s also shown a flair for an individual pursuit that, on the girls’ side of prep track and field, often goes against the grain.

“In junior high I had been more into the sprinting — I did some relays and high jump,” she said. “Then one day in practice, they were like, ‘OK, we’re going to let junior-high athletes try to pole-vault.’ I did it in a couple of meets. I noticed that not many females did it, and I was getting up there pretty well. It was fun but it was also challenging, especially mentally.

“You could say it’s scary going upside-down on a pole. I mean, I was working on my form and got more upside-down, which got more terrifying as I went on. I remember falling into the pit a couple of times. But just the part of flying over the bar and setting new goals that you’ve been working for — that part was just super-exciting to me.”

This year, she had reason to think she’d significantly improve upon her personal-record of 9 feet, 3 inches, achieved in 2018 when she repeated as 1B girls’ champion at the Washington small-school track meet in Cheney.

During the months after that meet, Pomeroy High, having passed a bond by fewer than 10 votes, began installing a $1.2 million track facility that included a spiffy new pole-vault area.

Even before that, the Pirates had overachieved in the pole vault, collecting seven state titles since 2011, including six since Fred Knebel had become official vault coach in 2013. But that success had more to do with moxie than money — and pole-vaulting, to be sure, is an expensive venture at which small-school athletes are generally at a disadvantage.

“It’s 10 times better,” Watko said of the new vaulting facility. “We located it differently on the track, to work with the wind usually. We got a new pit, and new mats that are super-expensive that are better to land on, instead of landing on — there were kinda like wooden pallets under our last one. It was something I was really looking forward to.”

But she scarcely got a taste of the new set-up before her stress fracture became evident last year, forcing her to relinquish her season. And she mustered only a couple of practices at the new pole-vault pit this season before spring sports across the nation were suspended by the pandemic.

With all the facility improvements, on top of Watko’s two years of general training since her last serious vault work, plus the continued coaching input from Knebel, she figured she could have cleared 11 feet this year. The 1B state-meet record is 10-3.

At any rate, she helped the Pirates to successful volleyball and basketball seasons this school year. In the latter sport, they twice stunned state powerhouse Colton during league play and went into the state tournament seeded No. 1. But they chose a bad time for a subpar performance and lost in the semifinals to Oakesdale.

“I was looking forward to getting out some of that frustration in track,” Watko said.

Even in that sport, several Pomeroy standouts of recent years have striven chiefly for team accomplishments. They went 9-for-9 in top-4 placings in state-meet relays between 2017 and ’19. They nabbed three relay titles during that time, including one involving Watko three years ago.

But the nucleus of that relay corps graduated last year after a climactic two-title performance at State, while Watko was rehabbing from her stress fracture.

“That was really hard — the relay team was a big part of me,” Watko said. “After I was injured, I went to meets and supported them. But State was when it really hit hard, sitting up in the stands instead of being on the field with them. It was definitely not how I pictured it.”

This year, she’d have probably stepped away from the relays and concentrated on the pole vault. Instead, with track season canceled, she’s been focusing on schoolwork and even building long-distance bonds with classmates-to-be in Pennsylvania.

She’s the seventh of eight children of David Watko, a maintenance worker for Garfield County, and Ginger Watko, a chief nursing officer who — unwittingly, she says — motivated Sydney to plunge into medicine herself.

“She obviously knows that I’ve been in nursing and health care for a very long time,” Ginger Watko said by phone Sunday, “but I didn’t see it coming. I guess I was I honestly thinking it came more to light when she and her sister would sit around and watch ‘Grey’s Anatomy.’ They would just binge-watch that show during the summertime.”

Whatever the inspiration, Watko’s goals are specific. She plans to major in biochemistry, with a minor in psychology, and wants eventually to become a nurse anesthetist. Her high-school grade-point average is 3.85.

“Sydney’s a sweetheart — she wears her heart on her sleeve — but she’s also a very smart girl and she’s got a good head on her shoulders,” Ginger Watko said. “She’s very independent and very driven. When she sets her mind on something, she sees it through to the end.”

In the case of one of her pursuits, the end came prematurely. But who knows? Allegheny College has a track and field program. Maybe there’s more vaulting in Watko’s future after all.