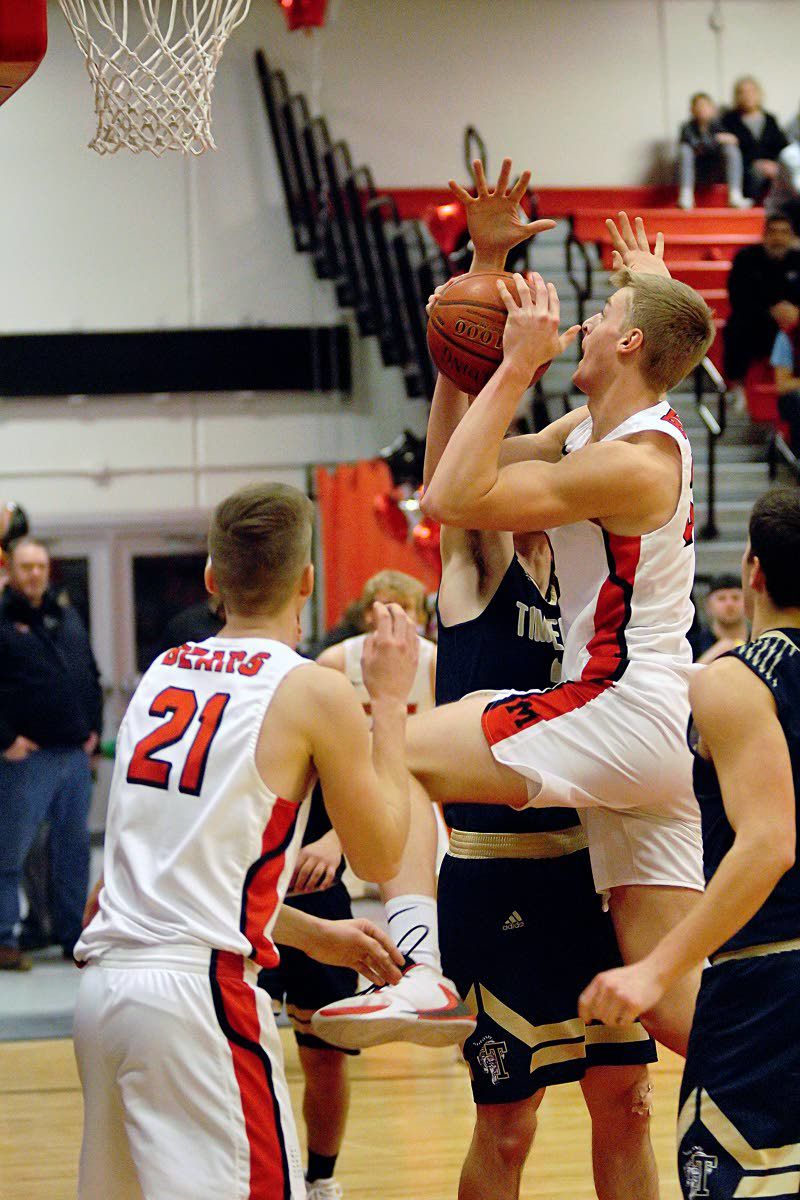 Kai Eiselein/Moscow-Pullman Daily NewsMoscow’s Ben Postell (with ball) drives the lane to put up a shot during Friday’s nonleague game against Timberlake. Postell finished with 10 points for the Bears. 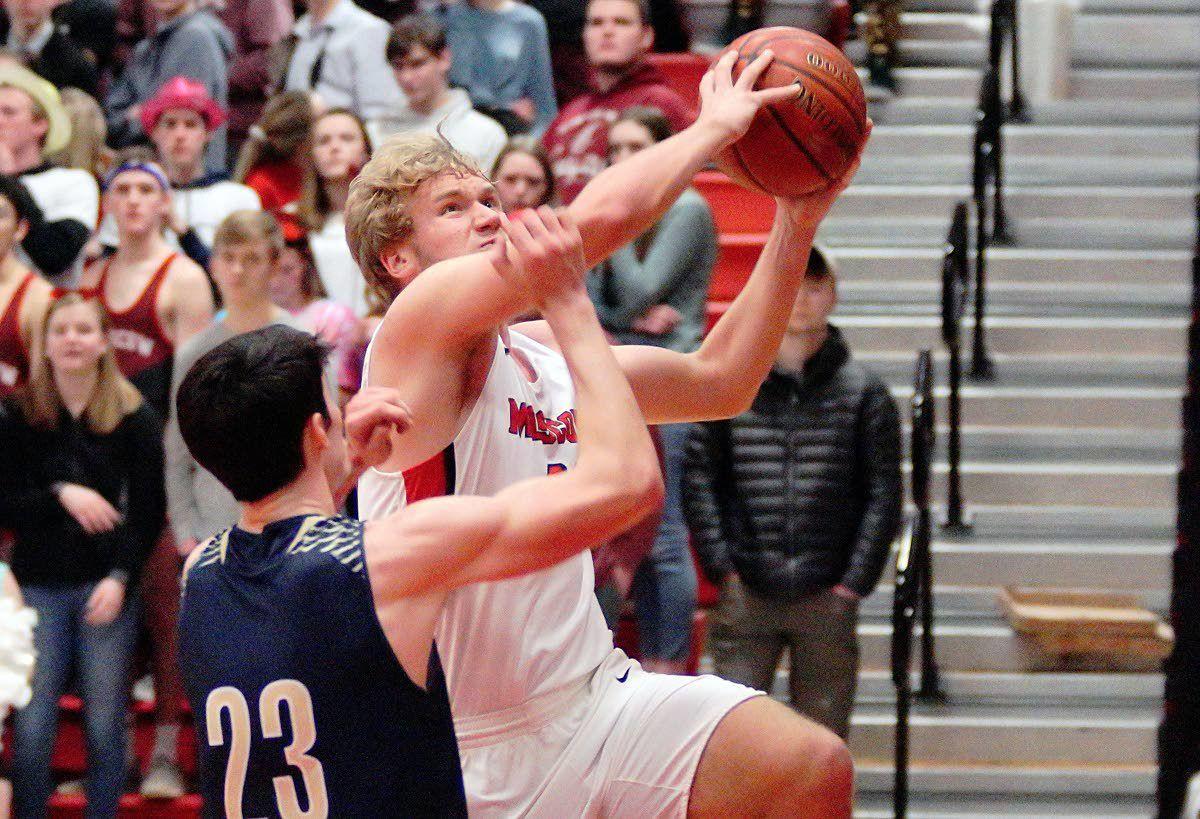 Kai Eiselein/Moscow-Pullman Daily NewsMoscow’s Ben Postell (with ball) drives the lane to put up a shot during Friday’s nonleague game against Timberlake. Postell finished with 10 points for the Bears.

MOSCOW — Just two minutes into the game, Moscow’s Ben Postell went down with an ankle injury on the baseline during the Bears’ senior night boys’ basketball game Friday against Timberlake at Bear Den.

After being helped off the court, it looked like the senior post was done for the night. But Postell was determined to shake off the pain.

He returned to the game in the second half and finished with 10 points in Moscow’s 64-44 victory — its seventh straight.

“I really wanted to (go back in) — I wanted to get my senior night in,” Postell said. “You only get it once, so that’s what you gotta do. It’s a little sprain, so we’ll get it healed back up.”

Moscow relied on its seniors and its defense to defeat its opponent from Spirit Lake.

The Bears flew out to a 15-4 lead in the first quarter and held the 3A Tigers to 11 points in the first half.

Normally a reserve, senior guard Hayden Thompson got the start with the Bears’ three other seniors — Brayden Decker, Reef Diego and Postell — and led his team with 13 points.

“They’ve been great leaders for all the younger guys,” Moscow coach Josh Uhrig said of his seniors. “A couple of them have been to State a couple times, so they know what to expect. So they’re helping the younger guys recognize the expectations of the program.”

Moscow (12-9) held Timberlake scoreless for a nearly eight-minute stretch in the first half that spanned a solid chunk of the first and second quarters.

The Bears’ signature defense is a big reason why they haven’t lost a game in exactly a month — 5A Lake City beat Moscow 52-44 on Jan. 14.

“We spend a lot of time on our defense,” Uhrig said. “I thought we did a great job pressuring them defensively.”

But in the second half, the Bears “got too lazy defensively,” and the Tigers found life. Timberlake’s Jacob James (17 points) and Jack McDonald (11) hit five of their six 3-pointers after halftime.

With Timberlake making shots, the game picked up pace. Moscow went from a 28-11 halftime lead to a 44-26 advantage after three quarters.

“I called a timeout ... just trying to get them to refocus,” Uhrig said. “They did a great job of refocusing, got some stops (and) got some easy buckets.”

In total, 11 players scored for Moscow in its balanced effort. The lone non-senior starter, Benny Kitchel, chipped in 11 points.

Postell said Moscow’s quick passing — another signature element of the Bears’ style — was on display.

“We were passing the ball really well,” he said. “No one was selfish. That’s what we’ve been working on. We all want to shoot the ball, but we know to find the hot hand.”

Moscow returns to the court at 7 p.m. Tuesday when it plays host to Coeur d’Alene. Uhrig said the Bears chose to celebrate senior day Friday since they generally get larger crowds during the weekend.

With its seven-game winning streak, the media have taken notice of Moscow’s recent success. The Bears were unranked but received four points in the latest poll.

“Really since Christmas, the seniors have taken ownership of the team and carried everyone along,” Uhrig said. “We’ve responded really well. We’ve kind of been on a roll lately.”